William Fancher is pictured in training with the U.S. Army during World War II. He later deployed to France, where he met Michel Schuer’s mother. (Courtesy/Becky Landreth Henson)

Michel Schuer was born and raised in Rheims, France, where as a teenager he learned from his grandmother that his biological father had been an American soldier in World War II.

Decades later, through online ancestry and research forums, Schuer was able to connect with his half-sisters and other extended family living in Mid-Missouri.

"I was sitting in the parking lot at the Truman Building before work one morning, and I received a message written in French on Facebook messenger," said Becky Landreth Henson, a cousin to Schuer. "It was Michel's daughter asking about William Fancher."

She continued, "At first, we thought he was asking about William Fancher's father, but then she sent a picture of him standing by Michel's mother in France during World War II."

William Fancher of Crocker married Dollie Champion in 1941. During World War II, he was drafted into the U.S. Army and, after training at Fort Dix, New Jersey, deployed to France and served as a truck driver.

Through the help of a translator, Michel Schuer said, "William Fancher arrived in Southern France in September 1944 and ended up at Rheims later in the war. That's where he met my mother, who was 17 years old at the time, and they conceived me," he said.

The recipient of a Bronze Star Medal, Fancher returned to the U.S. in 1946. He then reunited with his wife and went on to raise two daughters and two sons.

"Our mother knew about Michel in France because our father's commanding officer sent her a letter explaining the situation," Linda Knudson said. "After the war, he worked for the state and went from farm to farm inspecting the health of livestock."

Born in 1946, Michel Schuer was raised by his mother for several years, never knowing the identity of his father. When he was approximately 8 years old, his mother remarried. Experiencing conflict with his stepfather, Schuer eventually went to live with his grandmother.

"His mother kept in touch with our father for a few years," Linda Knudson said. "We had a picture of Michel as a little boy and on the back of it was written 'little French boy.'" She continued, "It was a picture that Michel's grandmother sent to our mom, but we didn't get any more after that because she didn't think it was right."

Michel's mother was only 18 years older than him, and his grandmother became more of the motherly figure in his life. Although his family did not speak about his real father's identity, shortly after he turned 17, his grandmother explained to him his true paternal heritage.

"I wanted to know more about my family and connect with them, but back in those days, we didn't have the internet and you were not able to find people like you are now," Schuer said.

As an adult, he served as a truck driver during an enlistment in the French army. Following his discharge, he completed a career as a long-distance truck driver, hauling supplies throughout much of Europe. In 1980, he married his fiancée, Anita, and the couple became parents to six children.

Linda Knudson said, "My father never mentioned Michel to us; it was my mother who told my twin sister and I about him sometime in the 1970s. We would loved to have reached him, but back then, it wasn't like you could jump on a plane and just go find somebody."

Becky Landreth Henson added, "I did an ancestry DNA test and moved my information to another heritage site. That's where Michel's daughter found our information and then reached out to us back in February of 2021."

She continued, "We knew about him for years and were excited that we finally came together. He was supposed to fly to the United States last year, but couldn't at that time because he was waiting on a heart valve replacement."

Last year, Schuer's mother in France died while in her mid-90s. Prior to her death, she revealed symptoms of dementia and, when visited by her grandson, believed him to be William Fancher, the man she fell in love with during World War II.

"It was my son, and he does look like my father did when he was a young man in the Army," Schuer tearfully remarked.

After decades hoping to find his American family, Schuer's wish came to fulfillment when he and his wife recently traveled to Missouri. They visited the community of Crocker to see where his father had been raised, lived out his life, and is now buried. Although his two half-brothers have died, he has enjoyed the emotion-filled reunion with his two half-sisters.

"When I was very young, I remember having a recurring dream that I would have the same last name as my real father," Michel Schuer said.

Speaking of the persistence and research required to finally locate his family living in the United States, Schuer said, "I have always wanted to know where I came from and that has always been the most important thing for me."

"While I've been here, we even had a family reunion," he added with a grin. "I've been looking for my family for many decades, and I am very proud to have been able to come here and meet all of my American relatives." 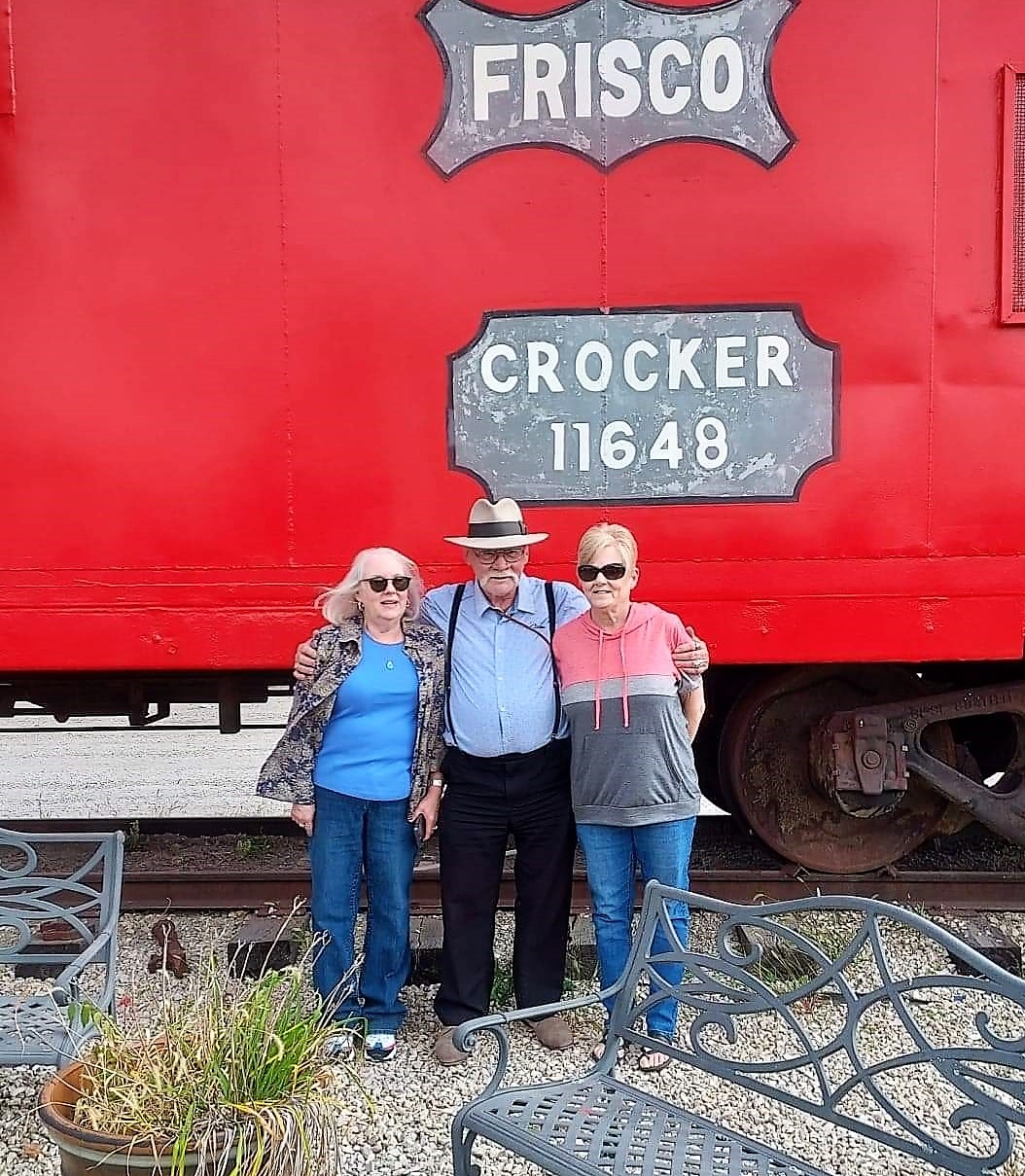 Born in Rheims, France, in 1946, Michel Schuer learned while growing up his father had been an American soldier serving in Europe during World War II. Through the internet, he connected with his American family and is pictured with his half-sisters, from left, Glenda and Linda.