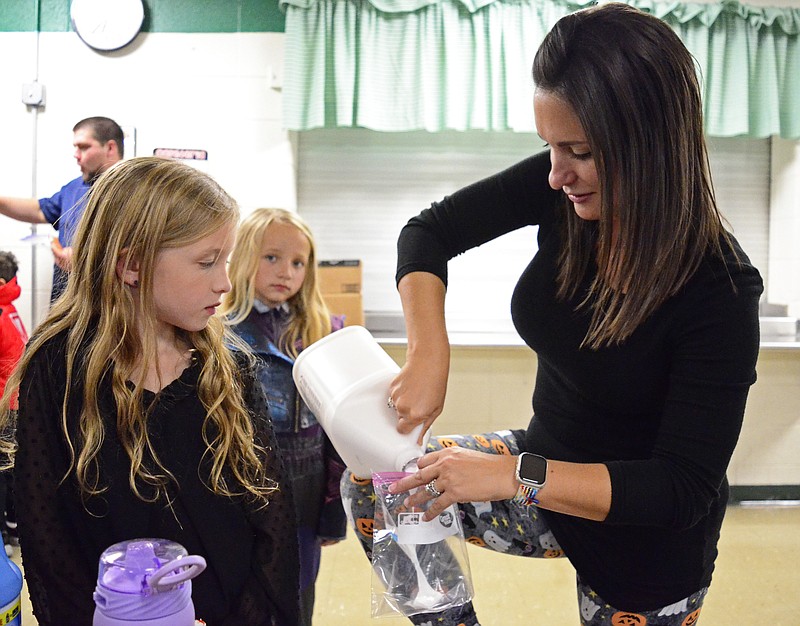 The Jefferson City School District is hoping to recruit and retain teachers, increase student achievement, and encourage growth in its teachers by participating in a statewide program that provides supplemental pay for extra work that educators put in.

The Missouri Legislature this year restored state funding for the Career Ladder program, which offers stipends of up to $5,000 for teachers who complete a certain number of hours of work outside of their contract time. It can include things like sponsoring an after-school club, tutoring, professional development or hosting parental engagement events. The program had gone unfunded by the state since 2010, but with its revival, participating districts can receive 60 percent of the cost of teacher stipends from the state, while the local school district pays the other 40 percent.

Deputy Superintendent Heather Beaulieu said she sees the program as a "win-win" because it "gives teachers a chance to make supplemental pay for going above and beyond, which we know they already do."

Beaulieu sent a survey to staff to gauge initial interest in the program, and 236 teachers indicated they would like to participate, she reported at the September school board meeting.

As Beaulieu put together the application to send to the state, however, that number grew.

Teachers may not have been familiar with the program, she said, "so I think once staff realized, learned more and heard more and they talked to each other, then more and more staff decided to participate."

In the end, the interest nearly doubled. Five hundred staff members are involved, about 65 percent of the district's certified staff.

The state will provide a grant of about $1.3 million to the district, and JC Schools will pay around $800,000.

Teachers have already turned in a plan for their predicted activities.

Some of the top activities are tutoring, parental involvement activities, professional development after school, book studies, collaborative planning, mentoring younger teachers, and working on further education, such as a master's degree.

Several clubs and activities are likely to come out of Career Ladder. The Cybersecurity Clubs at CCHS and JCHS, a piece of a new partnership between Lincoln University and JC Schools to boost cybersecurity skills and academic programs, will be covered under the program.

Beaulieu said activities that occur during contract hours, do not impact student achievement, or for which a teacher is already compensated are not eligible for Career Ladder. Athletic events are also not eligible.

Chad Rizner, a Jefferson City High School teacher in his 27th year of education, volunteers with Student Council. He plans to participate in Career Ladder, earning hours for professional development regarding student activities and hosting the 75th Missouri Association of Student Councils State Convention at JCHS in March, which is expected to bring in about 1,000 students.

Rizner had heard of the program before as a young teacher in Mount Vernon, Missouri, but at the time, he didn't have enough experience as a teacher to participate.

"I didn't really know a whole lot about it until it was brought up this year and offered to us," he said.

Rizner said unlike other jobs, where extra time covering a shift or working extra hours may be paid, teachers often give up their evenings and weekends, sacrificing personal time for no compensation. This program will offer them some compensation for the extra work they already put in, he said, and hopefully it will be a program that remains consistent for years to come.

Jennifer McBaine, a Cedar Hill kindergarten teacher of 15 years, said she was excited about the recognition of teachers' work outside of school hours.

McBaine is hoping to start some sort of after-school club in the spring, possibly revolving around girls in STEM. She would like another teacher to work on the idea with her.

"I'm excited, though, that we are opening up to so many new things with this Career Ladder, because it's not just about making the money and getting the hours, but it's about being able to do more things to help kids outside of school, too," McBaine said.

She said she's already received a few emails from other teachers offering books studies or chances to work on curriculum, and she thinks the program will probably bring teachers together as well. McBaine is on track to earn 10 hours by the end of the month. On Thursday, she participated in a STEAM night for students that counted toward those hours.

Both Rizner and McBaine are shooting for Stage 3 hours, but they also have the option to drop down to Stage 2 if they can't meet that mark.

Career Ladder could also give Jefferson City an advantage in teacher recruitment, as the district was not able to take advantage of the statewide grants for teacher pay raises since its pay was higher than the minimum. The district is now able to offer teachers a chance at an additional $5,000 through the Career Ladder program.

Teachers are now logging their hours. Beaulieu will check in with them in January to make sure they are on pace to meet their goal, at which time a teacher can choose to move down to a lower stage with a lower hours requirement if needed.

The Missouri Department of Elementary and Secondary Education received around 140 school district applications for the program, resulting in a state payout of about $30 million and a local contribution of about $20 million. 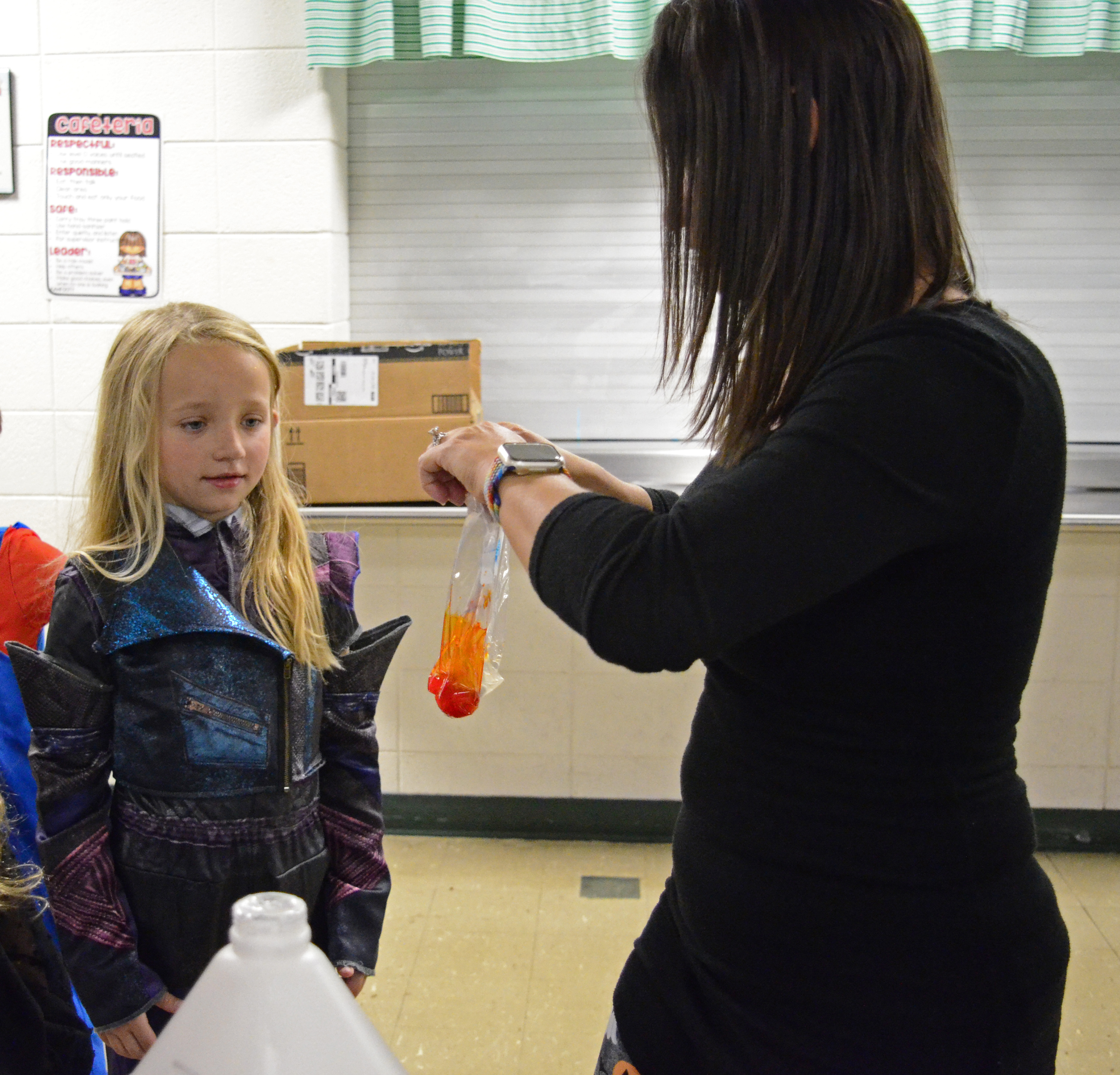 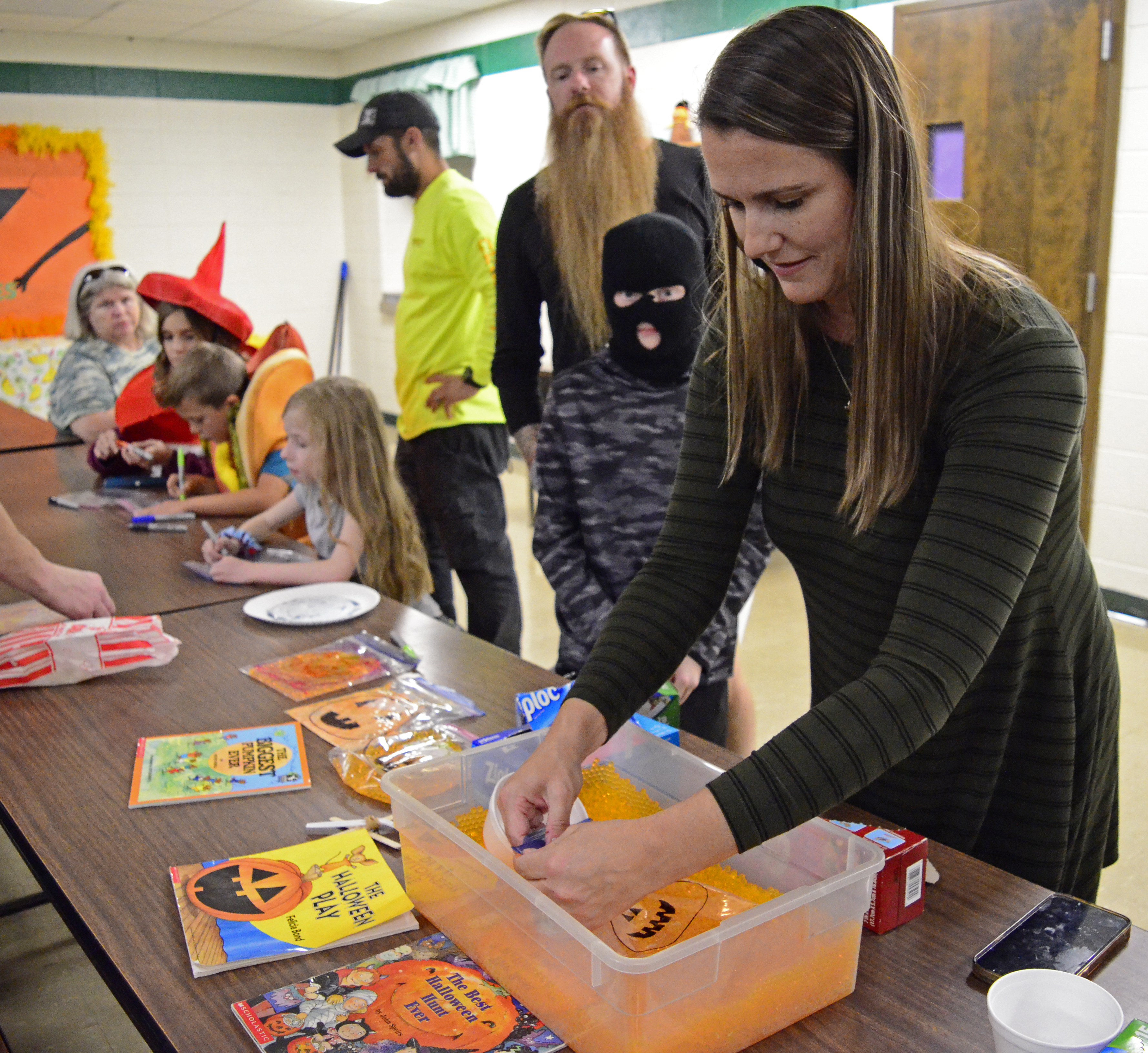 Eileen Wisniowicz/News Tribune photo: Jessica Long bags orbeez for students on Thursday, Oct. 20, 2022 at Cedar Hill Elementary School. Long is a Kindergarden teacher along with Jennifer McBaine. Both teachers spent the evening interacting with students at the after-hours school event. 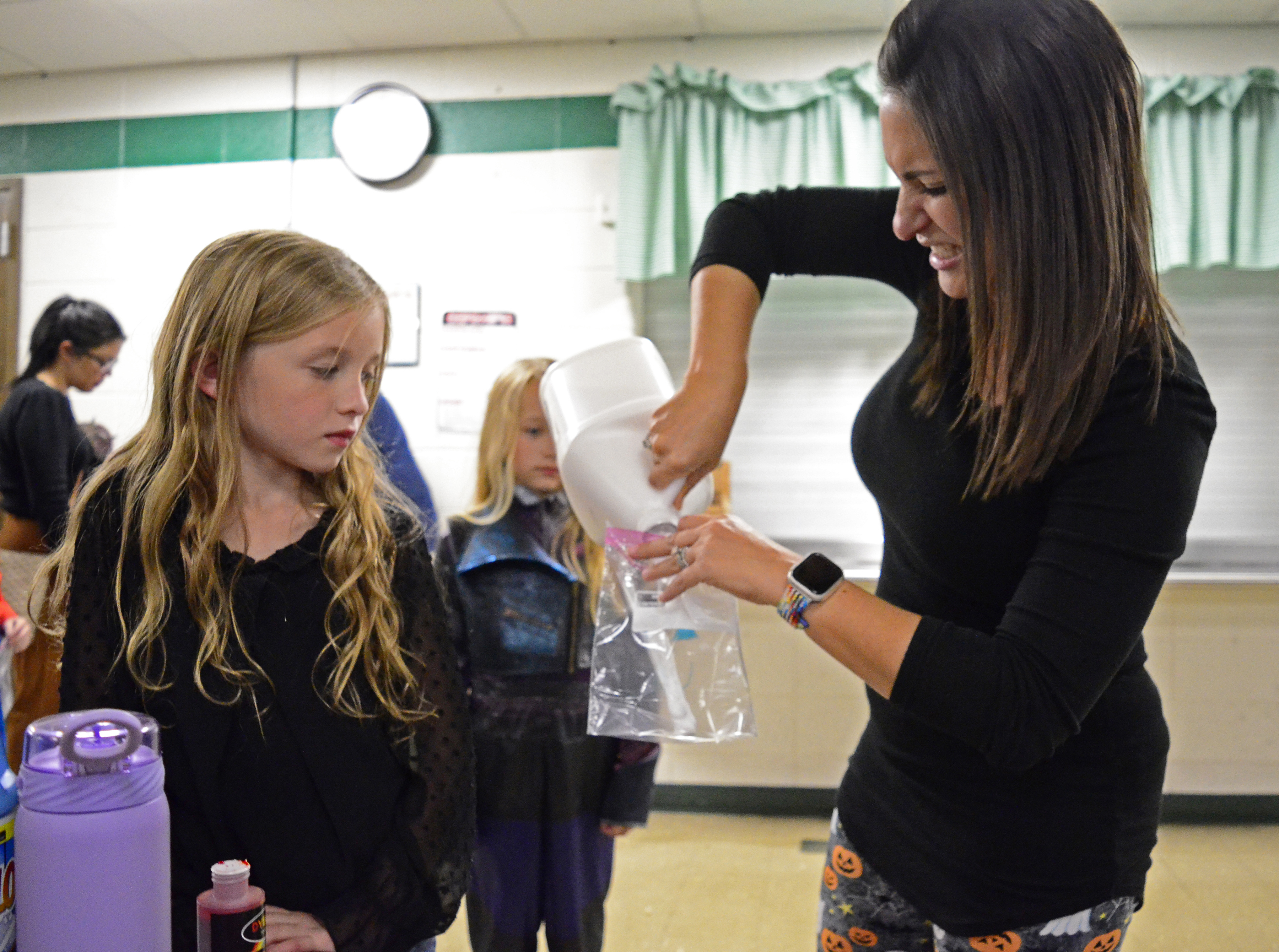