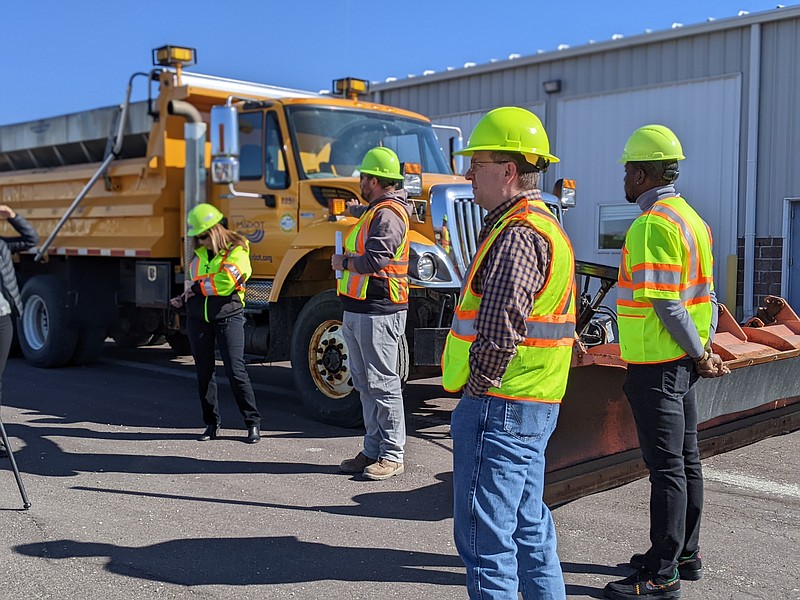 Motorists may have noticed Missouri Department of Transportation snow plows out and about Thursday, but there will be fewer combating winter weather this year compared to last.

MoDOT maintenance crews performed their annual statewide winter weather drill Thursday, but the typical 3,400-person team of plow operators is down by 900 employees this year.

"We're almost a third less than what we need to be able to fill every truck we have over a 24-hour period," Central District Engineer Machelle Watkins said. "So we don't have enough people to operate all the trucks we've got."

If a widespread winter storm lasts more than 12 hours, MoDOT Director Patrick McKenna said the department will not have enough employees to fill all of its trucks for a second shift.

This year's employment shortage is an escalation from last year, when MoDOT was down a few hundred drivers statewide.

McKenna has often said the state's uncompetitive salaries are the main driver of employee turnover, which Watkins said is true for the Central District as well.

"There's a lot of competition for CDL drivers and pay is an issue," she said. "A lot of private industry can pay more than we do."

With 900 maintenance employees gone, Watkins said it will have a "significant impact" on the state's ability to clear roads and bridges.

"What you may see this year that you haven't in the past is that it could take up to or even longer than 24 hours following the end of a storm before we get to some of these routes," Watkins said.

The lack of plow operators means Missourians have to do what Watkins said MoDOT has been doing more of this year: planning and preparing.

She advised Missourians to plan around storms by picking a location they can stay for the duration of a storm and the extended time it will take crews to clear roadways. MoDOT also advises drivers to monitor roadway conditions through the online Traveler Information Map, also available through the department's mobile app.

High employee turnover rates have plagued MoDOT for the past few years. This year has been particularly bad, Watkins said.

"Over the last five years we've averaged a turnover rate of about 600 employees a year and this year we're on track to somewhere around 800 employees, 800 to 900," she said.

Watkins said more than 500 employees work in the Central District, which incorporates the 18 center-most counties in Missouri, but not all in maintenance.

She declined to say how many plow drivers operate along the 11,350 miles of highway in the Central District because the state agency often pulls drivers from other districts when there's a more localized need.

"We don't just function for just a given boundary or an area," she said. "We watch where those storms are coming in and we shift resources and employees to where the snow's going to be falling."

Watkins said partnering agencies, such as city and county governments, have the ability to plow roads but are experiencing staffing challenges as well.

"The real problem is having CDL operators available and there are a lot of job opportunities out there for them right now," she said.

The loss of employees also means a loss of experience.

"We have a less experienced team overall," Watkins said. "Certainly dedicated and capable and hardworking, but experience does give you something in terms of knowing what to look for in winter weather storms. So training is all the more important."

Thursday's statewide simulation was intended to get drivers accustomed to their routes.

All available crews statewide participated in the winter storm simulation. In addition to training drivers on routes and calibrating equipment, MoDOT activated its emergency operations center and tested communication systems throughout the day.

"They're watching for things like curbs and those concrete medians that you can't see very well once the snow starts to fall," Watkins said. "They'll come back and they'll do inspections of their vehicles, they'll calibrate the equipment to be sure they put out the right amount of material for our roads and bridges when we go to treat them."

Less than half of the storage bins at the Jefferson City Maintenance Facility are full of salt.

District Maintenance Engineer Jason Schafer said the Central District hasn't received all of its salt shipments yet, but they should arrive by the end of November. He declined to say how much salt the district has ordered for the upcoming winter season.

Schafer said the district bases its order of salt on what it has historically used and contracts with a different vendor each year.

But salt isn't always the "magic bullet," Schafer said, because it isn't effective in temperatures below 0 degrees Fahrenheit.

"Just one of our dump trucks is $2 per mile to operate," he said. 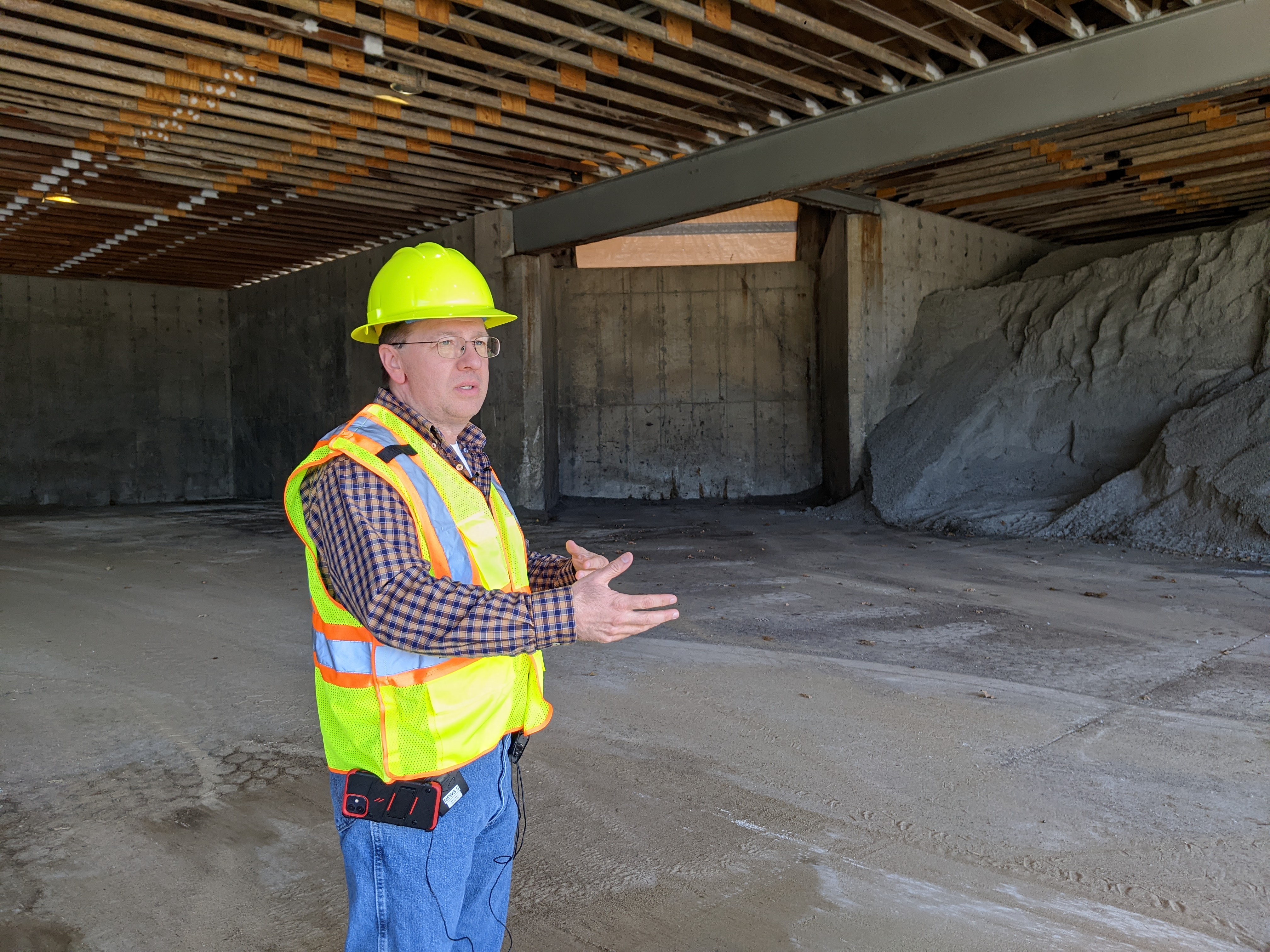 Ryan Pivoney/News Tribune Jason Schafer, MoDOT's Central District maintenance engineer, described how the department acquires salt for the winter season Thursday. The Jefferson City Maintenance Facility hasn't received all of its shipments of salt yet, but should have a complete stock by the end of November. 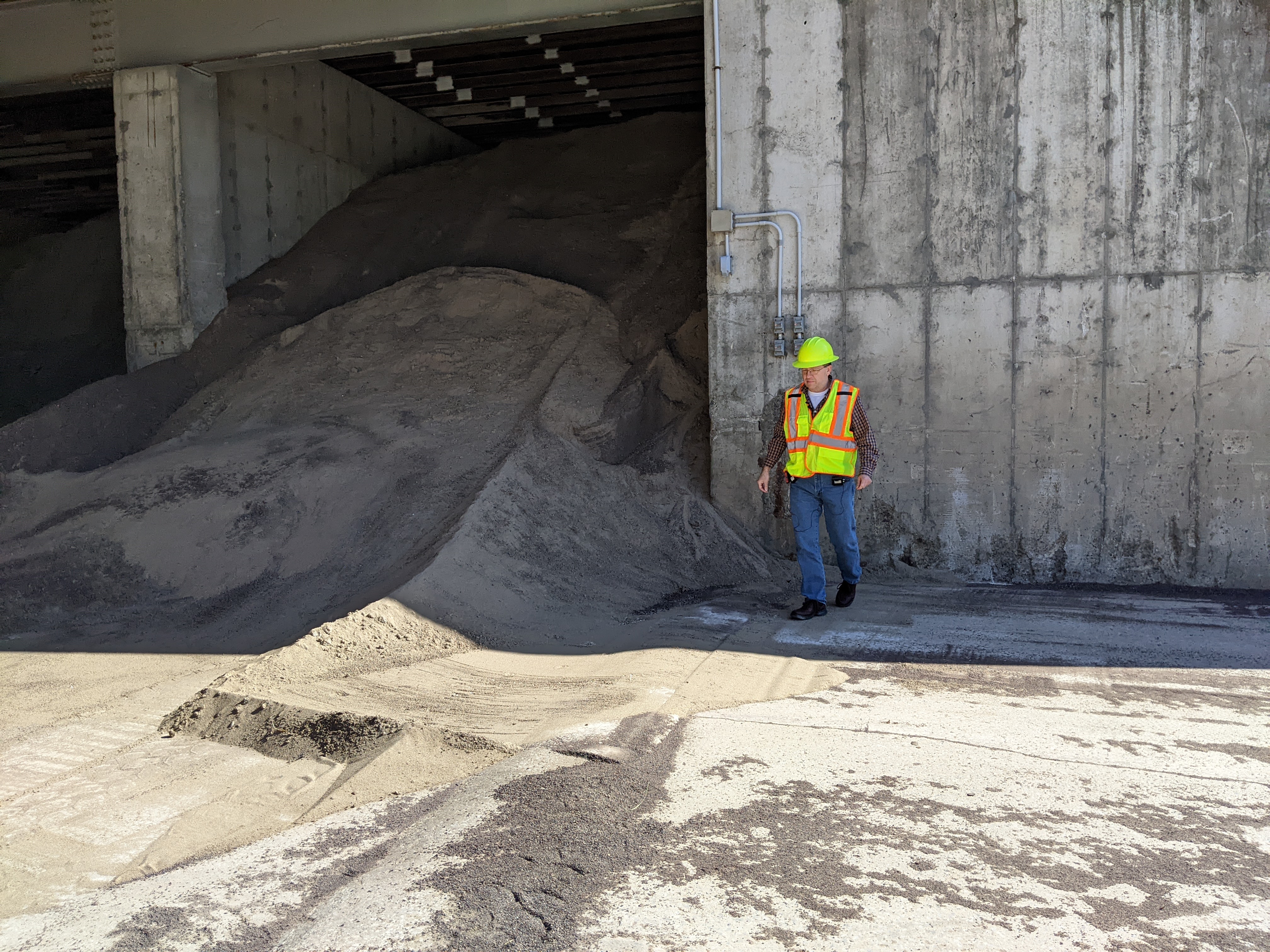 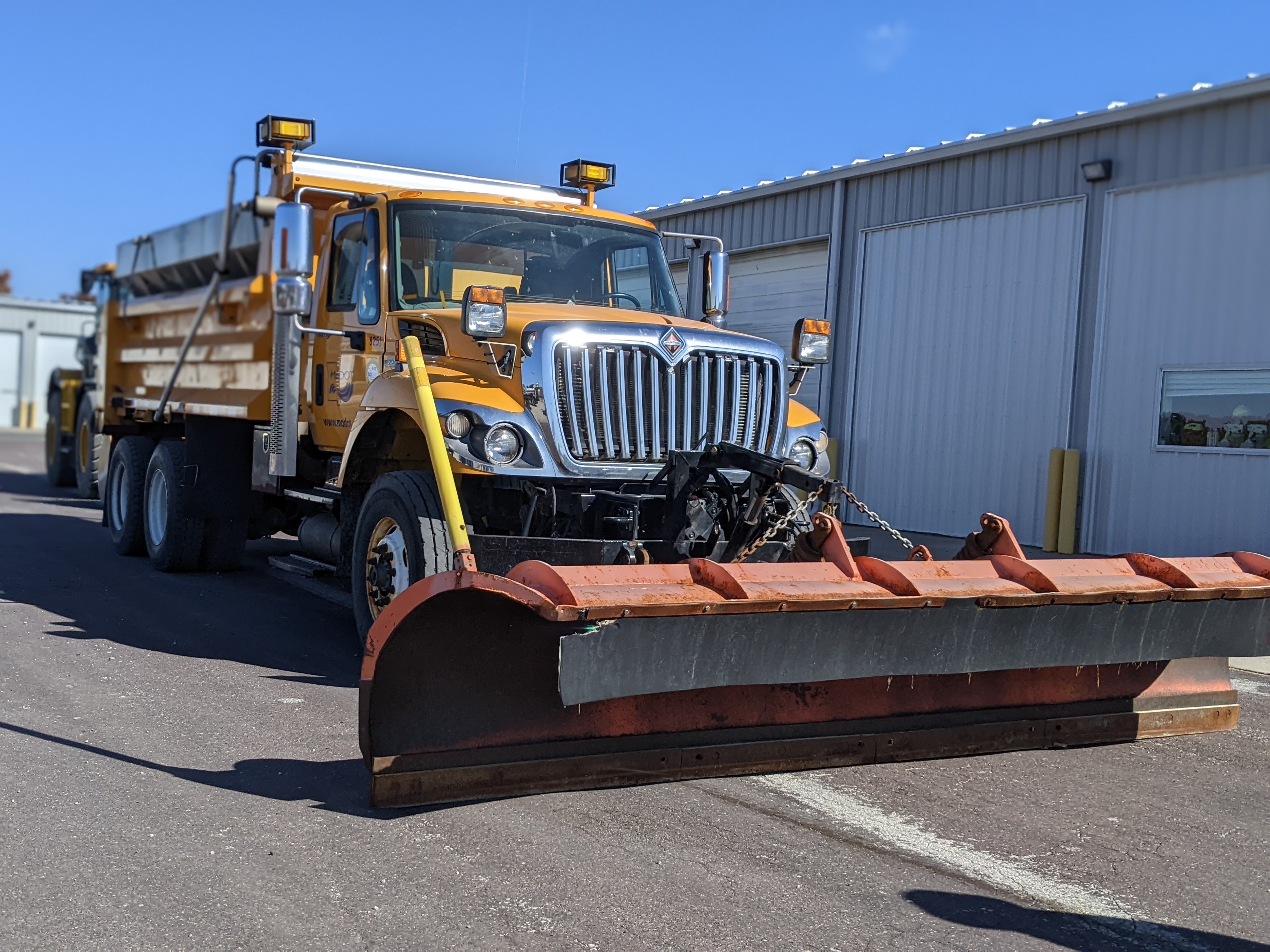 Ryan Pivoney/News Tribune The Missouri Department of Transportation conducted a statewide winter weather drill Thursday. MoDOT plow drivers trained on routes they will travel this winter before returning to the Jefferson City Maintenance Facility to inspect and calibrate equipment.