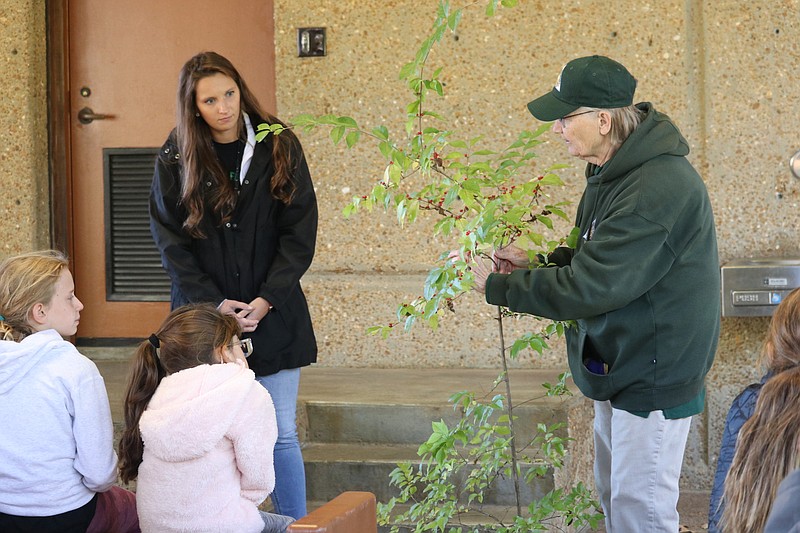 Anna Campbell/News Tribune photo: Runge Nature Center volunteer Judith Deel, right, shows students a branch of honeysuckle and points out what they should look for to identify it.

The group of Blair Oaks fifth-graders leaned over together, grasped the stubborn invasive bush honeysuckle near the roots and pulled. With a solid tug and a simultaneous grunt, they dragged it up, roots and all.

"They worked together and got it out," said Jesse Hentges, elementary school counselor, laughing. "That's awesome."

The fifth-grade students are members of Falcon Flyers, a club that has been around for many years. Falcon Flyers is a community service club that takes on various service projects in the area.

Falcon Flyers will write cards and encouraging signs for a local retirement home, set up an Easter egg hunt for area preschools, and a run a bake sale that raises money for families in the district with different needs.

On Monday, the Falcon Flyers were at Runge Nature Center.

"Today, we're just here to help with whatever we can help with here," said Hentges.

And watch out for poison ivy, they reminded students.

The students took off down the trail, hands gloved, in search of the honeysuckle. Every once in a while, an excited, "I found one!" would ring out, and the student would reach down and rip it up.

Some of the more unyielding branches required the help of a classmate or a Runge volunteer with clippers. Students would pull back the branches while a volunteer reached down and snipped the plant.

While not every student found honeysuckle to uproot, they thoroughly searched a stretch of woods together, leaving a mess of uprooted, trampled honeysuckle behind as they boarded the school bus. 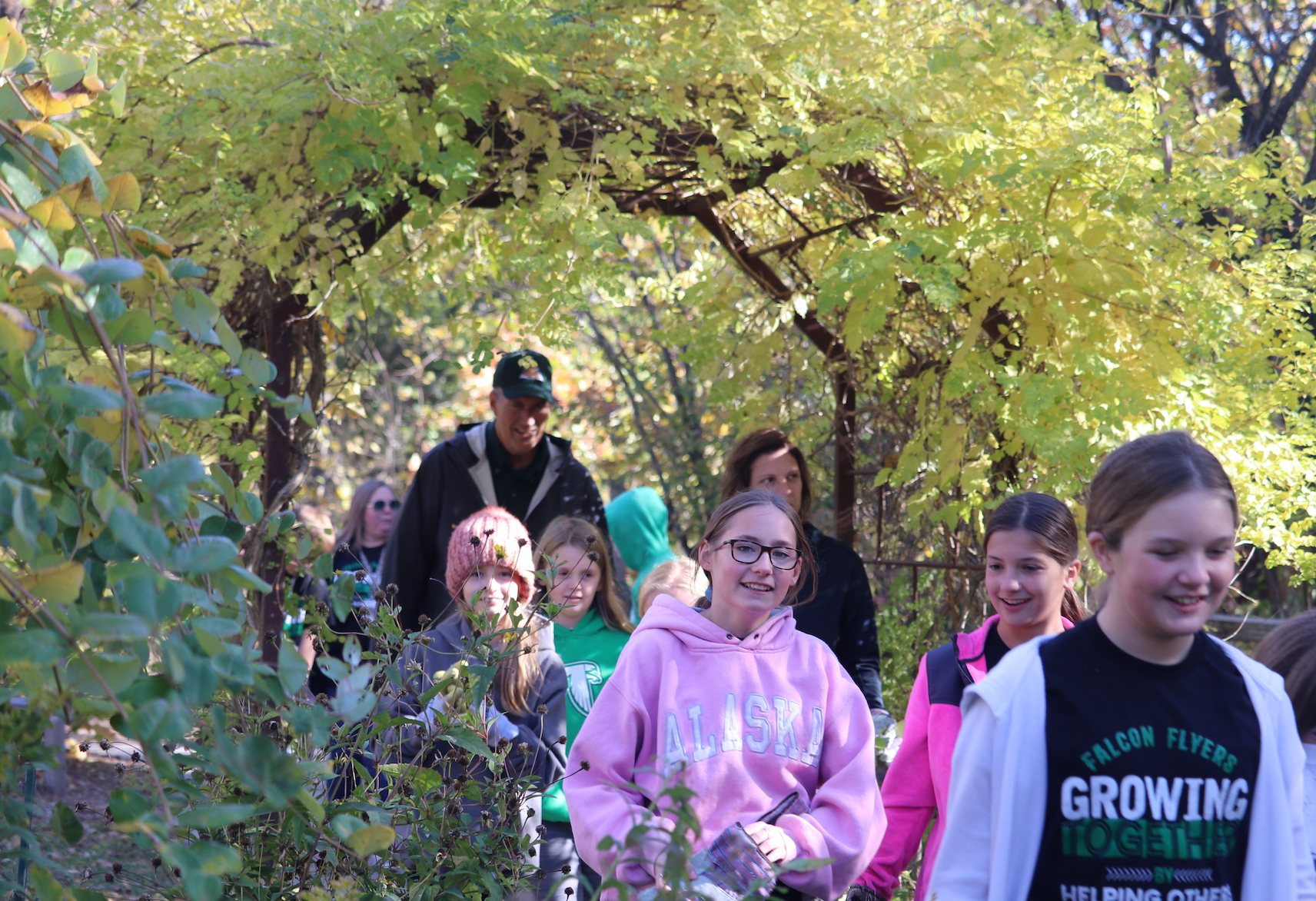 Anna Campbell/News Tribune photo: Students head down the path at Runge Nature Center toward the spot where they will search for the plants they will be uprooting. 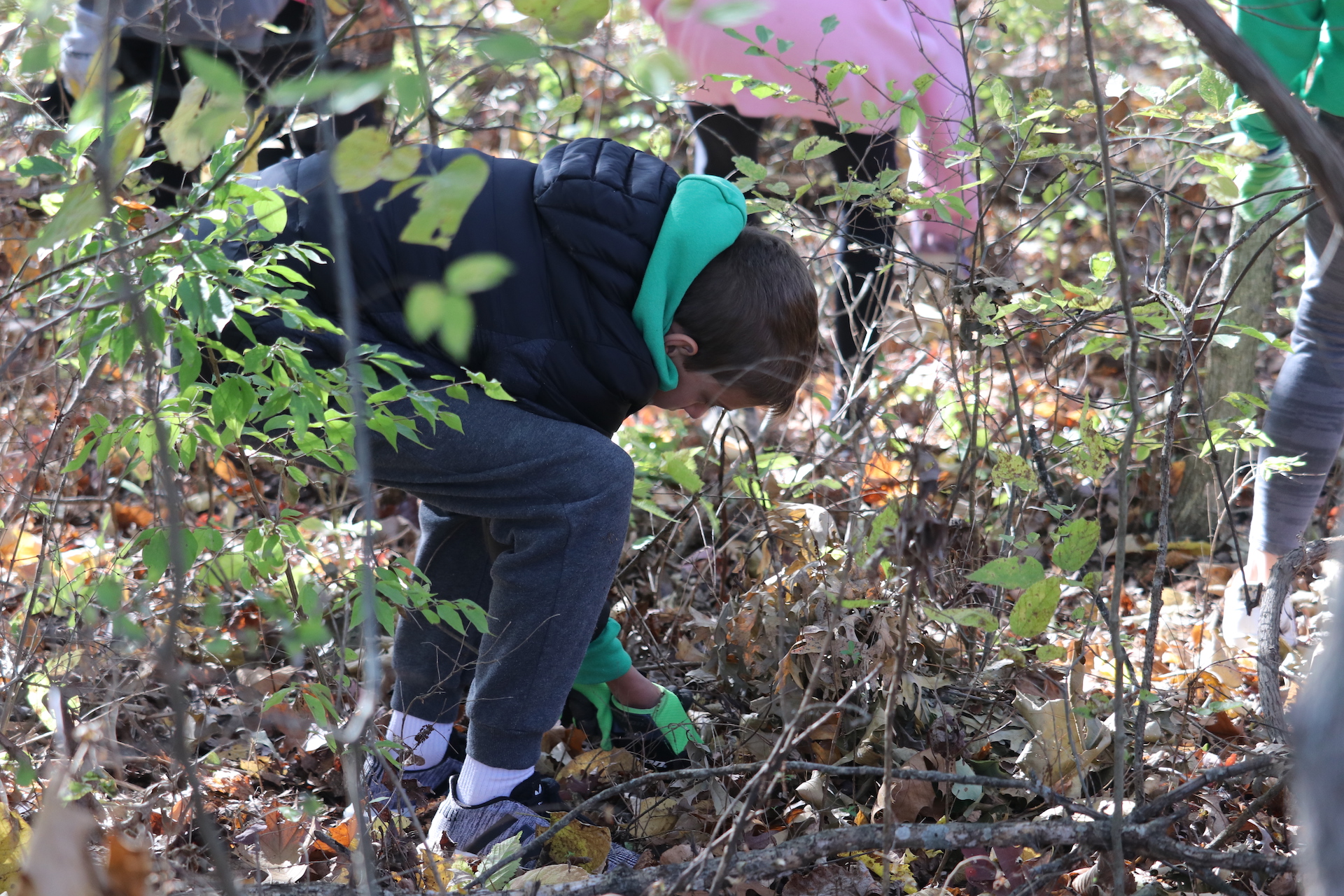 Anna Campbell/News Tribune photo: Cooper Fennewald reaches down to grab a plant. Fennewald and his classmates were searching for invasive bush honeysuckle. 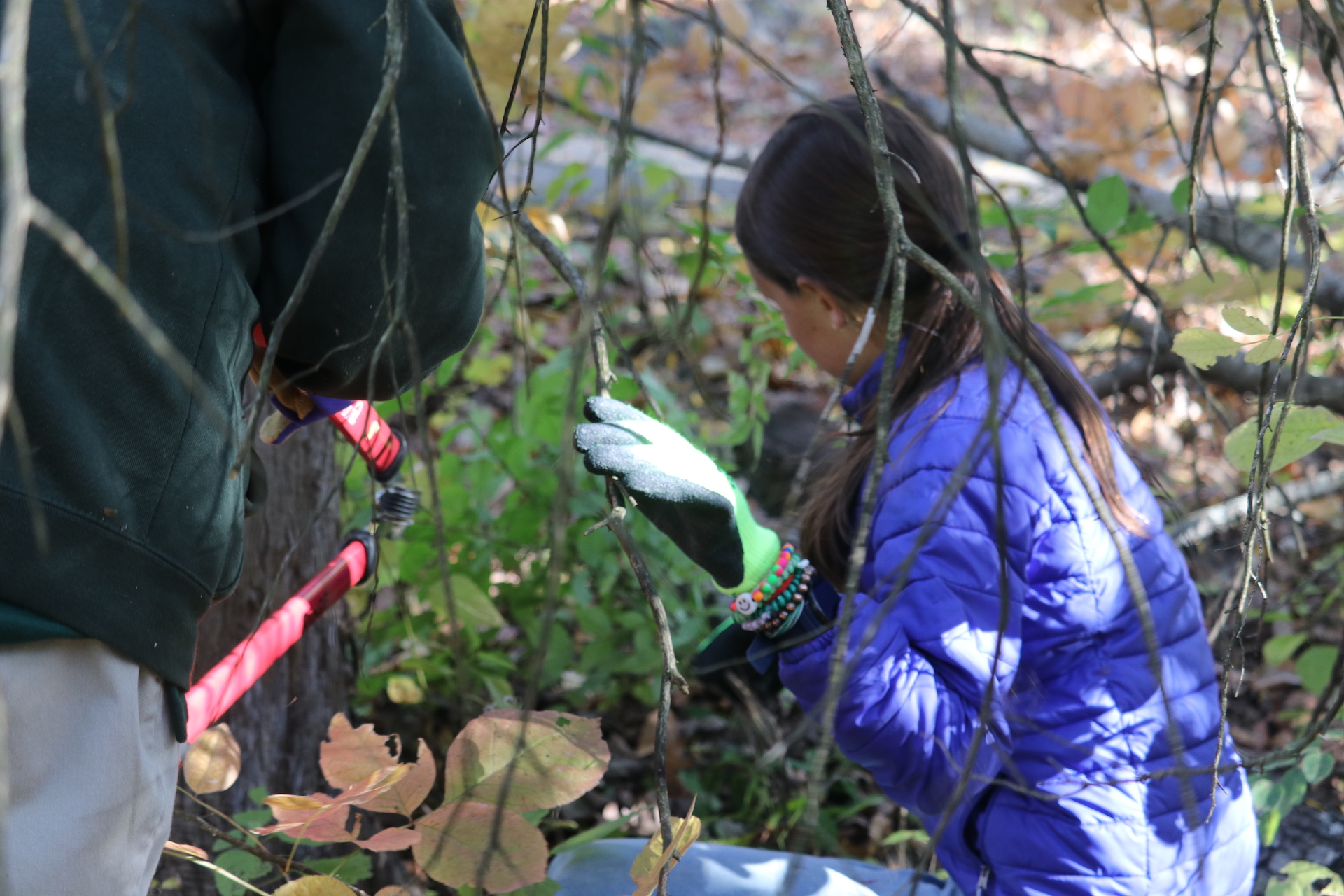 Anna Campbell/News Tribune photo: Adleigh Holloway holds back a branch as Runge volunteer reaches in to clip the plant. 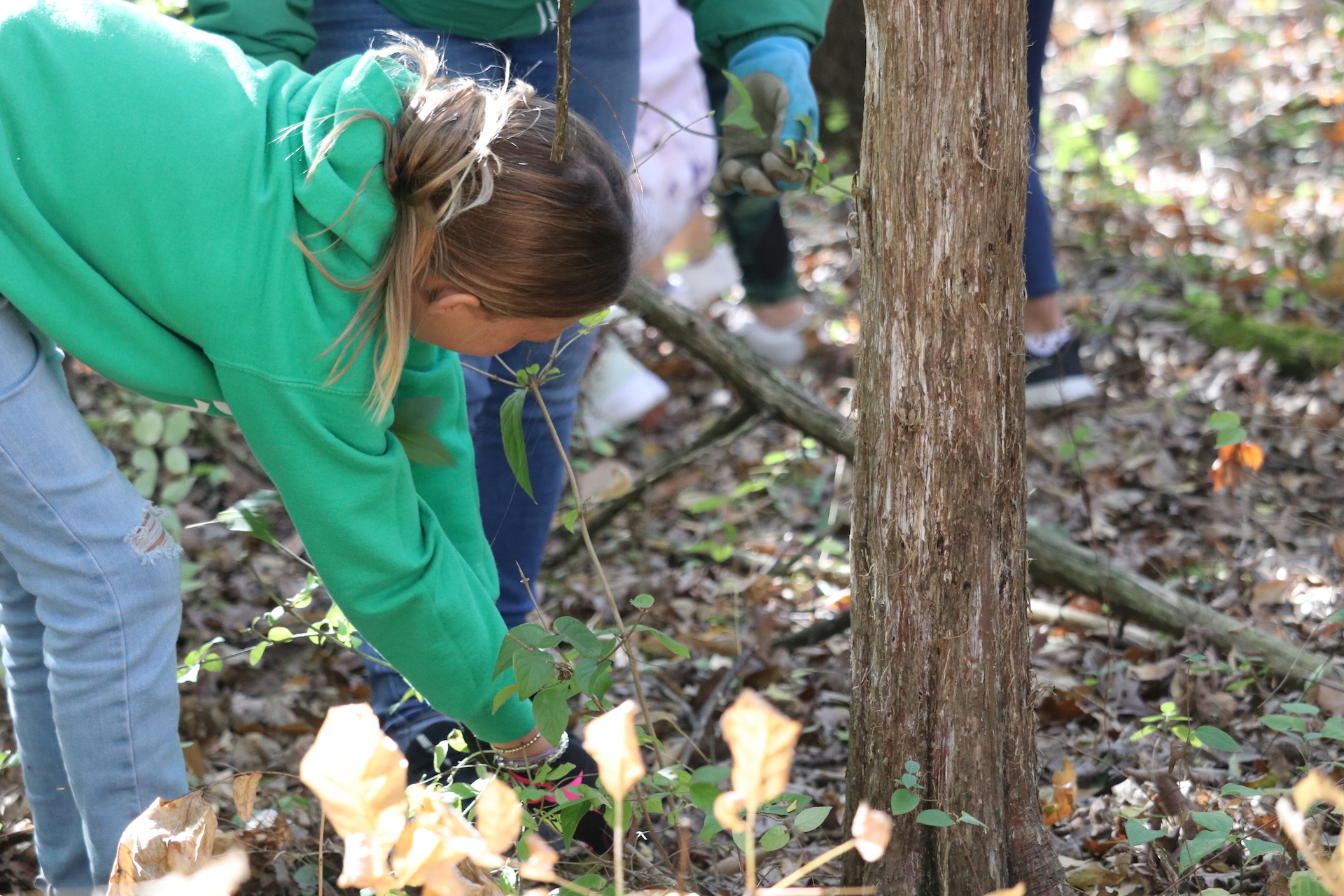 Anna Campbell/News Tribune photo: Mia Smith pulls up a plant. Smith is one of the Falcon Flyers who were tasked with removing invasive bush honeysuckle.