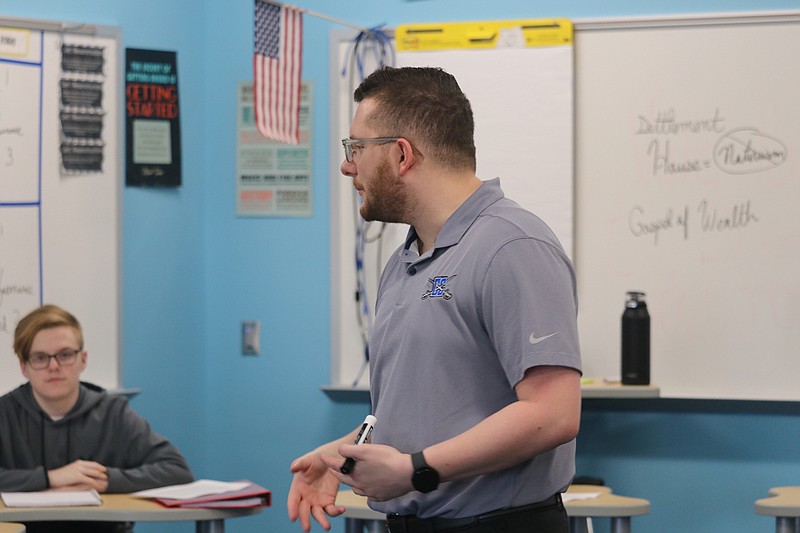 Ben Smythe had a teacher who was there for him when he needed it most.

And that's why he's a teacher.

Smythe, now a history teacher in his third year at Capital City High School, recounted the story of his fourth-grade year.

"I started (school) in August of that year. In September, we found out my mom had cancer. For a 10-year-old, that's a really hard thing to hear, and so that was probably one of the rockiest moments of my life," Smythe said. "I started acting out a little bit in school, started having trouble focusing, other things were going on, and my fourth-grade teacher Mr. Mullen noticed."

"And instead of coming down on me and ... throwing discipline at me all the time, he showed me what compassion as a teacher looks like," Smythe said. "And I guess when I really started thinking about becoming a teacher, it wasn't too long after that. I was in middle school. And I think part of it is sharing this passion for the past with kids, but also part of it is, I owe him a debt that I'm trying to repay."

So that's what Smythe has done.

He seeks to bring his passion for history to bear in each class so that students understand how to be good citizens and where they fit into society and government as the next generation.

"That's my goal, is by the time they leave here, they understand enough about our past to go and eventually take over," he said.

He calls his teaching style a "two-pronged approach."

"One, is I acknowledge the fact that for a lot of these kids, history doesn't really seem super relevant, so I try to make it fun and connect it to real-world events so that they have something they can apply it to when they get out into the real world and are citizens," he said.

The second prong is using history to get students to look at sources critically and understand where they are coming from.

Smythe has loved history ever since he was little.

"I learned how to read out of a book on the presidents from National Geographic when I was in the first grade," he said.

As a teacher, Smythe has also been doing plenty of learning.

One of the main things he's learned from students -- apart from the current slang, he said -- is patience.

"We as teachers have to meet them where they are -- be patient with them, let them learn in the best way... for them," he said.

His natural joy shines through in his teaching.

"My kids are always like, 'Why are you so happy to be here every day?'" he said. "I just, I love what I do, and I'm excited to get out of bed in the morning and go do it every day."

Smythe said he's also a fairly mindful person and doesn't let stress get to him.

When he's not in the classroom, Smythe spends much of his time reading, generally in the historical genre. He also likes to ride his bike on the greenway.

He plays guitar and is a music fan. He often incorporates music into his history lessons because students really connect with it.

He also visits his parents back home. His mom has been in remission from cancer for 20 years and works as a paraprofessional in Wentzville. His dad has just retired from a long career in construction. Smythe credits his parents with instilling in him the attitude that hard work breeds success.

This summer, Smythe was selected as one of just 54 national winners of the James Madison Fellowship. The program funds up to $24,000 of a course of study in a master's degree focused on constitutional history.

Smythe will get to attend a four-week Summer Institute on the Constitution next summer in the Washington, D.C., area. He'll also get to see important historical sites such as Mount Vernon, Monticello and Arlington National Cemetery.

Smythe is using his fellowship to earn a master's in American history at the University of Missouri in Columbia, focusing on 19th century political history and the development of constitutional democracy.

Smythe said he hopes he can help the students in his classes experience what he experienced as a student.

"I think the biggest thing is I want them to remember what I remember about Mr. Mullen," he said. "And that's that I care -- that I care about them, and that I want to see them succeed."

In the accompanying video, Capital City High School history teacher Ben Smythe talks about his approach to teaching as he instructs a class. 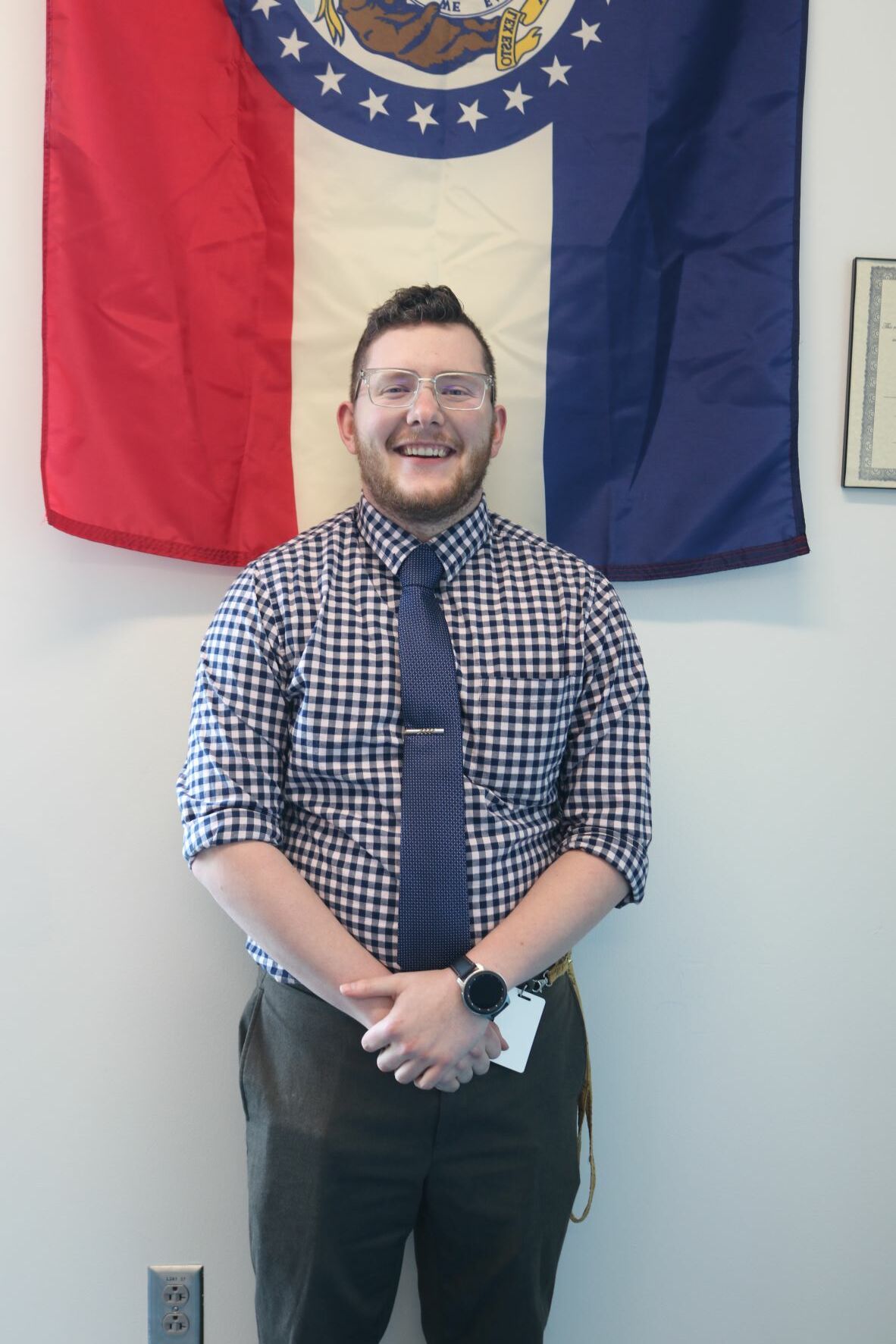