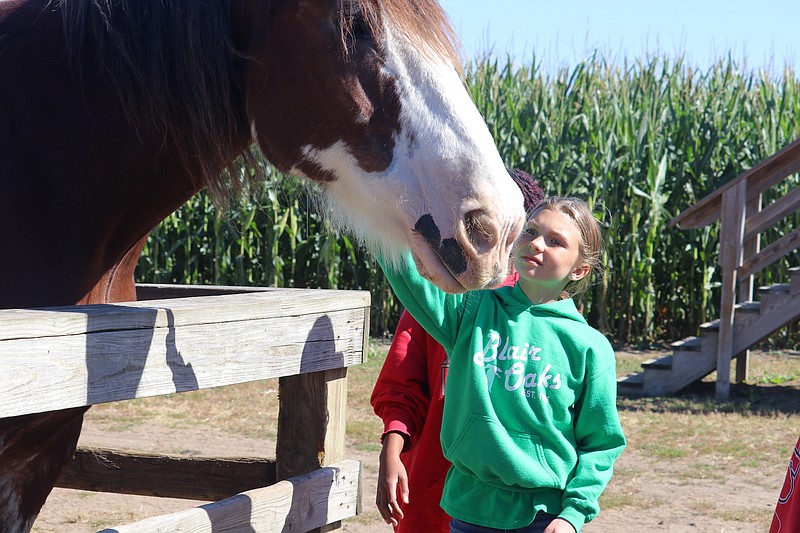 Blair Oaks fifth-graders took a field trip to a local pumpkin patch Friday, where they picked pumpkins, climbed on hay bales, slid down slides and wandered the corn maze.

In the past, the fifth-graders have visited Shryock's Corn Maze near Kingdom City, but this is the first year they've visited the more local Fischer Farms Pumpkin Patch. Teacher Emily Libbert said the driving time they saved allowed students more time to play.

"Apparently it's going over as a hit," she said as the students in the corn pit cheered.

The classes took turns picking out small pumpkins and gourds to take with them, playing on the equipment, visiting the animals -- goats, sheep, Clydesdales, chicks, ducks and a calf -- and making their way through the corn maze.

Fischer Farms, operated by Jay and Kim Fischer, was recently recognized by the state for its 20 years of operations. Over the years, the farm has changed a lot, said their daughter, Jena Fischer.

"It started out in our front yard with just selling them in piles, and then people started asking Dad, 'Can we go pick them ourselves?' That's what started the pick-your-own pumpkin patch," she said.

"Every year we try to add something different," she added, pointing out a pavilion, swings and some photo spots that were added this year.

Kim Fischer said the farm is flush with field trips. On Friday, there was a second school group there from Pilot Grove.

"We've been really, really blessed it's been very busy -- and having a hard time fitting them in if it rains, trying to get rescheduled, but we are doing the best we can. It's been a great year," she said.

Students visited the store to buy blocks of fudge; took turns rolling in a large barrel set on tracks, a bit like a hamster wheel; buried their hands and feet in the corn pit; and piled corn at the bottom of a big slide so that it sprayed when they reached the bottom.

Hannah Burch had been enjoying the slide but was also looking forward to the corn maze after lunch. She thought she would probably get lost.

"I've been having a great time," student Owen Bruemmer said.

The pumpkin patch is not a new experience for him, but he still enjoys it.

"Love it -- this time of year -- because we have pumpkins down at our farm and we pick them every fall, too," Bruemmer said. But he also loves winter, because of Christmas, sledding and his birthday.

Fifth-grader Steel Sandbothe said fall is his favorite season: "Because it's not too cold and not too hot." 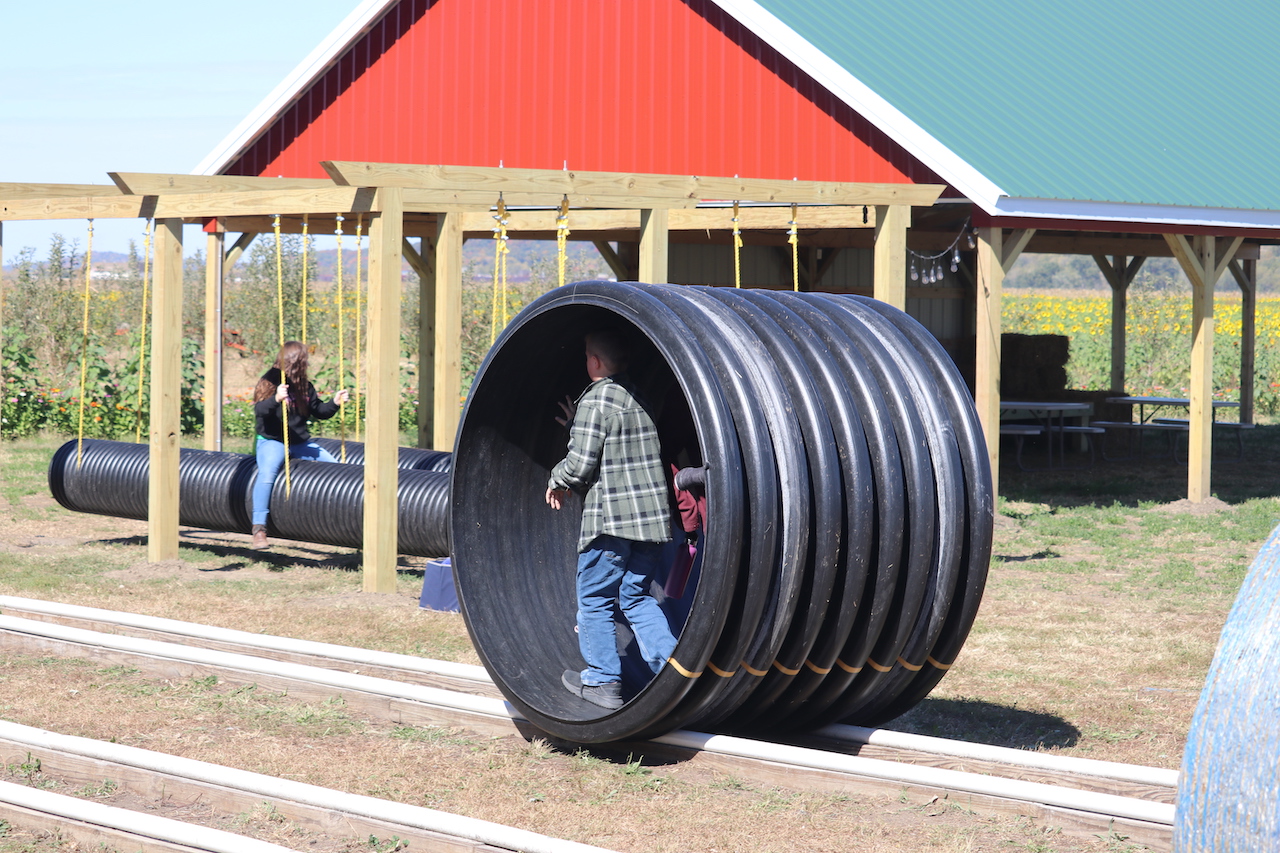 Anna Campbell/News Tribune Blair Oaks fifth graders were excited to try this barrel on tracks that functioned a bit like a human-size hamster wheel at their field trip to Fischer Farms Pumpkin Patch on Friday.

The story was edited Oct. 17 to correct the headline.