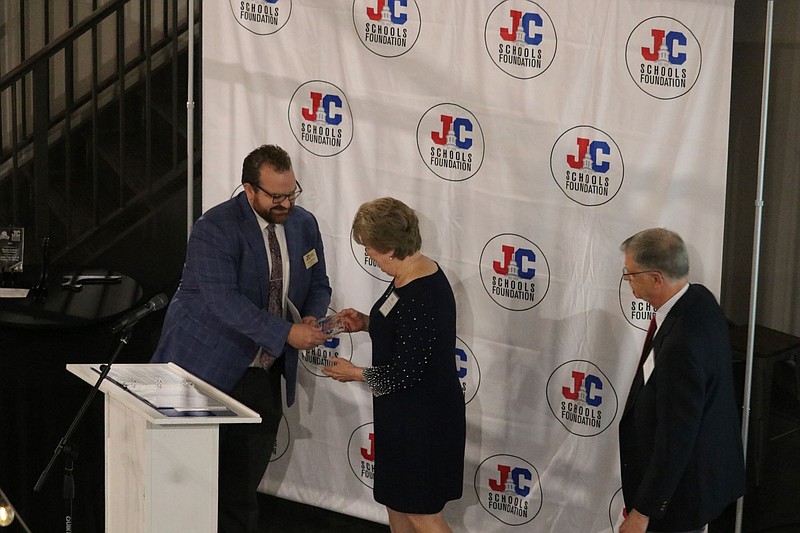 The event, presented by Hitachi Energy and sponsored in part by numerous local businesses, was held at the Capital Bluffs Event Center. It featured student performances and recognition of notable educators, alumni and community members who have made contributions to the education system over the years.

The event opened with a cocktail hour accompanied by high school orchestra members.

That was followed by a performance from the North Elementary Notables, which sang "Carried Me With You," "Be a Light," and a rendition of "It's Alright" that had the whole crowd clapping along. The Notables were led by Amy Backes, who is this year's Outstanding Educator.

Guests enjoyed a dinner provided by A Catered Affair while they listened to Superintendent Bryan McGraw.

"Our schools are made up of unique and diverse students and team members, and that is something that should be embraced, held in high regard, and celebrated," he said.

"If we are to be successful, we have to be united and embrace the things that make us distinctly different from others. We have to lean in to what makes us unique and special," he added.

The foundation recognized 2022 members of the Hall of Leaders.

Karen Brickey, a longtime coach and educator within the Jefferson City School District, was recognized as Outstanding Retired Educator. She recounted the many people who had positively impacted her as a student.

"I'm sure many of you can name every teacher, coach or principal that was so important to you. When education is important to you, you seem to have the ability to remember those names," Brickey said.

Trent Brooks, who spent years coaching youth teams and helping out with booster clubs, was recognized as Outstanding Volunteer.

Ron Coleman, an former NBA player and Lincoln basketball coach, was honored as Distinguished Alumni. Coleman passed away last year, but family members were in attendance to accept the recognition.

Jerry Gamblin, whose love for technology was reflected in his donations to provide STEM opportunities for students, was recognized as Outstanding Donor.

The foundation awarded Jessica Jobe the Karen Enloe Service Award. Jobe is the Teens as Parents Coordinator and works to support pregnant students or those who have children.

The foundation said it had difficulty selecting just one recipient for the Brenda Hatfield Service Award, so it decided on four. The award went to Fred and Brenda Proebsting, Lena Crawford and Tresha McBaine for their contributions to Southwest Early Childhood Center. 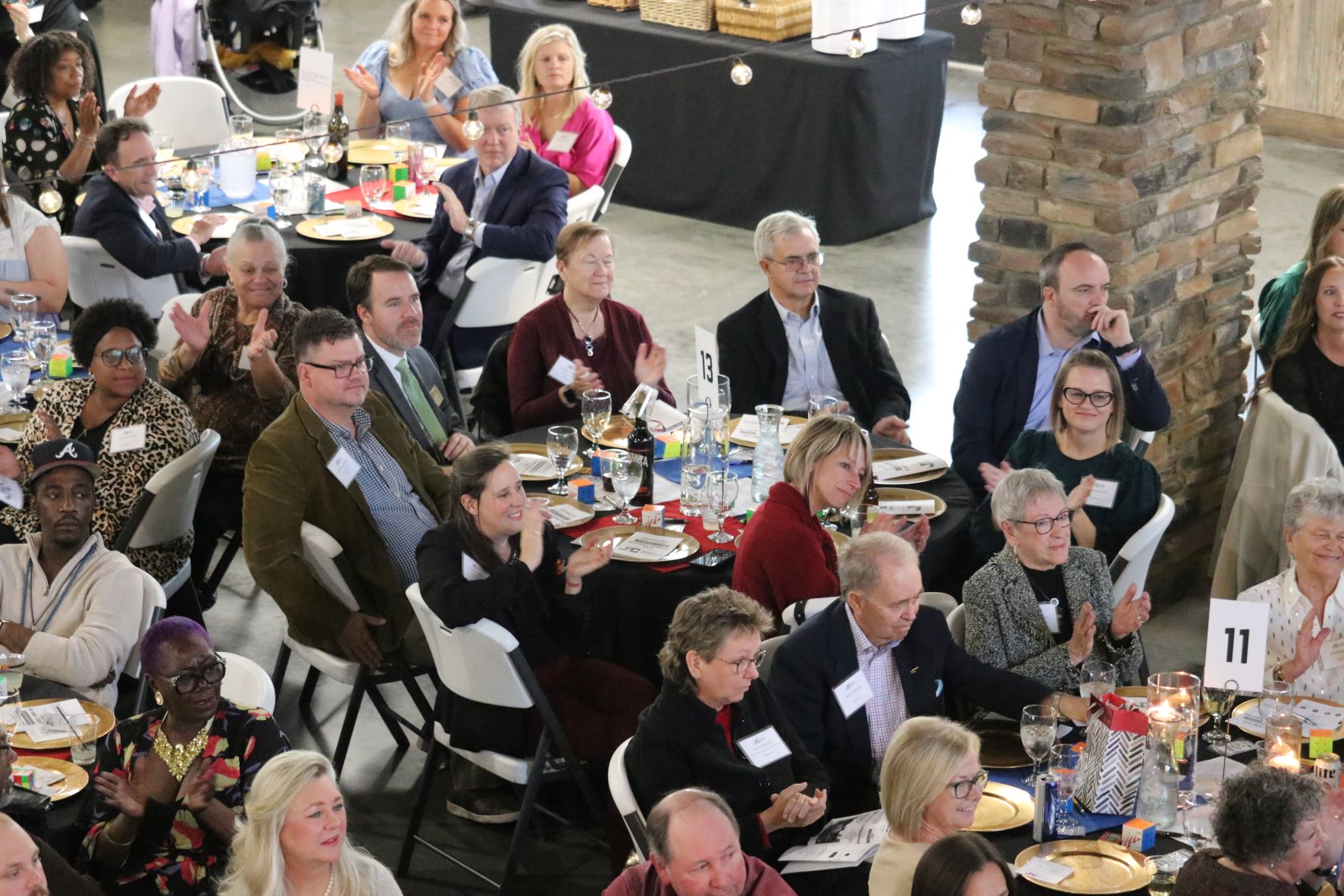 Anna Campbell/News Tribune The crowd at the JC Schools Foundation Gala claps along as the North Elementary Notables choir sings.