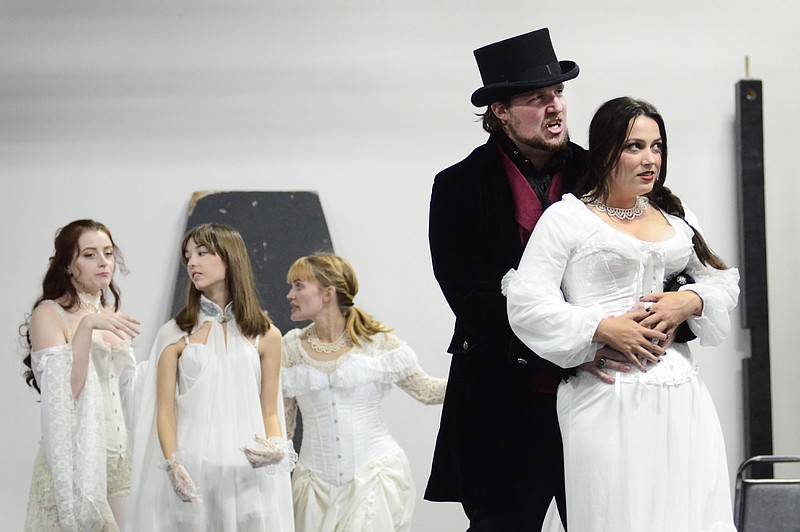 Capital City Productions will greet October with the Halloween-esque "Dracula, The Musical."

Based on Bram Stoker's classic novel, the story follows Jonathan Harker, summoned to the famous vampire's Transylvanian home on business. The true purpose of their meeting, of course, is Count Dracula's bloodlust; what ensues is a haunting, melancholic tale told through the music of Frank Wildhorn.

"Nobody has really picked this up locally," director Michael Azar said, describing "Dracula's" unique requirements. "You have to get a live symphony to play this. I think it's hard for community theater to do it because there's really no outside references; it's not a show where you can watch a video and make it just like that video."

The Jefferson City Symphony Orchestra -- led by Rebecca Talbert -- brings the score to life, accompanying the powerful vocal element of the show.

"This is basically a vehicle for stars; the music is absolutely beautiful. We have quite a few veterans coming back for this one," Azar said.

As the Monster in last year's "Young Frankenstein," Adam Shields returns in a supernatural capacity as Count Dracula. Playing opposite Shields is Murphy Ward as Jonathan Harker. Mina Murray, Harker's fiancee and the object of Dracula's desire, will be portrayed by Natalie Bassette. CCP's "Kinky Boots" actress Ashton Knippenberg takes on the role of Lucy Westenra, the beautiful, wealthy best friend of Mina, who ultimately meets her own peril at the hands of The Count.

"What's really fun about (Sinnaduray) is he's actually a (reverend) at The Oasis (United Church of Christ)," Azar said.

A main antagonist -- embodied by Taylor Sinclair -- is R.M. Renfield, a lawyer turned henchman who swears undying loyalty to Dracula, even at the expense of his own sanity.

No matter the nature of their role, Azar described feeling confident the audience will be enchanted by the vocal prowess of the cast.

"You have these really amazing singers that are going to carry this," he said. "The music is that good. It's Halloween-oriented at that perfect time of year. It will give you chills." 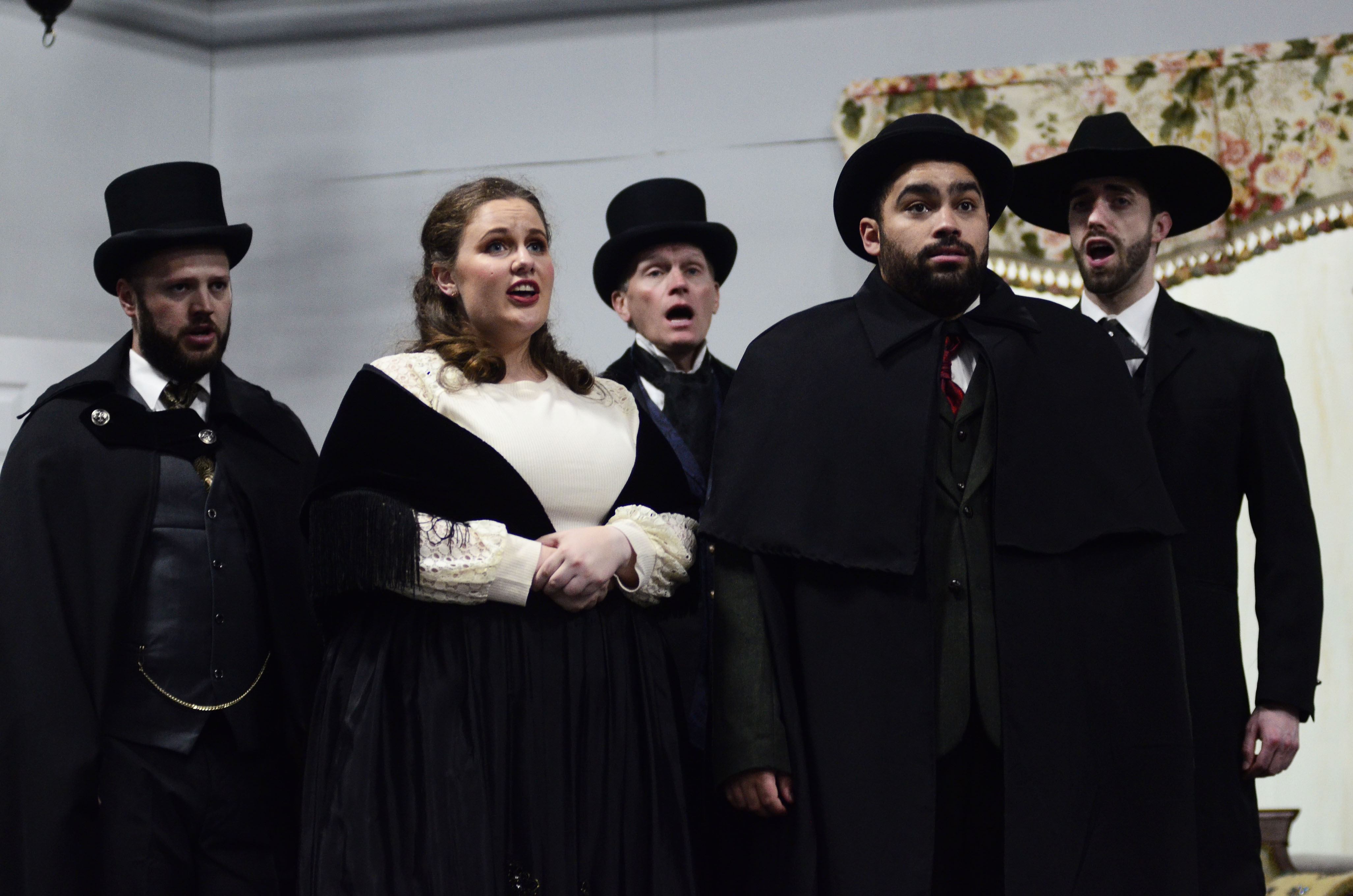 Eileens Wisniowicz/News Tribune photo: Actors playing townspeople sing after the death of Lucy on Tuesday, Oct. 4, 2022 during the Dracula rehearsal in Jefferson City. Opening night for Dracula is October 13 at Capital City Productions. 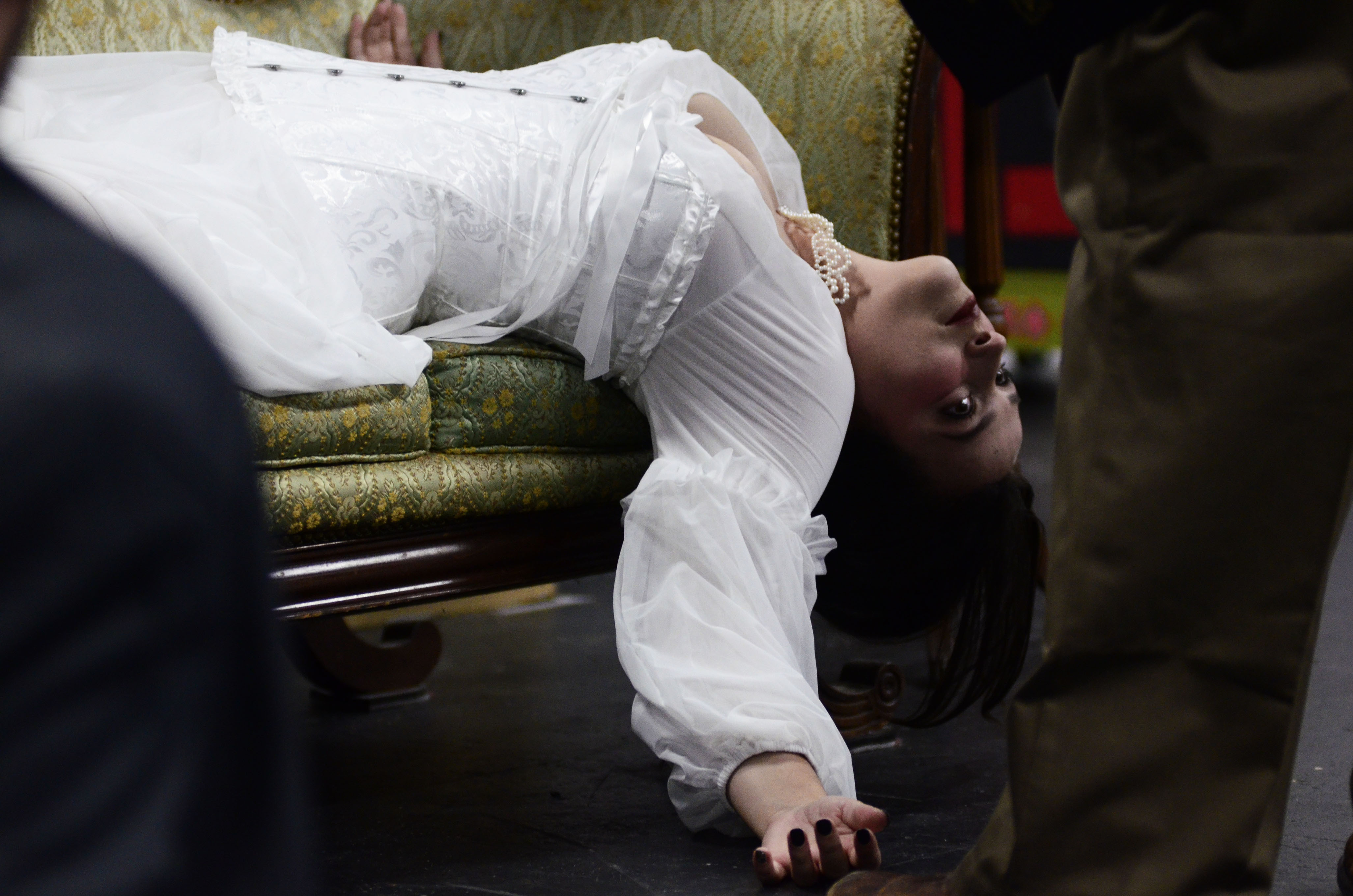 Eileen Wisniowicz/News Tribune photo: Lucy played by Ashton Knippenberg dies during a rehearsal for Dracula on Tuesday, Oct. 4, 2022 at Capital City Productions in Jefferson City. Opening night for the Dracula production is Oct. 13. 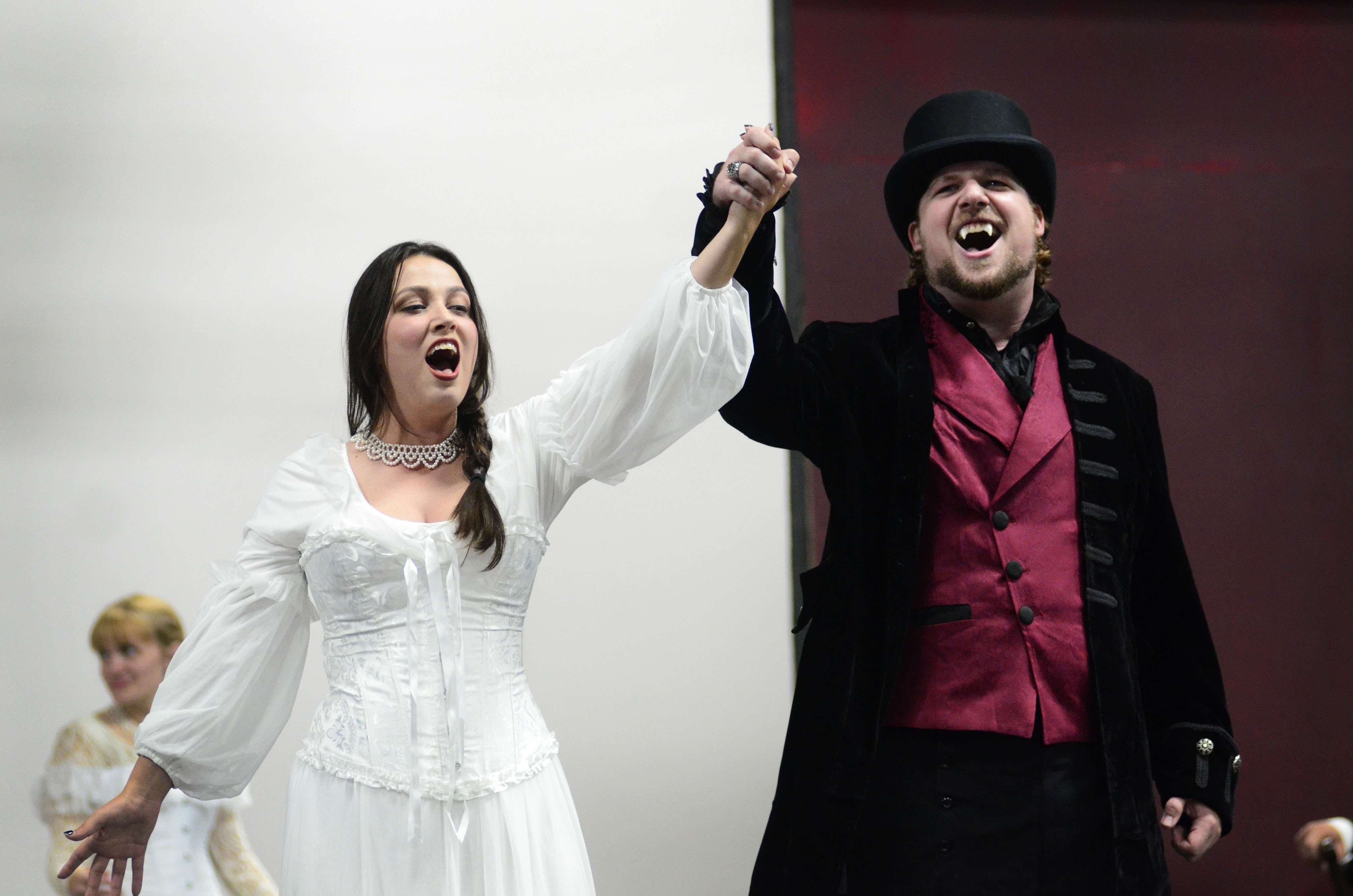 Eileen Wisniowicz/News Tribune photo: Lucy played by Ashton Knippenberg joins hands with Dracula played by Adam Shields after he raised her from the dead on Tuesday, Oct. 4, 2022 during the Dracula rehearsal in Jefferson City.