Ohtani agrees to $30 million deal for 2023 with Angels 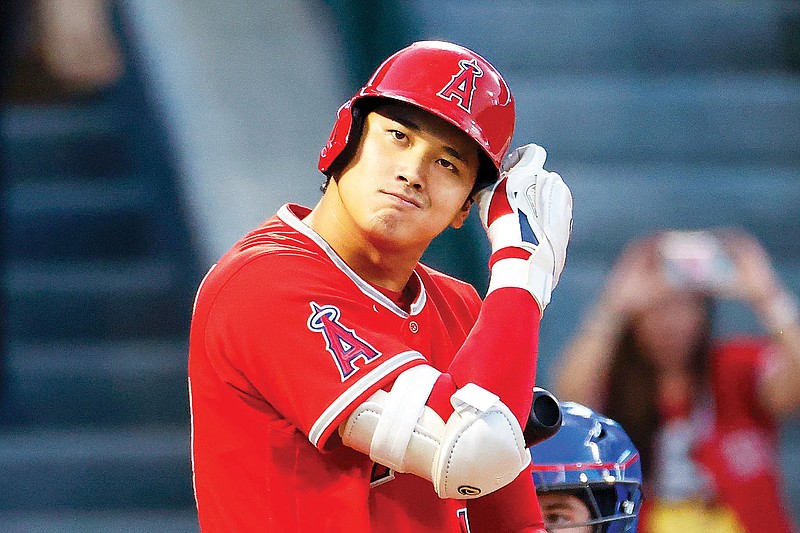 Shohei Ohtani of the Angels checks his batting helmet during his at-bat in the first inning of Saturday's game against the Rangers in Anaheim, Calif. (Associated Press)

ANAHEIM, Calif. -- Shohei Ohtani has agreed to a $30-million deal with the Los Angeles Angels for the 2023 season in the two-way superstar’s final year of arbitration eligibility before free agency.

The Angels announced the deal Saturday, avoiding a potentially complicated arbitration case with the 2021 A.L. MVP.

Ohtani’s deal is fully guaranteed, with no other provisions. The contract is the largest ever given to an arbitration-eligible player, surpassing the $27 million given to Mookie Betts by the Boston Red Sox in January 2020, a month before he was traded to the Los Angeles Dodgers.

Ohtani is having another incredible season at the plate and on the mound for the Angels, regularly accomplishing feats that haven’t occurred in the major leagues since Babe Ruth’s heyday. He is a strong contender for the A.L. MVP award again alongside the Yankees’ Aaron Judge, who has tied the A.L. single-season home run record and is closing in on the batting Triple Crown.

The 28-year-old Ohtani still will be a free agent after the 2023 season, and his future could be tied to the immediate fortunes of the Angels, who will complete their seventh consecutive losing season next week. The Angels didn’t trade Ohtani at the deadline despite being out of the playoff race again, and Ohtani is popular among the club’s fans.

Ohtani repeatedly has said winning will be an important factor in choosing his home beyond 2023, and Angels owner Arte Moreno is currently exploring a sale of the team.

Moreno’s leadership has been widely criticized during the Angels’ mostly miserable run of play since 2009, and a fresh start with deep-pocketed new owners could be the best chance to persuade Ohtani to stay with the franchise he joined in 2018 from Japan. Ohtani immediately won the A.L. Rookie of the Year award, and he rounded into unique form last season after recovering fully from Tommy John surgery.