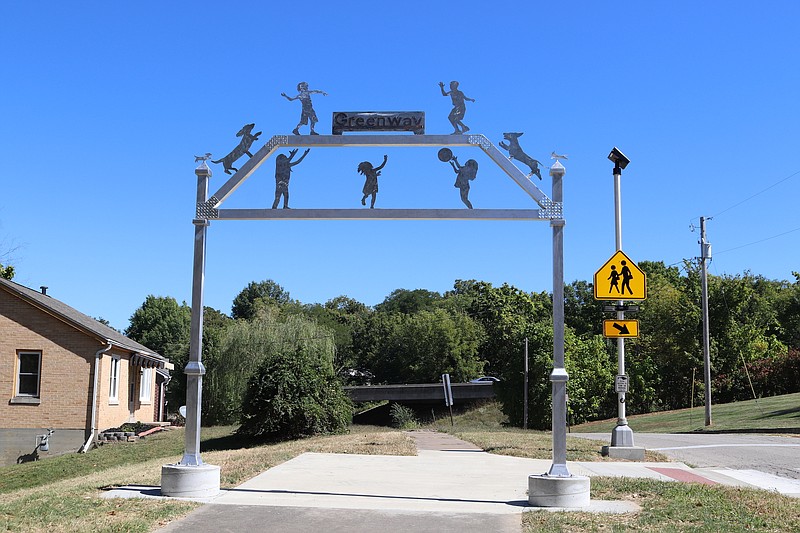 The archway, which features silhouettes of children playing and dachshunds, an homage to the community's German heritage, was installed last week just in time for Oktoberfest.

It's not the first project the welding class has done. Their creations can be spotted elsewhere along the Greenway, at Capital Region Medical Center, and on sale for various fundraisers or school events.

Welding instructor Kenny Thomas said he tasked his second-year students with the project.

"He had the layout all done, and then we laid (a scale model) out on the floor with measurements, made sure everything was perfect," Rowden said.

It's an important step, because if it isn't right, you'll end up wasting expensive materials, he said.

Keeven Soval, a Jefferson City High School senior, cut out the pieces, such as the dachshunds.

"Welding for aluminum, that was a new experience for all of us, so that was actually kind of cool that we got to experience that and see who had the ability to do it and do it the right way," Soval said. "But other than that, it was a whole lot of stuff that we've already done -- measuring, cutting, all that good stuff."

For one, the aluminum was thin, so it got very hot, Rowden said.

It also doesn't react the same way as mild steel, Soval said. It doesn't change colors when it's hot.

A group of students then went out to Linden Drive near South Elementary to install the archway. They worked together to steady the heavy metal while they anchored it.

In all, the process took about five weeks, and in the end, they were satisfied with their work.

"Perfect," Rowden said of the archway. "It turned out perfect."

Nichols Career Center director Cody Bashore said, "I think the coolest thing for them is being a part of something that's going to be part of their community, and to be able to come back maybe someday with their own kids and walk the trail and say, 'I built that. I was part of that.' And I think that's something they probably don't realize now, but that's going to be really cool for them in the future."

Thomas praised his students' effort and said he was thankful they brought questions to him when they had doubts.

"I'm just very proud of what they accomplished, for the time that we had it in," he said. "I couldn't ask for better hard-working students. I mean, they put a lot of time in it, and they were serious about what was going on." 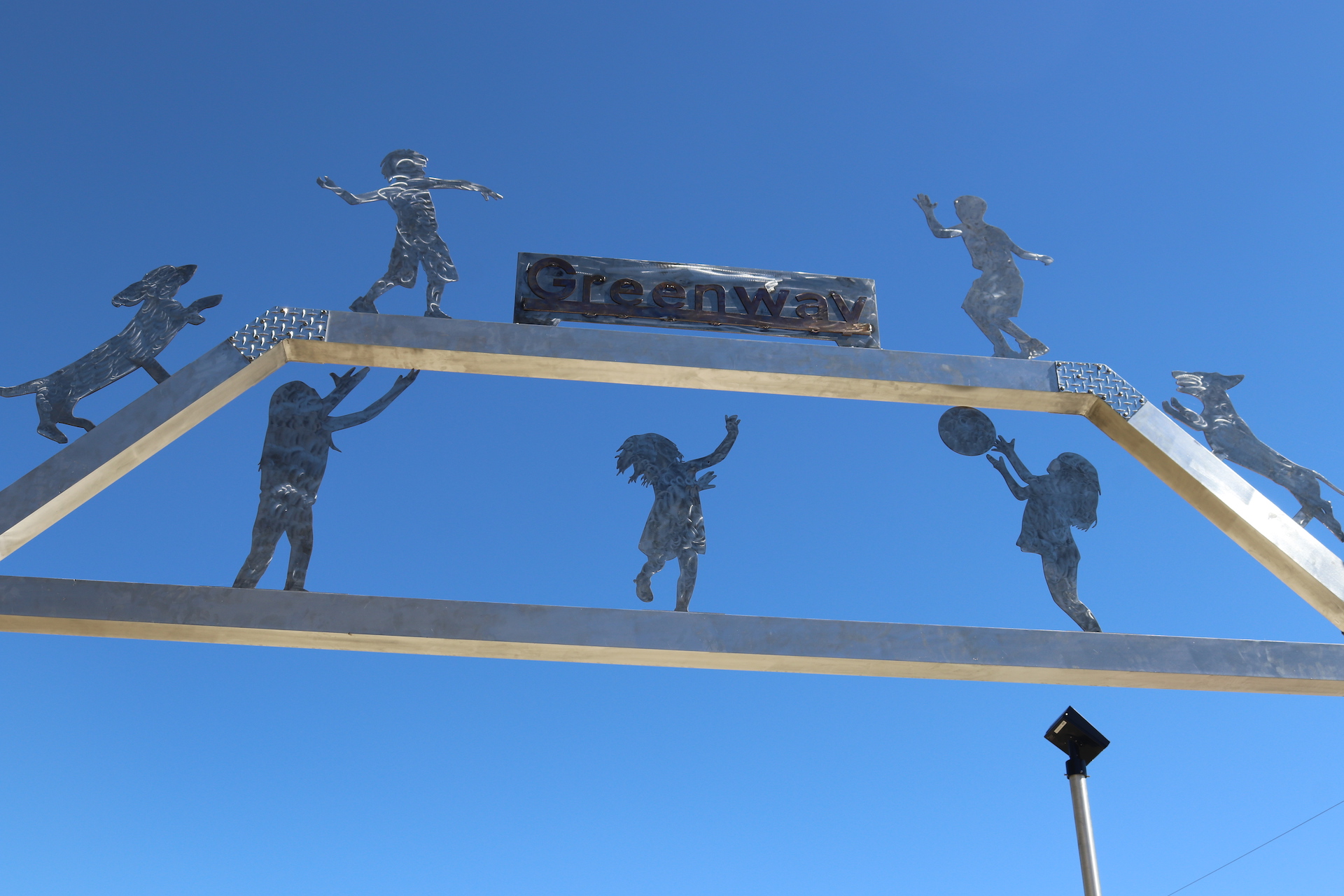