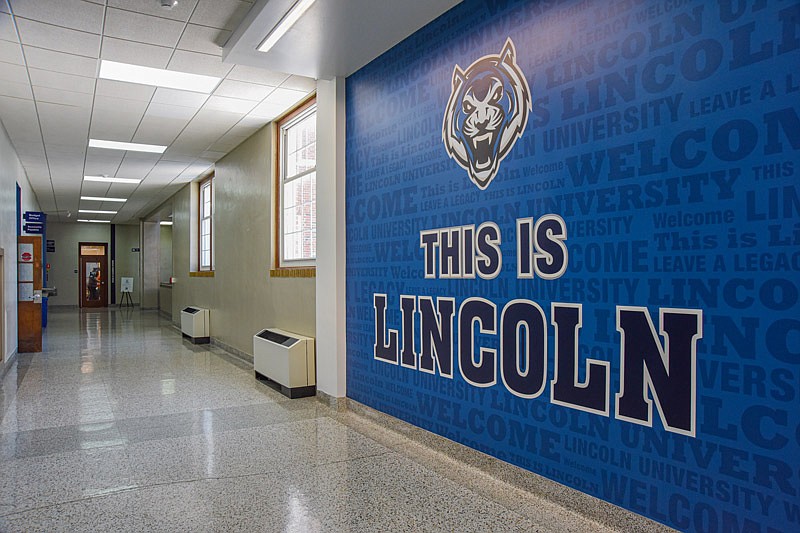 Lincoln University in Jefferson City is the home of the Blue Tigers. (News Tribune file photo)

As the Lincoln University Board of Curators prepares to select new officers, two seats remain vacant and two curators are serving on expired terms.

The Missouri Governor's Office is responsible for making appointments to the university's governing body. Kelli Jones, a spokeswoman for the governor, said there are no current plans to fill the empty seats or replace those on expired terms.

"With 200-plus boards and commissions to make appointments for, we continually prioritize boards that are struggling to meet quorum and conduct business, etc.," Jones wrote in an email to the News Tribune. "While it would be nice to fill the ninth slot on the board, the other eight curators (who were all appointed by Gov. Parson) have been meeting and addressing the needs of the university."

Jones said the governor's office is still waiting for Lincoln to complete its nomination process for the nonvoting student representative to the board, which is also appointed by the governor, and it may have candidates shortly after the spring semester begins in January.

The LU Board of Curators oversees management of the university. The 10-person board approves university policy, sets tuition and fees, grants degrees, selects the university president and monitors institutional performance.

Curators serve six year terms with the terms of three curators expiring every two years, according to state statute. No more than five curators can be from the same political party.

Parson last appointed to the board in June, when he selected Tina Shannon of St. Louis to a seat.

Pasley and Brown are serving on expired terms, according to the state's boards and commissions page. They were selected to serve out the remainder of other appointees' terms, putting their term expiration before six years.

Curators can serve on expired terms until the governor names a replacement, according to state statute. They maintain the full rights and responsibilities of a curator, but can be replaced at the governor's whim.

The governor's office has no plans to make any changes, Jones said.

"As both curators were appointed by Gov. Parson, they will continue to serve in full capacity for the foreseeable future," she said.

Board members have often served longer than six years on a single term because changes to the board have to be made by the governor, said Rose Ann Ortmeyer, who has served as the board's secretary in her more than 40 years at Lincoln.

Pasley, the board's current president, said he doesn't have any reservations about serving on an expired term, "but that's the decision of the board."

The board selected Pasley to serve a second term as its president in February, a month after his term had technically expired.

The board's nominating committee is meeting again at 3:30 p.m. Thursday to select a slate of new officers for the 2023 year. The committee's slate is then recommended for approval at the next full board meeting Feb. 9, 2023.

Pasley said he has no clue what the committee will recommend.