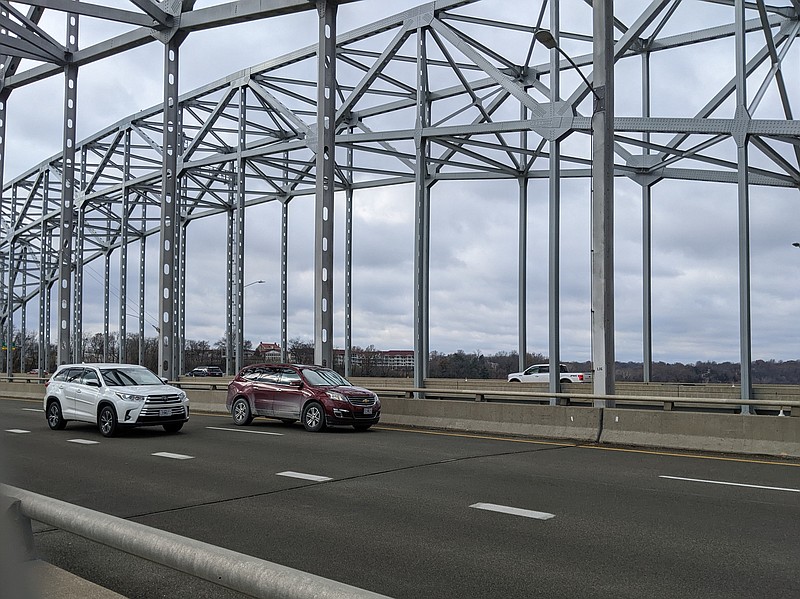 Ryan Pivoney/News Tribune photo: Traffic heading toward Callaway County leaves Jefferson City Sunday afternoon, Nov. 27, 2022, via the Missouri River Bridge. As of Sunday morning, the state was on track to have fewer traffic deaths during the Thanksgiving holiday weekend than last year, when 12 people were killed on Missouri roadways.

At least seven people died driving on Missouri highways during the holiday weekend and another 19 were seriously injured.

Preliminary traffic crash reports from the Missouri Highway Patrol show more than 85 collisions resulted in injuries or death between Wednesday and Saturday. Multiple state agencies, including the Highway Patrol and Missouri Department of Transportation, urged drivers to exercise caution and stay safe on the roadways during the holiday, which is considered one of the deadliest times to be traveling the roadways.

As of Sunday morning, the state was on track to have fewer deaths resulting from Thanksgiving weekend crashes than last year. Someone was injured or killed every 11 minutes during the holiday weekend in 2021. Through 1,365 total recorded traffic crashes, 540 people were injured and 12 were killed.

Wednesday and Sunday are the heaviest travel days, said Kyle Green, a spokesman for Troop F of the Highway Patrol.

Of the days immediately surrounding Thanksgiving this year, Wednesday had the most highway accidents resulting in injury or death at 30. The number of injury accidents the Highway Patrol responded to steadily declined to 25 Thursday, 17 Friday and 14 Saturday.

Green said early Sunday afternoon he hadn't noticed anything abnormal related to travel around the holiday, "but the day isn't over."

A large portion of the injury crashes reported on the Highway Patrol's website came from Troop D, which operates in the southwest corner of the state and includes Springfield. Troop D reported 25 injury crashes and three deaths between Wednesday and Saturday.

Troop F, which covers Cole and surrounding counties, had a total of three injury accidents from Wednesday evening to Sunday morning, one each in Boone, Miller and Camden counties. Three additional injury accidents were reported Sunday evening. Barring any late reports, the troop hadn't reported any fatalities as of early Monday morning.

Jon Nelson, MoDOT's assistant to the state highway safety and traffic engineer, said the state agency typically puts a heavier focus on traffic safety around the Thanksgiving holiday because it anticipates an increase in travel during the season.

It's too early to tell how many drivers were traveling Missouri roadways during the Thanksgiving holiday, Nelson said, but MoDOT should have traffic volume and fatality data later in the week.

With more people expected to visit family, attend holiday gatherings and get a head start on shopping, Nelson said there's compounded exposure to risky driving behavior, such as speeding, distracted driving and driving under the influence.

"All of those behaviors that we talk about, they just get magnified in holiday seasons," he said.

A lot of the increased traffic travels along major routes, such as interstates 70, 44, 270 and 55, Nelson said.

But, he noted, traffic crashes happen every day on every kind of roadway in the state.

"You just look across the board, these traffic crashes happen everywhere," he said. "They happen on the interstates. They happen on the major highways. But they also happen on the lesser-traveled routes, the county roads, you know, those back roads where you tend to get more curves and hills and less margin for error because there's not a full shoulder."

MoDOT began offering discounted Lyft rides Wednesday in an effort to drive down the number of people driving under the influence during the holidays this year. The agency is advertising a discount code worth $10 off a ride, only applicable during evening hours, through the end of the year.

Nelson said the department won't have results on how many people utilized a discount code until later in the week.

MoDOT and the Highway Patrol are also partnering on the "Show-Me Zero Fatality Reduction Effort" campaign, which began in April.

The campaign, aimed at reducing traffic deaths along major interstate corridors in more urban parts of the state, runs through spring of 2023.

After posting several safe driving reminders to social media around Thanksgiving, the Highway Patrol was out in full force enforcing traffic laws and assisting with crashes.

Missouri traffic deaths have been on the rise since 2019, when the annual total was 881. A total of 1,016 people died in traffic crashes on Missouri roads last year and more than 898 have died so far this year.

An average of three people are killed on Missouri roads each day, according to MoDOT.

Nelson said buckling up, putting cell phones down, driving at appropriate speeds and driving sober can reduce the number of traffic deaths in the state.

"This stuff occurs throughout the year and while we certainly want to bring extra attention to it during the holidays, we really want to encourage people to do these things every single day," he said. "And they're really simple, easy things everybody is capable of committing to." 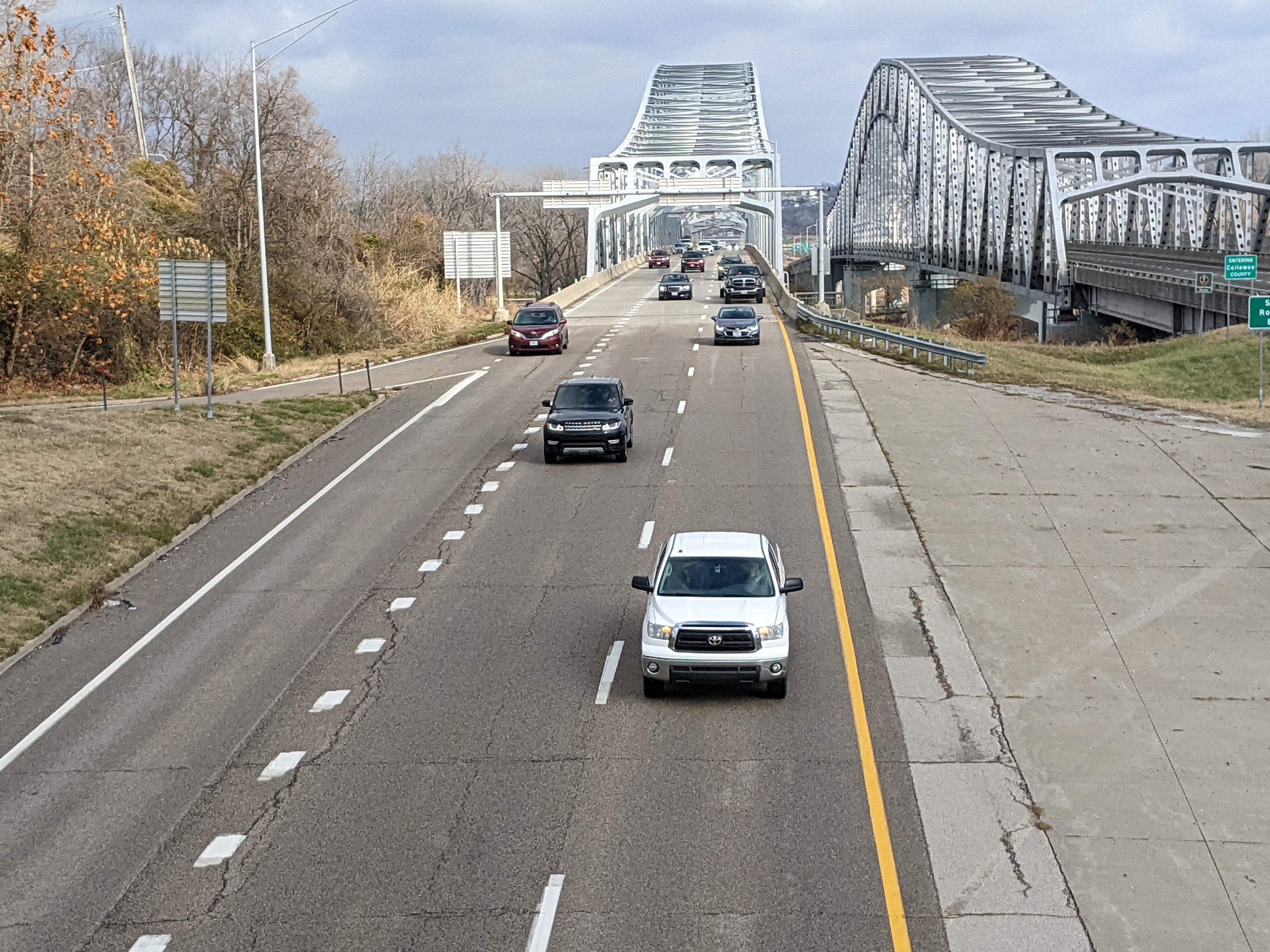 Ryan Pivoney/News Tribune photo: Motorists enter Jefferson City Sunday, Nov. 27, 2022, via the Missouri River Bridge. The Missouri Department of Transportation doesn't have traffic volume data for the Thanksgiving holiday weekend available yet but was expecting travel to be up compared to the rest of the year. 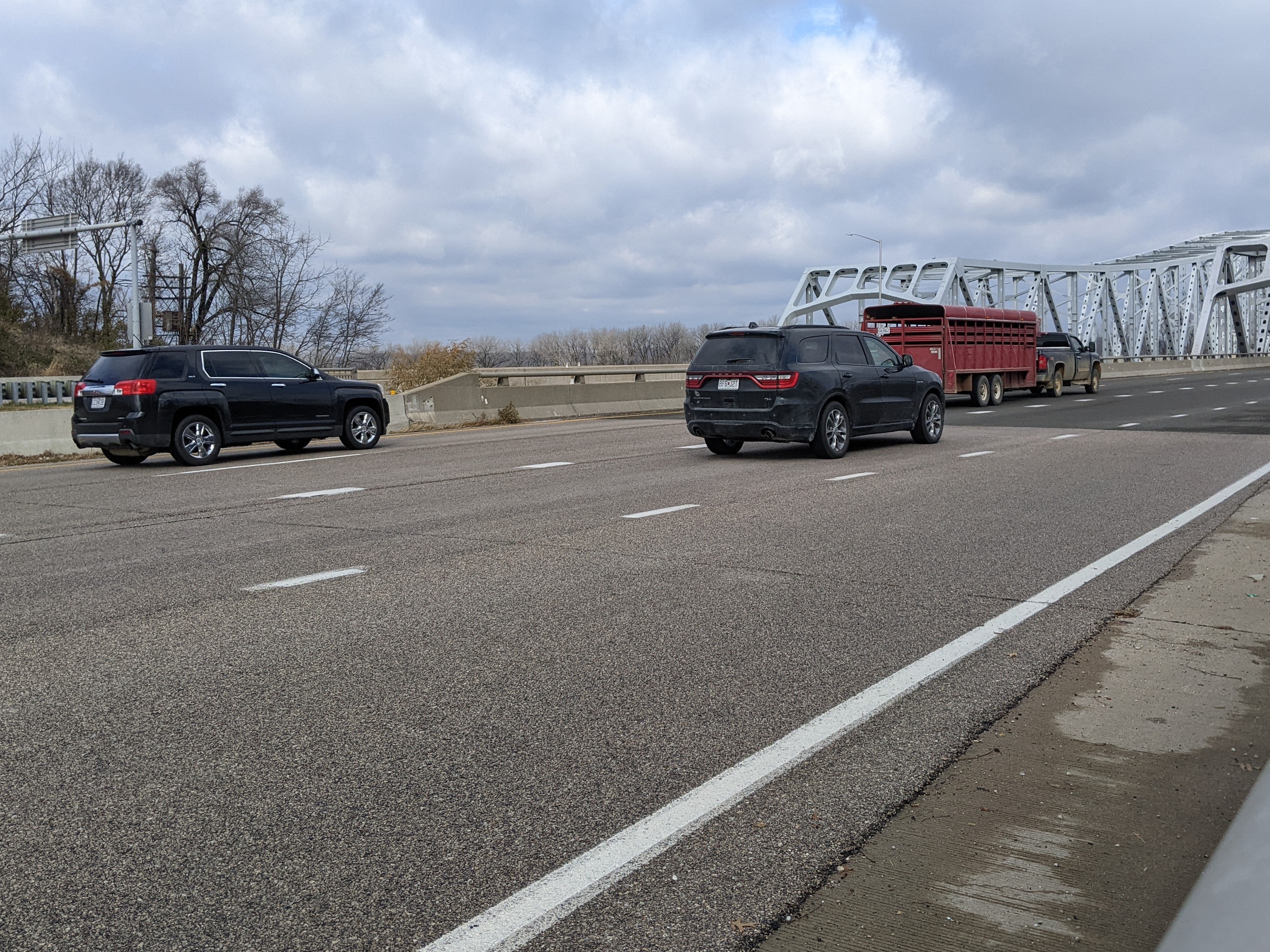 Ryan Pivoney/News Tribune photo: Traffic heading toward Callaway County leaves Jefferson City Sunday afternoon, Nov. 27, 2022, via the Missouri River Bridge. As of Sunday morning, the state was on track to have fewer traffic deaths during the Thanksgiving holiday weekend than last year, when 12 people were killed on Missouri roadways. 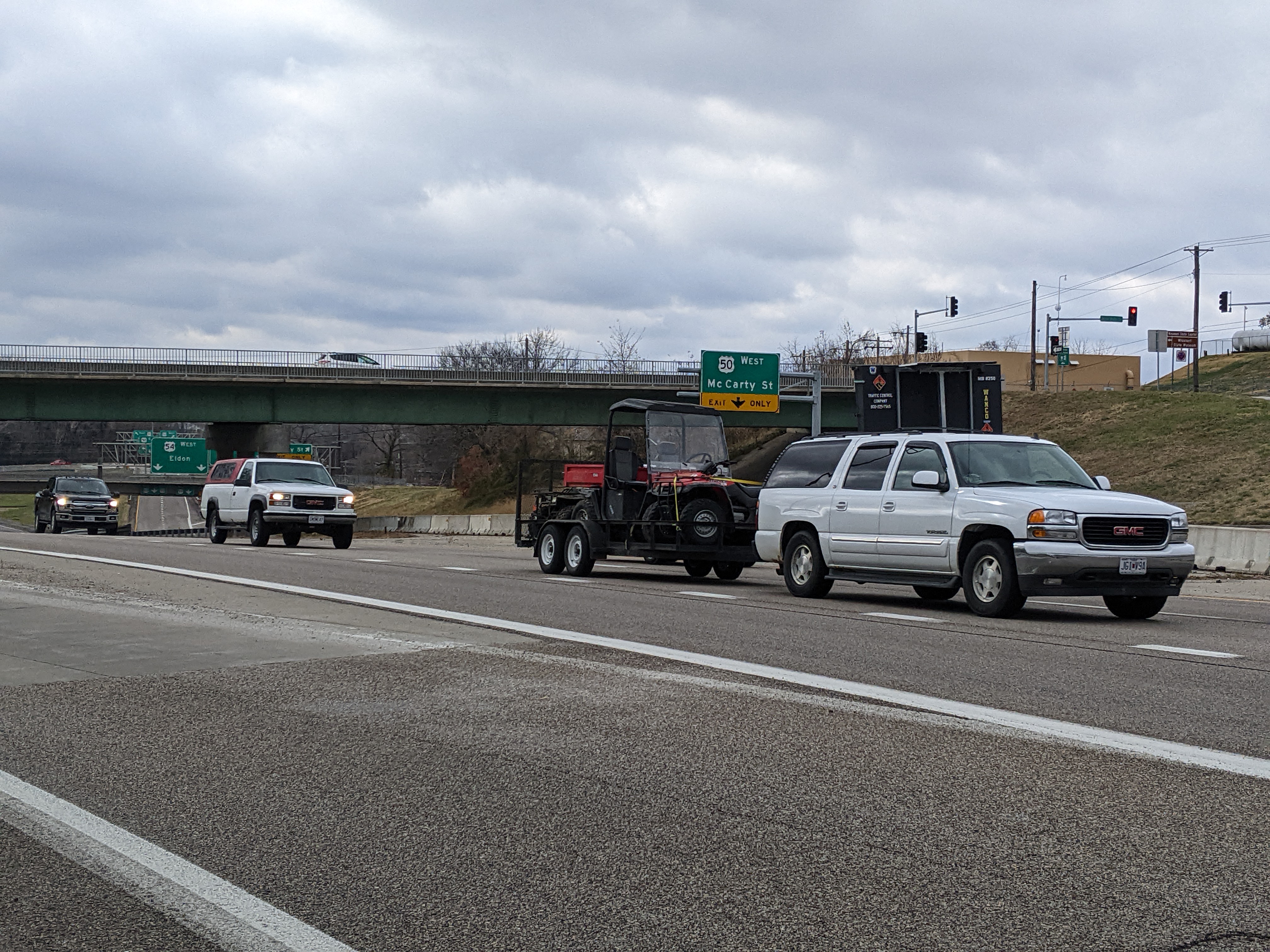 Ryan Pivoney/News Tribune photo: Drivers travel Highway 63 Sunday afternoon, Nov. 27, 2022, to exit Jefferson City on the Missouri River Bridge. More motorists were expected to be on the road over the holiday weekend, according to state agencies, which meant the likely increase of traffic crashes resulting in injury or death.