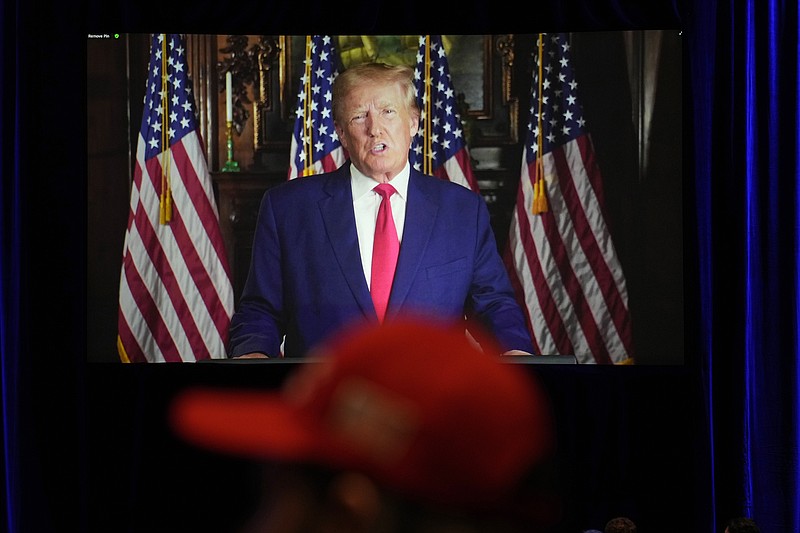 LAS VEGAS -- Memories of the tumultuous 2016 Republican primary hung over the Las Vegas ballroom this weekend during the first major gathering of the party's potential contenders for the 2024 nomination.

No fewer than 10 White House prospects stepped onto the stage to pitch their plans to fix the nation -- and their party. The details varied, but within most speeches was an extraordinary sense of defiance rarely seen since former President Donald Trump seized control of the Republican Party six years ago.

Their central message: Trump can and should be beaten.

Nikki Haley, the former ambassador to the United Nations under Trump, pledged in April that she wouldn't challenge the former president if he ran again. But Saturday night, facing hundreds of cheering Republicans, she vowed to give "1,000%" to a White House bid if she decided to get in.

"I've never lost an election, and I'm not going to start now," she said as the crowd roared.

But as the donors and activists who gathered for the Republican Jewish Coalition's two-day leadership conference applauded, perhaps no one was cheering louder than Trump himself from his Florida estate.

Trump's team believes, as do a growing number of anxious donors and Republican operatives, that the GOP's emboldened 2024 class may already be unintentionally re-creating the conditions that enabled Trump's success in 2016. That year, a crowded Republican field splintered the primary electorate and allowed Trump to become the party's presidential nominee despite winning just 35% or less of the vote in each of the three opening primary contests.

As then, Trump is viewed with suspicion within his party, his standing weakened considerably after several loyalists lost winnable races in this month's midterm elections. And most of all, a parade of ambitious Republicans is lining up to take him on.

A small, but growing group of Republican operatives is warning Trump's critics that the only way to defeat him is to rally behind a much smaller group of alternatives.

Eric Levine, a New York-based donor who attended the weekend gathering, called on his party to embrace no more than two or three candidates -- and to move with real urgency.

"I don't think we have the luxury of waiting," said Levine, who has raised millions of dollars for Republicans in recent years and began speaking out against Trump only after the midterms. "If he becomes the Republican brand, the party is going to be destroyed."

For now, at least, Trump's rivals don't appear to be heeding his warning.

The most popular alternative to Trump, Florida Gov. Ron DeSantis, isn't likely to enter the race until the late spring, his allies say. But in his keynote address Saturday night, he left little doubt that 2024 was on his mind.

"In times like these, there is no substitute for victory," DeSantis said, citing over and over his overwhelming midterm success in Florida. "We've got a lot more to do, and I have only begun to fight."

And in a series of interviews, several other would-be Republican candidates and their aides indicated they would likely wait until next spring or summer to enter the race should they decide to run. That's even after Trump formally launched his 2024 campaign this past week.

"I think all of us understand how little of a factor he's going to be," Sununu said in an interview. "He's not scaring anybody out. Anyone who wants to run is going to run. It'll be fun. It'll be a wide-open race."

Maryland Gov. Larry Hogan said it's much too early to worry about winnowing the field.

"I think more voices, more potential choices," said Hogan, who is openly weighing a 2024 bid after his term ends in January. "Trump needs to be tested. People need to go out there and be willing to stand up to him."

Christie, a failed 2016 presidential contender who then went on to lead Trump's White House transition that year, said he ultimately expects seven or eight major candidates to enter the race, "which is manageable" compared with the 16 who ran against Trump in 2016.

"A lot of those people are fishing out of the Trump pond," Christie said, suggesting that prospects such as DeSantis and Mike Pompeo are "MAGA guys" who would steal support from Trump's base in a way that creates opportunities for others -- like him.

Christie dismissed any talk of winnowing the field so soon.

"We should all rally behind someone? Okay, who? I don't think there's any obvious choice," Christie said.

Trump advisers initially hoped that he might clear the field with his early announcement. They now believe a crowded field will help him by splitting the anti-Trump vote -- just as was the case in 2016. Trump won the New Hampshire and South Carolina primary elections that year with just 35% and 32% of the vote, respectively. Seven others divided the overwhelming majority of the vote.

Trump's team notes that his loyalists in key 2022 primary elections from Arizona to New Hampshire to Pennsylvania won their GOP nominations with between 30% and 40% of the vote -- a base of support it believes continues to be his floor in the 2024 primary.

Former New Hampshire GOP Chair Jennifer Horn, who led the state party in 2016, said the growing number of likely 2024 candidates "should know better" this time around.

"They are feeding exactly the kind of environment that Trump needs to win," Horn warned. "If past is prologue, we've all got reason to be concerned."

And while there was evidence of Trump fatigue at the weekend conference, Trump received a warm reception when he appeared via teleconference on Saturday. The crowd cheered loudly when he noted his success in moving the U.S. Embassy in Israel to Jerusalem.

But there was notable silence when he repeated his baseless claims about his 2020 election loss.

"The election was rigged. And it's too bad it was, and Israel lost a lot," Trump told the packed ballroom. "You better hope that a certain person wins the election in 2024."

And with Trump already a declared candidate, some operatives worry it's much later than his challengers think.

One of them was Texas Sen. Ted Cruz, who is considering another run in 2024.

Speaking to reporters in Las Vegas, Cruz said Trump and his loyalists deserved some of the blame for the weaker-than-expected results in the midterms. "I'm frustrated when my party fields candidates with no realistic chance of success," Cruz said.

But when asked about the 2024 presidential contest, Cruz said only there were several candidates "clearly positioning to run" against Trump. "I believe that voters can and should sort that out."

Pompeo, Trump's former secretary of state, who is among those positioning themselves to run, slapped at the former president repeatedly on stage this weekend without mentioning his name directly. Instead, Pompeo said conservatives deserve leaders "who fight for them, not ourselves or our own egos."

And he acknowledged the looming 2024 primary.

"Who knows, the next time we're together we could be on stage, multiple podiums," Pompeo said. "Who knows who else might be there and what nicknames we'll have?" 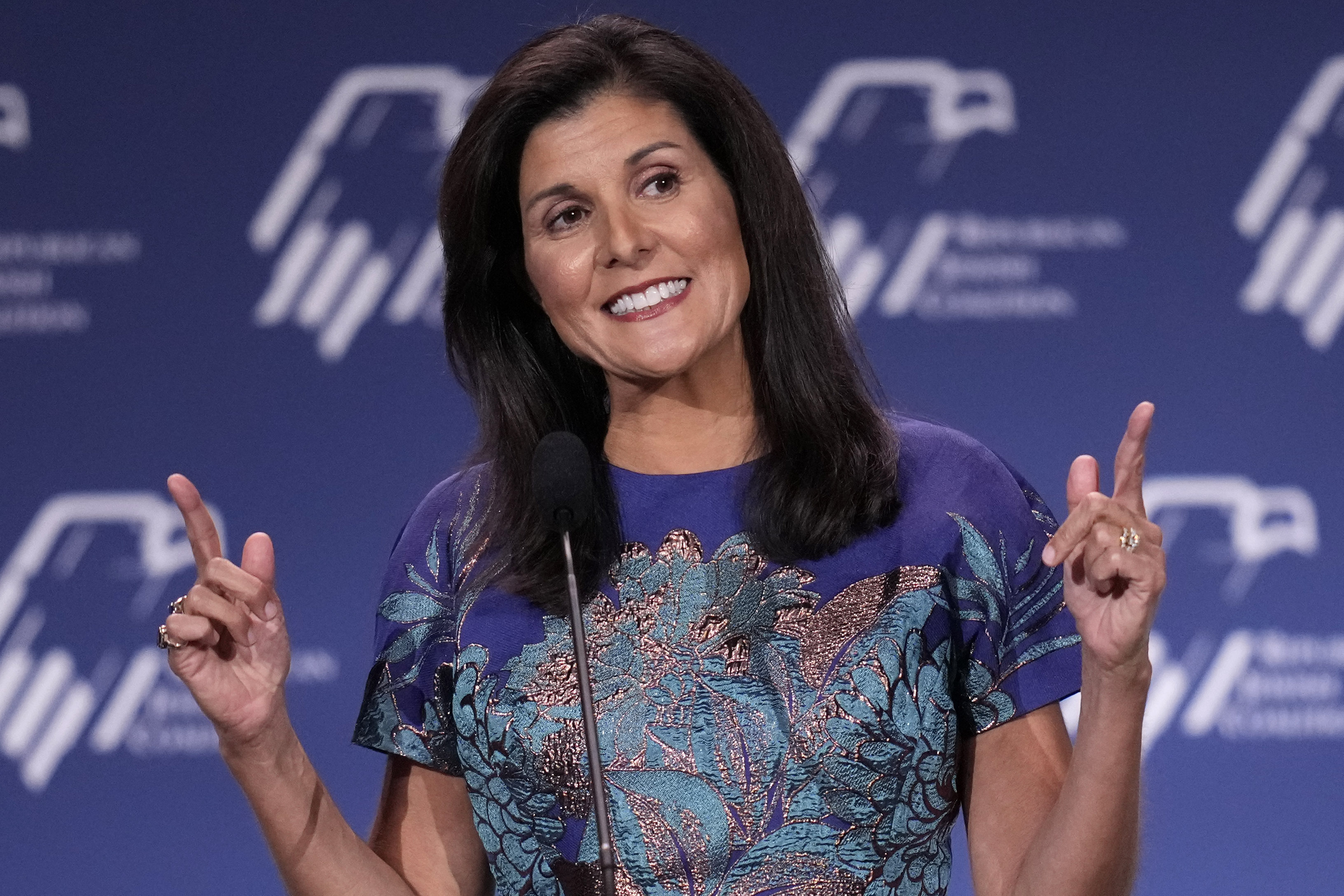 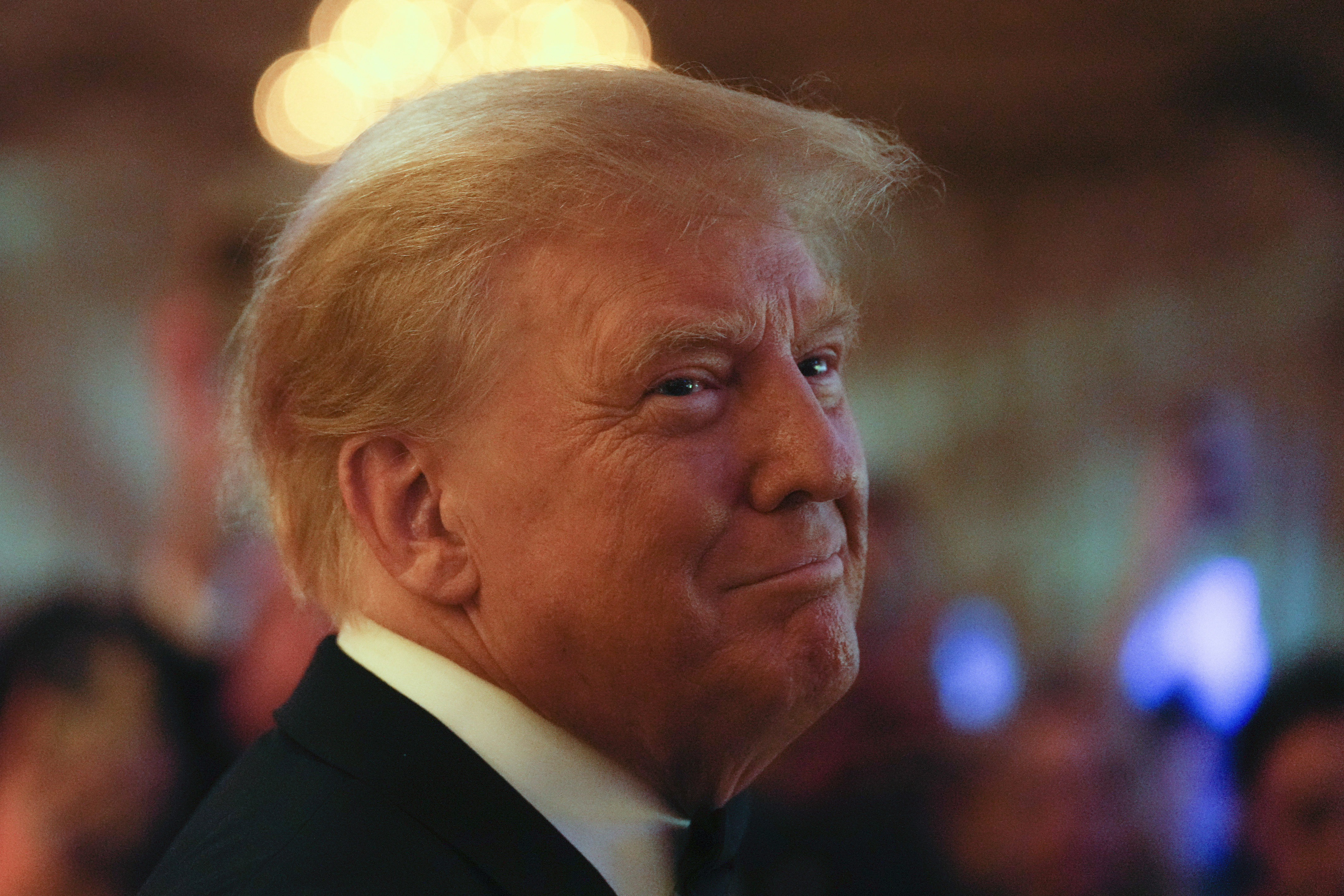 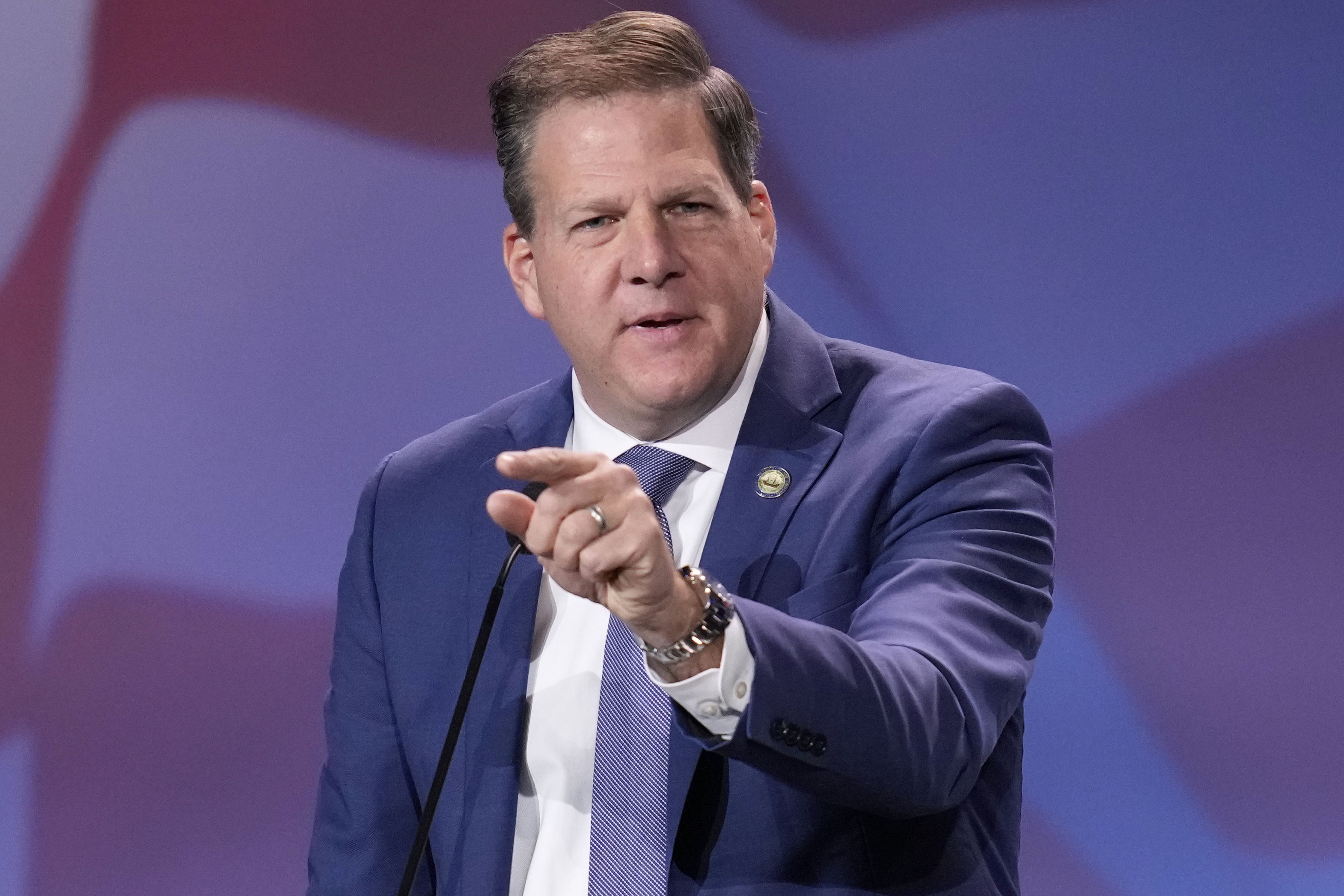 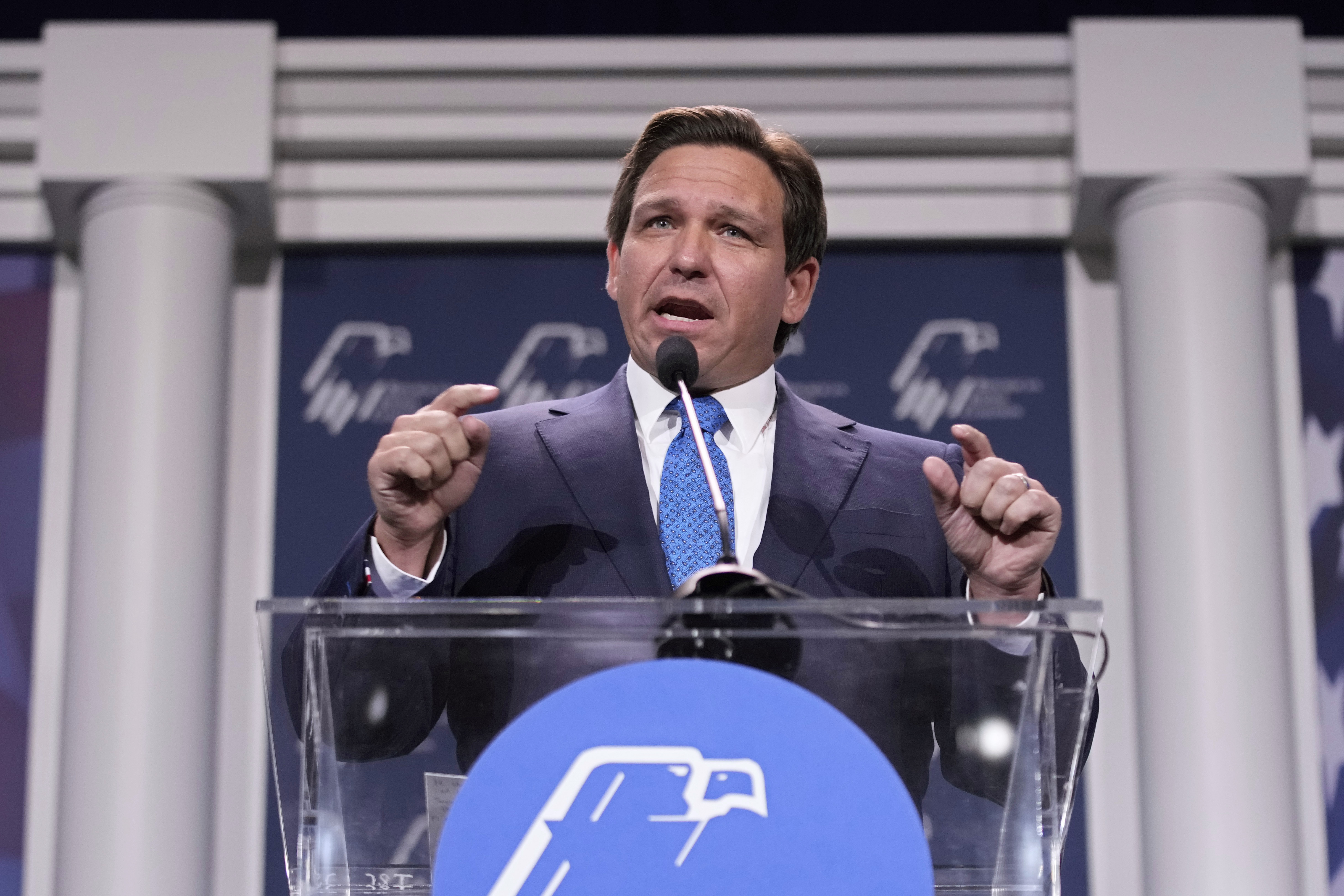 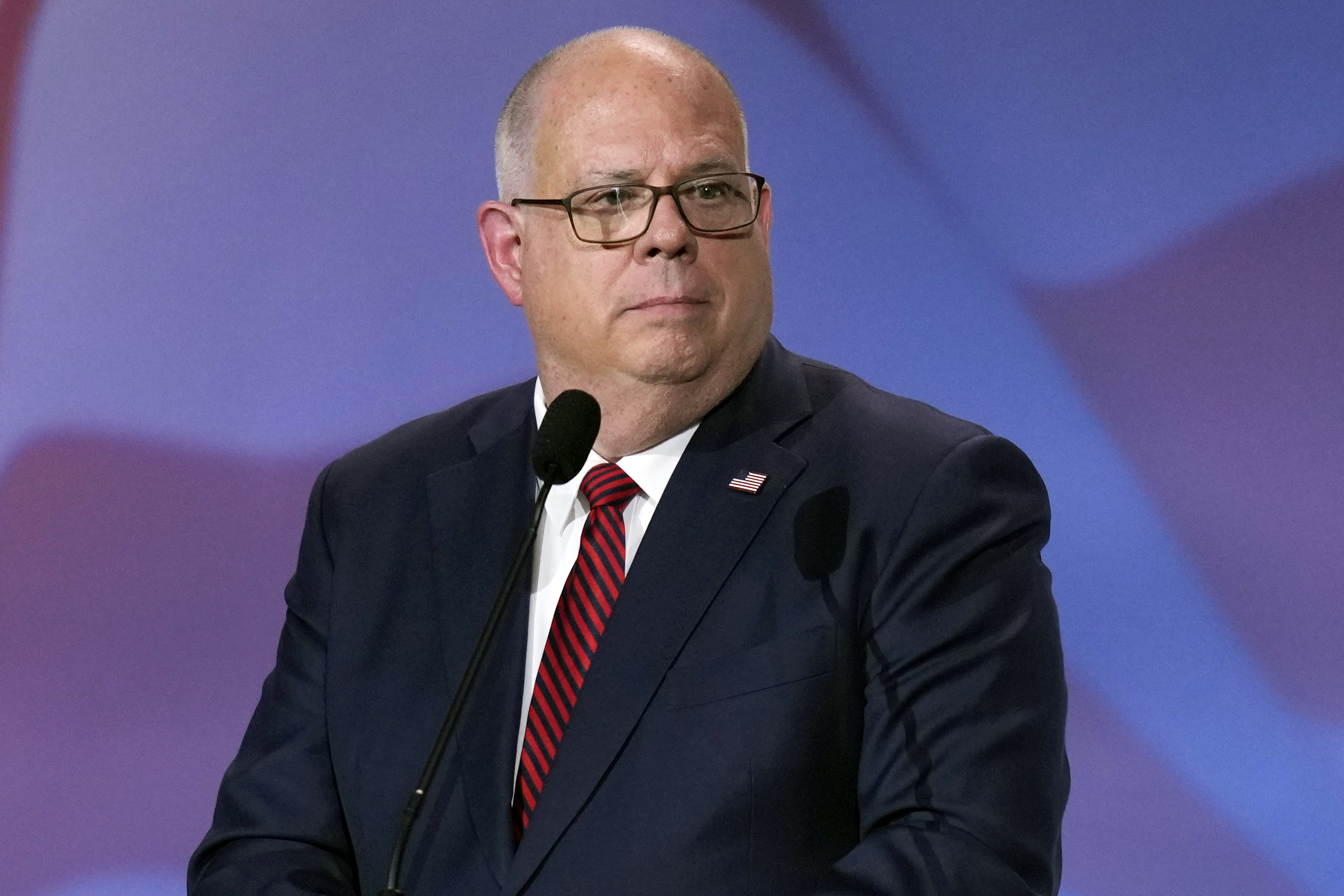 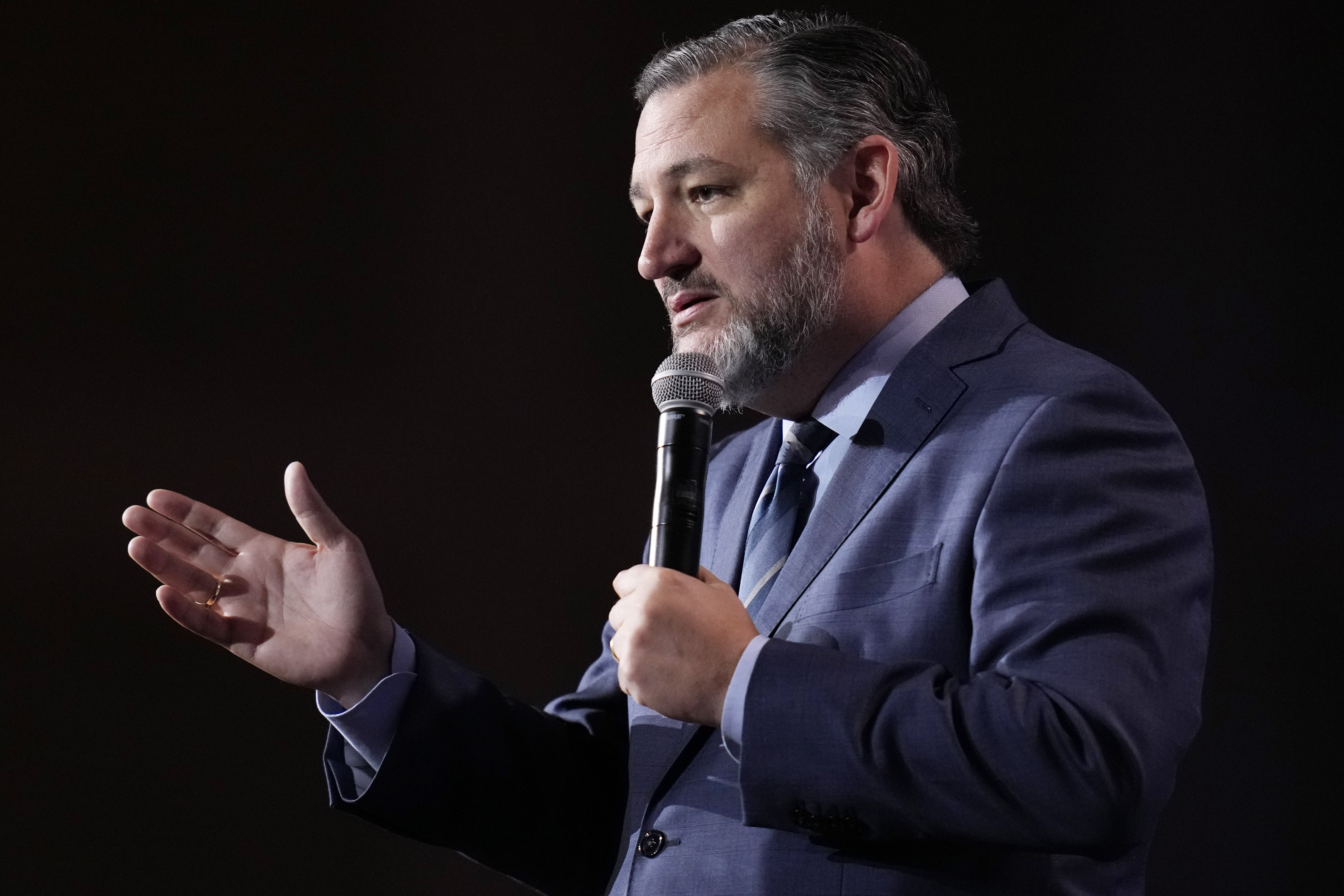 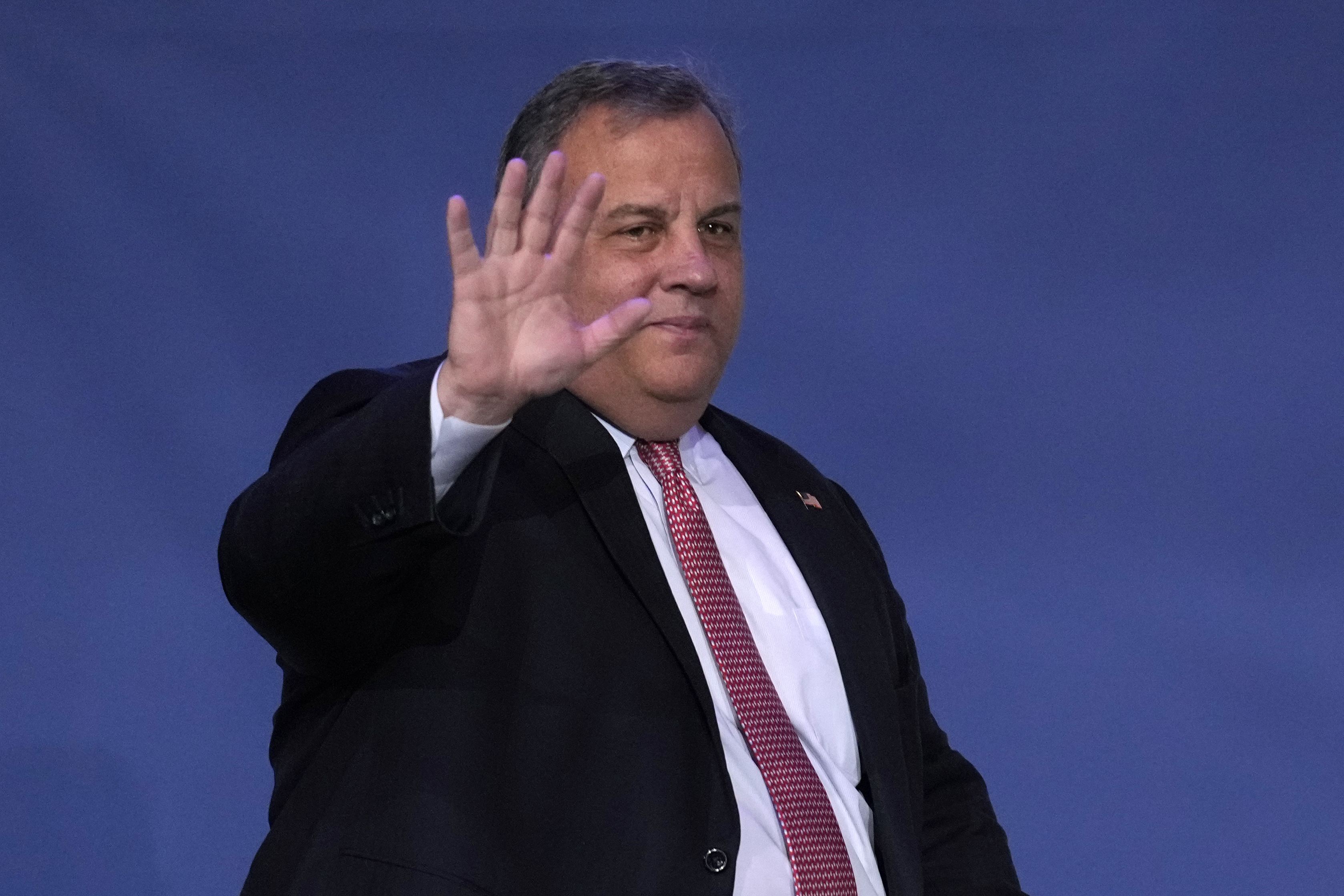 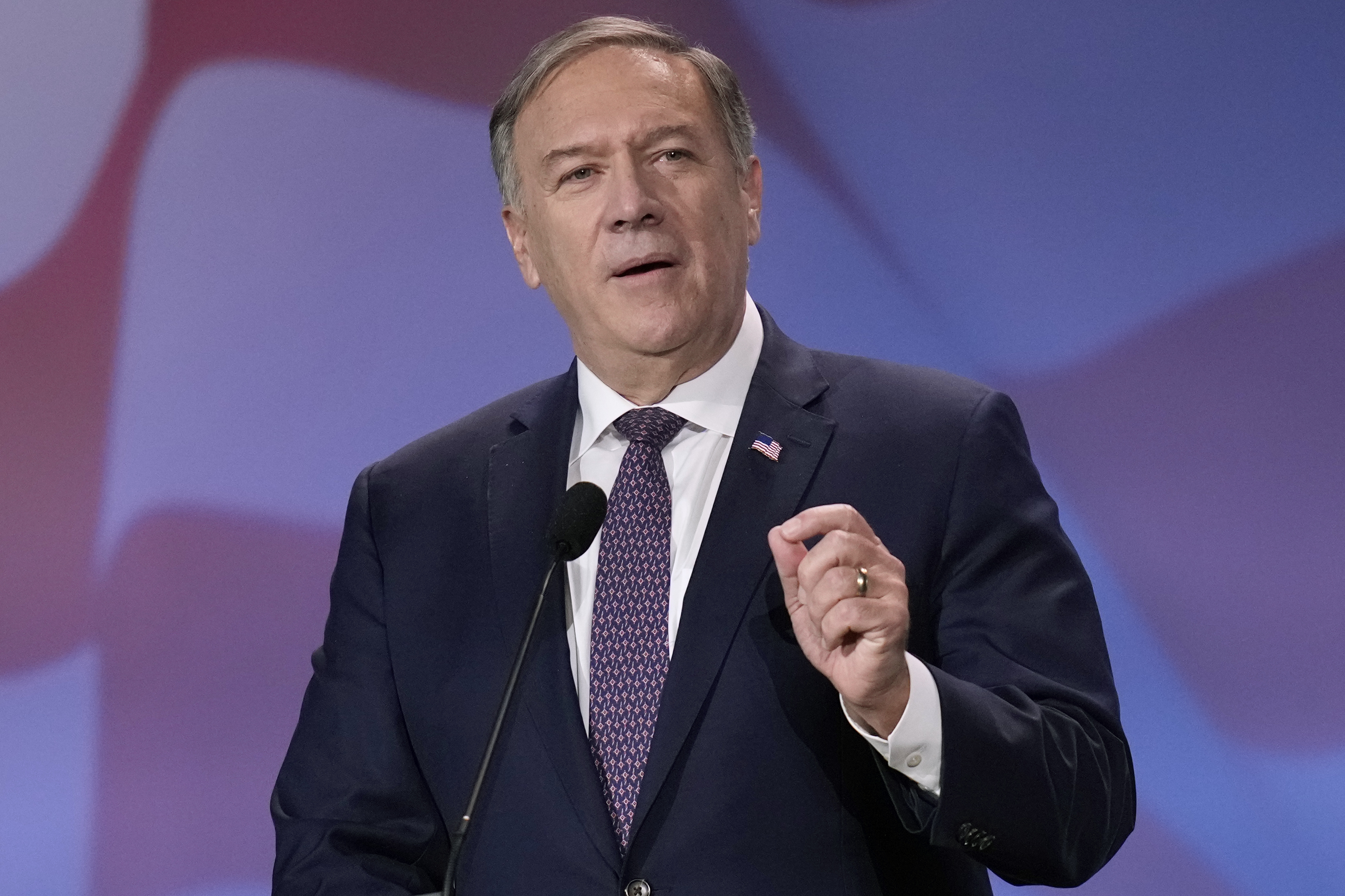 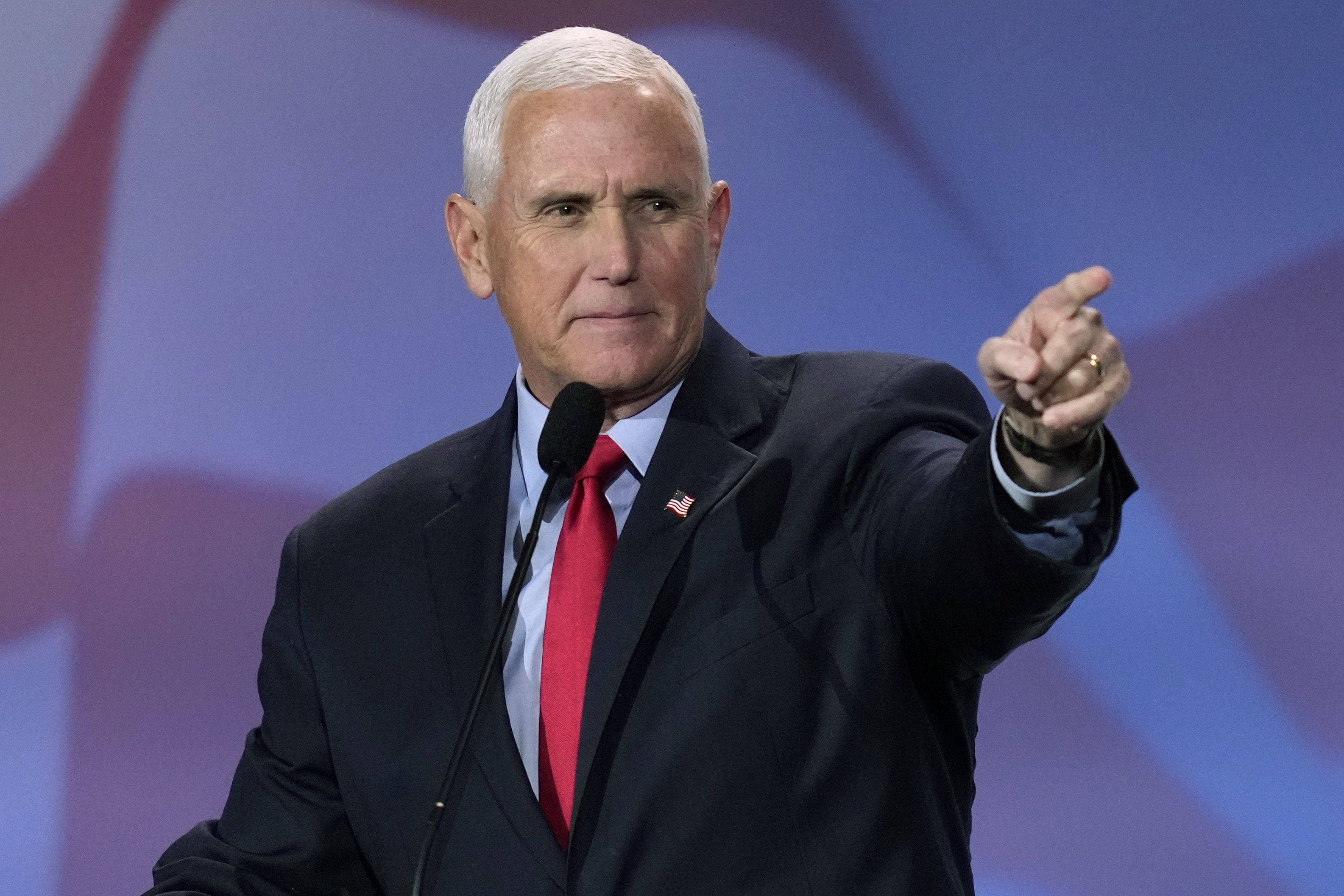