Wintry spin on tabbouleh makes a stellar Thanksgiving side 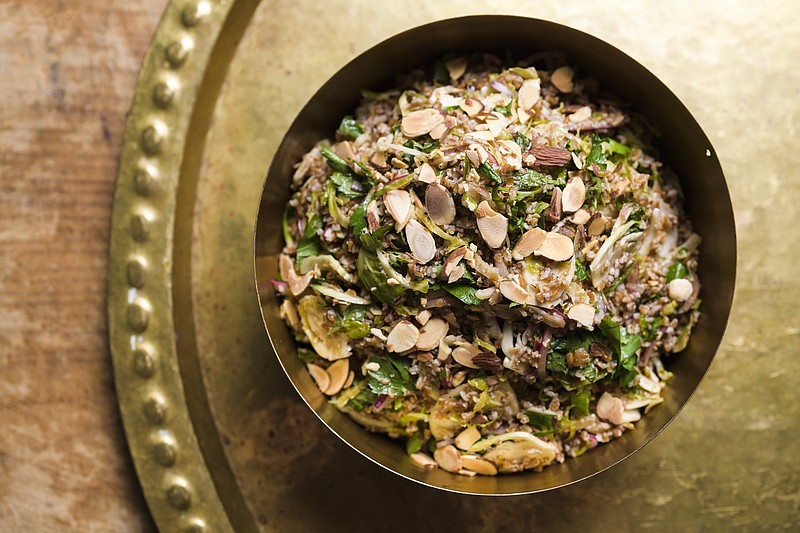 Though classic tabbouleh leans summery, with tomatoes, cucumbers and herbs, a seasonal spin on the nutty grain dish turns it into an easy Thanksgiving side.

This cool-weather riff from our book "Tuesday Nights Mediterranean," which features weeknight-friendly meals from the region, mixes bulgur with Brussels sprouts and fennel. For the dressing, we were inspired by the creative license we found at Moro, a London restaurant that combines flavors from Spain, Morocco, Iran and Turkey.

They dress their tabbouleh with a sweet-tart mixture of syrupy pomegranate molasses, olive oil, garlic and a touch of cinnamon. Allowing the shaved vegetables to soak for a bit in the dressing softens their hearty texture without the need for cooking them.

We use coarse bulgur -- and a good amount of it -- to make the salad more grain-centric. A food processor fitted with the thin (2-millimeter) slicing disk makes quick work of vegetable prep. But, if you prefer, the vegetables also can be sliced by hand. This tabbouleh is delicious either at room temperature or slightly chilled.

Make sure to remember to rinse the hydrated bulgur before adding it to the vegetables. Rinsing stops the cooking process and cools down the bulgur so its heat doesn't cause the vegetables to lose too much texture.

And if your fennel bulb has feathery fronds attached, don't discard them. Chop the fronds and sprinkle them on as a flavorful garnish along with the almonds.

In a large bowl, whisk together the oil, pomegranate molasses, cinnamon, ½ teaspoon each salt and pepper and 1 tablespoon water; set aside. Using a food processor fitted with the thin (2-millimeter) slicing disk, slice the Brussels sprouts, fennel and onion, cutting the vegetables if needed to fit into the feed tube. Add the sliced vegetables to the dressing and toss, then let stand at room temperature while you soak the bulgur.

Add the bulgur to a medium bowl, then stir in the boiling water. Let stand for 15 minutes to allow the bulgur to hydrate. Drain in a fine-mesh strainer, rinse under cool water and drain again.

Add the bulgur to the bowl with the vegetables, along with the parsley and mint. Toss well, then taste and season with salt and pepper. Transfer to a serving dish and sprinkle with the almonds. 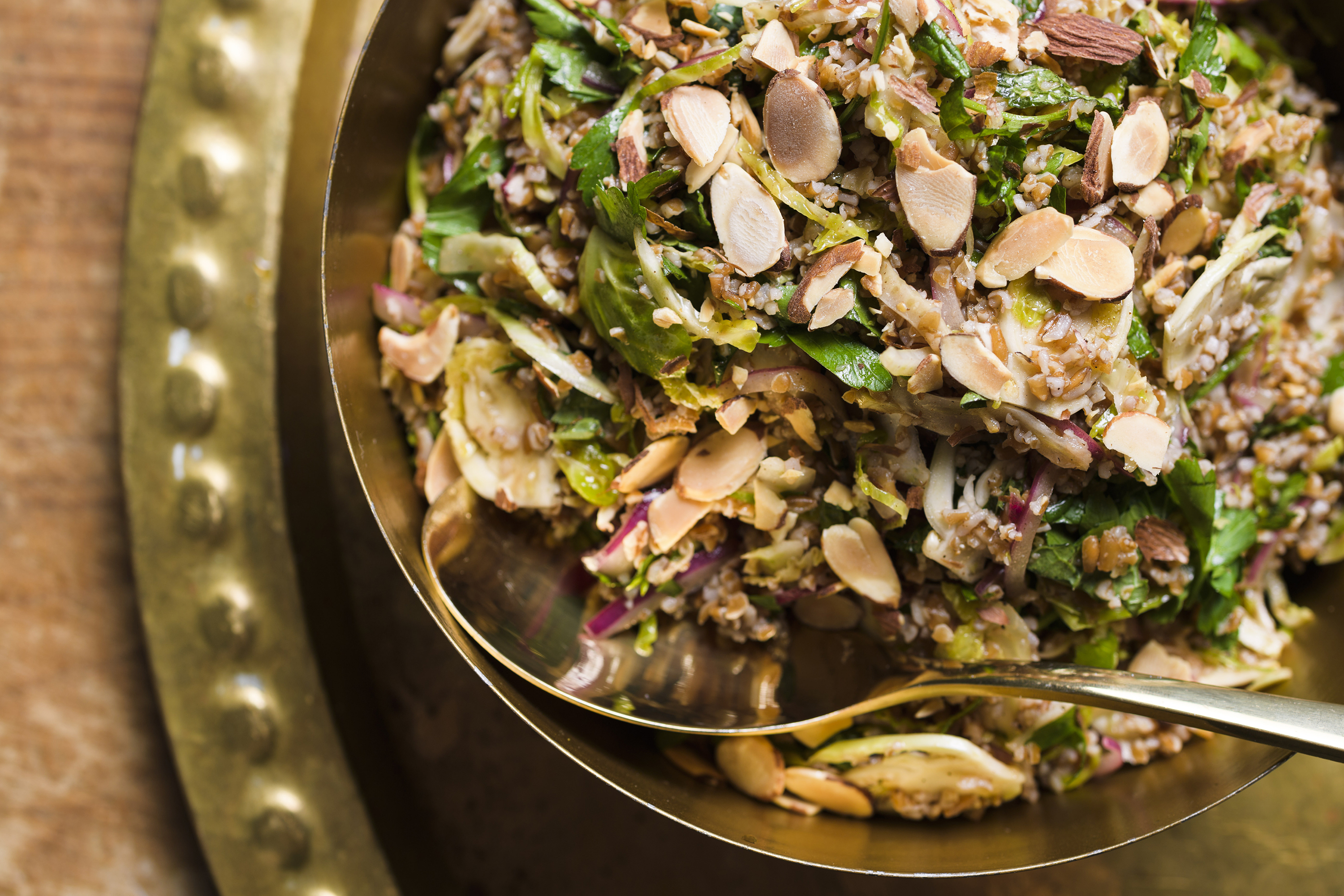 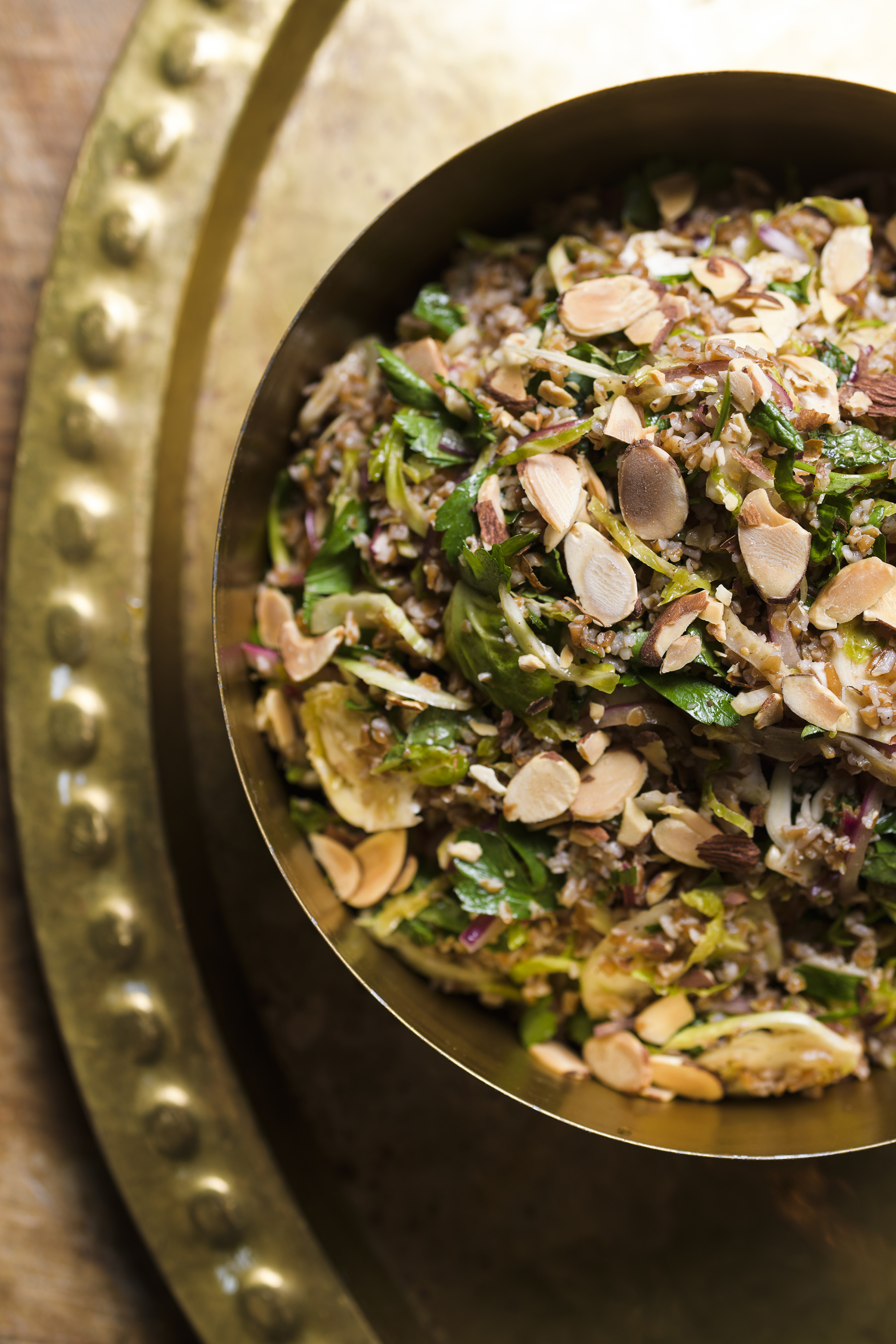