U.S. fans give up Thanksgiving to go to World Cup 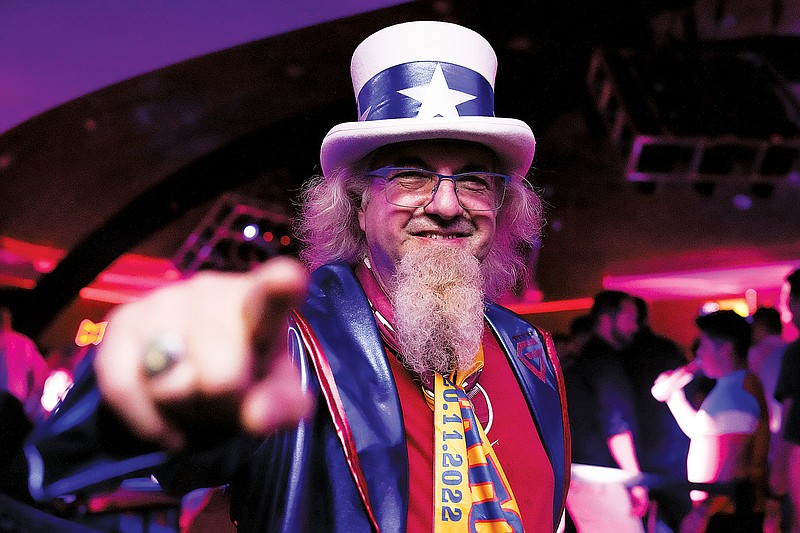 DOHA, Qatar -- Hector Garcia’s family had a hard time understanding his decision to travel to this year’s World Cup and abandon his annual gathering of 30 family and friends.

“This would have been my 40th year cooking turkey and I gave that up to be here. It was hard,” he said. “They were like: You are going to miss Thanksgiving? I’m like, well, yeah, it’s the World Cup. Not my fault they held it in the fall, the winter.”

Moving the tournament from its usual June/July slot to November/December likely caused some American fans to skip the trip to Qatar. Others used to making summer vacation a soccer trip were unable to take the trek because school is in session.

The U.S. Soccer Federation said it sold about 3,300 tickets for the Americans’ opener Monday against Wales, 3,800 for Friday’s game against England and 3,100 for the Nov. 29 group stage finale against Iran. In addition, conditional tickets were sold for the knockout stage: approximately 2,100 for the round of 16, 1,100 each for a quarterfinal and semifinal, 800 for the third-place match and 1,500 for the final Dec. 18.

FIFA did not specify how many tickets it sold directly to the U.S., only American residents bought the third-most tickets behind Qatar and Saudi Arabia.

For the 2014 tournament in Brazil, FIFA said more than 200,000 tickets were purchased by U.S. residents, second to the host. After the U.S. failed to qualify for the 2018 World Cup in Russia, FIFA said after the group stage that U.S. residents had bought about 97,000 tickets on its website.

“I think the reason why it’s different mainly is because of the cost factors associated with getting to Qatar,” said Donald Wine II, a board member of the American Outlaws supporters group. “That has ruled out a lot of people who would normally go to a World Cup, no matter whether it’s June or November.”

The American Outlaws rejected accepting paid travel and accommodations from Qatari organizers. It also will not host events, as it did in Brazil, and instead will aim for gatherings at next year’s Women’s World Cup.

“From the start, we expressed our disappointment in the selection of Qatar as the host nation of the World Cup, from human rights abuses, worker conditions, to LGBTQIA+ and women’s rights,” the Outlaws said in a statement. “Organizers of this World Cup have made it extremely difficult for groups like AO to help fans get to the World Cup, feel safe and welcome, or host events on their terms. As such the organization is not hosting stand alone events in Qatar as we hope to next year in New Zealand and Australia.”

The U.S. Soccer Federation is hosting fan gatherings at a “Budweiser Club” adjacent to a Doha hotel on the eve of all American games. While Qatar banned alcohol from stadiums, it was available at the party -- for 115 Qatari Riyal a drink, or about $32.

“I’m planning on going on every World Cup for the rest of my life. I’m hooked,” said Rodney Marayag, a 41-year-old from Inglewood, Calif. “I love the sport. I love to travel.”

Among the fans was Kanikah Perry-Acosta, mother of U.S. midfielder Kellyn Acosta. Fresh off a flight from Houston to Seattle and on to Qatar, she wore a new T-shirt supplied to families by the USSF.