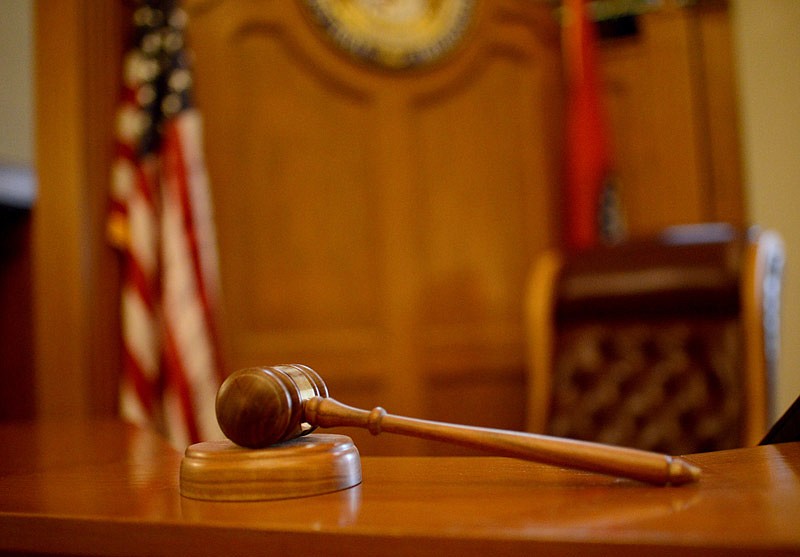 Missouri's burdensome process for seeking an expungement has rendered record sealing inaccessible for many who are working in low-wage jobs without bargaining power.

Under Missouri's expungement law, people who have committed certain crimes have the opportunity to get those offenses sealed. When the court seals or expunges a criminal record, it is no longer publicly accessible and requires a court order to reopen.

And the majority of nonviolent felony offenses in Missouri are eligible for relief, and Missouri has shorter waiting periods than many other states, according to The Restoration of Rights Project (RRP), a comparative analysis of state laws and practices from a coalition of national criminal justice organization.

The report also found failure to take advantage of an expungement can cost the convicted person; it estimated the aggregate annual earnings loss associated with clearable convictions is $2.6 billion.

The burdenson petition process required for an expungement is to blame, Smith said.

"In practice, the result is still that nobody actually gets the expungements because of burdensome aspects of the petition based process," Smith said.

In 2008, Fran Marion was convicted of check fraud. She was deeply embroiled in an abusive relationship and was supporting a household of nine people while working at McDonald's.

"I was naive and didn't know the ins and outs of the world," she said. "We were living without power, and I wanted to get our lives back together."

Her partner had stolen $700 worth of checks and asked her to cash them. She did and was immediately arrested and spent six years in prison.

Under Missouri law, a conviction for passing a bad check can be expunged from a criminal record. But Marion has never initiated the petition process to have her record expunged. She found the process too expensive, intricate and strenuous.

It's been almost a decade since Marion was released from prison, and she hasn't been able to find a job outside the fast food industry. She currently works at Taco Bell in Kansas City as a shift leader.

"It feels like I'm still doing time," Marion said. "And it feels like my kids are doing time with me because it affects my ability to keep a roof over their heads.

"I can meet every criteria for a job, but you see that felony, and it's over with."

Fran and her family aren't alone.

Nearly 50 percent of U.S. children have at least one parent with a criminal record, according to The Center for American Progress, a national nonpartisan policy institute.

According to data from Empower Missouri, there are almost 50,000 state and federal regulatory restrictions that limit individuals with records who have already served their time and "paid their debt to society," as Smith put it, from accessing employment, occupational licensing, housing, public benefits, voting education and other opportunities.

Empower Missouri, Missouri NAACP and the Responsible Business Initiative for Justice are spearheading a statewide initiative to pass Clean Slate legislation in Missouri in 2023. It would replace Missouri's petition-based expungement process with an automated one, which would streamline the record-sealing process.

"We are imagining a future where expungement is more accessible to those half-million Missourians who qualify, so the law in practice has the impact it was intended to have," Smith said.

The current process of getting an expungement involves submitting a petition in the county court where the individual was charged.

The process is time consuming, costly and confusing for people, Smith said.

"It's not an accessible process, especially for those who need it the most," Smith said. "Attorneys we work with have told me, even for them, the process is clear as mud."

The average cost of petitioning for expungement is $500, according to aggregate data from Empower Missouri. This number accounts for fines and fees, but most people will also have to pay to retain an attorney for the duration of the process, Smith said, which can last up to an entire year. Returning to the original county where the offense was committed can also be difficult for people to coordinate.

The petition-based process is slow moving and backlogged, she said. Based on the current timeline of expungement processing annually, it would take 1,000 years to clear the expungement backlog for Missouri's eligible population.

"It really puts it into perspective how absurd this situation is." she said. "At that rate, most people will never be able to qualify."

The Clean Slate Initiative hosted a series of town halls in late October and early November to build awareness about the campaign and the collateral consequences of a criminal record.

Each town hall shined a light onto the limitations in housing options, the lifelong reduction in earning potential, the undermining of family stability, difficulties accessing further education and limited employment opportunities.

Panelist J. Lopez works at the St. Charles Amazon facility and has been fighting to win better pay and safer working conditions at Amazon since May, alongside the Missouri Workers Center, a statewide organization of low-wage workers based in Kansas City and St. Louis.

Lopez was arrested multiple times in his early twenties, which has barred him from multiple job opportunities and advancements in his career. Eight years later, he's still struggling with the consequences of his record.

"I'm a totally different person than I used to be," Lopez said. "It can get hopeless sometimes, but it's why I attach to labor organizing and the Clean Slate Initiative. It's been hard for myself, but I can only imagine what someone who has served time may experience after they get out."

Outside of Amazon and the Missouri Workers Center, Lopez coaches his son's junior high football team. At Amazon, Lopez works as a process assistant, meaning he "coaches" his co-workers in production.

He said he's experienced and witnessed the way having a criminal record locks people into a cycle of low-wage work with scant opportunities for advancement, negotiation or transitioning to higher paying jobs.

Workers with criminal records make up a segment of the labor market that is more easily exploitable. With less alternatives, the threat of retaliation and firing is much more pronounced, he said.

Many "second chance employers," or companies like Amazon, Walmart and McDonald's, have publicly stated they're hiring workers with criminal records and posit their openness as a charitable act.

But for many of these second chance employers, it's also a way to access a segment of the labor market where they can justify lower wages or unsafe working conditions and feel confident those workers won't fight back, Lopez said.

"It's a predatory environment. Employers are able to take advantage of people with criminal records, because we're in very precarious positions," he said. "It's part of how they intimidate us into not coming together and using our collective power to win better conditions for all workers at the store. It creates a group of people who have to be grateful for crumbs."

Like Marion, Lopez hasn't received an expungement because he found the petition process too burdensome.

After Marion spent six years in prison, she sought to reintegrate into society and got a job at a Popeyes fast food restaurant where she worked for seven years.

"I could've run that place with my eyes closed," Marion said. "I would have been a great management candidate, but I was told that I couldn't go any higher than where I was because I was a felon. I kept thinking, 'Am I going to be stuck here forever?'"

When her coworkers at Popeyes sought to recruit her for their labor organizing efforts, she initially declined for fear of losing her job, since she wouldn't have other opportunities to fall back on. The turning point came when her boss attended an organizing meeting and laughed at their struggles.

"I once took a leap of faith in the wrong direction and made the wrong decision. Joining the labor movement was my chance to take a leap and make the right decision," she added. "If I don't speak up for myself, who's gonna speak up for me? Because I have a voice too, and it matters."

Marion is still involved with the Missouri Workers Center, giving speeches in Jefferson City and Washington, D.C., and participating in strikes. In May, she led a strike at Popeyes for better benefits and pay, and racial equality.

Moving past their past

For the last 70 years, labor organizations have seen a steep decline. Whereas more than 30 percent of private sector workers in America belonged to unions in the 1950s, that number has dropped to around 6 percent nationally, according to statistics from the Missouri Workers Center. In Missouri, that number is 9 percent.

"In order to rebuild the labor movement to win back power for working people, we have to overcome racial and geographic divisions and build solidarity for multiracial working class movement that can take on big corporations like Amazon, McDonald's and Walmart, which are bleeding our state dry."

Al-Haj said the Missouri Workers Center has plans to expand into the middle of Missouri in the coming years in order to build a more robust presence across the entire state.

The legislation they're looking at will propose an increase in the cap on the number of offense records that one could seal. The current cap for felonies is one, and the cap for misdemeanors is two. Smith said they're hoping to raise the cap to three felonies and five misdemeanors.

"Many people with multiple convictions won't even try to petition for expungement, because they know they might still be left with convictions," Smith said.

Lopez said automatic expungements would give low-wage workers options that would benefit them and society.

"We would be able to pursue an actual career path with a livable wage, to demand better for ourselves without the fear of losing jobs or not being able to find another job," he said. "It would allow people to move past their past."

On average, the wages of people who receive expungements increase by over 20 percent just one year after the record has been cleared. And five years after expungement, individuals were less likely than members of the general public to be convicted of a crime, according to data from Empower Missouri.

"Everyone makes mistakes and bad decisions in their lives," Marion said. "For those of us who have done our time and learned better, when we come back out and we're trying to do right, accept that."