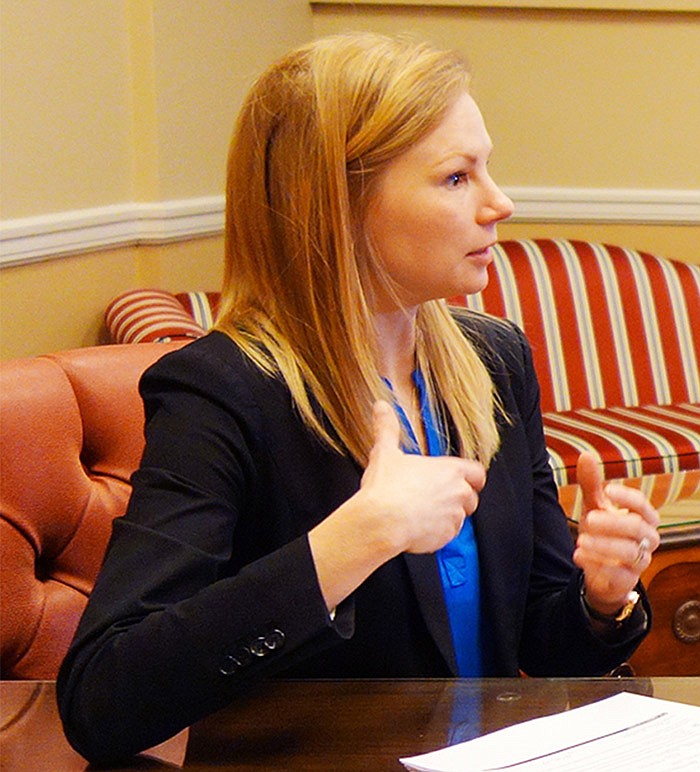 Osage County is in compliance with state accounting procedures, according to the report Galloway issued Nov. 18. A contracted accounting firm the auditor's office hired to review the county's financial statements delivered an unmodified opinion on a regulatory basis of accounting but an adverse opinion on generally accepted U.S. accounting principles.

Stopp & VanHoy CPAs and Business Advisors, a Creve Coeur-based firm, was hired for the job.

Osage County's financial statements are prepared using accounting practices permitted by state law to demonstrate compliance with state accounting regulations and budget laws, the firm found. But it's a separate set of accounting principles than those "generally accepted in the United States of America," the auditors wrote in their report.

"The effects on the financial statements of the variances between the regulatory basis of accounting ... and accounting principles generally accepted in the United States of America, although not reasonably determinable, are presumed to be material and pervasive," the auditors report continued.

Osage County, with a population of 13,274 as of the 2020 census, began 2021 with $3.6 million in cash and equivalents on hand. County officials took in another $9 million and spent $7.2 million over the course of the year, leaving an ending balance of $5.4 million.

Sales taxes were the largest contributor to the county's general revenue fund, raising more than $1.3 million over the course of the year. Money transfers, totaling $739,297, were the second largest funding source, followed by charges for government services, which totaled $639,717 for the year.

Spending from the county's $2.7 million general revenue fund was largely concentrated to the Osage County Sheriff's Department, which spent $847,231 throughout the year. Another $455,361 was spent on health and welfare services, while all other disbursements were less than $300,000 each.

The auditors also found Osage County to be out of compliance with state statutes related to budgetary expenditures.

The county had nine funds with actual expenditures exceeding what was budgeted in 2021, including the Special Road and Bridge, Emergency Management, Building and Grounds, Capital Infrastructure, Conceal and Carry, Prosecuting Attorney Training, Jail Renovation, Inmate Security and Tax Maintenance funds.

The auditors chalk up the discrepancy to an oversight and recommended the county periodically review its actual expenditures as compared to budgeted amounts.

The county's response, recorded in the audit report, is that the county clerk will perform a "detailed review of budgetary schedules and actual expenditures" to ensure compliance.

The auditors found Osage County to be in compliance with requirements attached to major federal programs it operates, but noted its Schedule of Expenditures of Federal Awards, a federal regulation requirement also known as SEFA, had some inaccuracies.

The firm recommended the county develop internal controls over reporting and consult with outside accountants to ensure SEFA is accurately done.

"The county's current internal controls over SEFA reporting are not sufficient enough to ensure correct SEFA reporting," the auditors wrote in their report.

The county's response, also included in the audit report, states training sessions will be initiated by the county clerk's office, and that the office is working to report the correct information by the next audit period. The county is also considering retaining an expert or consultant to assist with the next SEFA, according to its response in the audit report.