Missouri men use big second half to beat MVSU 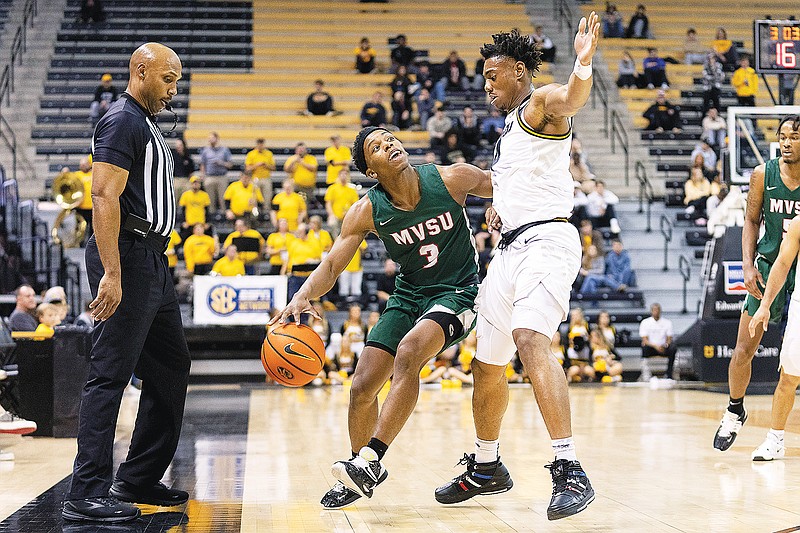 COLUMBIA, Mo. -- The Missouri Tigers picked up their fifth straight win to start the season Sunday, using a big second half to defeat Mississippi Valley State 83-62 at Mizzou Arena.

Missouri only trailed in the early going and led by as many as eight points in the opening six minutes at 20-12. But Mississippi Valley State came back with a 10-2 run in the next four minutes to tie it at 22.

The Tigers then scored the next five points to take the lead for good.

Missouri led 42-40 in the opening two minutes of the second half before going on an 8-0 run to push its lead to double digits. The Tigers led by as many as 24 points in the second half.

D’Moi Hodge and Isiaih Mosley had 18 points each to lead Missouri. DeAndre Gholston added 13 points, while Nick Honor added 10 to give the Tigers four players in double figures.

Missouri will host Coastal Carolina at 6 p.m. Wednesday, then wrap up a seven-game homestand Saturday against Houston Christian.