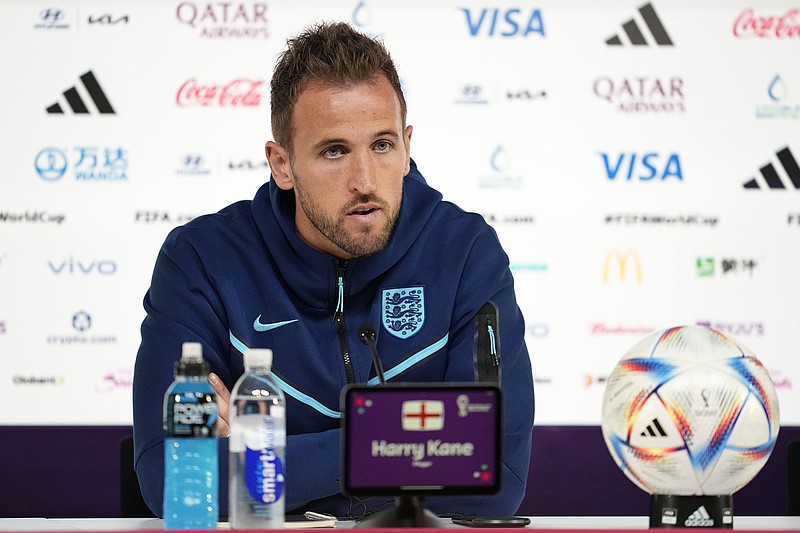 England forward Harry Kane speaks to the media during a press conference at the Qatar National Convention Center on the eve of the group B World Cup soccer match between England and Iran, in Doha, Qatar, Sunday, Nov. 20, 2022. (AP Photo/Abbie Parr)

DOHA, Qatar (AP) -- In a tense meeting at the World Cup on Sunday, FIFA tried to end a standoff with European teams about wearing unauthorized captain armbands for an anti-discrimination campaign that draws attention to Qatar.

FIFA wanted seven European soccer federations to back down from allowing their captains to wear "One Love" armbands -- a heart-shaped multi-colored logo aimed at exposing the host country's record on human rights.

FIFA failed to persuade the Europeans with a counter-proposal announced Saturday, and backed by United Nations agencies, of armbands with socially aware, though generic, slogans.

The urgency of the meeting at a luxury hotel in Doha was because England, the Netherlands and Wales all play today in their respective World Cup opening games.

"I think we've made it clear that we want to wear it," England captain Harry Kane said Sunday evening in Doha ahead of playing Iran.

Wales coach Robert Page said it will be "no different for us" at the late game today against the United States.

It sets up the prospect of viewers worldwide seeing in back-to-back-to-back games a symbol of disapproval with the host country and defiance of FIFA on the arms of Kane, Wales captain Gareth Bale and Netherlands captain Virgil van Dijk.

"We will stay with the European position," German soccer federation president Bernd Neuendorf said a day after team captain Manuel Neuer had promised to wear the "One Love" armband against Japan on Wednesday.

"FIFA came up with their own armband idea just two days ago. That was not acceptable for us," Neuendorf told German broadcaster ZDF.

Other officials declined to comment when leaving the meeting, but some noted the heated tone of exchanges.

FIFA also declined to comment, but on Saturday said it was "committed to using the power of football to effect positive change around the world."

The armband dispute flared two months ago and is still not resolved on the opening day of the tournament despite being a clear breach of FIFA regulations.

"For FIFA final competitions, the captain of each team must wear the captain's armband provided by FIFA," the soccer body's equipment regulations state.

A similar rule is written into tournament rules for this year's World Cup.

FIFA would typically open disciplinary cases if teams breached the rule, but its scope for punishment is likely limited to imposing fines of about $10,500 on some of its wealthiest member federations.

The "One Love" campaign promotes diversity and inclusion in soccer and was started in the Netherlands. Last year, Georginio Wijnaldum wore the armband at a European Championship game in Hungary with the consent of UEFA, the governing body of European soccer.

In September, 10 European teams said their captains would wear the armband in upcoming UEFA-organized games. Eight of those had qualified to play in Qatar and said they would also ask FIFA for permission. France has since withdrawn support citing a wish to show respect for Qatar.

FIFA had not publicly responded to the requests before president Gianni Infantino announced an in-house alternative in Doha.

The FIFA choice of slogans for group games include "SaveThePlanet," "ProtectChildren" and "ShareTheMeal." The slogan "NoDiscrimination" -- the only one aligned with the European teams' wish -- will appear at the quarterfinal stage. 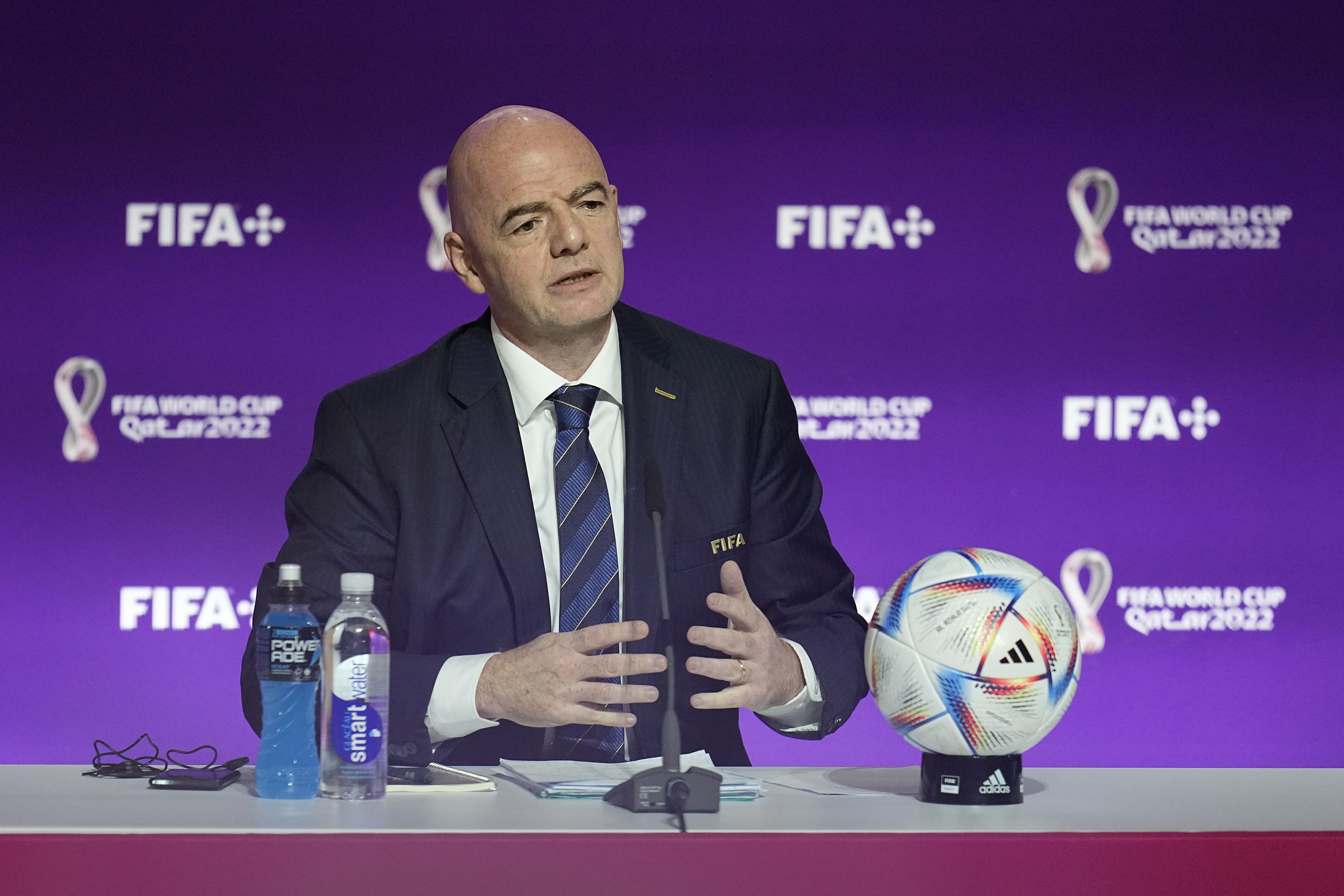