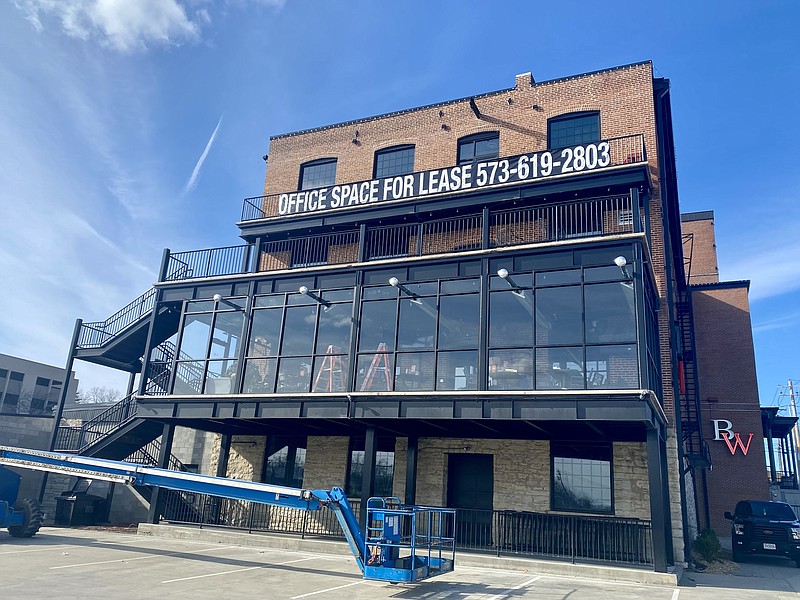 Big Whiskey's patio is a popular feature of the Jefferson City business, and it just made sure to let customers know patio season is now year-round.

The American restaurant and sports and whiskey bar unveiled the new glass enclosure for its patio last week, allowing guests to enjoy the space despite the dropping temperatures outside. The addition came about with help from another local business specializing in projects like Big Whiskey's.

"Come watch the games, and stay warm in our enclosed patio," the Jefferson City location announced on social media. "A big thank you to Brady's Jefferson City Glass Company!"

Brady's owner Ryan Birk said the project included Big Whiskey's, Brady's and local contractors Stark Construction Services coming up with the plan to enclose the space. From there, he said Brady's residential manager Ralph McCasland worked out a design, and the project fell into place just in time for customers to enjoy it.

"They provided Ralph some ideas and concepts and he provided a design that worked, and they were happy with," Birk said. "It was a fun project to work on and be a part of because we were able to see how it helped the Big Whiskey patrons and the owners immediately."

Big Whiskey's opened its doors in 2019, bringing the Springfield-based franchise to a spot that's seen its share of changes over the years. The building, formerly the JCD Building, was originally a shoe factory when it was built in 1905, then served as JCD Furniture starting in 1959. It now houses the restaurant on the first floor with other businesses making use of other parts of the large building.