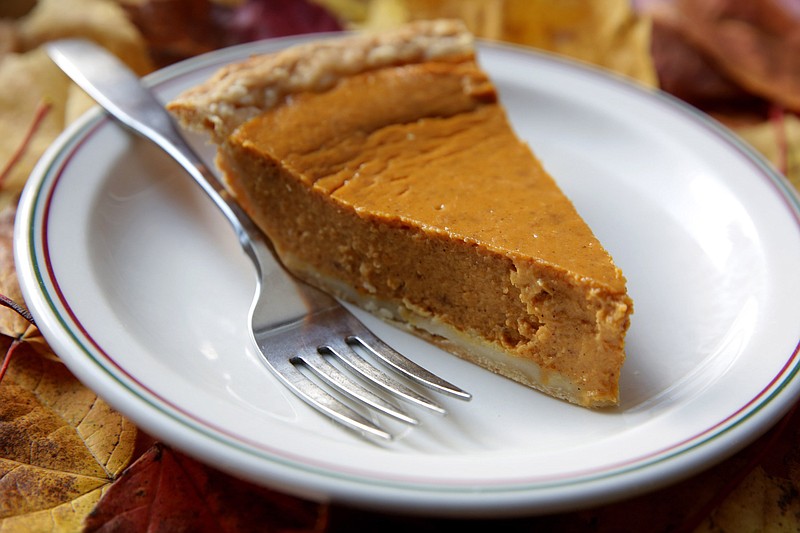 It's an annual dilemma.

Beginning with Thanksgiving, the holiday season is a time of overindulgence. As a host or hostess, do you want to partake in the festive fattening by serving the high-fat, high-calorie foods that we all associate with the holidays? Or do you feel it your duty -- or perhaps your medical necessity -- to cut back on the excess and serve dishes that are more healthful?

We can't solve the dilemma for you. It is a matter for your conscience, your waistline and the health of your guests.

But what we can do is to offer two versions of some of the most popular Thanksgiving recipes. One is the full-fat, full-calorie version that calls to mind the fulfilling sense of holiday cheer we all crave. And the other is a lower-fat, lower-calorie version that is almost as good as the original.

Your guests may not know the difference, but their doctors and their bathroom scales will thank you.

Let's start with scalloped potatoes, a dish that comes out at special events when mashed potatoes just seem a little too tame.

The high-fat version is a cheesy, creamy marvel. Tender slices of potato are simmered in a rich, thick and robust sauce of cream (blended with chicken stock) and flavored with the earthy tones of onions and thyme.

On the top is a brown and bubbling layer of melted cheddar cheese. It is so hearty and stick-to-your-ribs satisfying that it is the rarest of side dishes, one that commands as much attention as the entrée.

But the Healthier Scalloped Potatoes I made are also impressive. They use several clever tricks to replace the rich robustness of the original recipe while sacrificing surprisingly little of the taste or the velvety way it coats your mouth.

Instead of heavy cream mixed with broth, the lower-fat version uses 2 percent milk. Some of the richness of the original is re-created by the judicious use of low-fat cream cheese, and the sauce is thickened with a slurry of cornstarch and water instead of the much more fattening simmered cream.

The healthier version is topped with Parmesan cheese instead of cheddar. Although the two have nearly the same number of calories, Parmesan has a sharper taste so you can get away with using only half of the amount. The melted cheddar makes a prettier presentation, though.

Next, I made two versions of hollandaise sauce, the almost miraculous emulsion of egg yolks, lemon juice and butter -- lots and lots of butter.

The fat from melted butter is thoroughly whisked over heat into the protein of egg yolks and the acid of lemon juice. Basically, you're making a mayonnaise, only it surpasses regular homemade mayo because butter is better than oil.

It's impossibly light and rich at the same time, and immediately adds additional elegance to asparagus at Thanksgiving, or eggs benedict or salmon the rest of the year.

There is a downside to the standard way of making hollandaise, though: It can break. That is, despite your hardest efforts, the fat from the butter can separate from the protein of the yolks, and it will look and taste curdled and unappealing. Usually it happens when you add the butter too quickly, and it can happen to anyone.

It had never happened to me, though, until the first time I made the recipe for this article. Then it happened the second time, too, and the third. I think I was too anxious with the butter, even though I had successfully made the same recipe in the past.

The fourth time was the charm. And it was worth the wait. Sort of.

I am happy to report, though, that there is no such problem with the lower-fat version, Yogurt Hollandaise Sauce. There is no danger of the sauce breaking because there is little fat in it, until a single tablespoon of butter is added at the end for flavor.

As the name indicates, the heavy lifting is done by low-fat yogurt. This adds both a tanginess and a richness to the sauce, as well as much-needed stability. A dash of Dijon mustard makes the sauce seem a little more serious, and the butter at the end is all it needs to recall the buttery flavor of the standard sauce.

I baked it in my favorite flaky homemade crust. You could always use a refrigerated or frozen crust, I suppose, but it's Thanksgiving. Do it up right. There is no premade crust that tastes as good as homemade.

For my lower-calorie version, I again turned to Betty Crocker and used the filling for her Skinny Pumpkin Pie. This recipe uses egg whites instead of whole eggs and fat-free evaporated milk instead of whole-fat. A half-teaspoon of vanilla extract is all it takes to replace the rich feel of the standard filling.

Interestingly, it uses pumpkin pie spice instead of the mixture of cinnamon, ginger and cloves. I don't know why, but I used it and, frankly, the pumpkin-pie flavor was even more pronounced in this more healthful version.

I didn't want the calories and fat of a pie crust, so I first thought of putting the filling on top of a crisp meringue. I ran the numbers, and the result was much better for you in every category -- except sugar. Meringue uses a lot of sugar, and you can't skimp on it or the structure will collapse.

So I put the filling instead in those little frozen phyllo cups, which are nicely crunchy but have very few calories and almost no butter.

You'll know they're healthful when you eat them, but they are so good that you won't even care.

Note: To keep the potato slices the same size so they cook evenly, use a mandoline or a food processor with a slicing blade. If the slices begin to darken while you prepare the other ingredients, you can store them in a mixture of the broth and cream in the refrigerator.

1. Place a rack in the middle of the oven and preheat to 425 degrees. Melt the butter in a large Dutch oven over medium-high heat. Add the onion and cook until softened, about 5 minutes. Stir in the thyme, garlic, salt and pepper, and cook until fragrant, about 30 seconds.

2. Add the potatoes, broth, cream and bay leaves. Bring the mixture to a simmer. Reduce the heat to medium-low, cover and cook, stirring occasionally, until the potatoes are almost tender, about 10 minutes.

3. Discard the bay leaves. Transfer the mixture to an 8-by-8-inch baking dish. Gently press the potatoes into an even layer and sprinkle the cheddar on top. Bake until the cream is bubbling around the edges and the top is golden brown, 15-20 minutes. Let cool for 10 minutes before serving.

To make ahead: Prepare through the part about pressing the potatoes into an even layer in a baking dish in Step 3. Do not add the cheese. Wrap in plastic wrap and refrigerate up to 24 hours. To heat, add the cheese, cover with foil and bake in a 400-degree oven until the mixture is hot and bubbling at the edges, about 45 minutes. Remove the foil and cook until the cheddar begins to brown, about 30 more minutes. Let cool 10 minutes before serving.

Notes: To keep the potato slices the same size so they cook evenly, use a mandoline or a food processor with a slicing blade. If the slices begin to darken while you prepare the other ingredients, you can store them in the milk in the refrigerator.

Do not use 1% low-fat milk or skim milk for this recipe; they will curdle during baking.

1. Place a rack in the middle of the oven and preheat to 450 degrees. Heat the oil in a large Dutch oven over medium heat until shimmering. Add the onion and 1/2 teaspoon salt and cook until the onion is softened, about 5-7 minutes. Stir in the garlic and thyme and cook until fragrant, about 30 seconds.

2. Add the potatoes, milk and bay leaves and bring to a simmer. Cover, reduce the heat to low, and simmer until the potatoes are partially tender (the tip of a paring knife can be slipped into the center of a potato with some resistance), about 10 minutes.

3. Discard the bay leaves. Whisk the cornstarch and water together, then add to the pot and bring to a simmer. Off the heat, stir in the cream cheese, 2 tablespoons of the Parmesan and 1/4 teaspoon pepper, being careful not to break up the potatoes. Transfer mixture to an 8-by-8-inch baking dish.

4. Sprinkle with the remaining Parmesan. Cover the dish with foil and bake until bubbling around the edges, around 20 minutes. Remove the foil and continue to bake until the potatoes are completely tender and the top is golden brown, 10-15 minutes. Let cool for 10 minutes before serving.

To make ahead: Prepare through Step 3. Wrap in plastic wrap and refrigerate up to 24 hours. To heat, add the remaining Parmesan, cover with foil and bake in a 425-degree oven until the mixture is hot and bubbling at the edges, about 45 minutes. Remove the foil and cook until the potatoes are completely tender and the top is golden brown, 10-15 minutes. Let cool for 10 minutes before serving.

1. Vigorously whisk the egg yolks and lemon juice together in a stainless steel bowl until the mixture is thickened and doubled in volume. Place the bowl over a saucepan containing barely simmering water (or use a double boiler). The water should not touch the bottom of the bowl. Continue to whisk rapidly. Be careful not to let the eggs get too hot or they will scramble.

2. Drizzle in the melted butter in a thin, steady stream -- do not add the butter too slowly or too quickly -- and continue to whisk until the sauce is thickened and doubled in volume. If necessary to keep the eggs from overheating while doing this step, take the bowl off the top of the pot while still whisking to allow it to cool down a bit. Then return to the heat. When done, remove from heat and whisk in cayenne and salt.

3. Cover and place in a warm spot until ready to use. If the sauce gets too thick, whisk in a few drops of warm water before serving.

1. Off the heat in the top pot of a double boiler or in a metal bowl that fits into a pot, beat together the yogurt, lemon juice and yolks. Fit the pot or bowl into a saucepan containing barely simmering water; the water should not touch the bottom of the bowl.

2. Heat, stirring frequently, until the sauce has thickened, around 15 minutes. The sauce will become thinner after 10 minutes or so, and will then thicken again.

3. Remove from heat and stir in salt, mustard, pepper and butter. Stir until the butter has melted and is thoroughly incorporated into the sauce.

4. Reduce oven temperature to 350 degrees. Bake about 45 minutes longer or until knife inserted in center comes out clean (cover crust with aluminum foil if it begins to become too brown). Place pie on cooling rack. Cool completely, about 2 hours. Serve with whipped cream if desired.

Note: Mini phyllo cups are available in the freezer section of most grocery stores.

1. Heat mini phyllo cups according to package directions. Allow to cool before using.

4. Line the bottom and sides of a 9-inch pie pan with parchment paper (spreading a little butter on the inside of the pan will help it stick). Pour the mixture into the pan and bake for 15 minutes.

5. Reduce oven temperature to 350 degrees and cook 40 more minutes or until a knife inserted into the center comes out clean. Cool at least 1 hour before using. Cover with plastic wrap and refrigerate if not using within 5 hours. 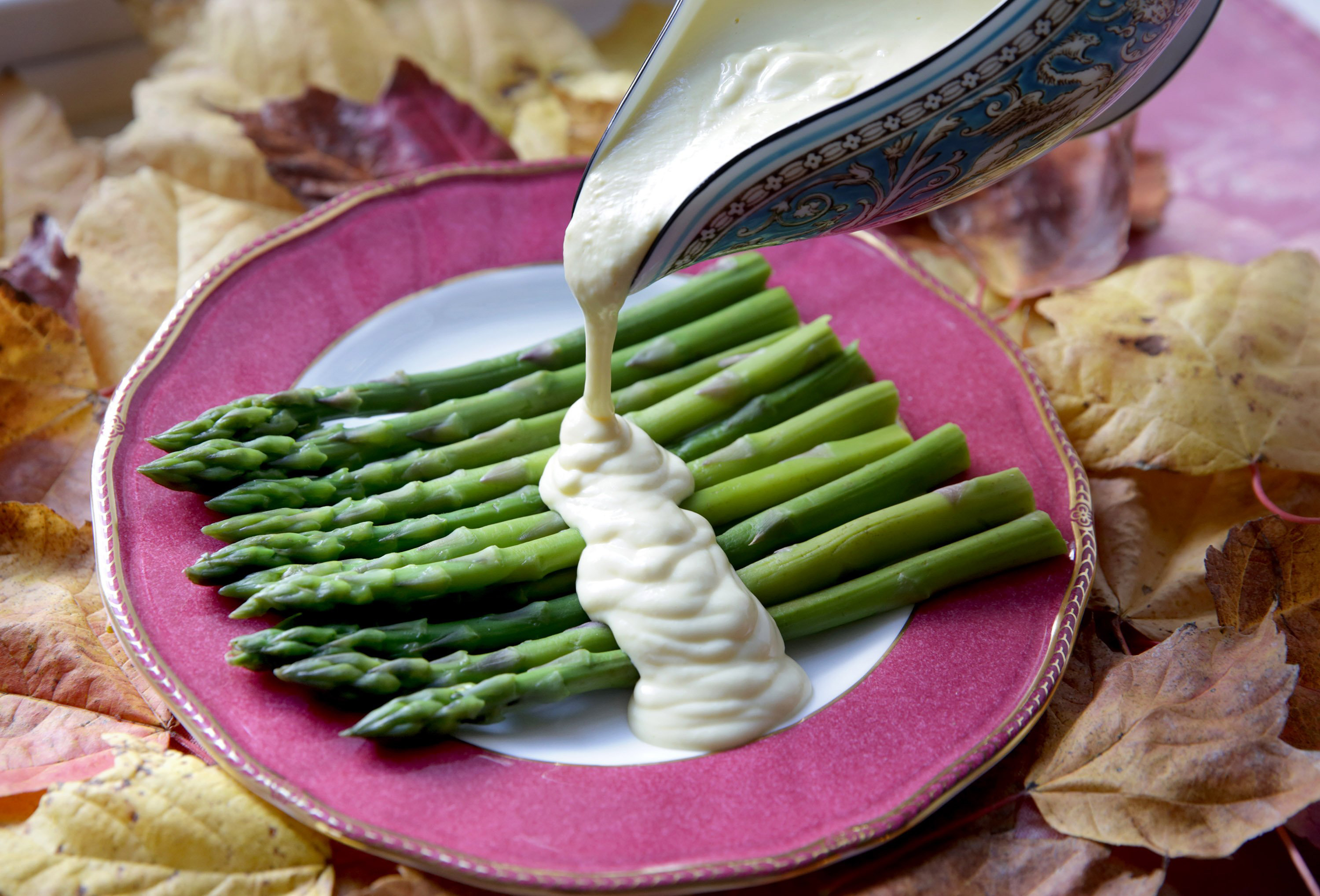 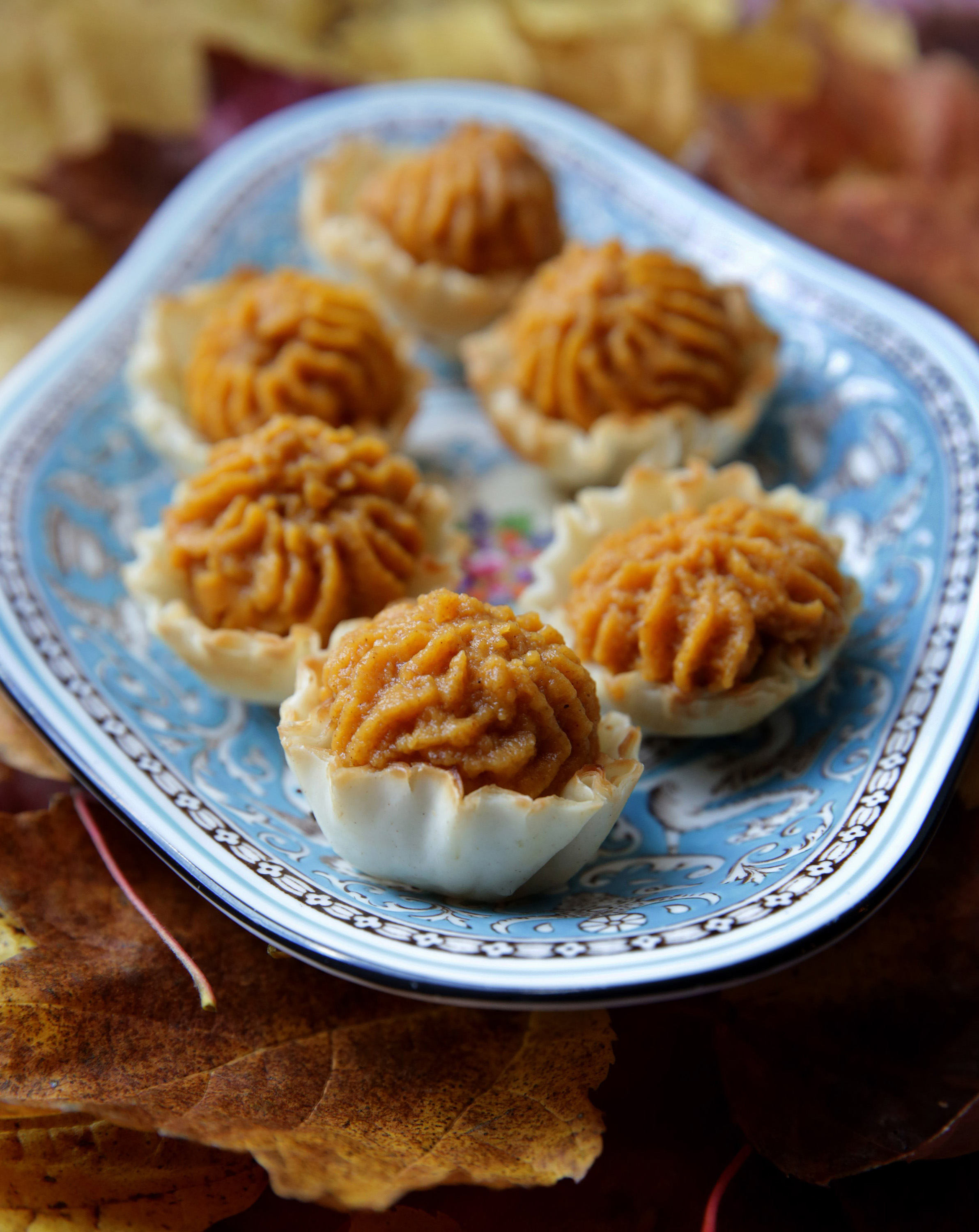 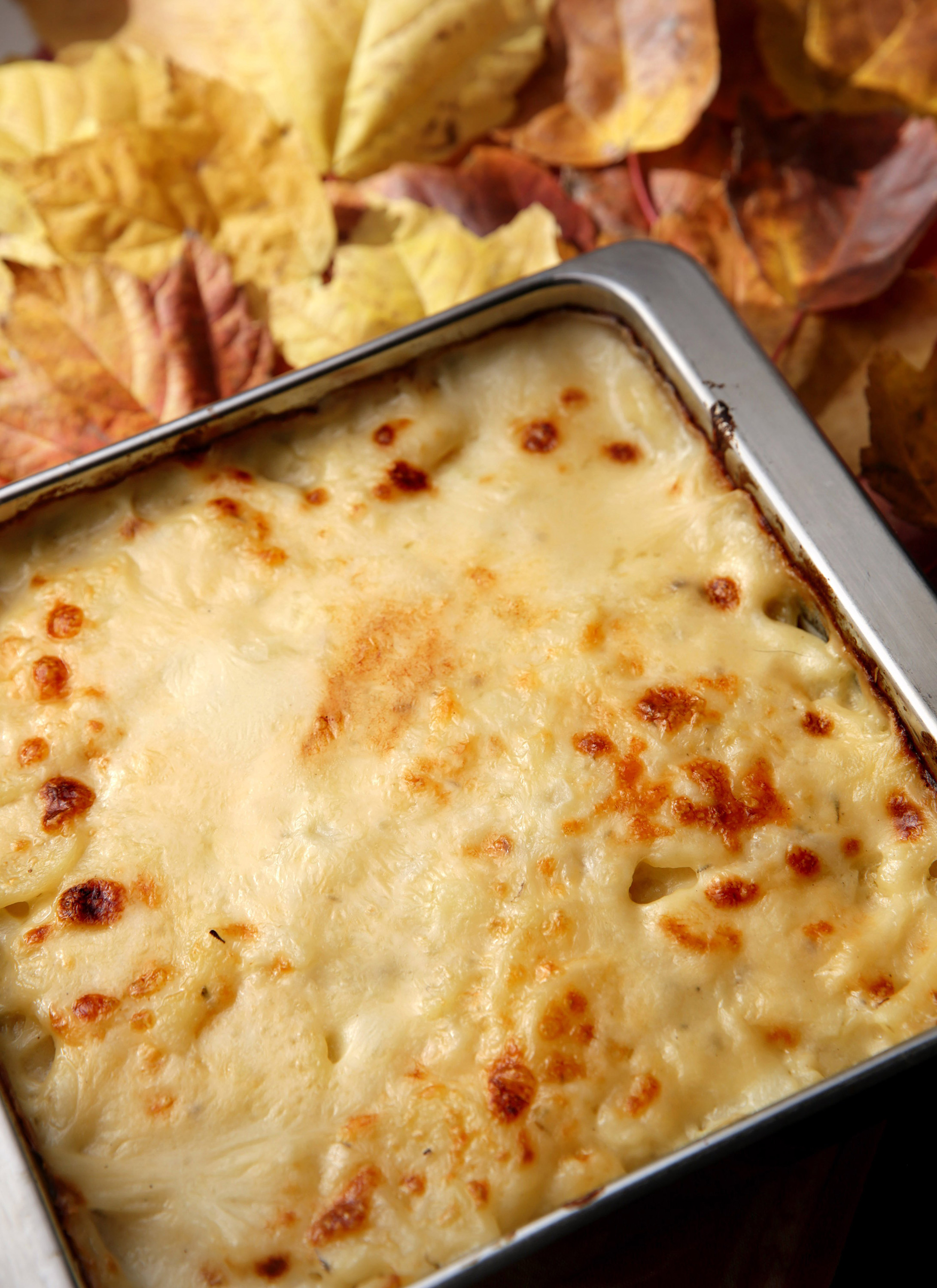 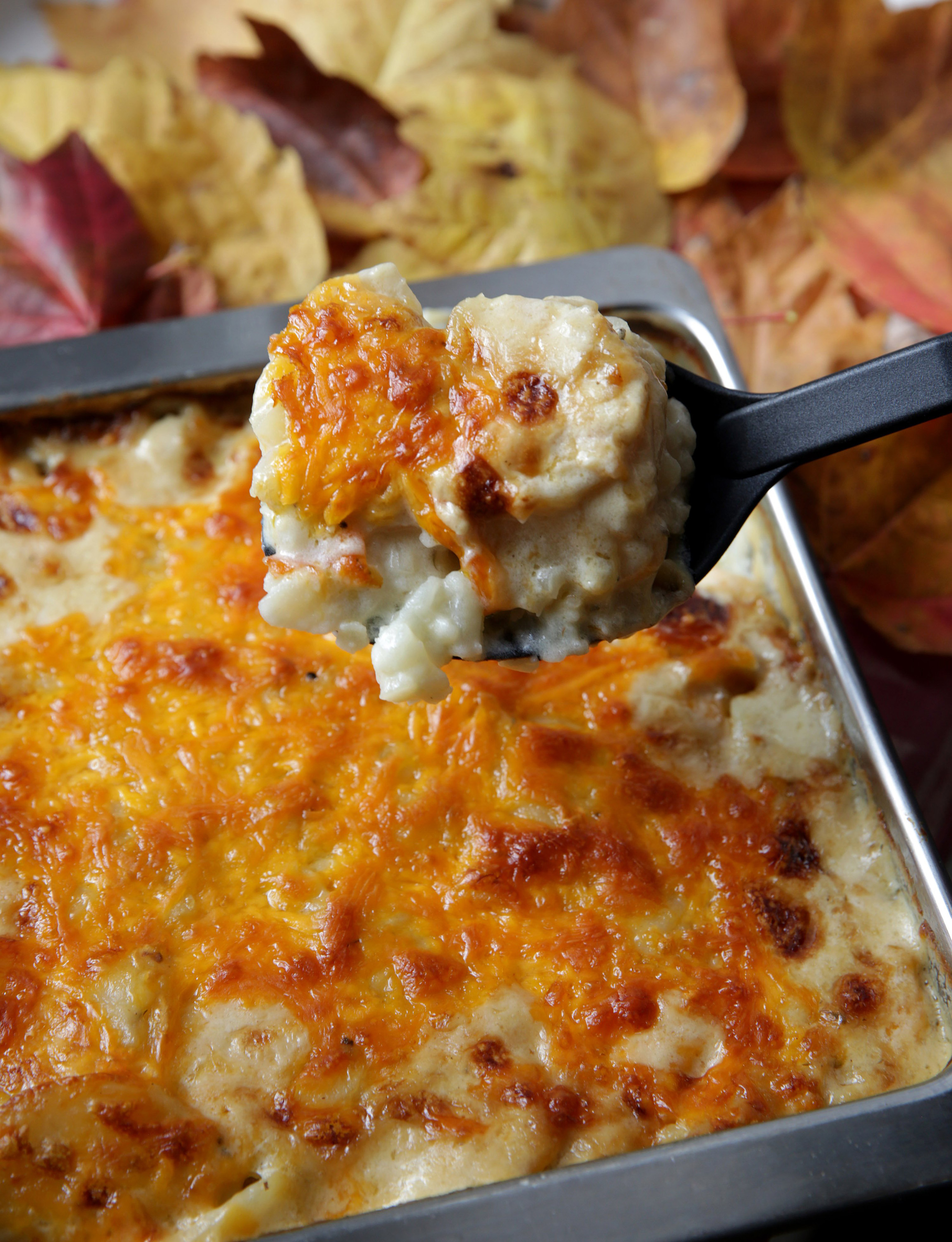 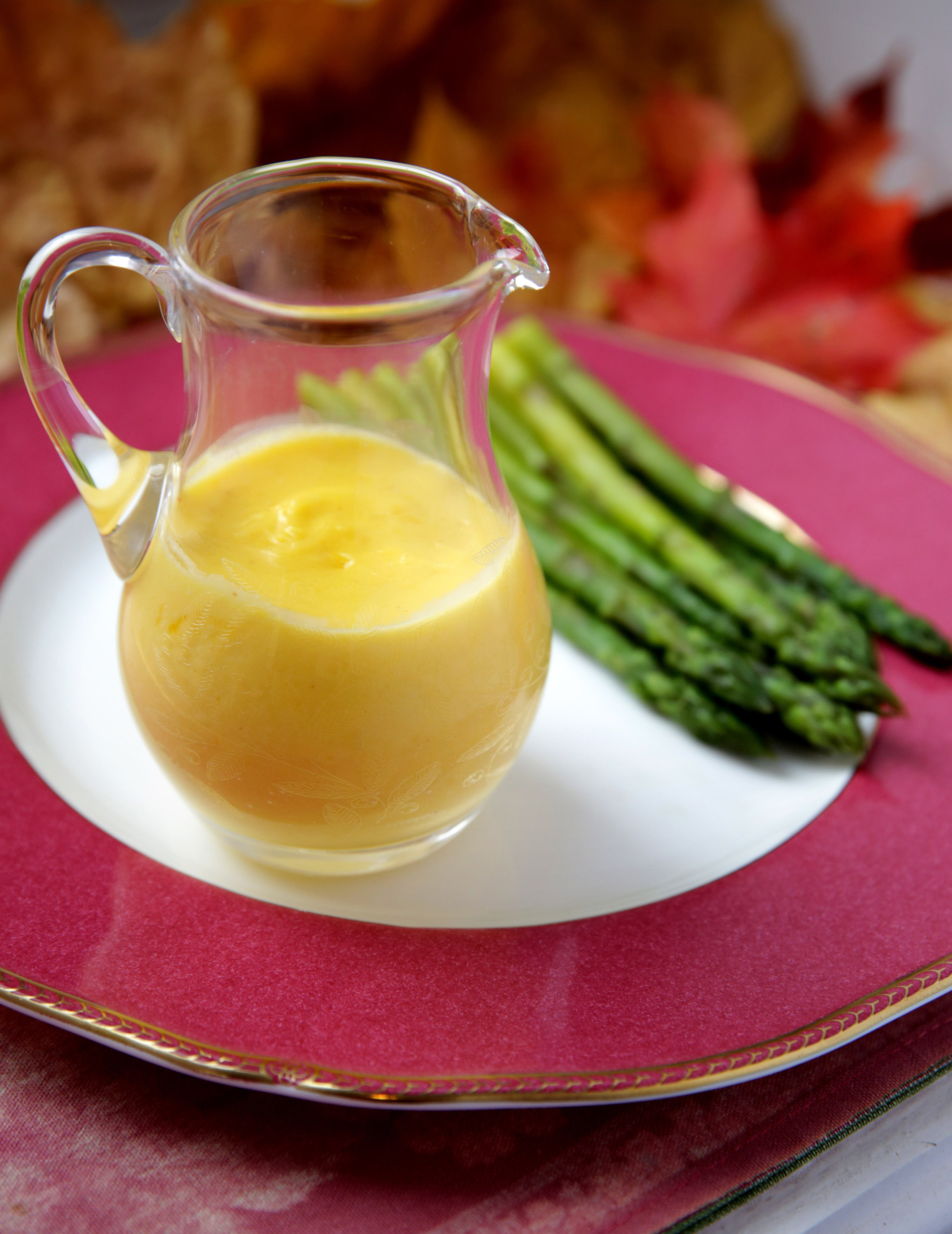