Put it in reverse 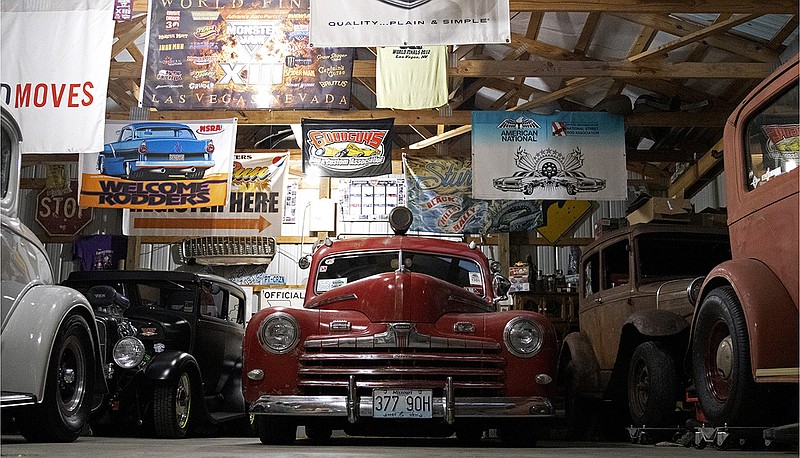 Car posters line the walls; grills serve as decoration. Her bedroom is not typical of a teenage girl — though it leaves little doubt to her interests.

Throughout the family home, shelves are adorned with Tonka trucks and Hot Wheels. For Mica and 17-year-old Sophie Baldwin, a mother/daughter duo and members of Mid Mo Old Car Club, a love of automobiles is familial.

“When I met my husband, he and his family had several old cars. Over the last 25 years, (he and I) have acquired several,” Mica said.

A piece in their current collection includes a 1952 Willys Overland Wagon and even more rare, a 1946 Ford Siebert Ambulance, which is potentially the last of its kind.

“It’s one of 12 that was stretched to make the ambulance off of a Sedan delivery,” she explained.

Mica’s love of classic cars was bound to trickle down to her children, but she could not have predicted the extent.

As Sophie came of age, she began to accompany her father, Rusty, in his shop, learning to build from the ground up. By age 15, she was certain of her career path. 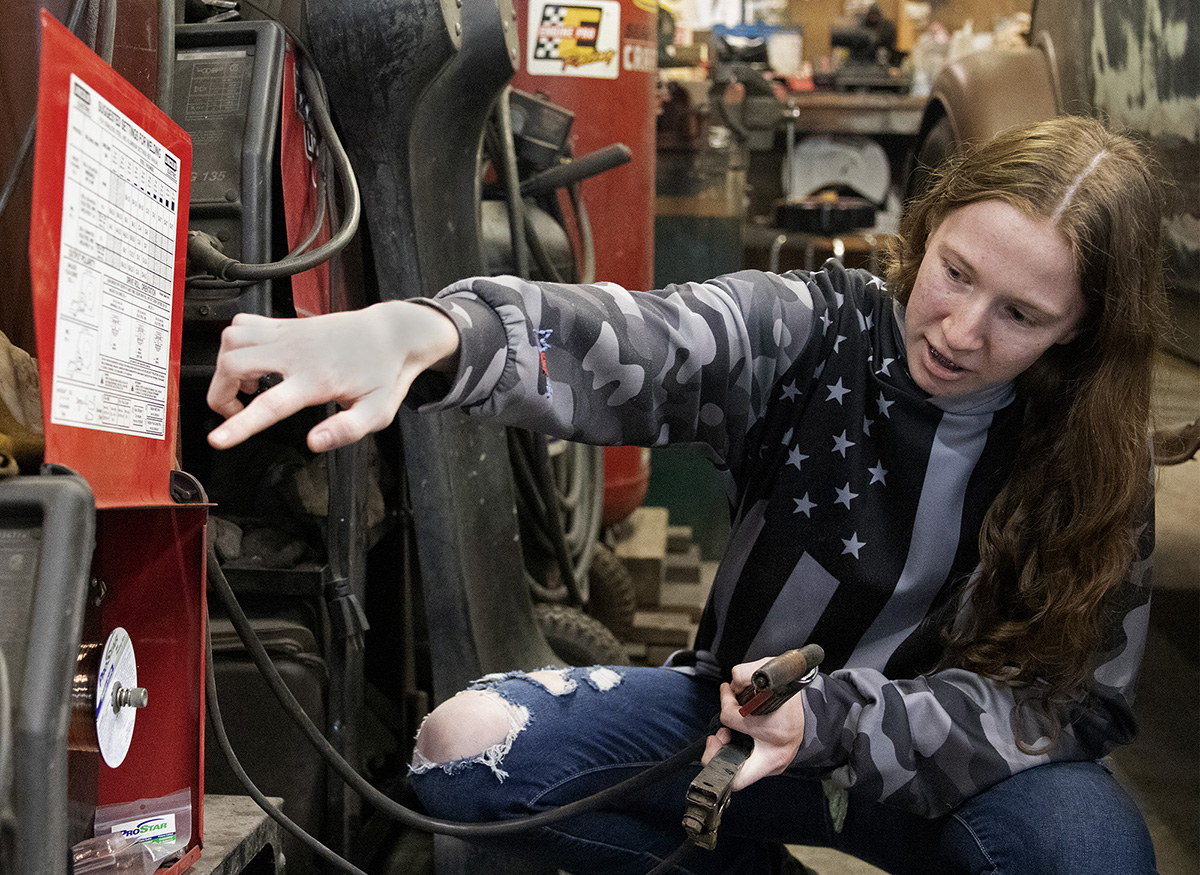 One of two females in her class, Sophie is markedly nonchalant about entering a male-dominated field. To her, piecing a car together is akin to building a puzzle, and has little — if anything — to do with gender.

“I like building with my hands instead of sitting around. It’s nice to get out in the garage and work; I really don’t know what else I’d want to do,” she said.

To her father, a safety inspector for the Missouri Highway Patrol, a vehicle’s integrity is not to be compromised. Their most recent project has come in the form of a 1929 Ford Model A, an endeavor she predicts will take another two years.

While Sophie represents the next generation of Mid Mo Old Car Club, members like Karen Winters and Laura Even paved the way for future members. Winters, head chairwoman of the club’s annual show, is a proud owner of a 1967 Mercury Cougar — but her favorite aspect of classic cars is the people within them.

“Car people just tend to be nice,” she said, citing a recent encounter with a particularly young enthusiast. “A man, Richard Brown, came up to us at the (53rd annual Old Car Roundup and Show). It was close to when we were going to close registration, and he goes, ‘If I give you the $20 for the entry fee, can I enter that little pedal car for my daughter? She’s not here yet, but when she gets here, you’ll see her polishing it. You don’t have to actually do anything; I just want to get her something that shows she entered.’” 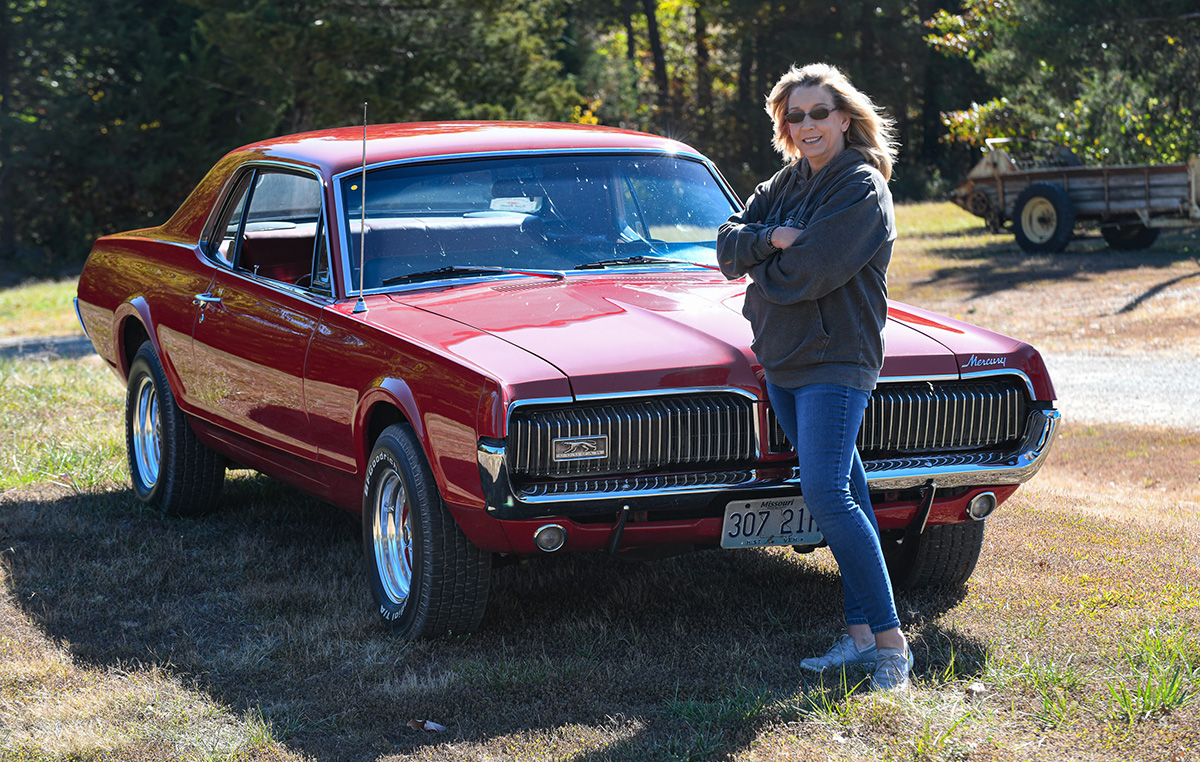 Karen Winters is pictured in front of her 1967 Mercury Cougar.
By Julie Smith

Warmed by the interaction, Winters and her husband, Tom, elected to place Addison in a young driver’s class where she won second place with her 1955 Chevy Bel Air.

“She thought that was the best thing ever. She was 4, so we’re starting them young. That’s the goal: to bring in new generations and keep this going.”

A Colorado native, Winters recalls her own introduction to the classics — much later than Addison — in the form of her beloved Cougar.

“That was our first car. We got it in Colorado Springs. We restored it, and it was the only car we had at the time. I remember thinking it was really pretty, but I was afraid to drive it. We put so much money into it,” she explained. “I would rarely go to car shows (with Tom).”

With the addition of a 1966 Nova, Tom needed an extra driver — and was determined to break Winters out of her comfort zone.

From that day forward, she and Tom enjoyed this commonality to the hilt. Acting as the local club’s chairman alongside his wife, the two aim to fill as many weekends between April and October as they can.

“We don’t necessarily go to shows expecting to win,” she said. “And that’s not what it’s about anyway. It’s about getting out and seeing some really nice cars and meeting really nice people.” 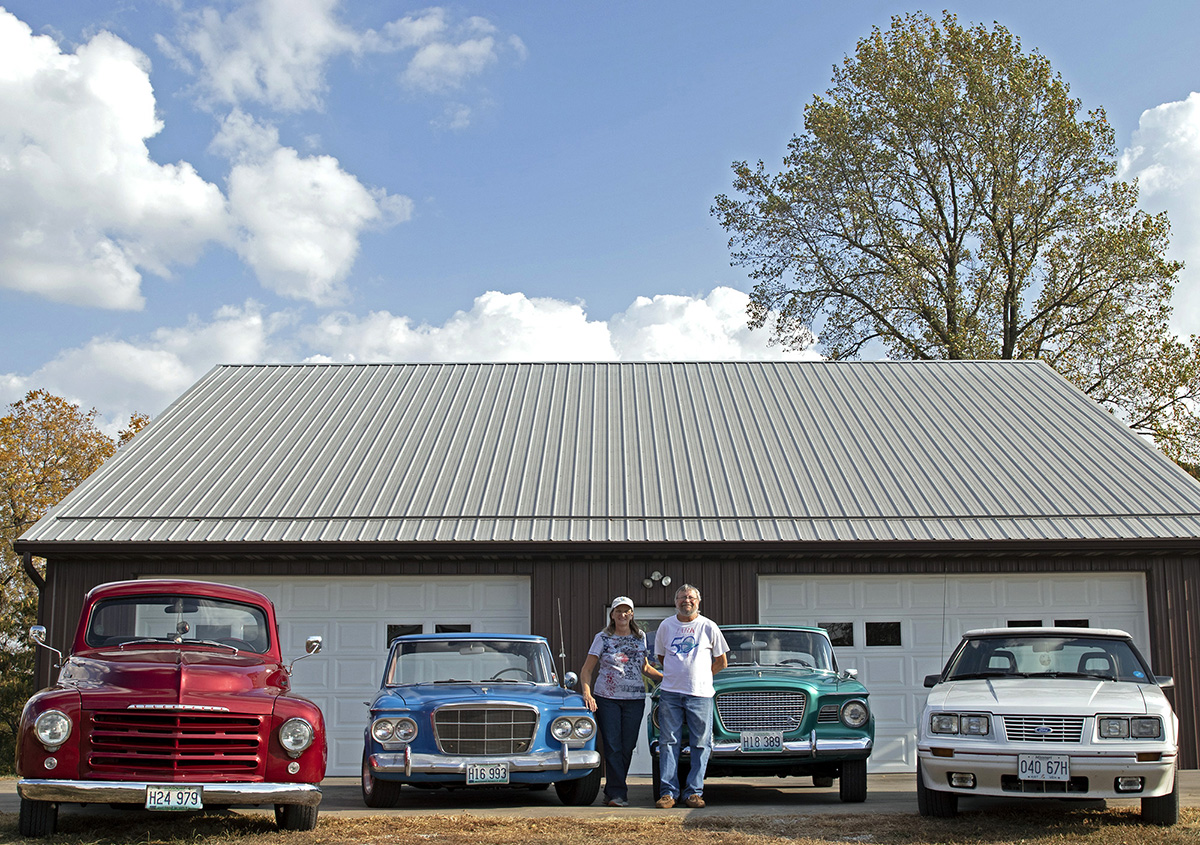 Laura and Dennis Even pose for a portrait with their cars Stanley, left, and Stella in Folk, Missouri.
Kate Cassady

She and her husband, Dennis, began collecting in the early 2000s — their first a 1962 Studebaker Lark.

The 1959 Studebaker Scotsman Pickup in their collection — restored by inmates in Moberly Correctional Center — especially serves as a conversation piece. Owning a form of living history is the appeal; today, she and Dennis are known fondly as, “the Studebaker people.”

“We want to go and be seen, especially out in our country area,” Even said. “A lot of older people are like, ‘I learned to drive on one of those cars,’ or ‘That was the first car I owned.’”

A member of club since 2004, Even and Dennis joined shortly after their first purchase — but ownership is not a necessity.

“That’s what I like about the club,” she said. “You don’t have to own a classic car. You just have to have an interest. It’s open to anybody and everybody.”

In September, the Evens hosted classic cars in their Folk backyard in conjunction with St. Anthony of Padua’s fall supper.

“And then (people) can walk up to the church and get food and beer and sit at our house. At one point, we had 40 cars sitting in our yard,” she said.

Life is short, Evens mused, and taking it too seriously isn’t her speed. With a total of three Studebakers and one 1984 Mustang Convertible, she’s less concerned with perfection and more hinged on happiness.

“We don’t want our cars dented or bruised, but if they get rained on, we’re not going to cry,” she said. “We drive them to have fun.”

“It might be the first car someone owned, or it’s been in their family for years,” Even said. “Whatever someone has, it’s special to them.” 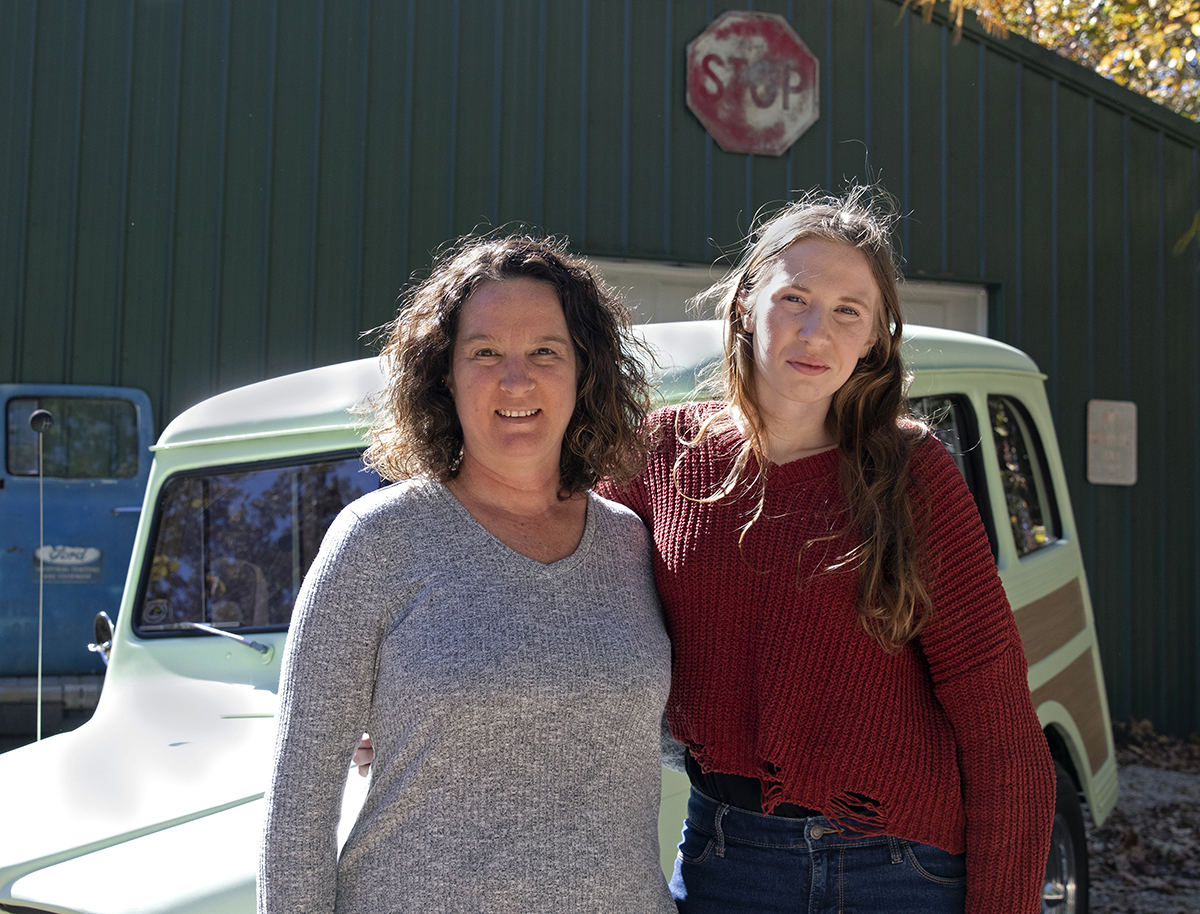 Mica Baldwin, left, and her daughter Sophie pose in front of one of the family’s classic cars at their Brazito home.
Kate Cassady