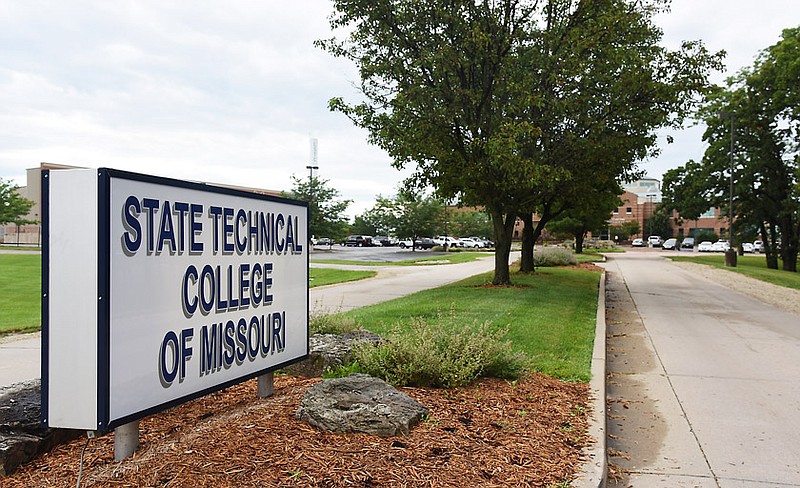 LINN, Mo. -- State Technical College of Missouri is moving forward with several campus construction projects following action Monday from the Board of Regents.

The board approved State Tech President Shawn Strong to develop a new airport master plan and hire an architect and construction manager to oversee a separate $20 million campus expansion.

The airport landing strip stretches along the back of State Tech's campus behind the McDonnell-Douglas Green Aviation Building and Heavy Equipment Operations Building.

State Tech owns the public airport, according to the Federal Aviation Administration. Approximately 14 single-engine airplanes and one helicopter are based on the field, which averages about 29 aircraft operations per week. Half of weekly operations involve general local aviation, according to the FAA.

Strong said college administrators have been discussing what to do with the airport with officials from the Missouri Department of Transportation as some of the provisions in the 1999 airport master plan, the last one created, are no longer feasible.

"It is time to look at that again," Strong said.

The previous plan called for a cross-runway to extend into land owned by the Osage Ambulance District, as well as a 600-foot extension of the runway.

Strong said a master plan will help the college plan around the airport and what it may or may not become.

Woolpert, an international architecture, engineering, geospatial and strategic consulting firm State Tech is already partnered with, will be contracted to create the master plan for no more than $225,000. State Tech is paying approximately $7,500.

"A big portion of it doesn't require any match at all," said Jenny Jacobs, State Tech's vice president of finance. "So we would pay maybe 10 percent of $75,000 roughly. It's not going to cost much."

Board President John Klebba said an update to the master plan is long overdue.

"Twenty-three years is a long time, and we've obviously grown a lot, and we're going to need more ground, I think, than we initially anticipated we would," he said. "So it would be nice to find out what is feasible and what is not."

As the airport master plan is developed, a $20 million expansion will be taking place across campus.

Strong said the college interviewed four other architects before recommending Incite Design Studio to work on the expansion. The board approved that recommendation Monday.

The firm, which was founded in 2001 and has regional offices in Kansas City, St. Louis and Overland Park, primarily employs a Construction Manager at Risk approach for projects when timelines are a factor, Incite architect Mike Hilmes said.

The approach makes a contracted construction manager responsible for ensuring the project stays under a guaranteed maximum price and is completed on time or risk paying for the overages.

It would be a new approach for State Tech, Strong said.

"In this case, where we do want to get this project moving in short order, I do think it may be a good idea to take a look at that delivery method," Strong told the board at Monday's meeting. "We do need to expedite this, and this would be the best way to get there."

Hilmes said the college will be required to follow the two-step process laid out in state statutes, which involves publishing requests for qualifications and proposals from contractors before making any hiring decisions.

State Tech may post the request for qualifications as early as this weekend, Hilmes said. It could then have a construction manager interviewed and hired by early December.

Using a standard rate of 3 percent, Strong said the college may spend nearly $500,000 on hiring a construction manager. A stipulation of the board's vote authorizing Strong to negotiate the contract requires the college president to give the board weekly progress updates.

There was some concern among some board members that using a Construction Manager at Risk approach could alienate local contractors and exclude them from the project.

"My concern is with the historical, strong goodwill we have from a political basis, that we don't need anybody jeopardizing that," board member Doug Mertens said.

Strong said he hadn't talked to any local contractors before Monday's meeting but he doesn't think they will be negatively impacted from a bonding capacity standpoint or prevented from bidding.

The project itself is $16.5 million worth of construction, he said, so local contractors shouldn't be prevented from participating.

There are also plenty of subcontracting opportunities for local bidders, Klebba added.

In other business Monday, the board discussed additional spending on the ongoing clubhouse construction project.

State Tech is replacing the clubhouse at the former Osage Country Club with a 31,000-square-foot multipurpose event and entertainment venue.

The more than $11 million project will add duckpin bowling, golf simulators and space for e-sports systems, as well as a 50-seat theater, sports bar, pro shop and 250-person event center, among other attractions. A pool and outdoor games will be featured outside the building.

The project was expanded to include development of a tank for pool water drainage. The outdoor pool pump generates 450 gallons a minute but the city of Linn can only accept 20 gallons a minute, Strong said. The approved $12,000 solution is to drain the pool water into a 1,500-gallon tank and let it drain more slowly from there, he said.

Electrical work is costing an extra $20,000 and making the building slightly larger is another $30,000. Strong said he's pushing back on some of the added costs because he doesn't understand exactly what changed from prior plans.

The building should have a roof and heating by December, Strong said, and be complete by May 31, 2023.