Death in US gene therapy study sparks search for answers 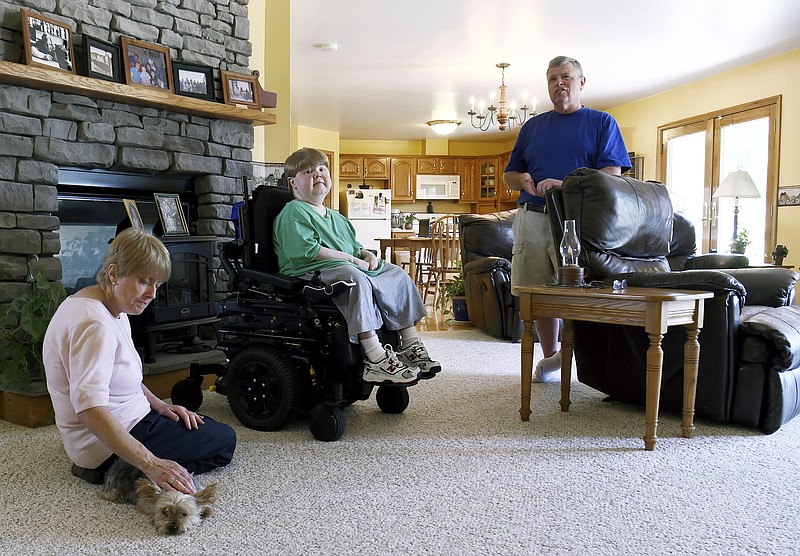 This undated photo shows Terry Horgan with his parents in the family's Montour Falls, N.Y., home. Horgan, a 27-year-old who had Duchenne muscular dystrophy, died last month, Oct. 2022, according to Cure Rare Disease, a Connecticut-based nonprofit founded by his brother, Rich, to try and save him. Although it’s still unclear what killed him, his death is raising questions about the experiment and the overall prospect of what one ethicist calls designer genetic therapies. (Kate Collins/The Journal via AP)

The lone volunteer in a unique study involving a gene-editing technique has died, and those behind the trial are now trying to figure out what killed him.

Terry Horgan, a 27-year-old who had Duchenne muscular dystrophy, died last month, according to Cure Rare Disease, a Connecticut-based nonprofit founded by his brother, Rich, to try and save him from the fatal condition.

Although little is known about how he died, his death occurred during one of the first studies to test a gene editing treatment built for one person. It's raising questions about the overall prospect of such therapies, which have buoyed hopes among many families facing rare and devastating diseases.

"This whole notion that we can do designer genetic therapies is, I would say, uncertain," said Arthur Caplan, a medical ethicist at New York University who is not involved in the study. "We are out on the far edge of experimentation."

The early-stage safety study was sponsored by the nonprofit, led by Dr. Brenda Wong at the University of Massachusetts Chan Medical School and approved by the Food and Drug Administration. The hope was to use a gene-editing tool called CRISPR to treat Horgan's particular form of Duchenne muscular dystrophy. The rare, genetic muscle-wasting disease is caused by a mutation in the gene needed to produce a protein called dystrophin. Most people with Duchenne die from lung or heart issues caused by it.

At this point, it's unclear whether Horgan received the treatment and whether CRISPR, other aspects of the study or the disease itself contributed to his death. Deaths are not unheard of in clinical trials, which test experimental treatments and sometimes involve very sick people.

But trials involving CRISPR are relatively new. And Fyodor Urnov, a CRISPR expert at the Innovative Genomics Institute at University of California, Berkeley, said any death during a gene therapy trial is an opportunity for the field to have a reckoning.

"Step one is to grieve for the passing of a brave human soul who agreed to be basically a participant in an experiment on a human being," Urnov said. "But then, to the extent that we can, we must learn as much as we can to carve out a path forward."

A statement from Cure Rare Disease said multiple teams across the country are looking into the details of the trial and its outcome, and the company intends to share findings with the scientific community.

"It will probably be 3-4 months to come up with a full conclusion," said spokesman Scott Bauman. "At this stage of the game, saying anything is pure speculation."

The company, which is also working on 18 other therapeutics, said in its statement that the teams' work is essential not only to shed light on the study's outcome but also "on the challenges of gene therapy broadly." Meanwhile, it said, "we will continue to work with our researchers, collaborators, and partners to develop therapies for the neuromuscular diseases in our pipeline."

Bauman said the company has filed a report on death the with the FDA as required. The FDA declined to release or confirm the report.

Sarah Willey, spokeswoman for Chan Medical School, said scientists there provided data to the company for the report. She later emailed to say no one there would comment further; out of respect for the family's wishes, all information would come from Cure Rare Disease. Monkol Lek, a Yale genetics expert who has been collaborating on the effort, did not respond to a request for comment. Yale spokeswoman Bess Connolly asked a reporter for context on the story but didn't respond to a follow-up email or phone call.

A crucial question is whether CRISPR played a part in Horgan's death.

The chemical tool can be used to "edit" genes by making cuts or substitutions in DNA. The tool has transformed genetic research and sparked the development of dozens of experimental therapies. The inventors of the tool won a Nobel Prize in 2020.

In this case, scientists used a modified form of CRISPR to increase the activity of a gene. The CRISPR therapeutic is inserted directly into the body and delivered to cells with a virus.

But CRISPR is not perfect.

Safety issues have arisen in gene therapy studies before. Late last year, Pfizer reported the death of a patient in its early-stage trial for a different Duchenne muscular dystrophy gene therapy. And in a major earlier setback for the gene therapy field, 18-year-old Jesse Gelsinger died in 1999 during a study that involved placing healthy genes into his liver to combat a rare metabolic disease. Scientists later learned that his immune system overreacted to the virus used to deliver the therapy. Many recent studies, including the Cure Rare Disease trial, use a different virus that's considered safer.

Another difference? The recent trial involved just one person -- a type of trial Caplan is skeptical about.

Horgan's recent death, he said, "may make us think whether we really do like studies that are just on one person, and do we want to say: 'No, ethically, you've got to at least have a trial where you line up 5, 10, 20 people (and) you learn from the data.'"

On the company's web site, Horgan was described as a "medical pioneer" who "will be remembered as a hero."

In 2020, the Montour Falls, New York resident blogged that he was diagnosed with Duchenne at age 3. As a kid, he said, he loved computers -- once building his own -- and would play catch in the driveway with his family when he could still walk. Later in his life, he used a motorized wheelchair. He studied information science at Cornell University and went on to work at the school in the information science department.

"As I grew up and began to understand what it meant to have DMD, my fears about this disease began to grow as it began to manifest," Horgan wrote. "There weren't many, or any, trials available to me through the years" -- until this one brought the prospect of a customized drug.

Horgan was enrolled in the study on Aug. 31. The plan was to suppress his immune system to prep his body for a one-time, gene-editing therapy delivered by IV at UMass medical school, followed by monitoring in the hospital. The company explained that the therapy is designed to increase the level of an alternate form of the dystrophin protein using CRISPR, with the goal of stabilizing or potentially reversing the progression of symptoms.

Urnov, scientific director for technology and translation at the Berkeley genomics institute, said no other trial targeted this disease using this kind of virus to deliver this particular payload with its modified form of CRISPR.

Some other gene therapy trials -- such as those targeting the blood disorders sickle cell disease and beta thalassemia -- involve removing stem cells from someone's blood, using CRISPR in the lab, then putting the altered cells back into the person. The first time CRISPR was used to edit genes within the body was to address a blindness-causing mutation.

Given the "exceptional distinctness" of the Cure Rare Disease approach, Urnov said he doesn't think Horgan's death will have a major impact on things like using gene therapy to fix blood diseases. But he said pinpointing the exact cause will help inform scientists throughout the field.

"History teaches us that in the case of such fatalities -- which have been rare -- that a deep dive into what happened was critical for the field to move forward." 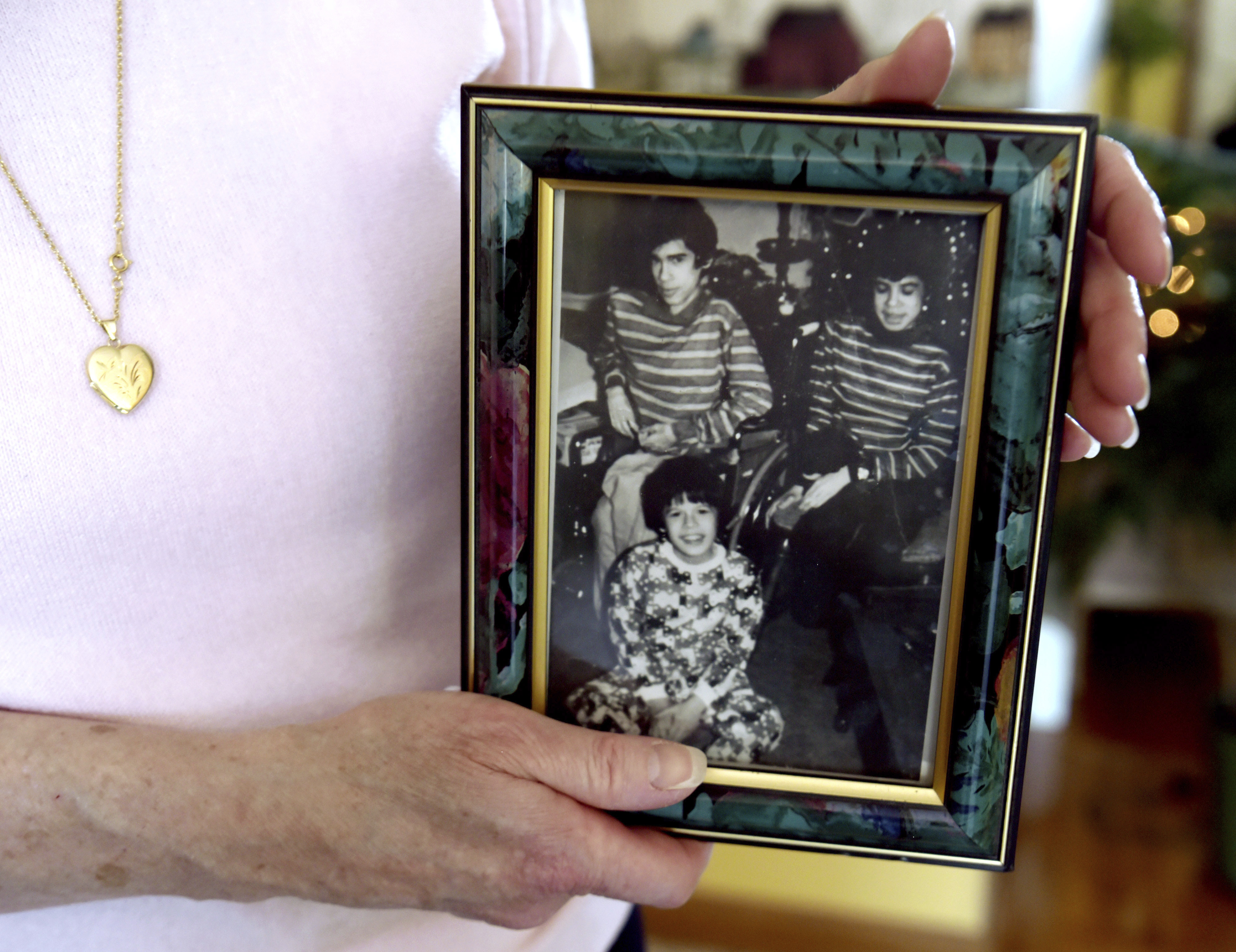 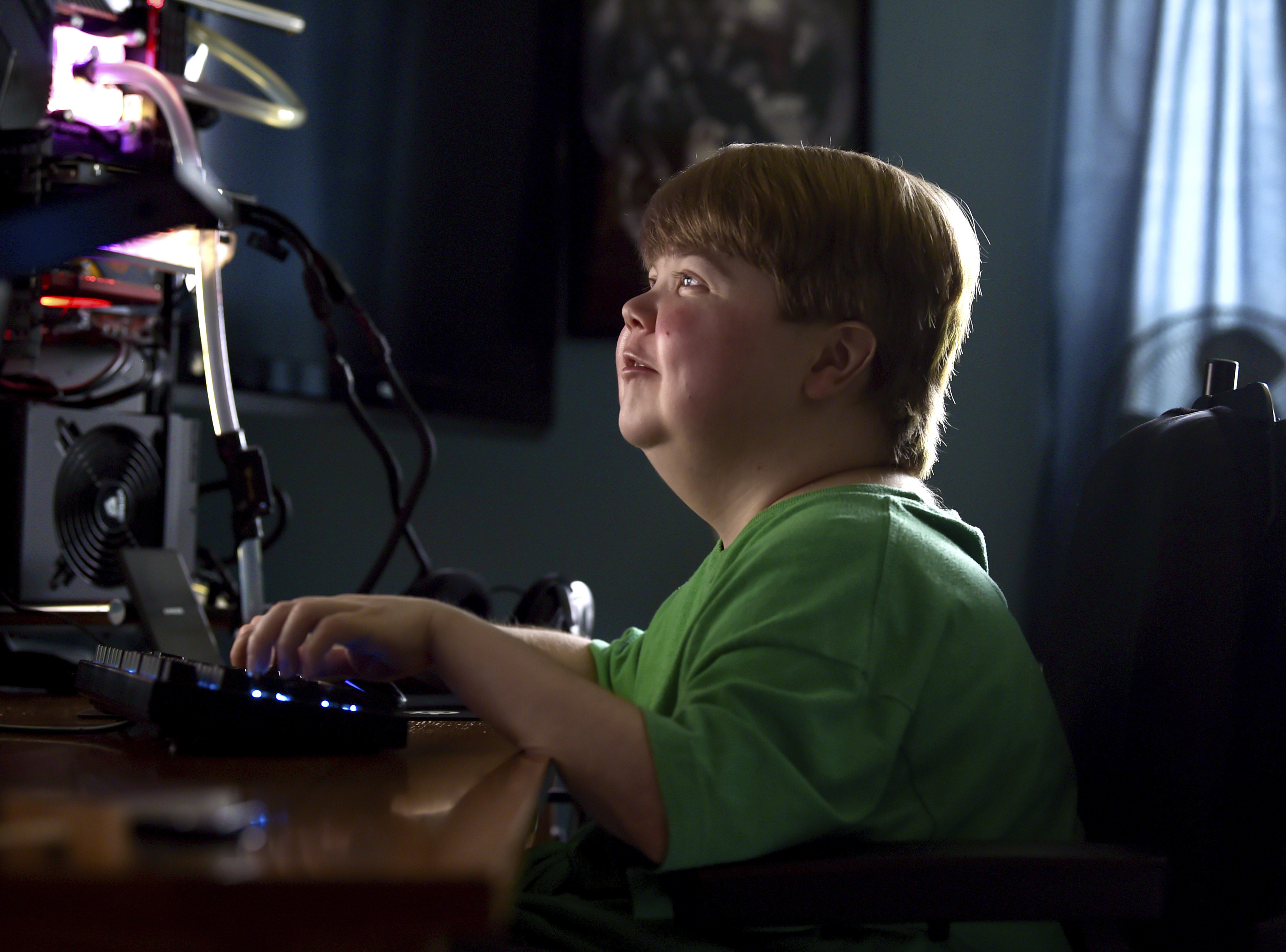 This undated photo shows Terry Horgan. Horgan, a 27-year-old who had Duchenne muscular dystrophy, died last month, Oct. 2022, according to Cure Rare Disease, a Connecticut-based nonprofit founded by his brother, Rich, to try and save him. Although it’s still unclear what killed him, his death is raising questions about the experiment and the overall prospect of what one ethicist calls designer genetic therapies.(Kate Collins/The Journal via AP)