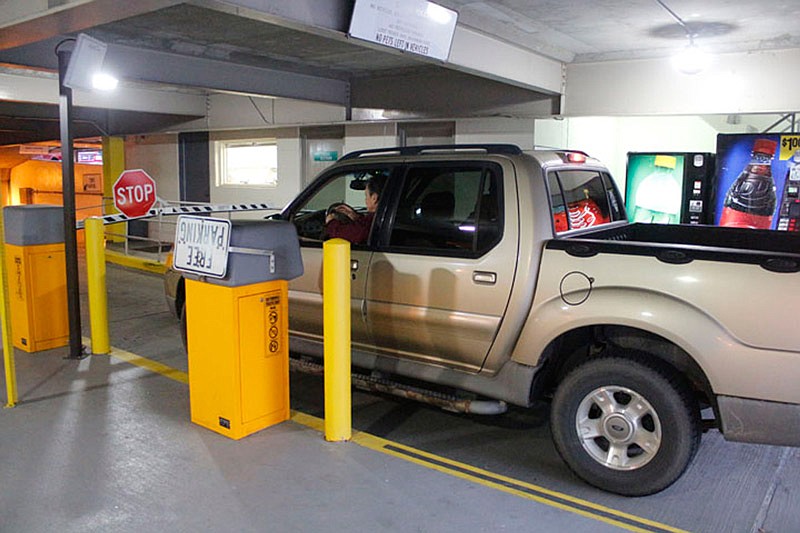 A possible plan of action for a pair of car garages in downtown Jefferson City will be discussed at length Monday.

The City Council is holding a work session at 6 p.m. to discuss the future of the garages on Madison and Jefferson streets. The council received a more than 200-page study prepared by Structural Engineering Assessments looking at the garages' structural conditions, rehabilitation needs and cost.

City officials recommend the council utilize Monday to determine something significant regarding the Madison Street garage: whether to repair it or replace it completely. A complete overhaul could cost up to $42 million.

In an email to council members, Public Works Director Matt Morasch said he believed main discussion for Monday should provide feedback to staff on pursuing either a repair or total replacement. Morasch said staff members recommended the city open a 30-day public comment period after the meeting to allow for public input.

The garage, located at 200 Madison St., was built in 1961 and costs 50 cents per hour for 2 hours, and $1 thereafter, or $6 a day. It holds 615 parking spaces and is a mixed-use garage with daily and monthly rates available for the public, as well as for state employees and other businesses who lease spaces monthly.

It stands five levels tall, with its latest level constructed in 1990. The garage has needed repairs for a while. City staff informed the Public Works committee in 2021 that it needed nearly $1 million in repairs.

About $12 million is estimated to cover a full structural repair and replacement of mechanical, plumbing and parking controls systems.

In an email, city staff laid out a summary of the study's findings, which also posed the option of total replacement.

Replacing the garage was estimated to cost $39 million to $42 million, depending on designs of a new model. The costs are relative and depend on the number of parking spaces, floors and different ramp configurations.

Morasch said in the email that staff recommends the city replace the Madison Street garage as opposed to repairing it. The report stated repairs will slow deterioration, but the city should expect deterioration to continue and repairs or maintenance needed on concrete slabs every five to 10 years.

According to the study, repair work for the Jefferson Street garage would cost about $415,000. The work, if approved by the council, would involve joint/crack sealing, membrane covering the upper deck, brick repair, steel painting and handrail replacement, cable rail replacement, and lighting and plumbing replacement.

The city's parking utility is self-sustaining, Morasch noted, and currently has savings of about $5 million. The department is in the process of proposing new parking rates to help offset current expenses.

Morasch suggested that after the council determines how to proceed, city staff work with Structural Engineering Associates to define a project plan for Madison Street and how to pay for it.

The City Hall meeting can be attended in-person in the council chambers or viewed online through a link on the city's website.

CORRECTION: This article was edited to indicate city staff recommended the council vote to replace the Madison Street garage rather than repair it.