Guardsman, veteran of two wars, lived life of serving others 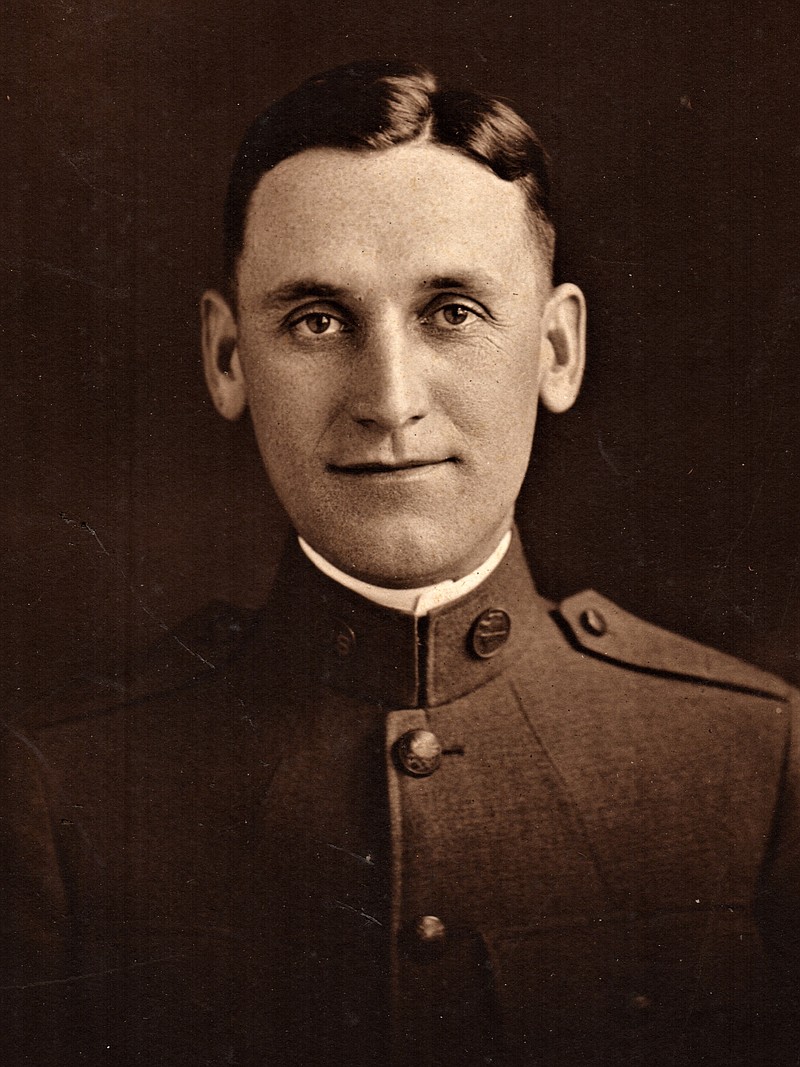 Those born and raised in Missouri in the years after the Civil War experienced an interesting moment in history. A beleaguered country was beginning to heal from internal wounds when children of Civil War veterans voluntarily heeded the nation's call to arms in 1898 for service in the Spanish-American War. Less than two decades later, many again donned the uniforms of the American Expeditionary Force in World War I.

Born in the small community of Cabool in Texas County on Jan. 7, 1875, Walter Warden Durnell's father was a Union veteran of the Civil War. When 23 years old, he followed his late father's military example by enlisting in Company F, Sixth Missouri Volunteer Infantry Regiment in Cabool.

"The Regiment was organized from the state at large, in answer to the second call of the President," explained the "History of the Missouri National Guard" published in 1934. The book added, "The rendezvous was at Jefferson Barracks, Missouri, where it was mustered into the service of the United States, July 20, 1898."

Cpl. Durnell, along with fellow soldiers of the regiment, served under Lt. Col. Harvey Clark, a respected young officer who later became the adjutant general of the Missouri National Guard and for whom Camp Clark near Nevada, Missouri, is named.

According to the Missouri Militia Reports from 1917-1920, the regiment "moved to Camp Cuba Libre, Jacksonville, (Florida), August 12, 1898." The regiment entered Havana, Cuba on Jan. 1, 1899, "leading the American Army of Occupation" and were "discharged from federal service at Savannah, (Georgia), May 10, 1899." It became the only Missouri regiment to serve on Cuban soil during the war.

Soon after the war, Durnell began to demonstrate his skills as an entrepreneur while embracing his writing skills when becoming the publisher of the Ozark Mountain News in Cabool in early 1901. Shortly thereafter, he became the editor of a small newspaper called the Cabool News.

In late 1903, Durnell moved to Wanette, Oklahoma, to serve as editor for a newspaper titled the Winner. The Jan. 14, 1904, edition of the Houston Herald (Houston, Missouri) reported, "The Winner is a neat, newsy paper, chock full of advertising, which shows that Walter has struck a progressive town."

Durnell traveled to Houston (Missouri) in October 1904 to wed the former Myrtle DeWeese, the daughter of the county clerk. Following the ceremony, Durnell took a week off from his editing responsibilities in Oklahoma, enjoying his honeymoon at the St. Louis World's Fair.

In the summer of 1905, he purchased the Cabool Times after selling his newspaper plant in Oklahoma. However, unfortunate circumstances struck a devastating blow to the businessman a few months later -- on Nov. 20, 1905, his wife of only a year died following a brief illness.

Amidst his assorted newspaper activities and real estate dealings, Durnell occupied his time by pursuing an interest in politics, serving as a delegate for the Republicans at state conventions. He soon remarried and, with his second wife, went on to raise two children.

In later years, he maintained an interest in his past military service by becoming a member of the United Spanish War Veterans Inc., serving a term as state commander for the organization. But when war was declared on Germany on April 6, 1917, Darnell suspended his business affairs and again volunteered to serve his country.

"The new company of militia just organized at Willow Springs and Cabool was mustered into service ..." reported the Journal-Gazette (West Plains, Missouri) on June 7, 1917. "W.W. Durnell, former newspaper publisher and a live wire of Cabool, was chosen captain of the company." The newspaper continued, "Captain Durnell, who will command the new company, is a hero of the Cuban War."

Capt. Durnell commanded Company F, 140th Infantry Regiment during its initial training at Camp Doniphan. However, in early 1918, he was transferred to Camp Wadsworth at Spartanburg, South Carolina. While there, he served as captain with the 56th Pioneer Infantry and later as adjutant for the 61st Pioneer Infantry, but never deploying overseas.

"Captain Durnell was over from Cabool Tuesday and informs us that Company F, 140th Infantry, 35th Division, would arrive at Cabool in a body from France about May 10," reported the May 1, 1919, edition of the Houston Herald.

The officer maintained his association with the Missouri National Guard for the next few years and, in 1928, received appointment to the Texas County Highway Commission. He won election as mayor of his longtime home of Cabool in 1930 and later became the town's justice of the peace.

Never exhibiting a wavering dedication to public service, he participated in many military reunions and remained actively involved in his community. The veteran lived to see the coming of the Second World War, serving on his county's draft board and watching as his son went off to fight as a soldier in the U.S. Army.

The life of Captain Durnell was one of selfless giving -- he volunteered to serve during two separate wars and for many years held a variety of offices, for which he received no renumeration other than the satisfaction of knowing he had served his community and neighbors.

The late Margaret Madeline Chase, former U.S. representative and senator, years ago defined individuals such as Durnell through a very dynamic and insightful quote: "Public service must be more than doing a job efficiently and honestly. It must be a complete dedication to the people and to the nation."