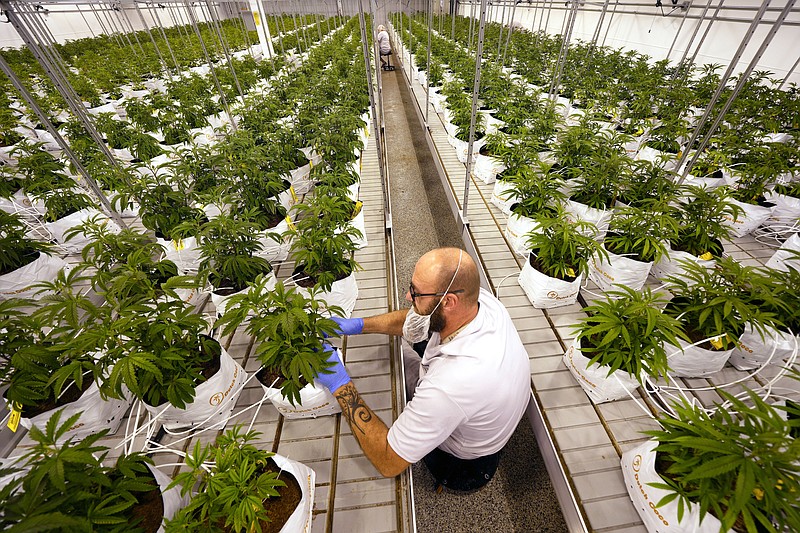 FILE - Jeremy Baldwin tags young cannabis plants at a marijuana farm operated by Greenlight, Oct. 31, 2022, in Grandview, Mo. Voters in North Dakota and Arkansas have rejected measures to legalize marijuana, while those in Maryland have approved legalization. Similar measures also were on the ballot in Missouri and South Dakota. (AP Photo/Charlie Riedel, File)

Voters approved recreational marijuana in Maryland and Missouri but rejected it in three other states, signaling support gradually growing for legalization even in conservative parts of the country.

Advocates said the results send a message to lawmakers in Washington about support around the country for legalization.

"A growing number of voters recognize that cannabis policy reform is in the best interest of public health and safety, criminal justice reform, social equity, and personal freedom," Toi Hutchinson, president and CEO of the Marijuana Policy Project, said in a statement. "State-level legalization victories are what's necessary to move the needle forward at the federal level."

Advocates of the marijuana initiatives have said Biden's announcement could give a boost to their efforts.

Though down from the 66 percent of voters who approved medical cannabis in Missouri in 2018, the recreational marijuana amendment on Tuesday received 53 percent of the vote.

When the measure goes into effect on Dec. 8 in the Show-Me state, it will no longer be a crime to possess up to 3 ounces of marijuana. Medical marijuana businesses can begin requesting that day to expand their licenses for adult-use marijuana. According to the measure, the state has 60 days to act on those requests or they will be automatically approved.

Payne said the state can expect millions in tax revenue each year, which will go toward veterans' services, drug-addiction treatment programs, the state public defender system and processing expungements in the state courts.

And within six months of Dec. 8, circuit courts around the state must order the expungement of the criminal history records of all misdemeanor marijuana offenses for any person who is no longer incarcerated or on probation or parole -- and within 12 months for felony marijuana offenses.

"It just shows that this is not a partisan issue," Payne said. "This is something that transcends partisan divides."

He said he expected recreational sales to start in Missouri early next year.

Opponents said they would be working to limit the implementation of Missouri's legalization, such as working with cities and towns to opt out of allowing dispensaries.

"The devil is in the details, and we will remain actively involved in Missouri implementation because we don't need another Big Tobacco industry harming kids in Missouri," said Kevin Sabet, president of SAM Action, an anti-legalization group.

About 6 in 10 voters support legalizing the recreational use of marijuana nationwide, according to VoteCast, an extensive survey of more than 90,000 voters nationwide conducted for The Associated Press by NORC at the University of Chicago.

"Support for ending marijuana prohibition in the states is spreading much like it did at the end of alcohol prohibition," said Mason Tvert, a partner at VS Strategies, a cannabis policy and public affairs firm. "

The five states that held votes on Tuesday have legal medical marijuana programs. That includes Arkansas, which in 2016 became the first Bible Belt state to approve medical marijuana. The state's dispensaries opened in 2019, and more than 91,000 patients have cards to legally buy marijuana for medical conditions.

The legalization campaigns raised about $23 million in the five states, with the vast majority in Arkansas and Missouri. More than 85 percent of contributions in those two states came from donors associated with companies holding medical marijuana licenses, according to an Associated Press analysis of the most recent campaign finance reports.

In Arkansas, supporters ran upbeat ads touting the thousands of jobs they said would be created by the measure. Opponents ran more ominous spots, warning voters to "protect Arkansas from big marijuana."

"The marijuana industry spent millions of dollars trying to write itself into the Arkansas Constitution," said Jerry Cox, executive director of the Family Council Action Committee, one of the groups opposing the measure. "Now they know that Arkansans do not support that kind of crony politics."

The initiative drew the criticism of traditional legalization opponents as well as some medical marijuana advocates, who said the Arkansas proposal placed too many limits and would only benefit a handful of dispensaries. Republican Gov. Asa Hutchinson, a former head of the federal Drug Enforcement Administration, also opposed the measure. Supporters indicated they planned to try again in Arkansas.

"Tonight, we made history by putting adult-use cannabis on the ballot for the first time, Although we fell short, we look forward to continuing this effort to build this momentum to 2024," said Robert McLarty, campaign director for Responsible Growth Arkansas.

David Owen, who led North Dakota's legalization effort, said he wasn't sure another effort would be made after the proposal was rejected.

"Tonight was not what we wanted, but the people have spoken and we have to prepare for the next steps," Owen said.

North Dakota's proposal would have allowed people 21 and older to legally use marijuana at home as well as possess and cultivate restricted amounts of cannabis. It also would have established policies to regulate retail stores, cultivators and other types of marijuana businesses.

South Dakotans, including a sizable number of Republicans, voted to legalize marijuana possession in 2020, but that law was struck down by the state Supreme Court in part because the proposal was coupled with medical marijuana and hemp. This year, recreational pot stood by itself as it went before voters.

Pot legalization advocates in South Dakota were vowing to try again in two years as their measure failed. Matt Schweich, who led legalization campaigns in the state in 2020 and this year, pointed out that the midterm electorate was less amenable and argued that pot legalization would eventually happen.

But opponents hoped that the proposal's defeat sent a message.

"I like to think that this country is going to turn around and South Dakota set a good example," said Rhonda Milstead, a Republican legislator who helped organize the opposition campaign.

In Colorado, where recreational marijuana has been legal for nearly a decade, voters on Tuesday took up a proposal that would allow the use of certain psychedelic substances. If approved, it would make Colorado the second state to take such a step. The vote was too early to call early Wednesday.

Melody Finley, a Republican in Little Rock, Arkansas, said she voted for the state's legalization measure because she thinks it can help some people for certain conditions.

"I've got a kid that's a teenager now," he said. "So I think it'll eventually happen, but maybe I'll wait until my kids grow up." 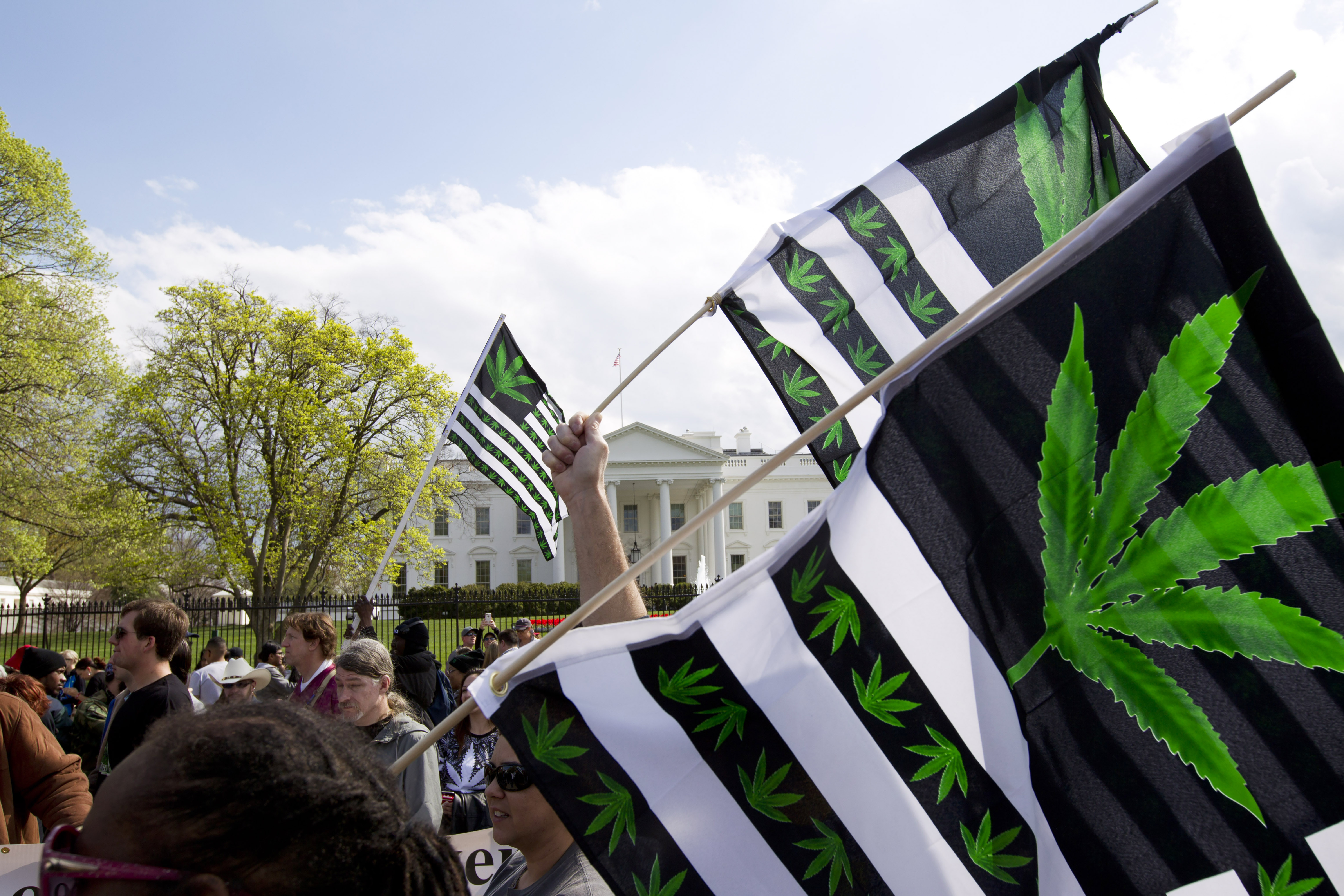 FILE - A demonstrator waves a flag with marijuana leaves depicted on it during a protest calling for the legalization of marijuana, outside of the White House on April 2, 2016, in Washington. Voters in five states are deciding on Election Day whether to approve recreational marijuana. The proposals going before voters in Arkansas, Maryland, Missouri, North Dakota and South Dakota on Tuesday could signal a major shift toward legalization in even the most conservative parts of the country. (AP Photo/Jose Luis Magana, File) 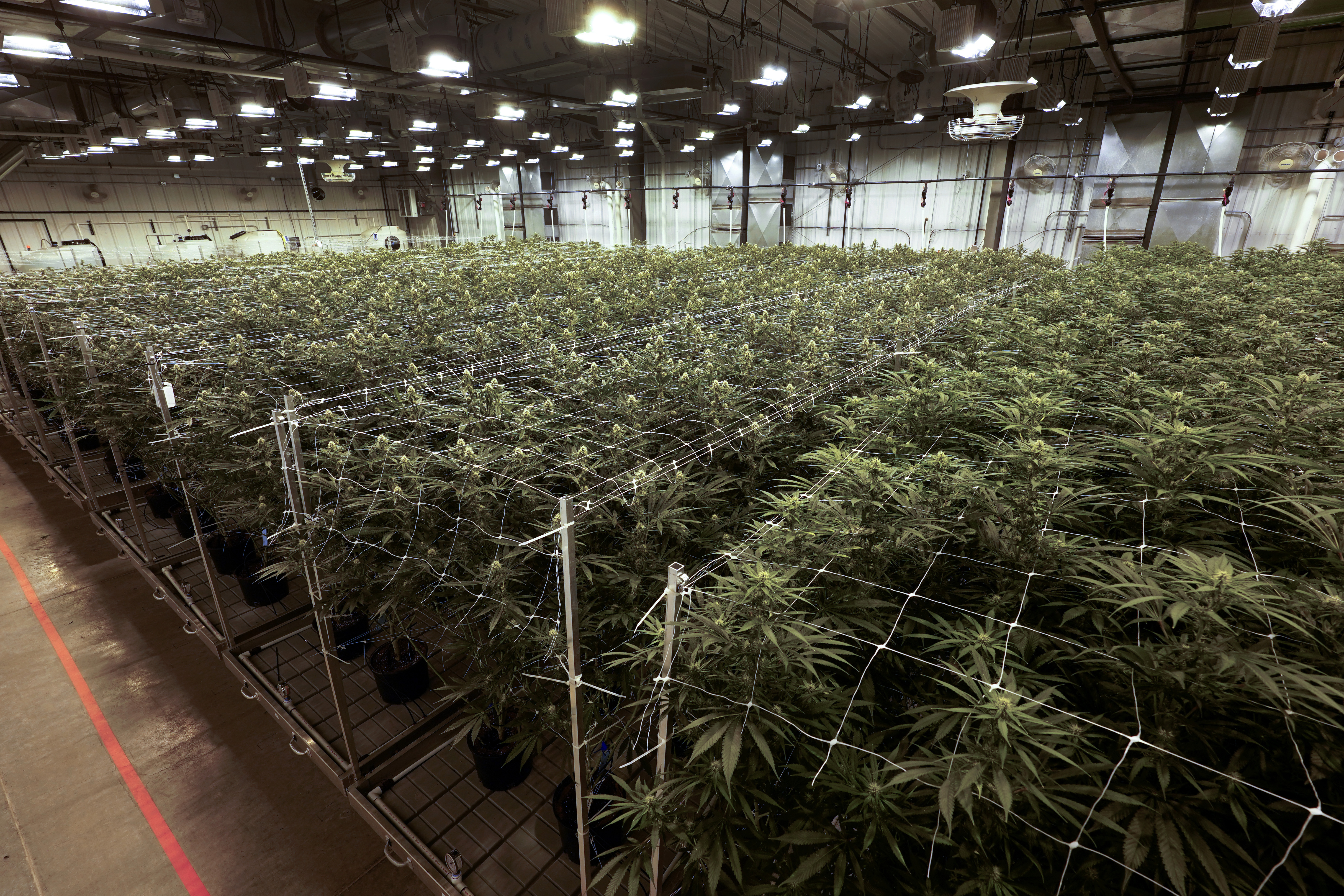 FILE - Cannabis plants grow at a True North Collective growing facility in Jackson, Mich. Voters in five states are deciding on Election Day whether to approve recreational marijuana. The proposals going before voters in Arkansas, Maryland, Missouri, North Dakota and South Dakota on Tuesday could signal a major shift toward legalization in even the most conservative parts of the country. (AP Photo/Paul Sancya, File) 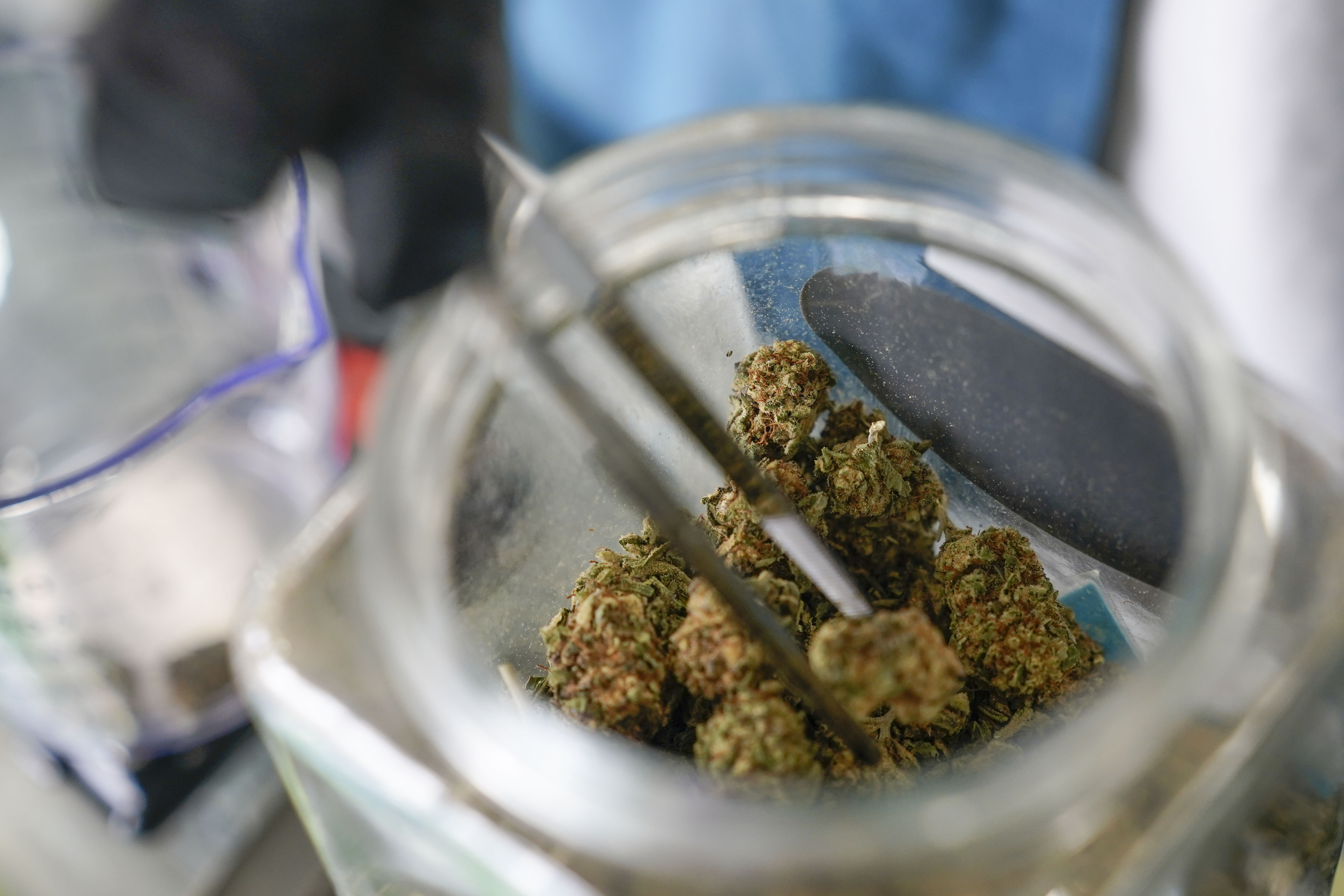 FILE - An employee at the Good Leaf Dispensary measures out marijuana for a customer on the reservation Mohawks call Akwesasne, Monday, March 14, 2022. in St. Regis, N.Y. Voters in five states are deciding on Election Day whether to approve recreational marijuana. The proposals going before voters in Arkansas, Maryland, Missouri, North Dakota and South Dakota on Tuesday could signal a major shift toward legalization in even the most conservative parts of the country. (AP Photo/Seth Wenig, File)