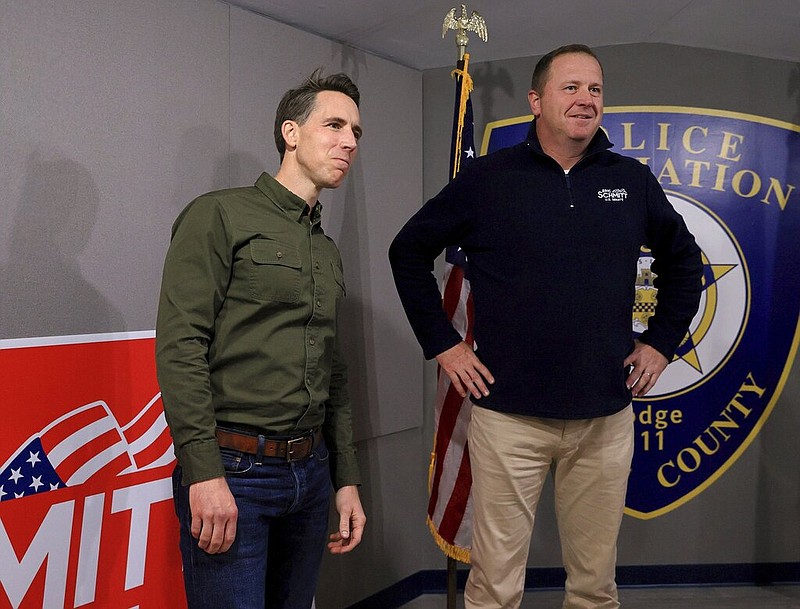 Republican Eric Schmitt will be Missouri's next U.S. senator, cruising to an easy victory Tuesday over Democrat Trudy Busch Valentine.

With roughly 40 percent of precincts reporting, the Associated Press called the race around 9:15 p.m. with Schmitt leading Valentine 55-42.

Schmitt, 47, will replace U.S. Sen. Roy Blunt, who announced his retirement last year and set off a scramble among Republicans to replace him. He emerged from a bruising primary campaign with the aid of millions of dollars in outside spending by political action committees created to bolster his candidacy and tear down his rivals, most notably former Gov. Eric Greitens.

In the general election, Schmitt has focused on a vow to oppose Democratic President Joe Biden and characterizing Valentine as an out-of-touch heiress who will work with the president.

The Associated Press reported Schmitt's office has filed 25 lawsuits in 20 months against the Biden administration, challenging policies ranging from COVID-19 vaccinations to climate change. He was also among the GOP attorneys general who joined unsuccessful lawsuits seeking to overturn the 2020 presidential election.

Since joining the race for U.S. Senate last year, Schmitt's continued to align with the discredited stolen-election theory.

Schmitt began his political career as an alderman in the St. Louis County city of Glendale before winning election to the Missouri Senate in 2008, taking 55 percent of the vote in middle-class neighborhoods along Interstate 44.

As a state senator, he earned a reputation as a moderate willing to work with Democrats.

When he ran unopposed for re-election to the Senate in 2012, Schmitt was endorsed by the AFL-CIO, recognition of his support on bills important to unions. He was blacklisted by Missouri Right to Life for supporting a bill to spur investment in new technologies.

He was elected Missouri treasurer in 2016, and was appointed attorney general two years later.

Schmitt's public persona has shifted starkly to the right in the years since he left the Legislature as he eyed higher office.

In addition to litigation against the Biden administration, Schmitt has filed dozens of lawsuits against local school districts, with most taking aim at policies put in place during the pandemic to mitigate the spread of COVID-19. He's also accused school districts of pushing "critical race theory" in curriculum.

At one point, Schmitt even filed a lawsuit against China.

The avalanche of lawsuits have been labeled political stunts by Schmitt's critics, and even inspired Republican lawmakers to deny Schmitt's office a $500,000 increase he requested for his budget.