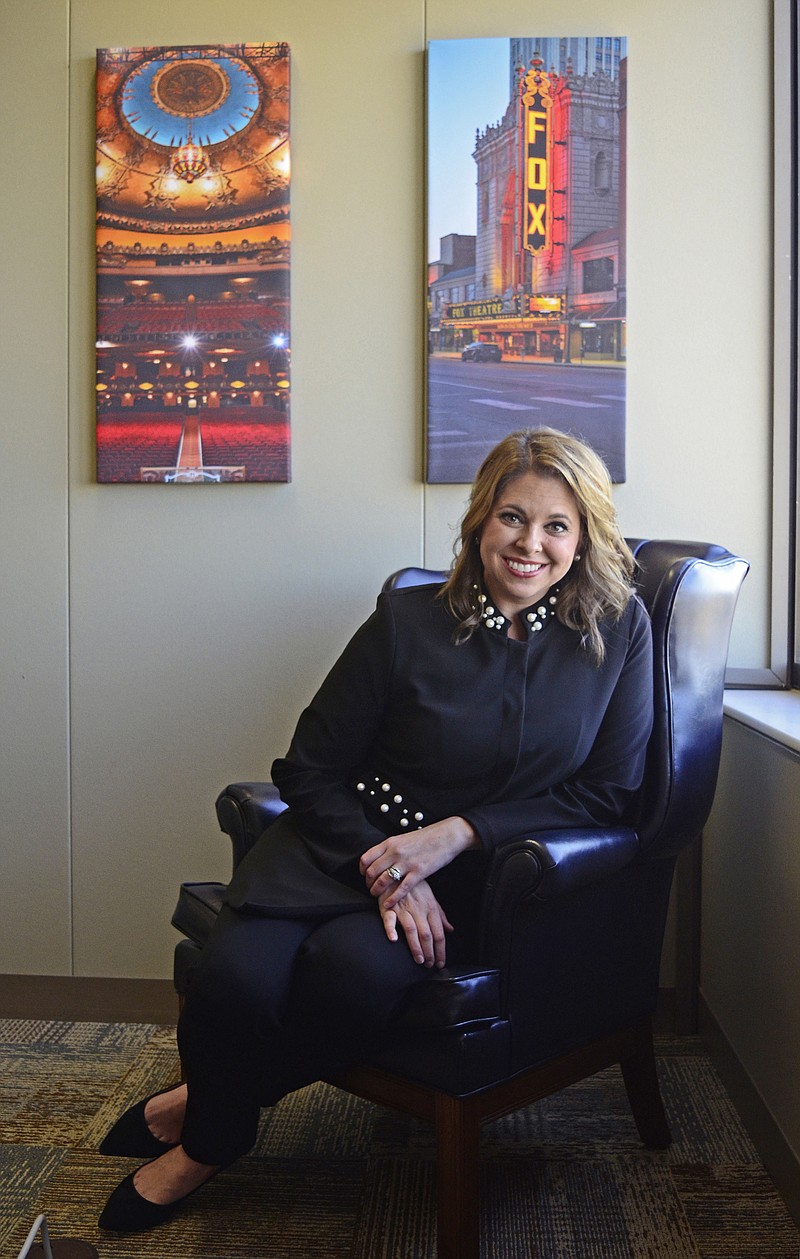 Michelle Hataway is using the same Jefferson City charm she picked up from years of working at her family's local retail business to energetically promote economic development statewide.

Regular customers of Saffees, the local fashion retailer that closed four years ago, may remember Hataway spritzing perfume samples before the age of 10 or working in the store through high school and college.

Last September, she was named deputy director of the Missouri Department of Economic Development (DED).

"Honestly, one of the things that I was really proud of that we offered at Saffees was the customer service aspect of it -- even though it was a clothing store, it was always putting the customer first and trying to help the customer," she said. "And that's something that we really, really are proud of that we do here and something that we put into everything we do. I think that's what makes us so good at our jobs at DED as we're thinking about that customer perspective."

Prior to becoming deputy director, Hataway was DED's division director of regional engagement. She's been with the department for more than six years and had a hand in the General Motors investment in Wentzville, expansion of Bayer's North American Crop Science Division in Creve Coeur and Quaker Windows' expansion in Eldon.

As deputy director, her role takes more of a strategic approach to economic development. Hataway is partnering with the Missouri Office of Childhood to strengthen childcare services so parents can more easily enter the workforce and is assisting with infrastructure needs through the governor's cost-share program.

It involves a lot of collaboration with local business leaders and government agency experts, she said.

"I think one of the big things is making sure that we're taking their input into things whenever we're making decisions and trying to make improvements," she said. "Because we want them to be long-lasting, true improvements."

Hataway is a Jefferson City native and Helias Catholic High School graduate. She got her undergraduate and master's degrees at the University of Alabama before moving to Portland, Oregon, to work for Netflix.

After a few years away, she said she slowly made her way back to Jefferson City to be a fourth-generation family employee of Saffees.

The local fashion institution, opened in 1923 and closed in 2018, was known for its personalized customer-centered approach. Whether it was shopping for inventory with specific customers in mind, finding the perfect outfit for customers' significant life events or donating to local nonprofits, the retailer had a reputation for its individualized services.

Hataway said DED employs a similar approach to business services in the state. The department focuses on bettering business experiences and solving issues facing them.

And building relationships is key, she said.

"Working at Saffees, you build so many great relationships and I think we see that with businesses," she said. "I had the opportunity of helping Quaker find their facility in Eldon, and it's a relationship that we've continued to grow as they've needed stuff or if they have workforce issues."

It's not so different from helping regulars at Saffees find the right fit for a high school dance, then a job interview and then a wedding, she said.

"Then all of a sudden they're having kids, so you just continue to see the growth of that happen," Hataway explained. "And we're watching that happen with businesses here in Missouri as they continue to grow."

Hataway credits Saffees, named after her grandmother's maiden name, for giving her a small-business background to lean on in her new role with the state.

"I am so thankful for the years that I had working right next to my grandmother and my mom, and seeing that small business struggle to some extent, as all small businesses do," she said.

She saw her family wear several hats as small-business owners. One minute they were creating budgets or hiring employees and the next they could be on janitorial duty.

"Really, it just kind of gave me that perspective of the small business," Hataway said.

"Which really gave me the appreciation of helping businesses here as I go around across the state ... just being able to help them and kind of understand where they come from or what they've done," she continued.

Hataway said it's a privilege to work on behalf of the state to support economic development, which she said requires her and the department to move at the pace of business or get left behind.

The more than $500 million in ARPA grants the Legislature appropriated DED is keeping many divisions busy, Hataway said. The department has been gathering input from the public, businesses and stakeholders as it stands up new programs with the funding.

Hataway said she often returns back to problem-solving, which usually involves connecting businesses to state government resources across agencies. Most small businesses need help, she said, because they're wearing so many hats.

"I'm a talker," she said with a laugh. "And I think that if you're focusing on what that problem is and how you can solve it, then (businesses) see value in that and want to keep asking you or keep bringing you back for those resources." 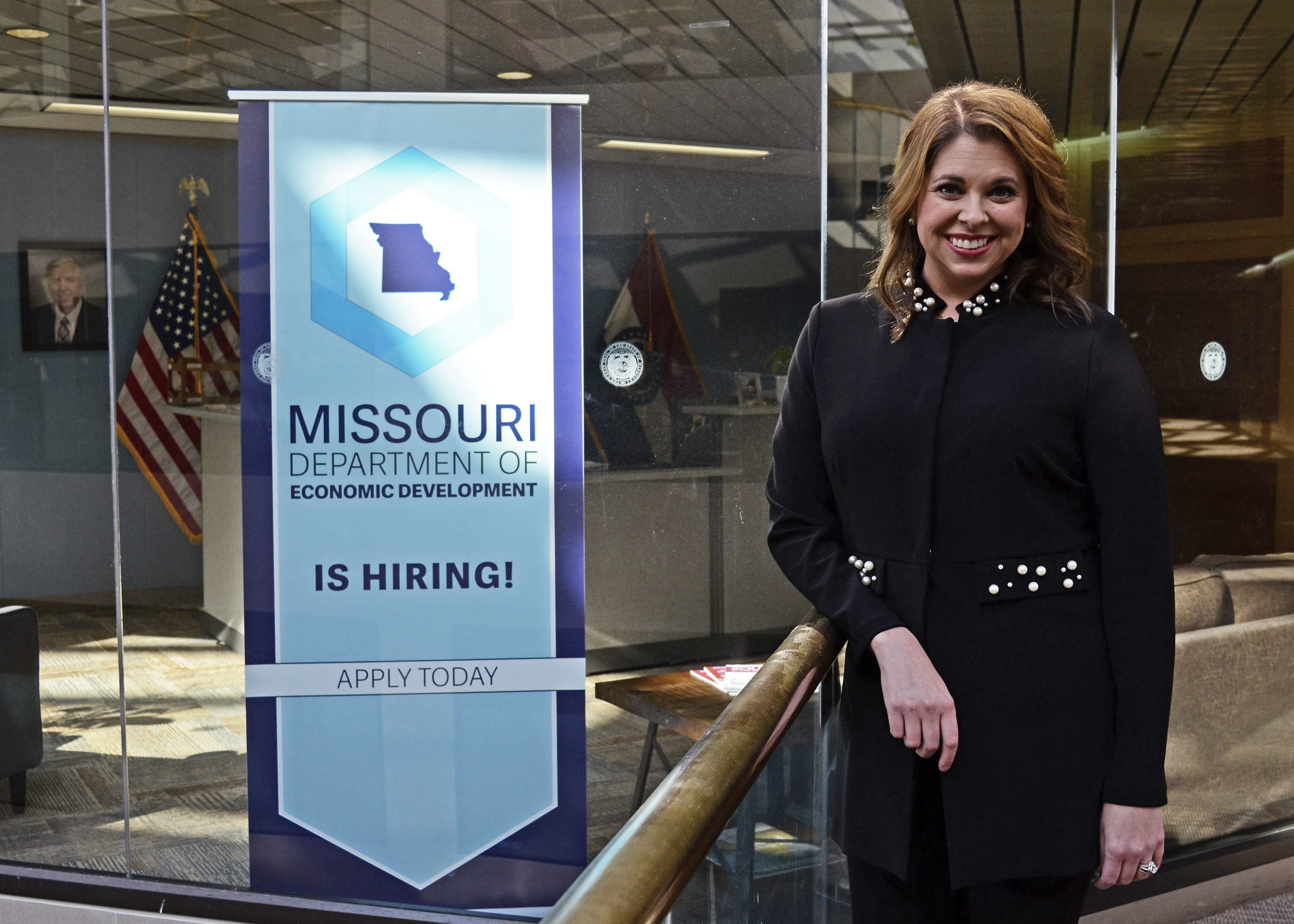