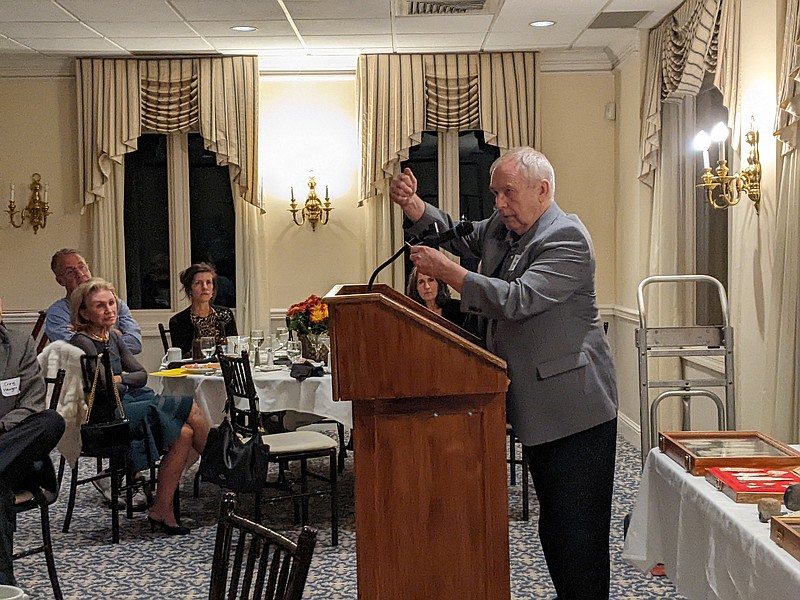 The Historical Society hosted Terry Allen for a talk titled "Indian Archeology of Central Missouri" at its 81st annual dinner meeting. The lawyer of 57 years brought numerous stone points and relics from his personal collection.

Allen has been collecting Native American artifacts since he was a 13-year-old in Butler County, he said.

Allen said he began studying the field of archeology and had several great mentors who introduced him to researchers who dug through Cahokia, Illinois, in the 1930s.

The people in Central Missouri 13,000-14,000 years ago were simply trying to live, he said. They lived during the first of four cultural periods: Paleo, Archaic, Woodland and Mississippian.

"In Central Missouri, you're not going to see any Mississippian," Allen said. "You're just not going to find them. That's a whole different study and there's none of it here, but there is Paleo."

The Paleo people in Central Missouri observed the Clovis culture, according to some of the tools found in the area, Allen said. He showcased one from about 13,000 years ago with a fluted end.

The Paleo period came before bows and arrows, he explained, so the point was likely used to tip a spear or dart.

Judge Sidna Poage Dalton, of the Missouri Supreme Court, became the namesake of another Native American period after he discovered several distinctly shaped stone points in Cole County. The Dalton Period is considered a cultural transitional period between the Paleo and Archaic ages.

"The Dalton Point was always associated with that transitional period," Allen said, noting that the points were found not too far from Highway 50.

In other business Sunday, the Cole County Historical Society elected a new slate of officers, kicked off a capital improvement fundraising campaign and honored its former president Dale Verslues with a resolution from the Missouri Senate.

"I may get this award, or this plaque or whatever, and I greatly, greatly appreciate it, but I met so many great people through all of this," he said upon accepting the framed resolution. "History preservation, there's nothing better." 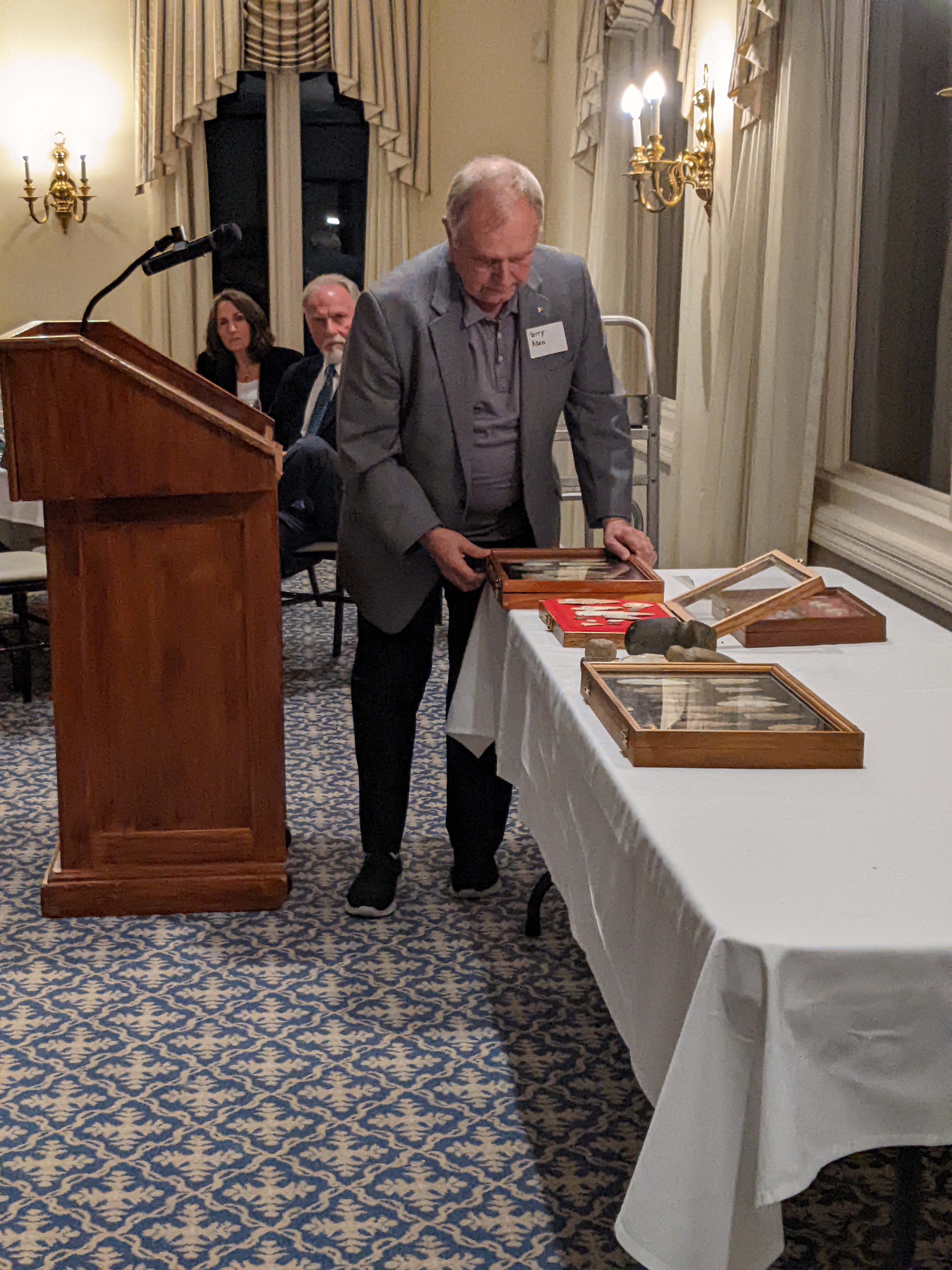 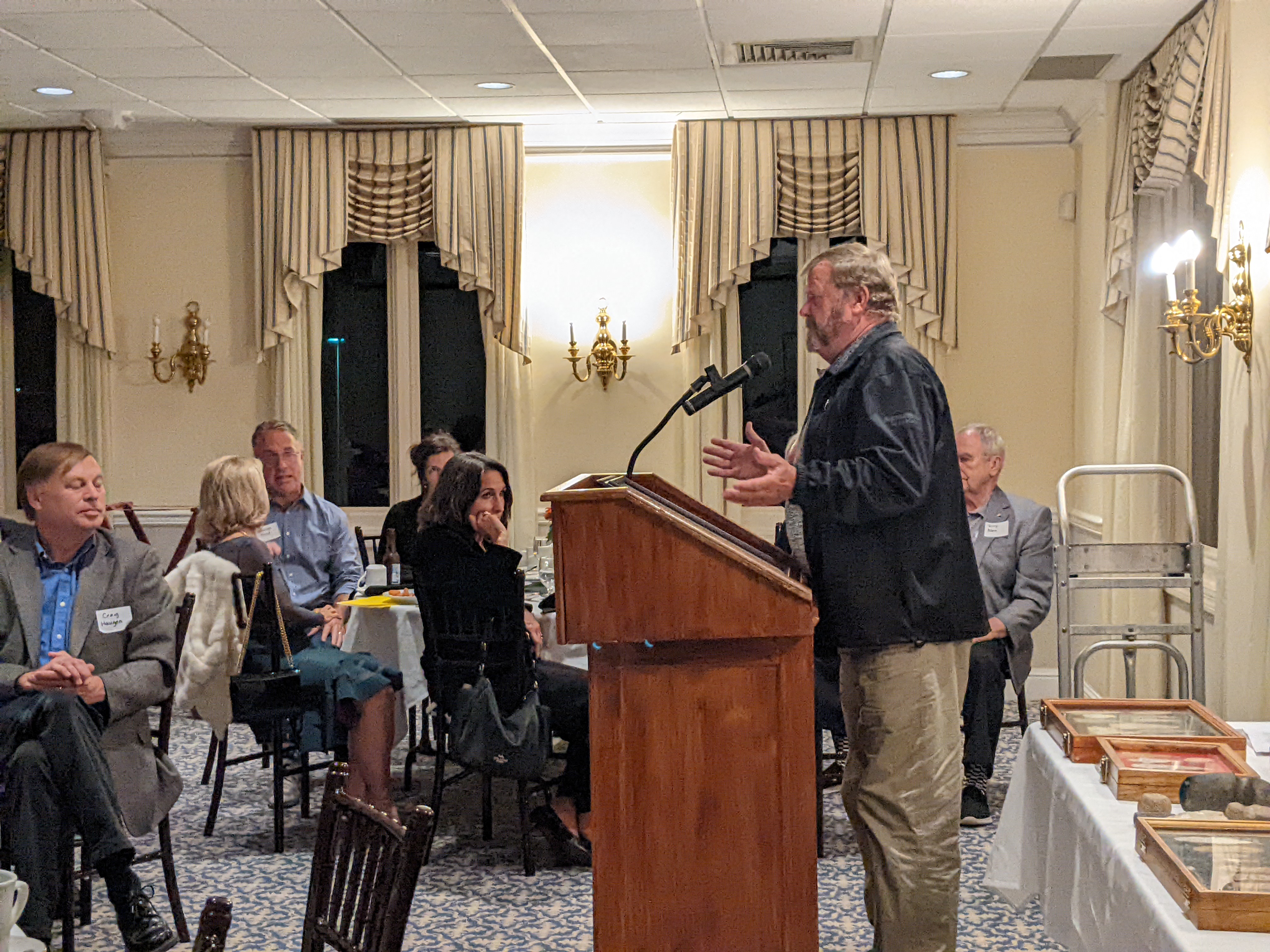