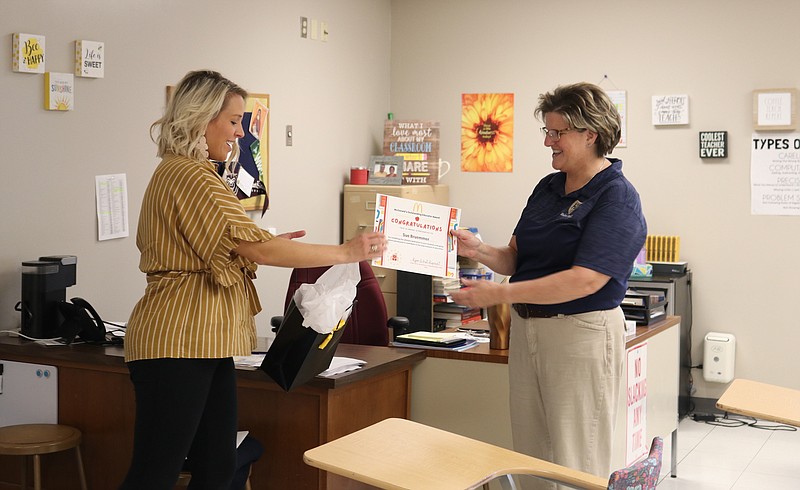 The awards are for teachers who "exhibit the ultimate dedication to their students and go the extra mile" for education.

Emma Smith, special education teacher at Jefferson City High School, was awarded a grand prize, receiving a check for $1,000. She also got a bag with other goodies, including a "Best Teacher Ever" McDonald's coffee travel mug, and McDonald's vouchers to give to outstanding students.

Smith received the award in front of her students, who erupted into applause.

Smith takes students on community experience trips on Fridays, where students learn life skills. Smith told the students that she had planned a surprise trip for them.

"A week before Christmas break, we rented out the Capital City Cinema by Cork and Board, we're going to take the city bus there, and we're going to watch a Christmas movie," she said to gasps of excitement from the students.

Sue Bruemmer, a math teacher at Helias Catholic High School, was also named a McDonald's Outstanding Educator. Bruemmer has been at Helias Catholic since 2016 and has also served as the faculty adviser for the Founders Club, which focuses on community service.

"This is my favorite piece, because I have kids ... every single day who stay after school and work really hard," Bruemmer said.

Bruemmer wasn't certain yet how she would spend the $100 for her classroom.

"I would like to meet with the math department and see what we could do that wouldn't just help my room but would help all of them," Bruemmer said. She said she collaborates a lot with the other teachers, and they teach the same classes. 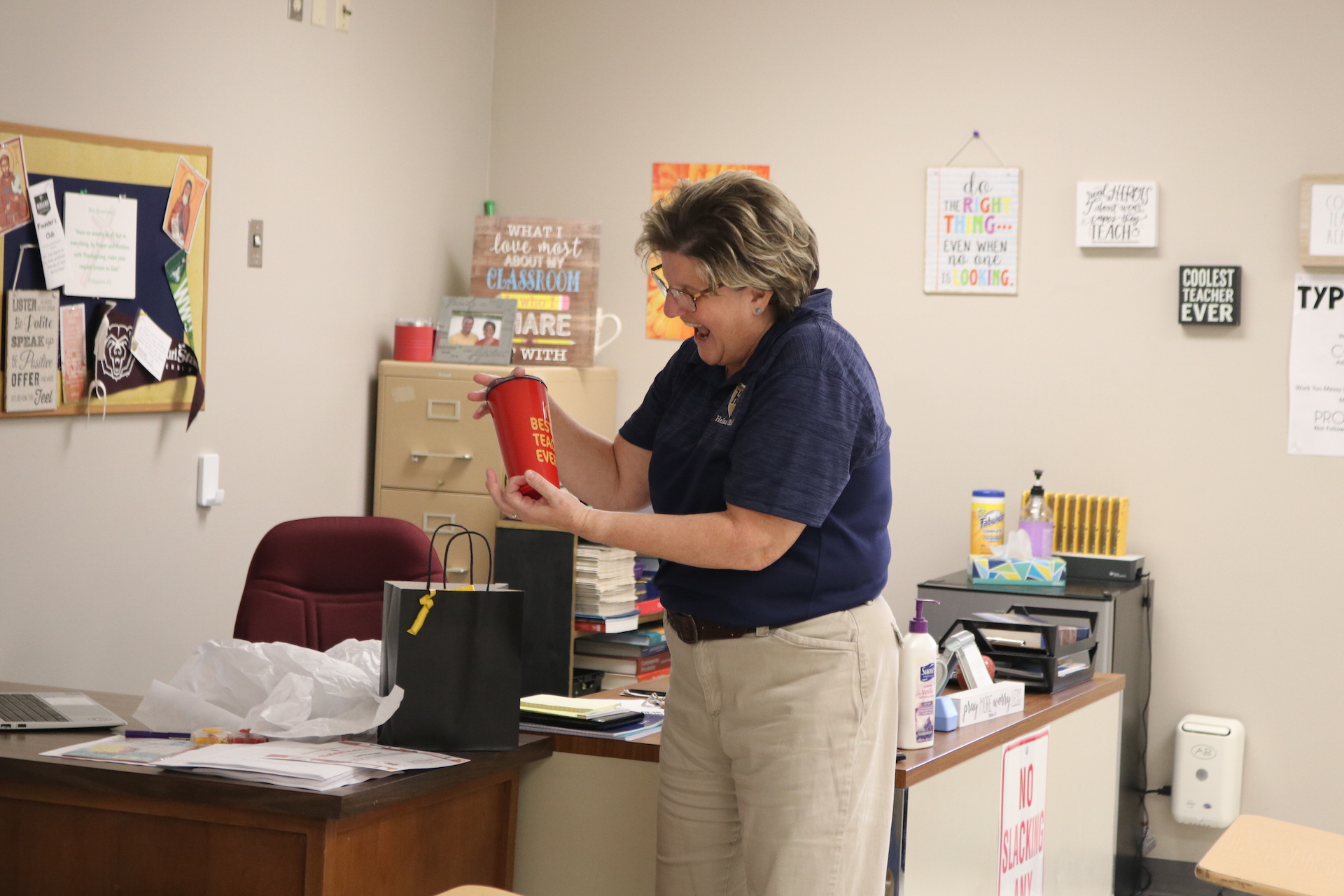 Anna Campbell/News Tribune McDonald's Outstanding Educator Sue Bruemmer unpacks the contents of her award gift bag, including a McDonald's "Best Teacher Ever" travel mug. "Is that not the cutest?" Bruemmer exclaimed as she pulled it from the bag. 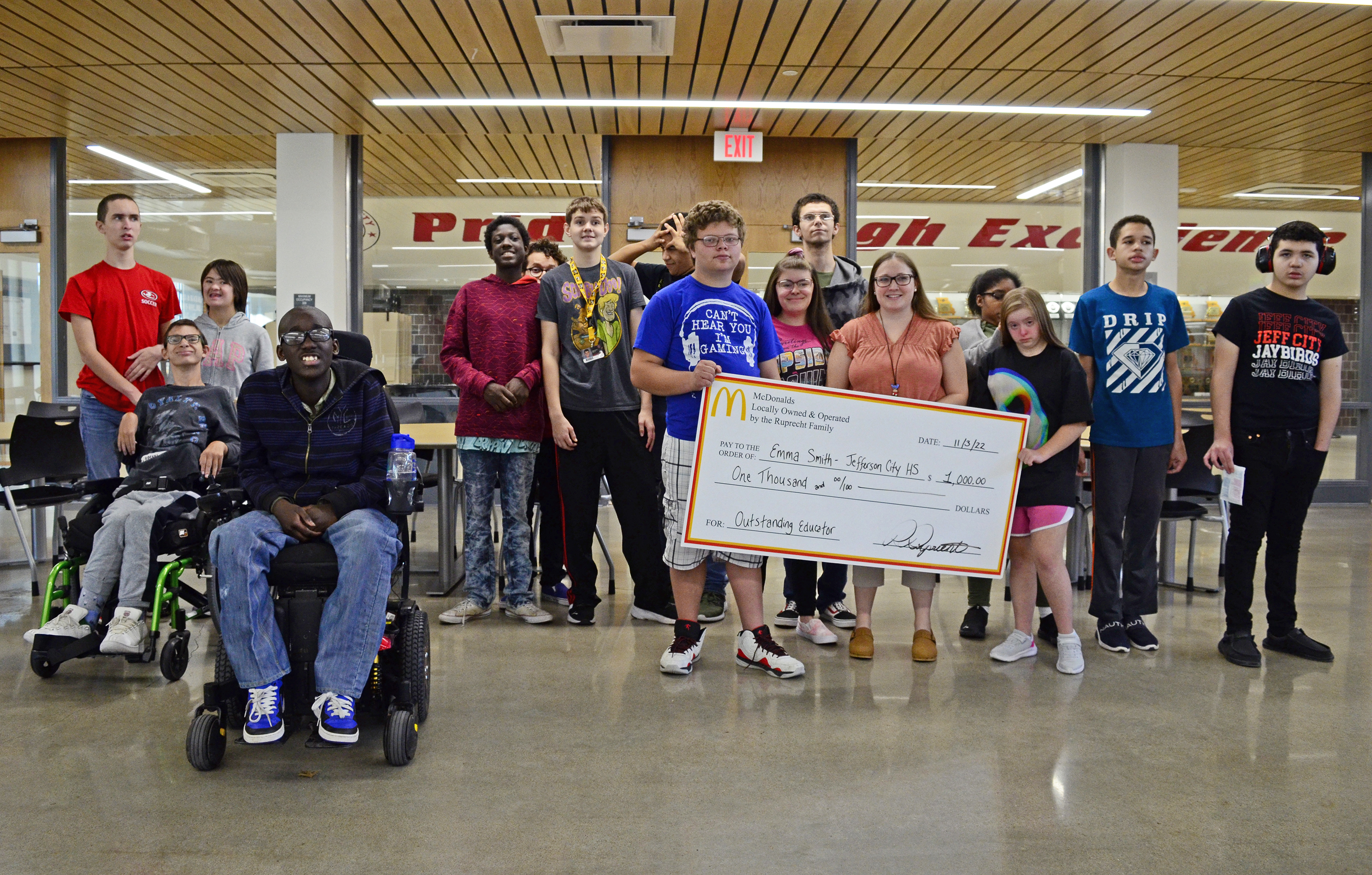 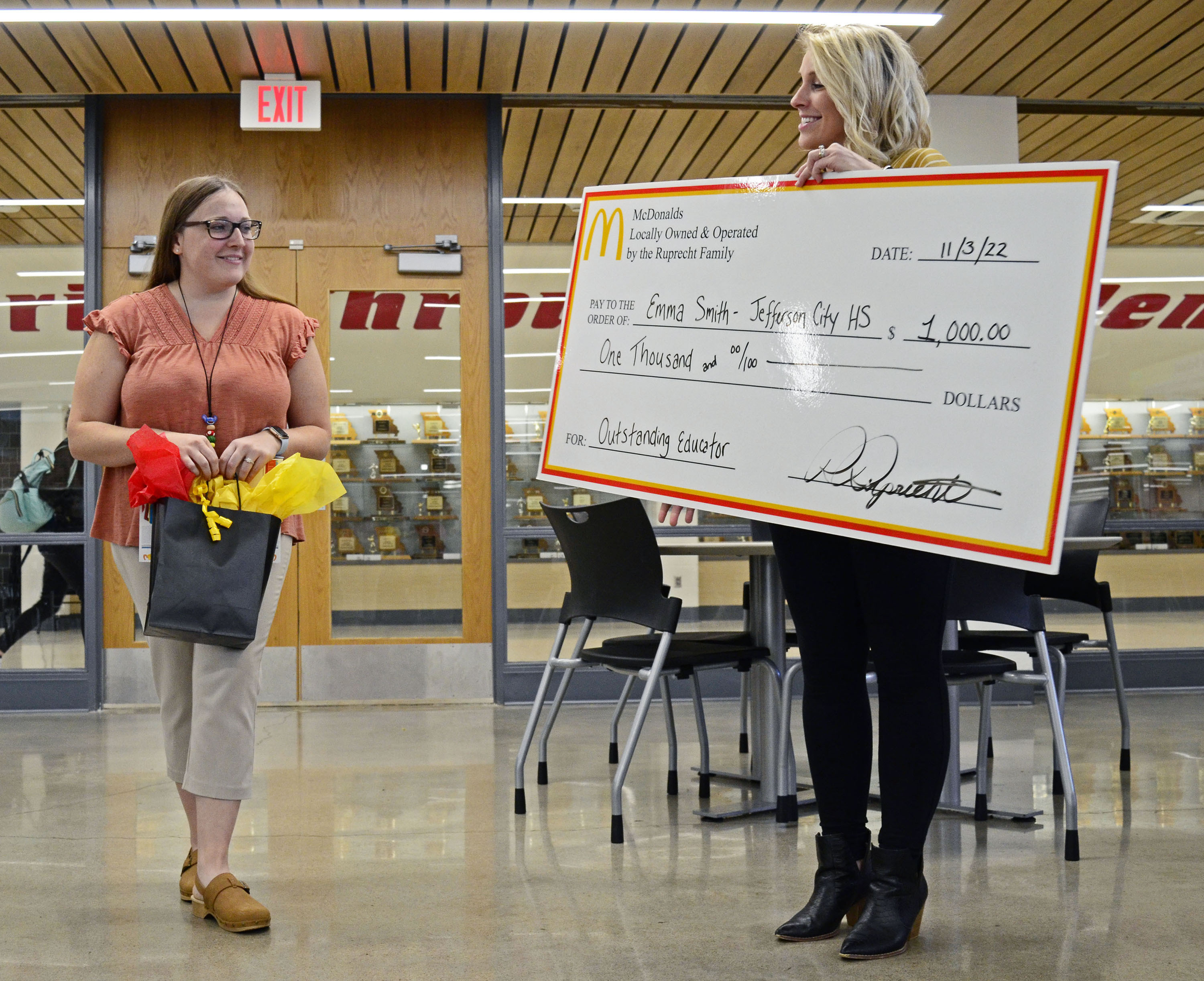 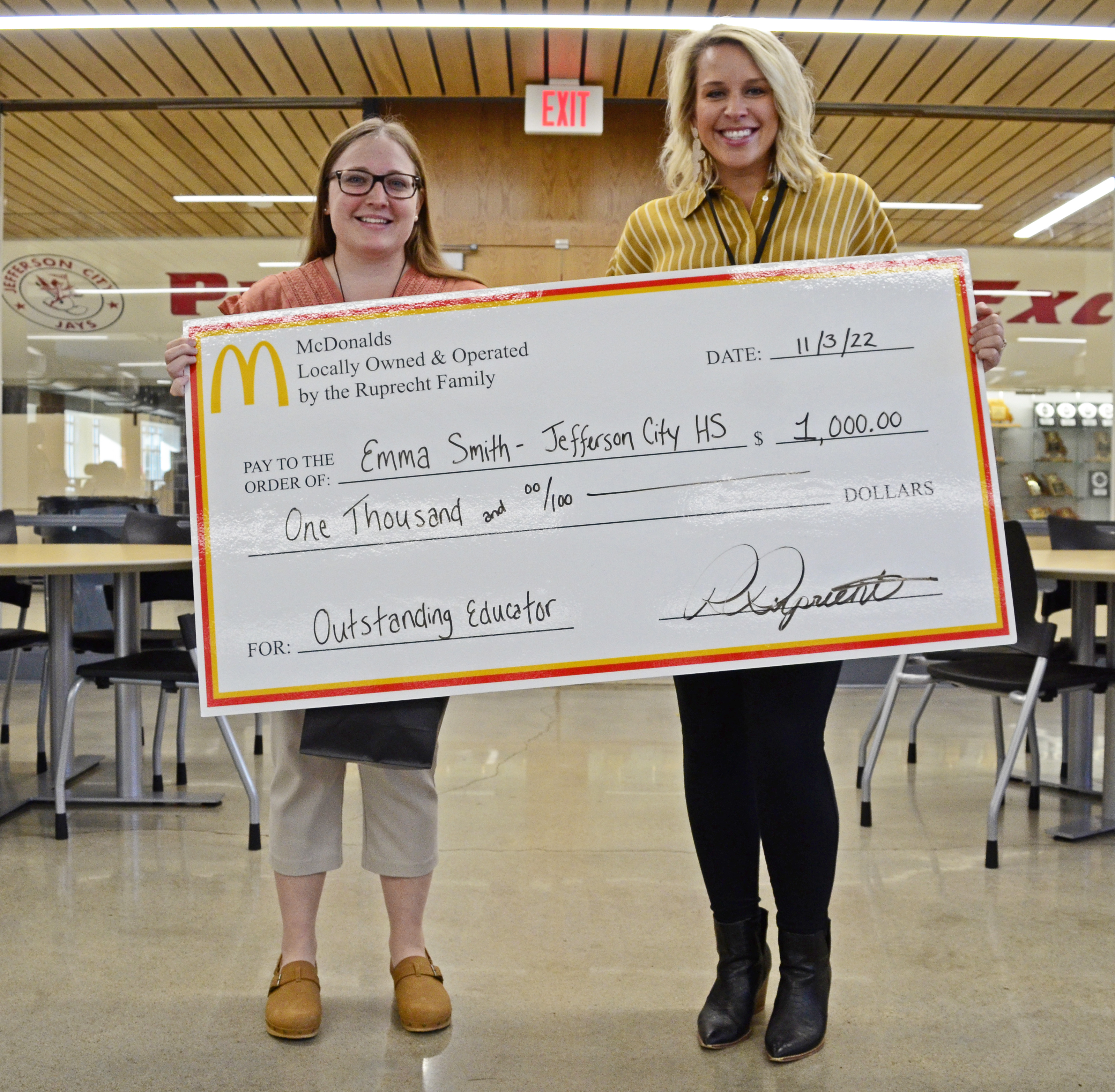