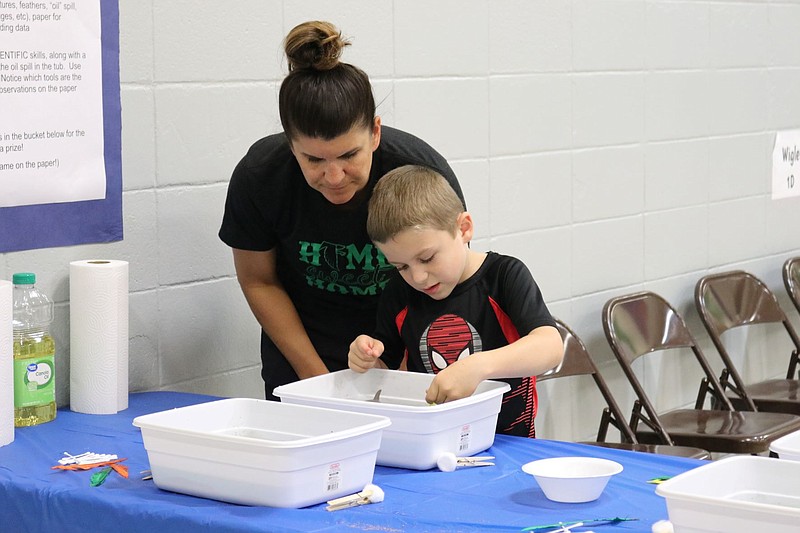 Kadi Hood, a parent and teacher who works with Home and School, Blair Oaks' parent teacher organization, said the event is in its fifth year.

"It started as a way to just get parents into the school to see what the kids are doing, and it's a fun family activity, and it's student-led, so instead of adults directing the activity, the kids get to do that," Hood said.

Students can move from station to station trying out each of the subjects: science, technology, engineering, art and math.

Each station was ocean-themed to match the school theme for the year. At the science station, students sifted through a bucket filled with toy animals affected by an oil spill. They were encouraged to try different tools to get the oil removed.

By far the most popular station was the engineering station, where students used recycled materials to construct a container for an egg drop. Students used food storage containers, boxes, cans and plastic sacks to build vessels that would hopefully keep an egg from breaking when dropped from a high platform. Many students used the plastic sacks as parachutes. When they had finished their designs, students set their creations aside with their names on them to be used later at the egg drop.

"They've gotten better and better each year. So we've started providing the filler material for around the egg because they started asking for that, so it's actually grown as the kids have asked questions," Hood said. "Instead of just us coming up with the ideas, they're actually leading the direction we're taking STEAM Night."

The art station offered students markers, glitter glue, construction paper and more to create a beach scene, which they could then take to the drying table to set before the students went home.

The math station was an exercise in geometry, tasking students with putting together different wooden shapes to create a fish shape on the table.

In the corner, there was a table with blocks and other fun activities for younger siblings and children.

Halfway through the event, around 50 kids had come through with their parents. 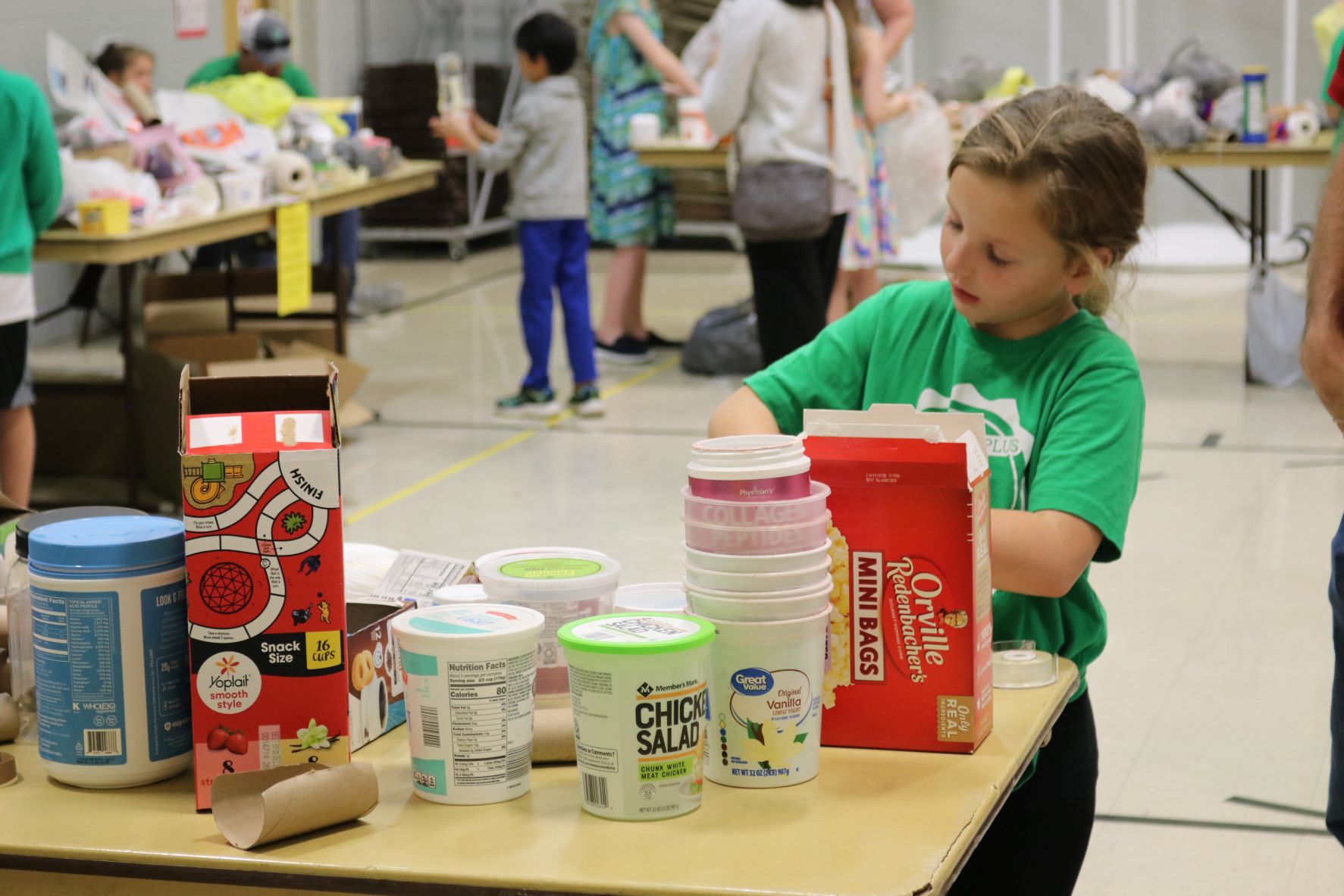