What you need to know about abortion pills 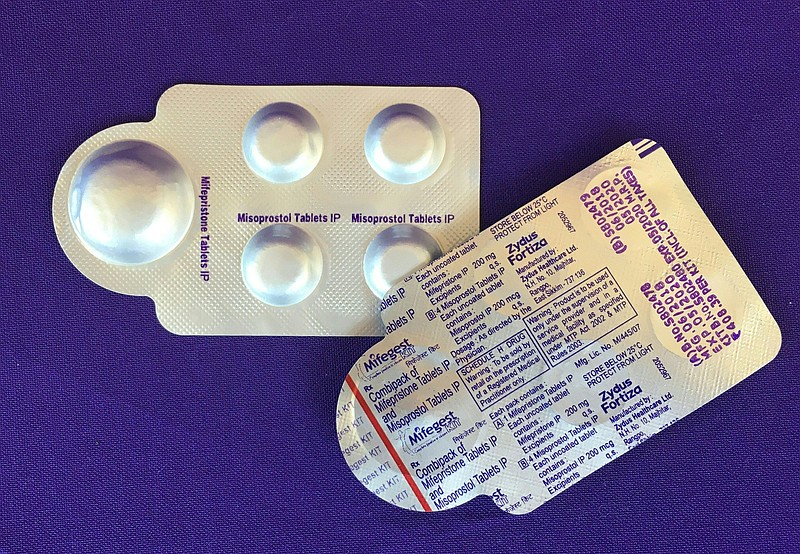 With the leak of a draft Supreme Court opinion that would overturn the constitutional right to abortion established by Roe v. Wade, the future of abortion access in many states is uncertain. Without a clinic close by to obtain one, supporters of abortion rights say they expect to see patients increasingly opting for medication abortion, which can be done at home with a series of pills rather than having a surgical procedure in a clinic.

In Pennsylvania, the law allows abortion up to the 24th week of pregnancy. That won't immediately change if Roe v. Wade is overruled, although the state legislature could attempt to pass more restrictions. In neighboring Ohio and West Virginia, abortion rights would likely be eliminated if the landmark 1973 decision is overruled. That could mean an influx of patients from those states crossing the state line to seek abortions in Western Pennsylvania.

"It's very likely that people who are not able to go to a clinic in their state because they're all closed would be scrambling to find access some other way," said Sue Frietsche, senior staff attorney at the Women's Law Project, a nonprofit legal organization with offices in Pittsburgh and Philadelphia.

Medication abortion has been available in the United States since 2000, yet only one-third of women between the ages of 18-49 have ever heard of it, according to a Kaiser Family Foundation poll. Around half of all abortions are already done using medication.

In 2020, the most recent year for which data is available, 16,349 of 32,123 reported abortions in Pennsylvania were done using medication. That could very well increase if clinics close because of changes in state laws. Here's what you need to know about the abortion pill.

Q. What does a medication abortion involve?

A. Medication abortion is a safe way of ending a pregnancy of up to 10 weeks. It involves taking two pills. The first pill is called mifepristone, which you typically take in the doctor's office on the day of your appointment. It blocks the hormone progesterone, which is needed for the pregnancy to continue. The second pill, misoprostol, causes uterine contractions to pass the pregnancy.

The pills must be prescribed by a doctor. A medication abortion is not the same as the morning-after pill, or emergency contraception, known as Plan B, which prevents the release of an egg.

Q. How and when does a patient take the pills?

A. The first pill is taken orally, while misoprostol can be swallowed or placed vaginally. The timing of the second pill depends on the route of administration, said Dr. Grace Ferguson, a Pittsburgh-based obstetrician and gynecologist. If placed vaginally, the second pill can be taken as soon as six hours and up to 48 hours after the first pill. If taken orally, it's recommended you wait at least 24 hours but no longer than 48 hours to take misoprostol.

Because the second pill produces heavy bleeding, Ferguson said abortion providers work with patients to figure out the best time in their schedule to take it.

"Typically, what we do at your appointment is talk about what your schedule looks like, when you have work and school, when you have time and support and then we would help you figure out the best way for you to take it at home," Ferguson said. "In a perfect world, you'd have a day or weekend off to recover."

Cramping and bleeding begins around one to four hours after taking misoprostol, the second pill.

Q. What kind of side effects are there?

A. For most people, the first pill, mifepristone, has few to no side effects. The second pill, misoprostol, can cause side effects similar to morning sickness, such as nausea, vomiting, diarrhea, fevers and chills. However, there are fewer of these side effects when misoprostol is inserted into the vagina. Ferguson said many patients choose the vaginal route for this reason.

"Placing the pills in the vagina is a different type of absorption than placing them in your mouth, so you do tend to get fewer GI symptoms and side effects," she said.

After the second pill, you can expect heavy vaginal bleeding for about eight to 12 hours. Cramps, dizziness and fatigue are also common side effects. After that, you may have bleeding similar to a normal period for up to one to two weeks.

Q. How can patients manage the side effects at home?

A. Ferguson recommended menstrual pads instead of tampons because bleeding can be heavy and may produce clots. To manage pain and cramping, ibuprofen and Tylenol are recommended.

Q. How safe and effective is medication abortion?

A. Medication abortion is more than 94 percent effective and is also very safe. In a 2012 study that looked at more than 47,000 women who received medication abortions, serious complications requiring hospitalization for infection treatment or transfusion occurred in less than 0.4 percent of patients.

A. Dr. Ferguson said it's important to follow up with your provider a week to two weeks after taking the pills to make sure the pregnancy has ended.

While the pills usually work very well, they're not 100% effective. Within a few days after taking the pills, any pregnancy symptoms -- nausea, vomiting and breast tenderness, for instance -- should go away. If you're still experiencing pregnancy symptoms, or if you have very light bleeding, that would be a sign that the medication didn't work.

Dr. Ferguson said patients should immediately see a provider if they suspect they didn't pass the pregnancy or if they have heavy bleeding that lasts a long time. You should also call your doctor if you develop a fever, which could be a sign of an infection.

Q. Who should not take abortion pills?

A. People with bleeding disorders, problems with the adrenal glands and those being treated with long-term corticosteroid therapy or with an ectopic pregnancy should not take abortion pills. If an individual has an intrauterine device, or IUD, in place, it must be removed before taking the pills.

Print Headline: What you need to know about abortion pills