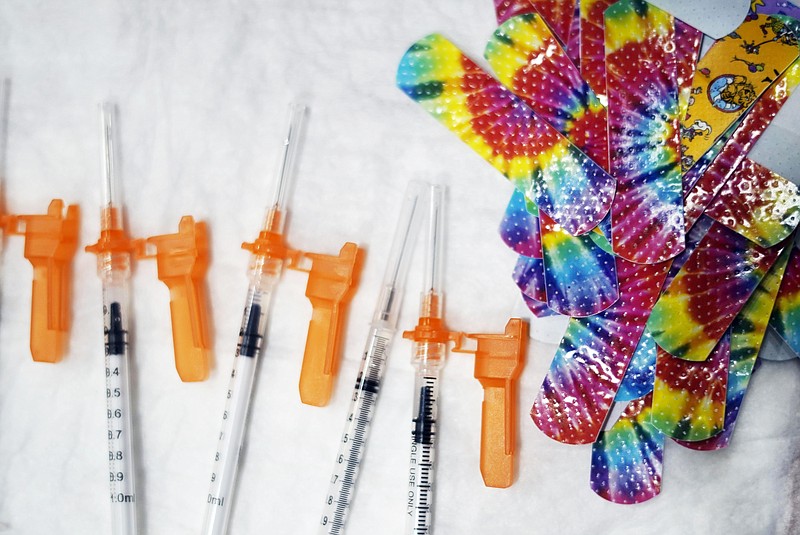 FILE - Syringes and colorful bandages are prepared as children from local schools prepare to get COVID-19 vaccines in Pittsfield, Mass., on Monday Dec. 13, 2021. Three doses of Pfizer’s COVID-19 vaccine offer strong protection for children younger than 5, the company announced Monday, May 23, 2022. Pfizer plans to give the data to U.S. regulators later this week in a step toward letting the littlest kids get the shots. (Ben Garver/The Berkshire Eagle via AP, File)

Three doses of Pfizer's COVID-19 vaccine offer strong protection for children younger than 5, the company announced Monday, another step toward shots for the littlest children possibly beginning in early summer.

Pfizer plans to submit the findings to U.S. regulators later this week. The Food and Drug Administration already is evaluating an application by rival Moderna to offer two-dose vaccinations to tots -- and set June 15 as a tentative date for its independent scientific advisers to publicly debate the data from one or both companies.

The news comes after months of anxious waiting by parents desperate to vaccinate their babies, toddlers and preschoolers, especially as COVID-19 cases once again are rising. The 18 million youngsters under 5 are the only group in the U.S. not yet eligible for COVID-19 vaccination.

Pfizer has had a bumpy time figuring out its approach. It aims to give tots an extra low dose -- just one-tenth of the amount adults receive -- but discovered during its trial two shots didn't seem quite strong enough for preschoolers. So researchers gave a third shot to more than 1,600 youngsters -- from age 6 months to 4 years -- during the winter surge of the omicron variant.

In a press release, Pfizer and its partner BioNTech said the extra shot did the trick, revving up the children's levels of virus-fighting antibodies enough to meet FDA criteria for emergency use of the vaccine with no safety problems.

Preliminary data suggested the three-dose series is 80 percent effective in preventing symptomatic COVID-19, the companies said, but they cautioned the calculation is based on just 10 cases diagnosed among study participants by the end of April. The study rules state at least 21 cases are needed to formally determine effectiveness, and Pfizer promised an update as soon as more data is available.

While the vaccine effectiveness likely could change somewhat, "all of this is very positive for those parents who are looking forward to having a vaccine for their younger children in the coming months," said Dr. William Moss, of the Johns Hopkins Bloomberg School of Public Health, who was not part of the study.

If FDA confirms the data, the vaccine could "be an important tool to help parents protect their children," agreed Dr. Jesse Goodman, of Georgetown University, a former FDA vaccine chief. But he cautioned that it's essential to track how long protection lasts, especially against serious disease.

What's next? FDA vaccine chief Dr. Peter Marks has pledged the agency will "move quickly without sacrificing our standards" in evaluating tot-sized doses from both Pfizer and Moderna.

Comparing the two companies' approaches to vaccinating the littlest kids promises to be challenging.

Moderna asked FDA to authorize two shots, each containing a quarter of the dose given to adults. While that spurred good levels of virus-fighting antibodies, Moderna's study found effectiveness against symptomatic COVID-19 was just 40-50 percent during the omicron surge, much like for adults who've only had two vaccine doses.

"We've learned in older children and adults that ... we really need three doses to get protection" against newer variants like omicron, Moss said.

That's something Moderna plans to study, and Moss said he didn't expect the question would hold up FDA authorization of the first two doses.

Complicating Moderna's progress, the FDA so far has allowed its vaccine to be used only in adults. Other countries allow it to be given as young as age 6, and the company also is seeking FDA authorization for teens and elementary-age kids.

The FDA has tentatively planned for its expert panel to consider Moderna's vaccine for older children a day before taking up the question of shots for the littlest.

If FDA clears either vaccine or both, the Centers for Disease Control and Prevention would have to recommend whether all kids under 5 should receive the shots or only those at high risk.

While COVID-19 generally isn't as dangerous to youngsters as to adults, some children do become severely ill or even die. And the omicron variant hit children especially hard, with those under 5 hospitalized at higher rates than at the peak of the previous delta surge.

It's not clear how much demand there will be to vaccinate the youngest children. Pfizer shots for 5- to 11-year-olds opened in November, but only about 30 percent of that age group have gotten the recommended initial two doses. Last week, U.S. health authorities said elementary-age children should get a booster shot just like everyone 12 and older is supposed to get, for the best protection against the latest coronavirus variants. 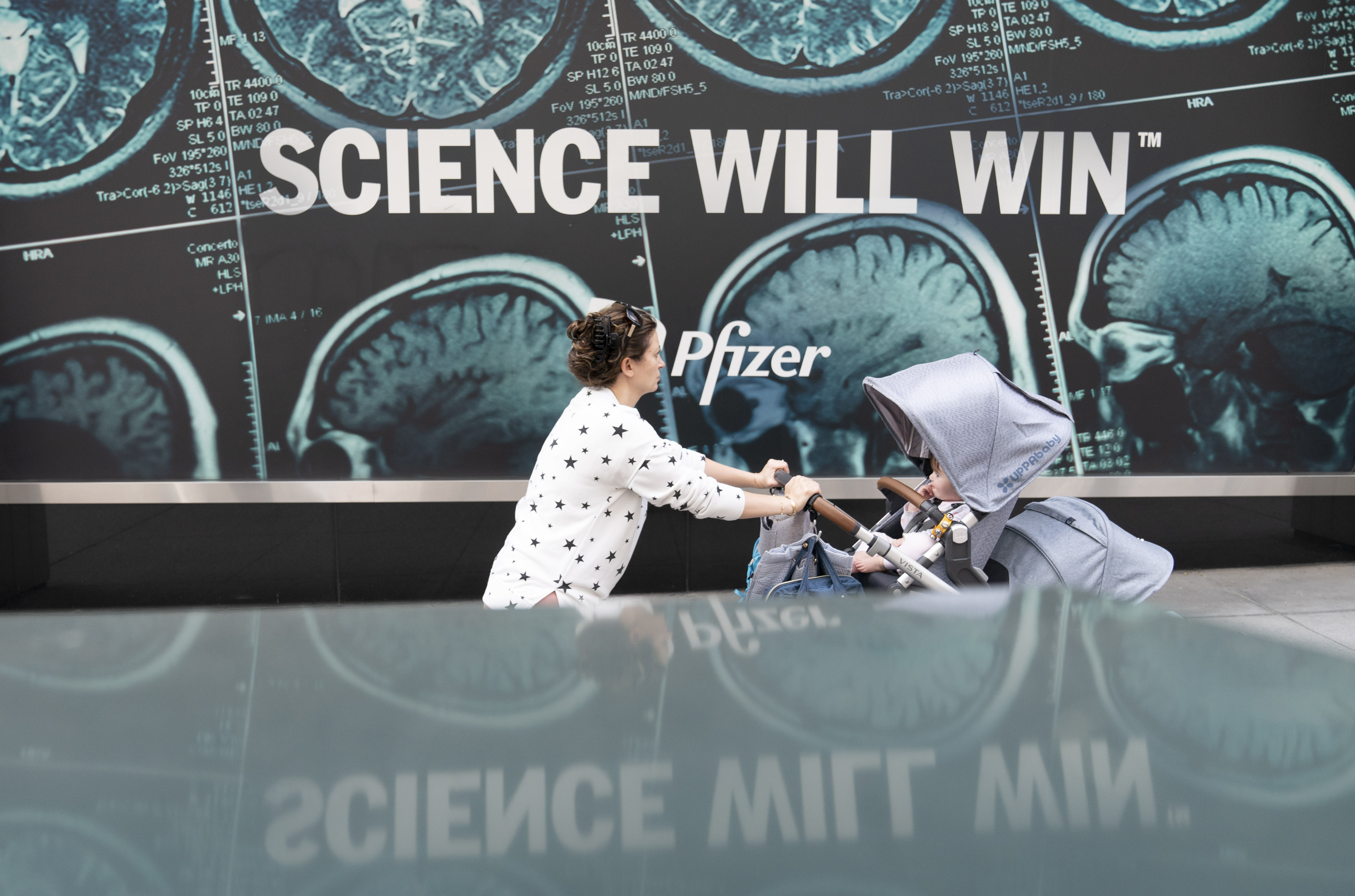 A woman pushes a baby in a stroller past a sign hanging outside Pfizer headquarters in New York, Monday, May 23, 2022. Three doses of Pfizer's COVID-19 vaccine offer strong protection for children younger than 5, the company announced Monday, May 23, 2022. Pfizer plans to give the data to U.S. regulators later this week in a step toward letting the littlest kids get the shots. (AP Photo/Mary Altaffer)