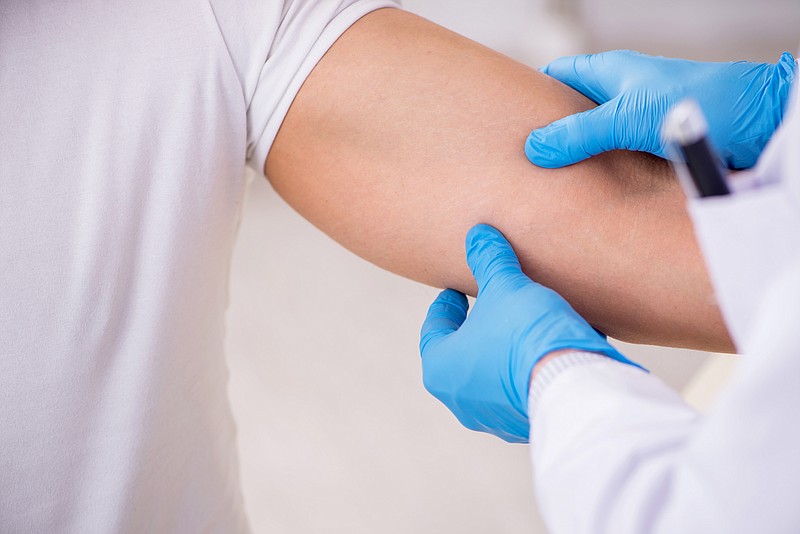 The first signs of melanoma are usually a change to an existing mole or a new skin growth. (Dreamstime/TNS)

MANKATO, Minn. -- Learning your ABCs can alert you to changes in moles that could signal melanoma -- the most serious type of skin cancer.

For Skin Cancer Awareness Month in May, Mayo Clinic Health System is reminding people that while most moles are harmless and rarely become cancerous, monitoring them is still an important step in detecting skin cancer, especially malignant melanoma.

Moles generally appear during childhood and adolescence, and most people have 10-40 moles, some of which may change in appearance or fade away over time. The first signs of melanoma are usually a change to an existing mole or a new skin growth.

They're usually found on skin that has seen a lot of sun, like your face, scalp, arms, back or calves. However, melanoma can be found in areas that are not exposed to the sun.

Your best chance of beating melanoma is to catch it early.

This ABCDE guide can help you determine if a mole or spot may indicate melanoma or other skin cancers:

• Asymmetrical shape: One half is unlike the other half and not round or oval

• Diameter: Larger than 1/4 inch or a pencil eraser

• Evolving: Change in size, shape, color or height; new signs and symptoms, such as itchiness, tenderness or bleeding; or nonhealing sores

It's important to watch for moles that stick out or appear different than other moles. They are sometimes referred to as "ugly ducklings" and should raise your suspicion of melanoma.

Cancerous, or malignant, moles vary greatly in appearance. Some may show all the features listed above. Others may have only one or two.

If you notice any of these changes, schedule an appointment with your health care team.