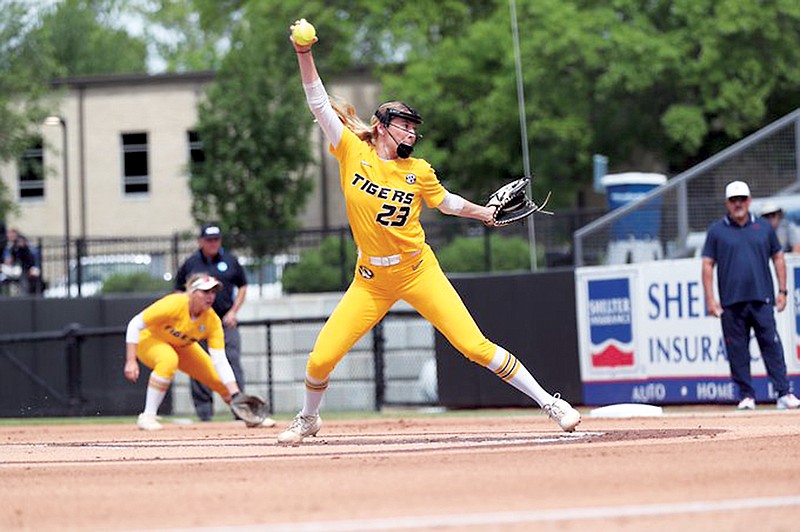 COLUMBIA -- One run was enough.

The Arizona Wildcats got a solo home run from Sharlize Palacios in the fifth inning Sunday afternoon and defeated the Missouri Tigers to win the title in the Columbia Regional in the NCAA Tournament at Mizzou Softball Stadium.

It was Arizona’s second shutout win against Missouri in the tournament, winning 2-0 in the winner’s bracket final Saturday afternoon.

Palacios hit a 1-2 pitch over the fence in left to lead off the top of the fifth. It was one of four hits for the Wildcats in the game.

The Tigers left five runners on base in the game.

Netz went the distance to get the victory. She walked three and struck out three to improve to 14-7 on the season.

It will be the 16th time Arizona has advanced to the Super Regionals.

Jordan Weber threw a complete game for the Tigers. She walked two and struck out one in the game, stranding Arizona runners in scoring position in three different innings. It was her 12th complete game of the season.

Missouri, the No. 15 overall seed in the NCAA Tournament, ends its season with a record of 38-22.