G7 countries to provide $19.8B in aid to Ukraine 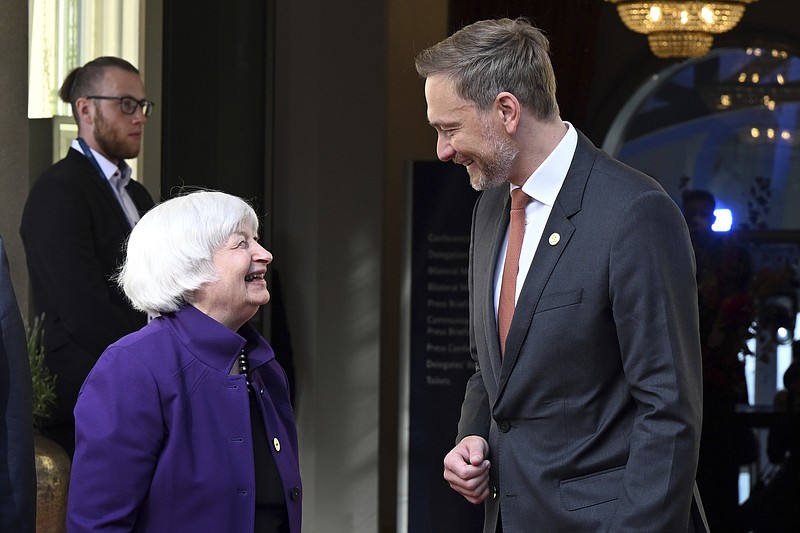 KOENIGSWINTER, Germany (AP) -- The Group of Seven leading economies agreed Friday to provide $19.8 billion in economic aid to Ukraine to help keep tight finances from hindering its ability to defend itself from Russia's invasion.

German Finance Minister Christian Lindner told reporters $9.5 billion of the total amount was mobilized at meetings of the G-7 finance ministers in Koenigswinter, Germany, this week.

"We agreed that Ukraine's financial situation must have no influence on Ukraine's ability to defend itself successfully," he said. "We need to do our utmost to end this war."

The money is intended to help the Ukrainian government keep basic services for its people functioning, and is separate from efforts to provide the country with weapons and humanitarian aid.

The needs are vast.

Russia's invasion touched on almost every topic of the finance ministers' meetings this week, from the need to reduce reliance on Russian energy to reforming relationships between countries to maintain economic stability.

"Russia's war of aggression is causing global economic disruptions, impacting the security of global energy supply, food production and exports of food and agricultural commodities, as well as the functioning of global supply chains in general," the G-7's communique stated.

U.S. Treasury Secretary Janet Yellen and other leaders spoke this week about the need for allies to put together enough additional aid to help Ukraine "get through" the Russian invasion.

"All of us pledged to do what's necessary to fill the gap," Yellen said Thursday. "We're going to put together the resources that they need."

The International Monetary Fund's latest world economic outlook says Ukraine's economy is projected to shrink by 35 percent this year and next.

The finance ministers of the G-7 -- which includes Canada, France, Germany, Italy, Japan, the United Kingdom and the U.S. -- also have grappled with deepening inflation, food security concerns and other economic issues during their talks.

A communique marking the end of their meetings addressed commitments to addressing debt distress in low-income countries, trying to ease the fallout from the coronavirus pandemic and staving off inflation rates "that have reached levels not seen for decades." 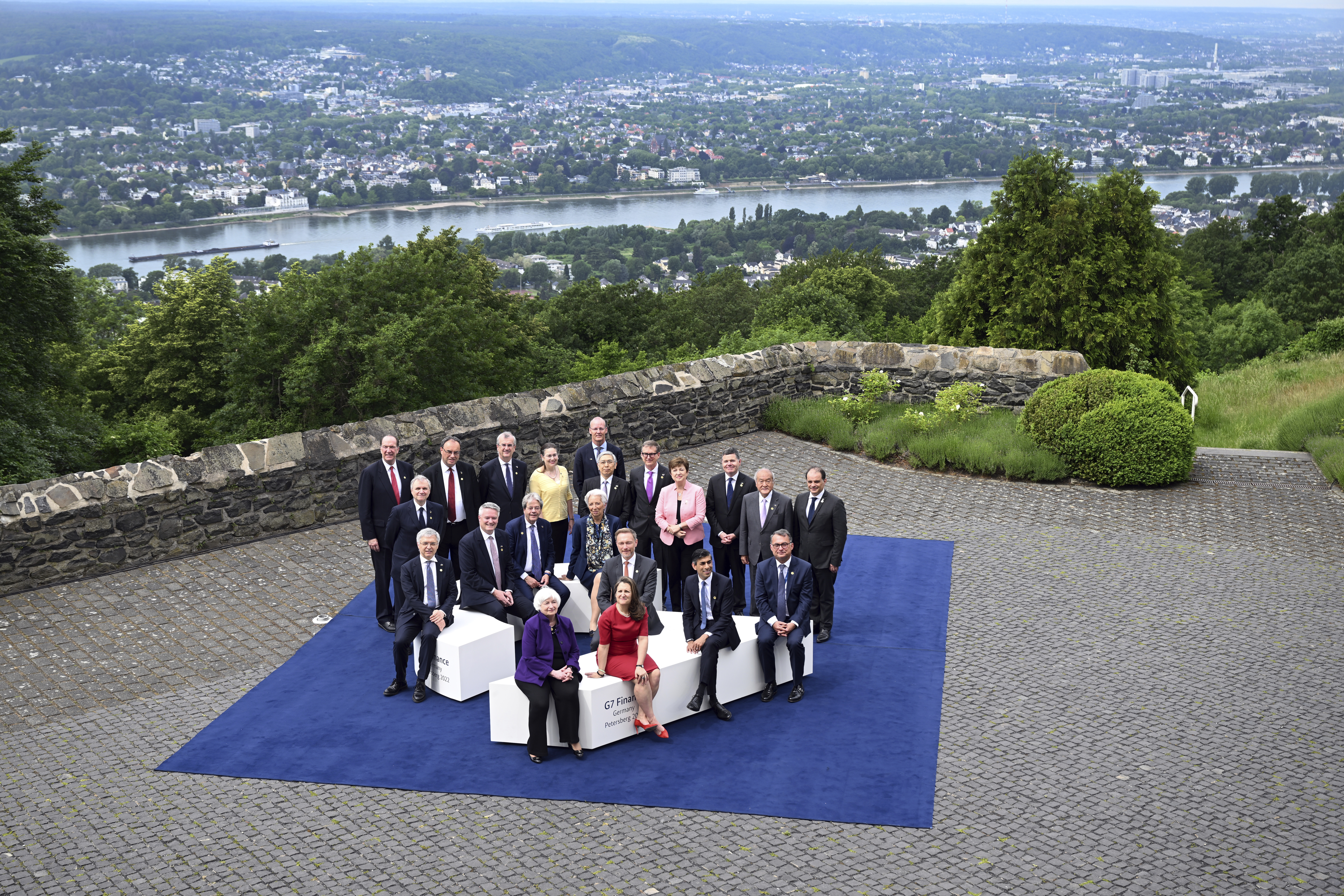 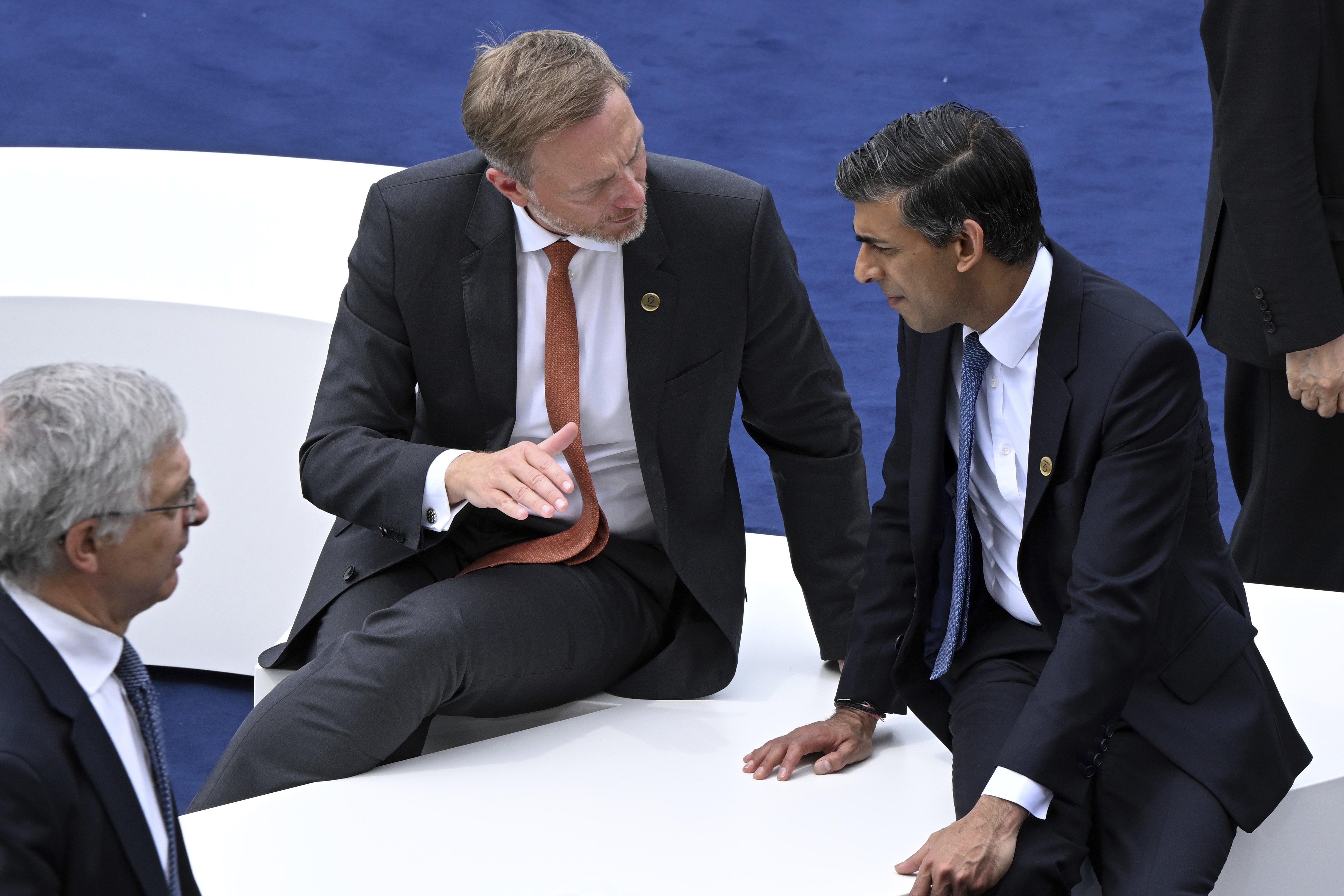 Print Headline: G7 countries to provide $19.8B in aid to Ukraine