From the Stacks: Cooking his way through middle school 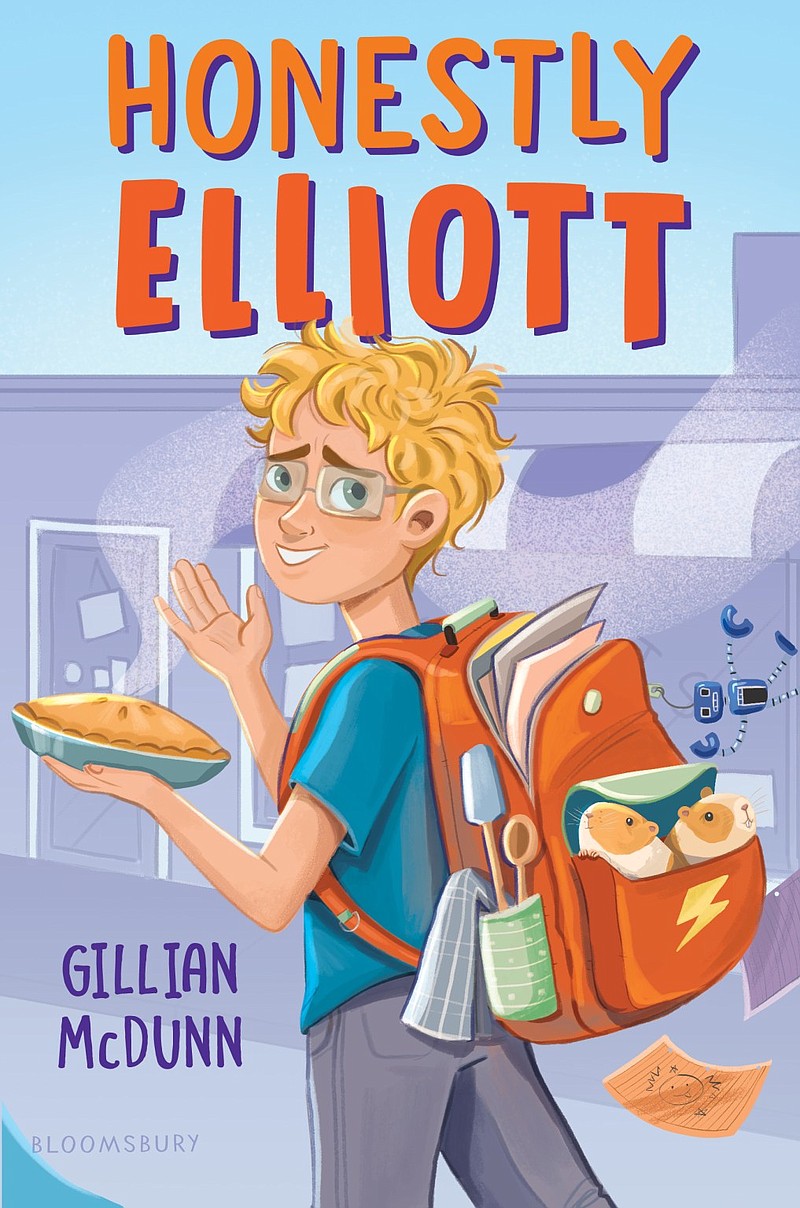 "If you saw me in the kitchen, you would think that I'm the kind of person who has it all together." With this simple sentence, Gillian McDunn introduces Elliott, a sixth-grade boy whose ADHD has been out of control and whose father is expecting a new son with his new wife. Throw in a best friend who moved away and a desire to go to a cooking camp over the summer and you have a recipe for laughter, disaster and a whole new definition of family!

"Honestly Elliott" tells the story of Elliott Sawyer, a boy who wants to be a chef like his idol, Griffin Connor. Elliott has discovered cooking is the perfect activity for his ADHD (attention deficit hyperactivity disorder), because the multiple parts of his brain can each focus on a step or plan, and it all comes together in the end. He really wishes it was that easy with the rest of his life. Now, he is about to face a true test of his abilities with the Avery Local school project, a new partner -- who is super organized -- and, worst of all, a gluten-free baking experience. What could possibly go wrong?

When we meet Elliott, he is trying to fix a simple supper for his dad and step-mother, Kate, who are attending a birthing class. Sounds easy. However, while he is very focused when cooking, he is also very messy, and Kate doesn't do messy. When they arrive home early, things go from bad to worse. Elliott ends up getting packed up and taken home early. On the way, his dad gives him the standard father-son lecture about being responsible, following directions and concentrating on his schoolwork. All of this just makes Elliott feel worse. Things at Elliott's mom's are totally different. She approves of his cooking trials and sometimes cleans up around him but generally lets him finish. She raves over his food creations, but she also wants him to try harder to focus on his grades and making new friends.

After almost failing the first semester of sixth grade because he couldn't keep track of all the various classes, paperwork and assignments, Elliott is making some progress with the help of a caring teacher. However, the Avery Local business group project is going to be 50 percent of all of his grades! When his new friends don't want to partner with him due to his lack of focus, he ends up pairing up with Maribel Martinez, one of the most popular girls who also has the best grades in the class. She too is not working with her friends for a very different reason. Elliott mentions he likes cooking and she likes baking, so they start to talk. Unfortunately, he starts to have trouble focusing on what she is saying with so much going on around him. He just starts saying OK to whatever she says. Next meeting, Maribel has a three-ring binder with color coordinated sections and the entire plan written out. All they need is a recipe for a gluten-free pie and they are good to go. However, Elliott hates baking because his idol thinks it is too easy and not worthy of a chef's time. Boy, he has a lot to learn.

Along the way, Elliott uncovers some surprising facts about Maribel and himself. He learns to compromise and to think for himself. They come up with an idea that not only works but it sells out and creates a business they can continue even though they are in middle school. Elliott discovers things he thought were big and insurmountable are not that important. But most of all, he figures out new friends can become like family, and family can grow, too.

Middle-school students will enjoy this book and hopefully find a little bit of themselves in the various characters. Maybe they can be like Elliott and show what's on the inside is more important than what is on the outside.

Donna Loehner is the children's programming associate at the Missouri River Regional Library.

Print Headline: From the Stacks: Cooking his way through middle school