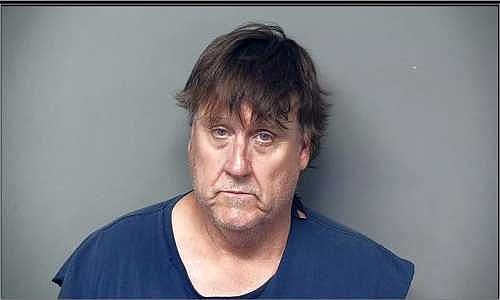 A Jefferson City man has been charged with stealing sports memorabilia items and weapons.

A Cole County Sheriff's Department probable cause statement states deputies stopped Gieck on Wednesday night in the 1600 block of Truman Drive after they got a call to remove a person from that area, which was later identified as Gieck, for allegedly making threats to a resident.

Gieck was detained, and he reportedly told deputies there were stolen items in the trunk of his vehicle. Deputies searched the trunk and allegedly found sports memorabilia such as hats and autographed items and plaques bearing the name of a potential victim.

That victim later identified the items as hers and said they had been stored at a storage shed in Jefferson City.

When questioned by investigators, Gieck allegedly said he frequently purchased items believed to be stolen with cash and illegal narcotics. He also reportedly said additional stolen items were at his home and included stereo speakers and a black powder rifle.

Deputies searched Gieck's residence and found the rifle he had mentioned as well as two pistols that had been reported stolen out of Montgomery County.