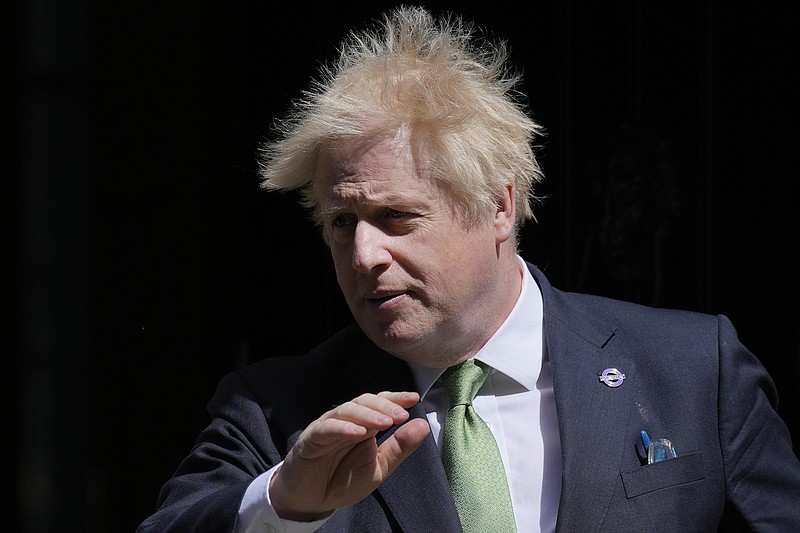 LONDON (AP) -- Britain's Metropolitan Police told Prime Minister Boris Johnson he faced no further action over lockdown-breaching gatherings at his official residence and other government sites, after the force said Thursday it has concluded its investigation into politicians' parties that violated the country's coronavirus restrictions.

Police said they issued a total of 126 fixed-penalty notices to 83 people for gatherings that took place on eight dates between May 2020 -- at the height of the first wave of the U.K.'s pandemic -- and April 2021. Some people received multiple fines.

The scandal, dubbed "partygate" by the media, has dealt a heavy blow to Johnson's leadership.

Johnson apologized last month after he revealed that he was among dozens of people who paid a police fine for attending lockdown-breaching parties and gatherings. That made him the first British leader to be sanctioned for breaking the law while in office.

Revelations that Johnson and other senior officials gathered illegally in government buildings -- including enjoying "wine time Fridays" reportedly organized by Johnson's staff -- at a time when millions in the country stuck to strict government lockdown restrictions to slow the spread of COVID-19 have angered voters and triggered calls for Johnson to resign.

The conclusion of the police investigation means that results from a separate probe by a senior civil servant, Sue Gray, can now be published. Government officials said the Gray report, which is being closely watched for the extent to which it censures Johnson and his Conservative government, will be published as soon as possible, though that's unlikely before next week.

Johnson's spokesman said Thursday he will not be receiving any more fines on top of the one he has already paid.

"The Met has confirmed they are taking no further action" against the prime minister, spokesman Max Blain said.

Police do not identify the people who received fines, but Treasury chief Rishi Sunak, as well as Johnson's wife, Carrie, have said they were among those fined along with Johnson for attending a birthday party thrown for the prime minister in June 2020.

Johnson has repeatedly apologized, but denied he knowingly broke the rules. He has insisted it "did not occur" to him that the gathering in his office, which he said lasted less than 10 minutes, was a party.

Opposition parties reiterated their calls for Johnson to resign and said the Gray report should be published without delay.

Keir Starmer, leader of the opposition Labour Party, said there can be "no further hiding places" for Johnson for the "industrial-scale lawbreaking" at government sites.

"That reflects a culture and the prime minister sets the culture," he said.

Starmer himself faces a police investigation over his own conduct during the pandemic -- he has acknowledged he had a beer and a takeout curry with colleagues in April 2021, when the U.K. was under coronavirus restrictions. Starmer insisted that the meal was part of a working day and broke no rules.

The COVID-19 Bereaved Families for Justice group called the police fines a "terrible insult" to all who lost loved ones during the pandemic.

"The nearly half a million pounds this investigation has cost could have been spent on support services for the bereaved. Instead it was spent investigating our own government, and all because they lied and failed to acknowledge they had broken the law," said Safiah Ngah, who lost her father to the virus in February 2021.

More than 177,000 people have died in Britain after testing positive for the coronavirus, the highest toll in Europe after Russia. 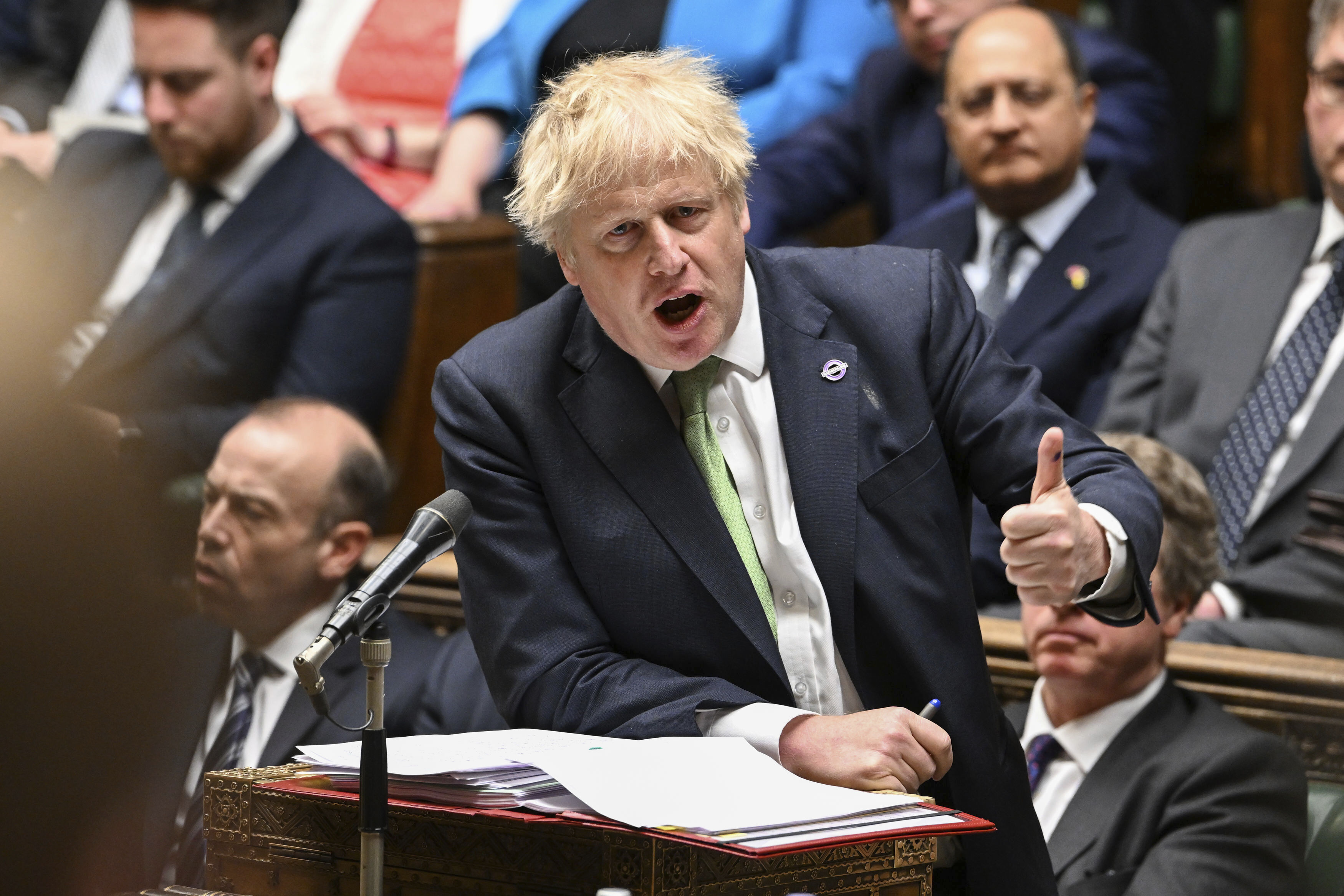 In this photo issued by UK Parliament, Britain's Prime Minister Boris Johnson speaks during Prime Minister's Questions in the House of Commons, London, Wednesday, May 18, 2022. (Jessica Taylor/UK Parliament via AP) 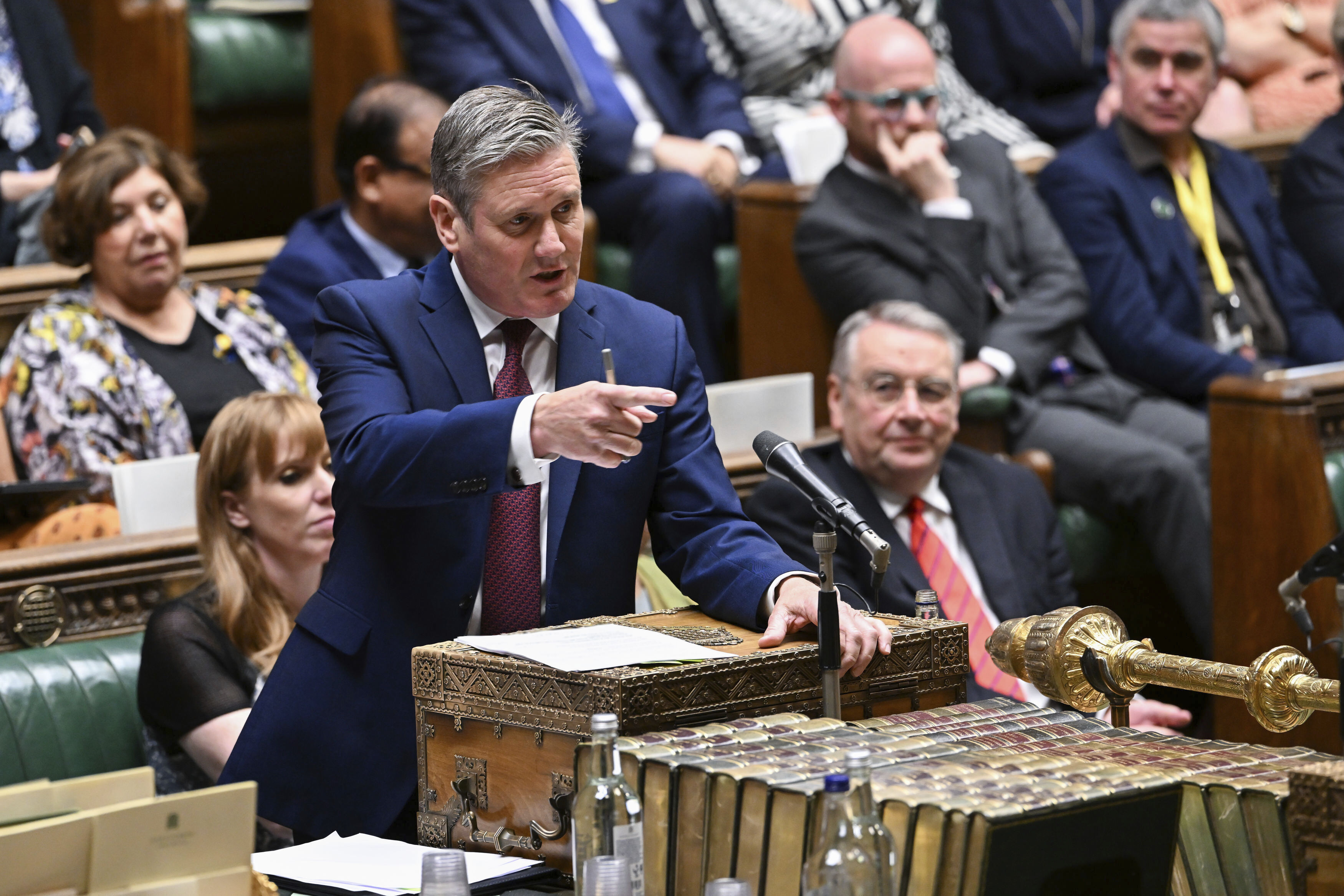