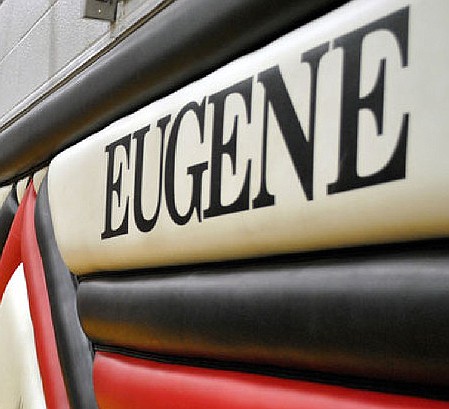 The Cole County R-5 School Board in Eugene selected Deanna Smith as its newest board member, filling a vacancy left by Sarah Strobel, who resigned just after the April election to take a post as the elementary school principal.

Smith has already served a term on the school board and was running for re-election in April but was defeated. Smith garnered 258 votes to fellow incumbent Chuck Angerer's 342 and newcomer Christina Busch's 332.

Per Board Policy 0324, the replacement board member was chosen by majority vote of the school board. Smith will hold the seat until the next election in April, when the election winner will complete the unexpired term.

Smith is a global product manager for Elemental Enzymes, a company that makes biostimulants for crops. She said she wants to be on the board because she loves to serve and be involved. Smith said one of her strengths is asking questions and being informed. Smith said the biggest problem areas for the district are teacher turnover, which she said could be fixed by raising pay and test scores, which could be addressed by increased classroom efficiency.

Other candidates were Larry Kemna and Tracy Wunderlich.

Board members voted by secret ballot and ended in a tie between Deanna Smith and Tracy Wunderlich. The board then moved into executive session and deliberated for about 20 minutes.

Deanna Smith was chosen and sworn in immediately.

Also in the board meeting, the high school principal's report outlined potential changes to the handbook.

The handbook calls for increased penalties for late work, including reducing late assignment grades by 15 percent and accepting late work only for two days. At the junior high level, students that have three or more Fs in core classes would be recommended to be held back. The changes would also prohibit cellphones in classrooms and would allow them to be confiscated if they are seen.

The handbook would also include an attendance policy stating any student who misses 11 days of a class would not receive credit for the class for that semester, though there is an appeal process.

The board did not approve the policies yet, but instead plan to think them over and bring suggestions to the high school principal.

Superintendent Charley Burch told the board the school district could expect $250,000 more in its budget because of increased revenue and money from the state Legislature.

Policy 1475 sets guidelines for memorials on school grounds. The policy permits temporary memorials provided they are at a location that can be avoided by students who "wish not to be reminded." It also permits tribute pages honoring deceased staff members or students in the yearbook and trees or plants in the memorial garden with administrative approval.

It prohibits memorials in the case of suicide.

"Memorials for staff and students lost through suicide will not be established. This policy is the result of the fact that recognition of student suicide may adversely affect others predisposed to suicide," the policy states.

The policy comes on the heels of two student suicides within a year.

The school board voted to approve the memorial policy.

The board also approved a salary schedule and agreed to fund a grant program that would increase base teacher pay to 38,000 upon approval by Gov. Mike Parson. The proposed salary schedule would include a note specifying that state funding, which constitutes 70 percent of the amount, might not be renewed in the future. If the governor were not to approve the measure this year, the teachers' base pay would still be raised to $33,000.