Pope’s recipe to heal his painful knee? A shot of tequila 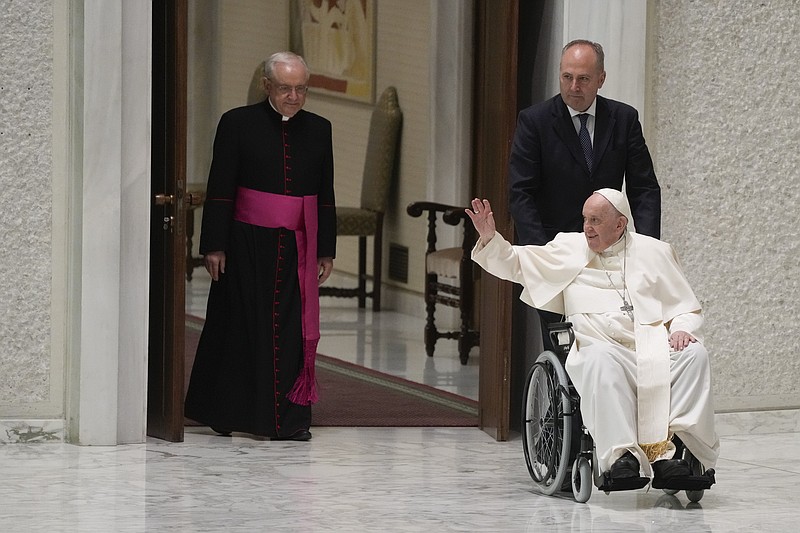 Pope Francis arrives in a wheel chair in the Paul VI hall to attend an audience with pilgrims from central Italy at the Vatican, Saturday, May 14, 2022. (AP Photo/Gregorio Borgia)

ROME (AP) -- Doctors have prescribed a wheelchair, cane and physical therapy to help heal Pope Francis' bad knee. He has other ideas.

According to a viral video of the pope at the end of a recent audience, Francis quipped what he really needs for the pain is a shot of tequila.

Francis was riding in the popemobile in St. Peter's Square when he stopped near a group of Mexican seminarians from the Legion of Christ who asked him in his native Spanish how his knee was doing. After he replied it was "capricious," they told Francis they admired his ability to smile despite the pain, and he was an example for future priests like themselves.

"Do you know what I need for my knee?" Francis asked them from the popemobile. "Some tequila." The seminarians laughed and promised to deliver a bottle to the Santa Marta hotel where Francis lives.

The 85-year-old Argentine pope has been suffering from strained ligaments in his right knee for months, and on doctors' orders, recently has been using a wheelchair and a cane to get around so he can let it heal.

The limits on his mobility have spurred a predictable round of media speculation about his health and a future conclave, but a close collaborator recently said the pope is "better than ever" and is undergoing two hours of physiotherapy a day.

"He's in very good health and the same lucid reflection as always," La Plata, Argentina Bishop Victor Manuel Fernandez tweeted May 14 after seeing the pope. "(There's) a problem in one of his knees, but every day he has more than two hours of rehabilitation, which is producing results. For everything else, he's better than ever."

Francis recently pulled out of a planned two-day trip to Lebanon next month, citing the knee problem, but the Vatican has confirmed he will travel to Congo and South Sudan, as well as Canada, in July. 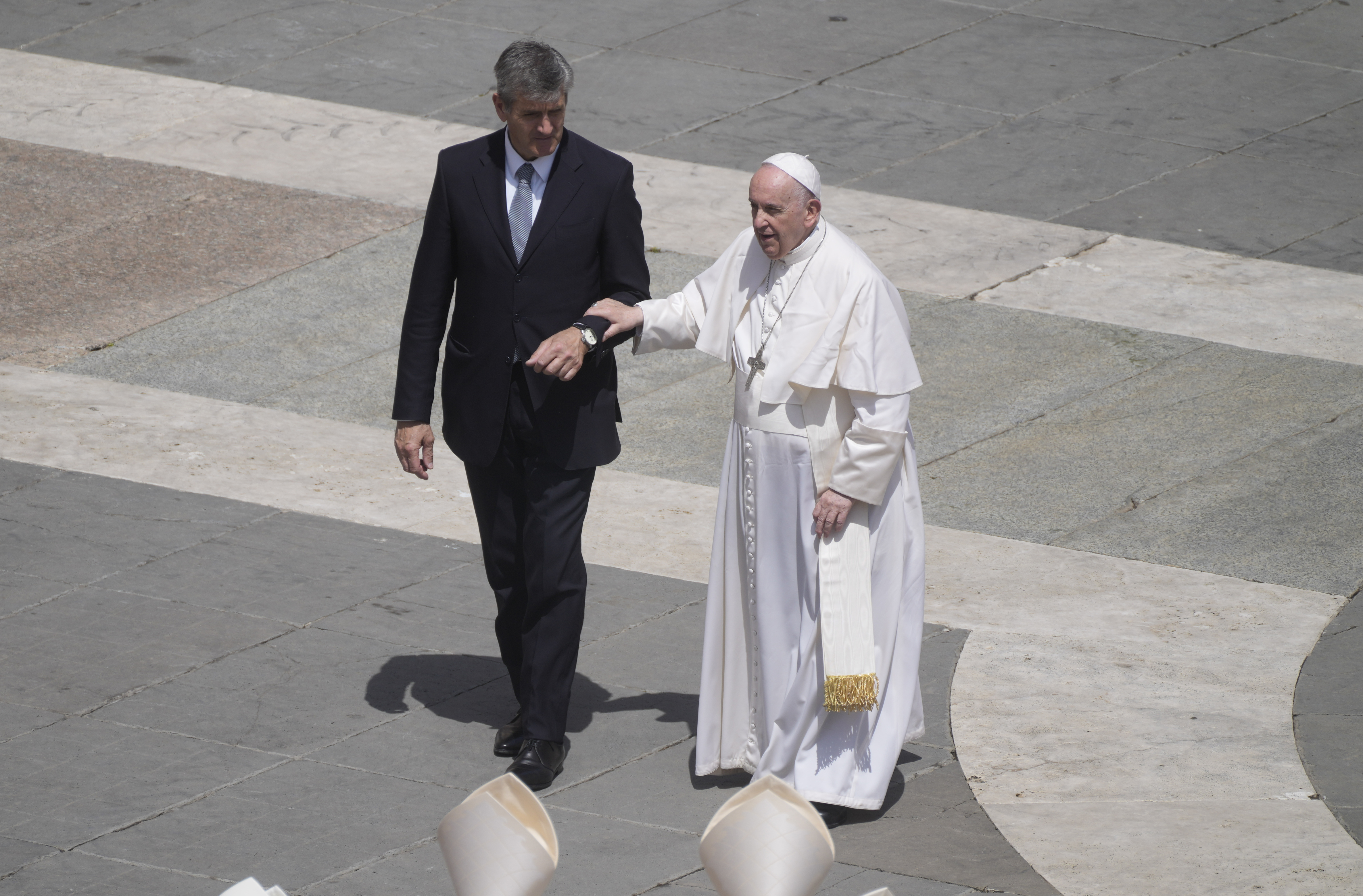 Pope Francis is helped walking at the end of the canonization mass for ten new saints in St. Peter's Square at The Vatican, Sunday, May 15, 2022. Francis created ten new saints on Sunday, rallying from knee pain that has forced him to use a wheelchair to preside over the first canonization ceremony at the Vatican in over two years. (AP Photo/Gregorio Borgia)

Print Headline: Pope’s recipe to heal his painful knee? A shot of tequila