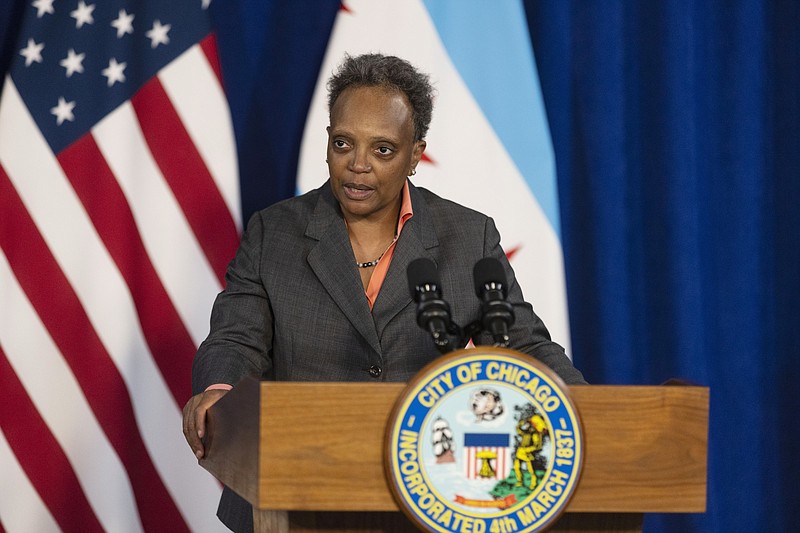 FILE - Mayor Lori Lightfoot speaks during a news conference at City Hall, Monday, May 9, 2022, in Chicago. A curfew banning unaccompanied minors will be implemented to combat violence after a 16-year-old boy was fatally shot near “The Bean” sculpture in downtown Chicago's Millennium Park, which is among the city’s most popular tourist attractions, city officials said Sunday, May 15, 2022. “This senseless loss of life is utterly unacceptable,” Lightfoot said in a statement. (Anthony Vazquez/Chicago Sun-Times via AP, File)

CHICAGO (AP) -- A curfew banning unaccompanied minors will be implemented to combat violence after a 16-year-old boy was fatally shot near "The Bean" sculpture in downtown Chicago's Millennium Park, which is among the city's most popular tourist attractions, city officials said Sunday.

Police said the teen was shot in the chest at about 7:30 p.m. Saturday near the giant, mirrored structure. Police didn't immediately release the teen's name.

He was taken to Lurie Children's Hospital, where he was pronounced dead, police said.

Officials announced Sunday afternoon minors will not be allowed in the park after 6 p.m. Thursday through Sunday without an adult. Officials did not comment on how the curfew will be enforced.

Police also said a 17-year-old was taken into custody after the shooting and a weapon was found on the teen. Charges are pending.

Another teen, who was allegedly armed with a ghost gun -- a weapon that does not have a serial number and can't be traced -- was arrested in connection to the shooting, police said.

In total, 26 minors and five adults were arrested during the gathering in the park on Saturday evening. A total of eight guns were confiscated and five gun arrests were made, police said.

"This senseless loss of life is utterly unacceptable," Mayor Lori Lightfoot said in a statement. "Tonight, a mother is grief-stricken, mourning the loss of her child and searching for answers."

She said new measures will be taken "to help prevent events like this from happening in the future," adding details will be provided later. Her news release referred to young people coming to the downtown area, though it didn't elaborate.

"We must also have zero tolerance for young people carrying firearms or settling petty disputes with acts of violence," the mayor's statement said. "We all must condemn this behavior in the strongest terms possible."

Hundreds of people were at the park earlier Saturday as part of demonstrations around the U.S. against the recently leaked draft opinion that suggests the Supreme Court is prepared to overturn the nationwide right to abortion. It is unclear if the teen who was shot had taken part in the 1 p.m. demonstration, however participants had largely dispersed by late afternoon.

The shooting comes amid a surge in deadly violence in the city in recent years. This year, Chicago has recorded 779 shooting incidents and 194 homicides, compared to 898 shootings and 207 homicides during the same period in 2021, according to figures last updated by the Chicago Police Department on May 8.

Chicago and some other U.S. cities reported dramatic spikes in homicide totals last year. Chicago's 797 homicides in 2021 -- its highest toll for any year in a quarter century -- eclipsed the totals in the two bigger U.S. cities, surpassing Los Angeles' tally by 400 and New York's by nearly 300.

"The Bean" sculpture is a popular tourist attraction in downtown Chicago. It is formally known as "Cloud Gate," but it came to be known as "The Bean" for its bean-like shape. 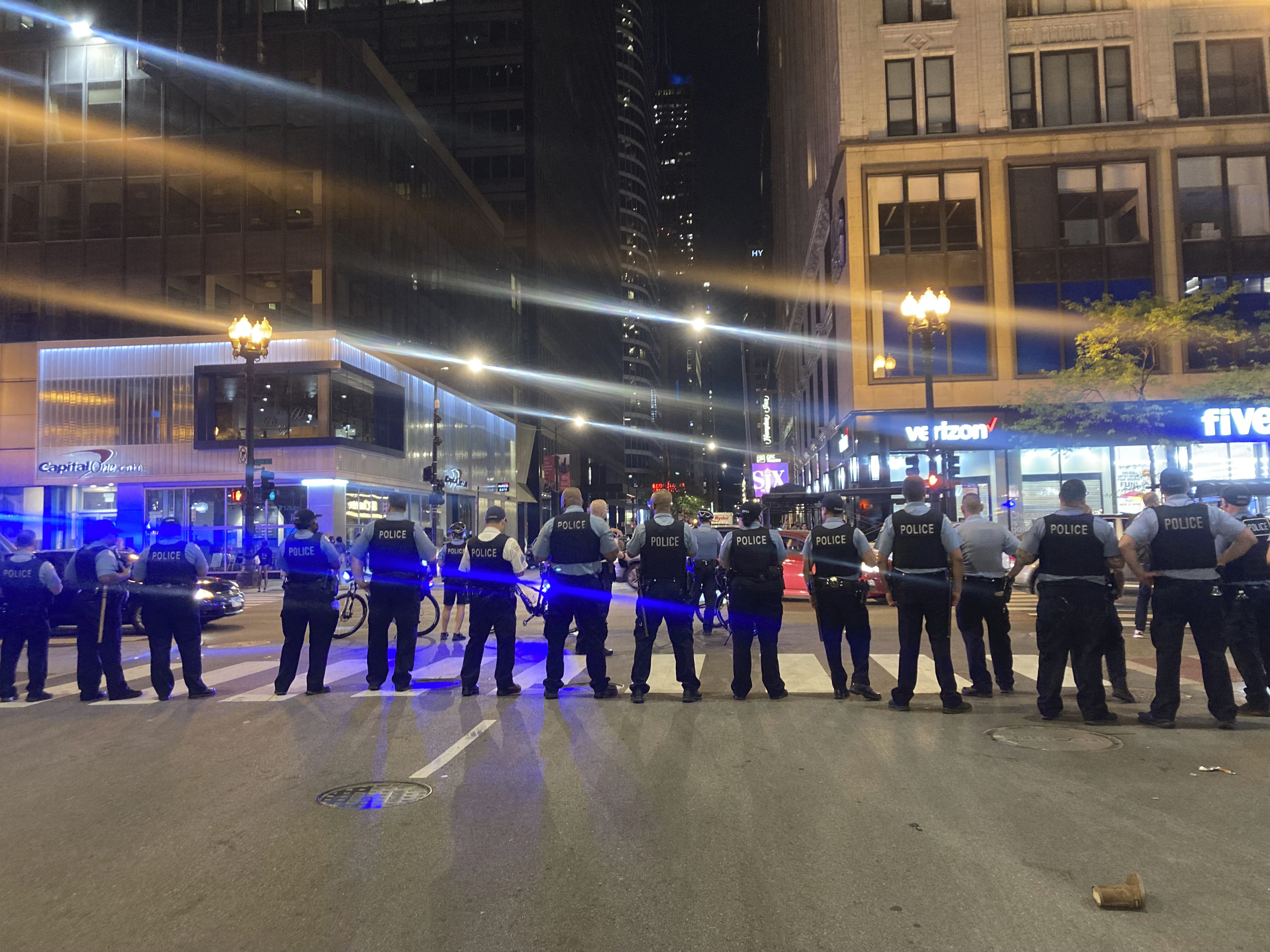 Chicago police block traffic near State and Monroe streets after crowds of young people flooded the Loop after a fatal shooting in Millennial Park in Chicago, late Saturday, May 14, 2022. (Tina Sfondeles/Chicago Sun-Times via AP)