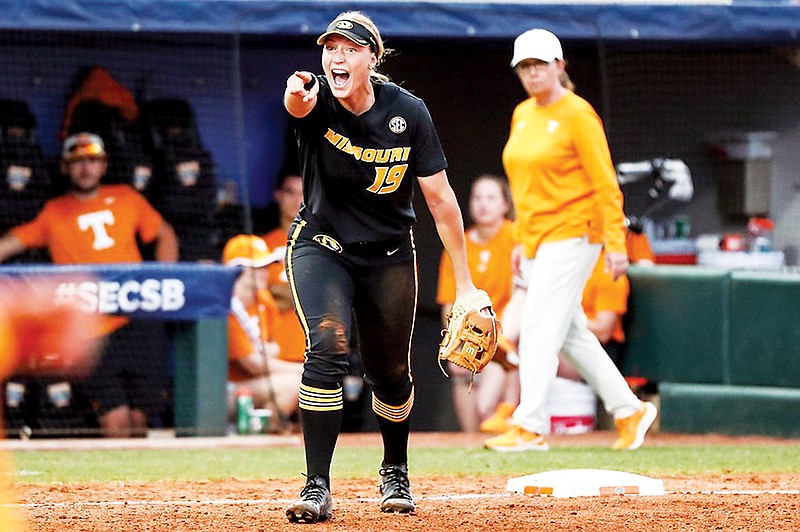 The Missouri Tigers will host an NCAA softball regional for the second straight season.

On Sunday night, Missouri was named the No. 15 overall seed and will host three other schools in the regional that starts Friday at Mizzou Softball Stadium.

“Excited to host,” Missouri coach Larissa Anderson said. “This is absolutely great for our players to be able to play in front of their home crowd. I could not be more proud of them and the run we have made these last couple weeks.

“They absolutely deserve this opportunity to host and play at home and make a great run through the NCAA Tournament.”

Missouri (36-20), who dropped the SEC Tournament title game 4-0 on Saturday to Arkansas, will open the regional with a game against Missouri State (27-18) at 1 p.m. Friday (SEC Network).

Missouri State is making its first NCAA Tournament appearance since 2011. The Lady Bears finished second in the regular season in the Missouri Valley Conference before earning the automatic berth in the NCAA Tournament by winning the conference’s postseason tournament.

Missouri holds a a 38-15 edge in the all-time series against Missouri State.

The double-elimination tournament will continue Saturday and Sunday.

A pair of area pitchers will take part in a regional in Fayetteville, Ark.

Arkansas earned the No. 4 national seed and will be joined by Oregon, Wichita State and Princeton in the four-team field.

Arkansas will open against Princeton at 5 p.m. Friday.

Lauren Howell (Helias) is a pitcher for Arkansas. She has pitched in five games this season for the Razorbacks, totaling five innings.