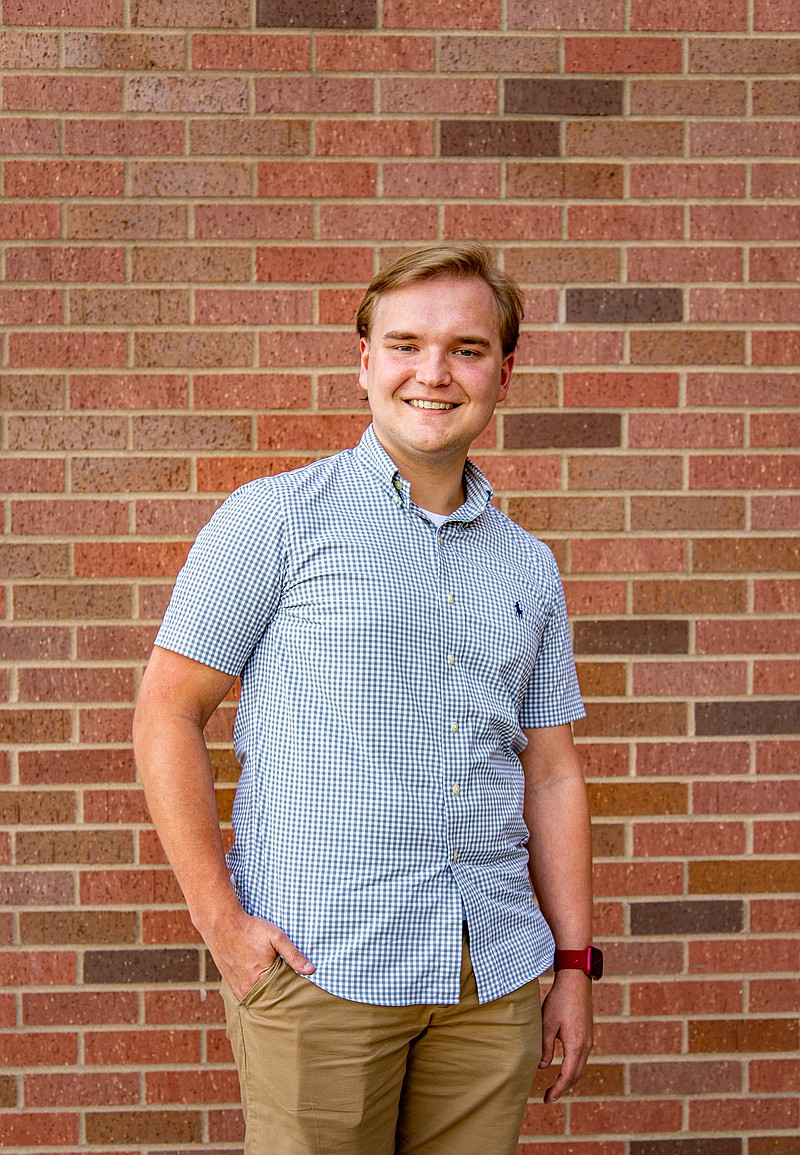 For most people, it would be a pivotal decision in life: study computer science at one of the nation's most prestigious universities or pursue a passion for acting.

A year ago, he graduated from Helias Catholic High School as a standout academically and in theater. He just finished his freshman year at Duke University, where he studies computer science and electrical engineering.

Ludwig's diverse interests are a left brain-right brain dichotomy you don't see in most people.

"I love acting," he said. "It's my main passion creatively, but also have the ability to be STEM- minded, so I like to use that."

He was raised on a farm near Linn and has a background in 4-H. His older brother was into acting, so at age 9 Ludwig gave it a try.

He's performed in the Helias spring musical all four years he attended, starting with playing LeFou in "Beauty and the Beast." As a junior, he played Sebastian, the protagonist crab in "Little Mermaid."

He also pursued acting in local theater groups such as The Little Theatre and Stained Glass Theatre before becoming established with CCP. In all, he's been in around 20 local productions.

When he saw the try-outs for "SpongeBob," he thought: "I'm a shorter guy, a character actor. I can sing at a higher register. It's a perfect part for me."

But the auditions were on his last day of spring break earlier this year. So he auditioned and told the director if he was needed for a "callback" -- a second audition -- he wouldn't be available.

A few days later, director Sarah Sicht called to tell him he landed the role.

After his freshman year at Duke, he returned home to join the other 52 production/cast members in rehearsal.

"It's exciting to get this opportunity to show off my God-given talent of singing and acting," he said.

SpongeBob is ostensibly a children's show, but its smart writing and humor appeal to all ages.

Ludwig said anyone who's watched the TV show will get the references, as well as the music and the plot. As Plankton schemes, it's up to SpongeBob, the eternal optimist, to save the day.

Ludwig appreciates everyone who has contributed to his success, including Rob Crouse, the founder of CCP, who gave him opportunities he otherwise wouldn't have had.

This fall, he'll return to Duke, where he's already been in two theatrical productions. But his main emphasis is studying computer science/electrical engineering.

In this age of rapidly developing technology, he hopes to have a career in software development.

"Computer science and metaversal things have changed the world," he said. "It's just fascinating to me because technology has always been around me."

In the accompanying video, Troy Ludwig rehearses songs from “SpongeBob: The Musical” with the rest of the cast and talks about what it means to him to play SpongeBob in Capital City Productions’ upcoming show.