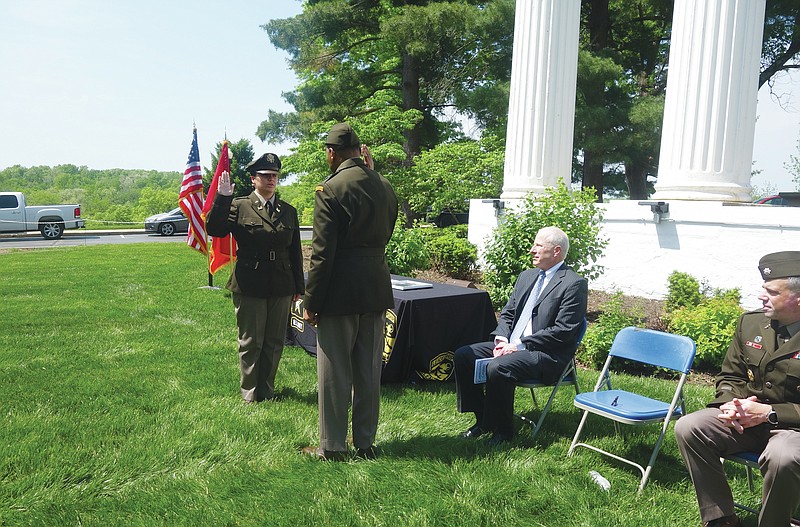 "I don't even know if there's a word for it," Thompson said. "I'm overjoyed because it's kind of the culmination of a lot of really hard work over a lot of years.

"But it feels even better to have people here to celebrate it with me, for sure. The people that have supported me through whole thing. I think that's the best part of it."

Thompson has been in the ROTC program throughout her time at Westminster -- which runs through Lincoln University's program in Jefferson City.

Serving in the military runs in her family, and she wanted to pick up that baton.

Along with her commissioning, Thompson will receive her diploma today, completing a bachelor's of arts in security studies, Spanish and history.

A commissioning, retired Maj. Gen. Byron S. Bagby said during the ceremony, serves as a transition point from being a cadet to an Army officer.

Thompson is originally from Lakewood, Colorado. Her next stop is Washington, D.C.

She'll be attending Georgetown University this fall to earn a master's degree in global, international and comparative history. She'll also serve as an engineering officer in the Army Reserves. 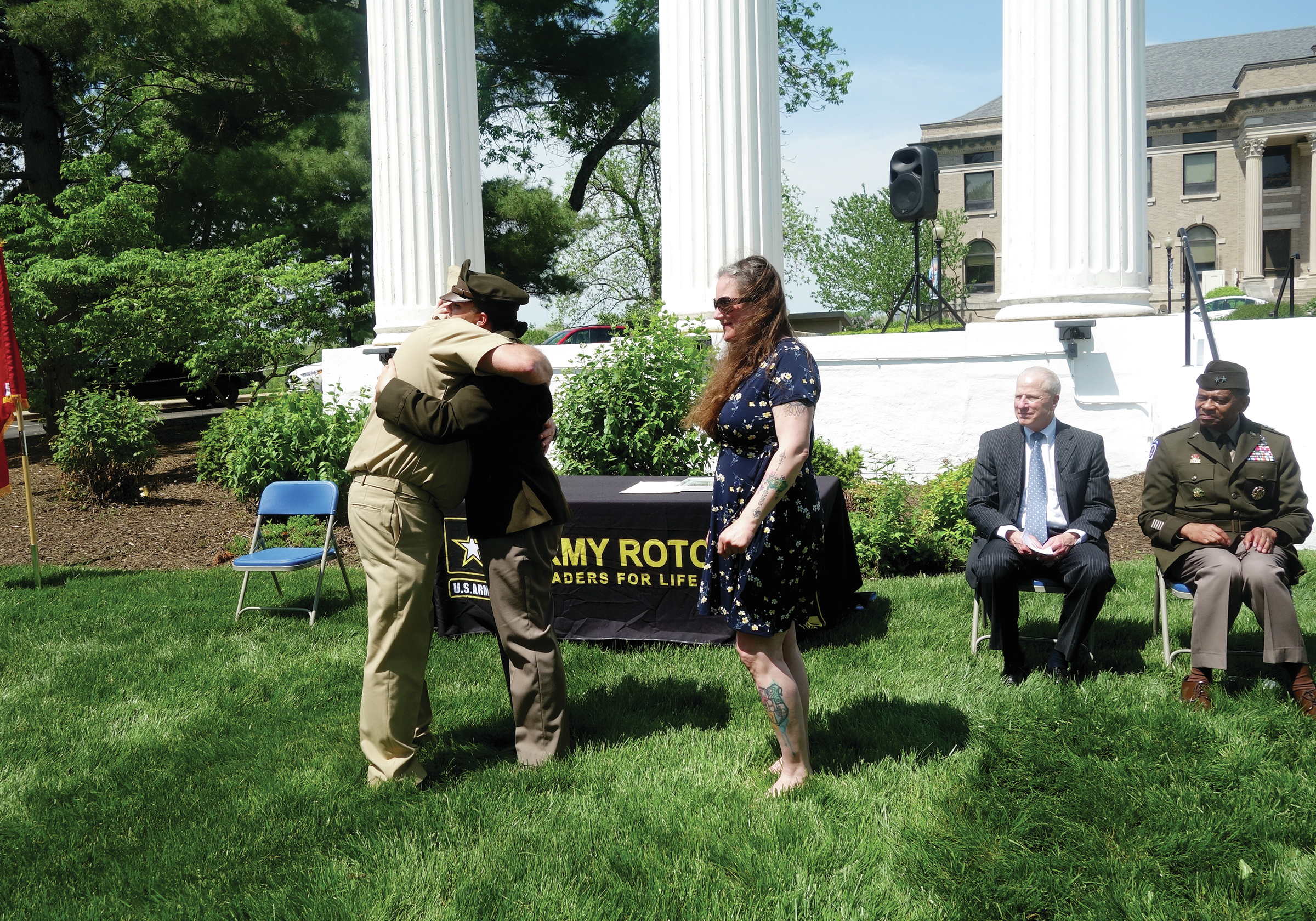