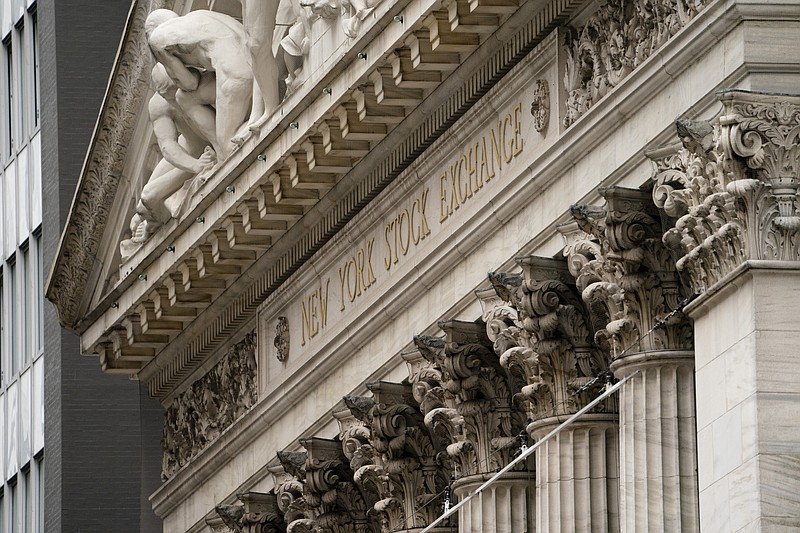 FILE - The New York Stock Exchange operates during normal business hours in the Financial District, Wednesday, Oct. 13, 2021, in the Manhattan borough of New York. Stocks are opening higher on Wall Street, Friday, May 13, 2022, but not enough to claw back all the losses the market has taken in this volatile week of trading. (AP Photo/John Minchillo, File)

NEW YORK (AP) -- Wall Street closed out another volatile week of trading with a broad rally Friday, though it wasn't nearly enough to keep the market from its sixth straight weekly drop, the longest such streak since 2011.

The upbeat finish still left the indexes with weekly losses of more than 2.4 percent each, extending the string of weekly declines to six weeks for the S&P 500 and Nasdaq, while the Dow registered its seventh straight weekly drop.

Markets have been slumping since late March as traders worry that the Federal Reserve may not succeed in its delicate mission of slowing the economy enough to rein in the highest inflation in four decades without causing a recession.

While there have been sudden rallies along the way, including a 2.5 percent gain for the S&P 500 in late April and a 3 percent gain in early May, the market has continued to lose ground since setting an all-time high at the start of the year.

That's not an unusual pattern on Wall Street when indexes are close to entering a bear market, or a decline of 20 percent or more from their most recent peak. The closest the S&P 500 has gotten to a bear market this year was Thursday, when it ended 18.1% below the peak it reached in January.