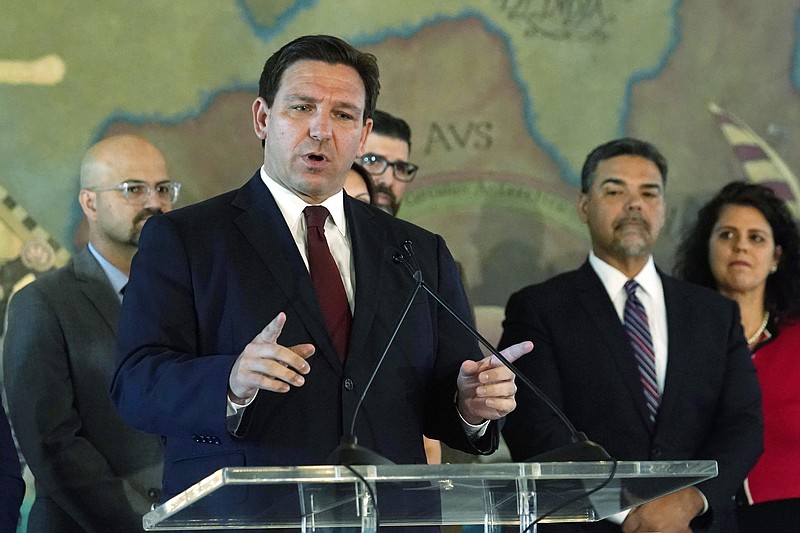 FILE - Florida Gov. Ron DeSantis speaks at Miami's Freedom Tower, on Monday, May 9, 2022, in Miami. A congressional map approved by DeSantis and drawn by his staff is unconstitutional because it breaks up a district where Black voters can choose their representatives, a state judge said Wednesday, May 11, 2022. (AP Photo/Marta Lavandier, File)

TALLAHASSEE, Fla. (AP) -- A judge's ruling that a new congressional map drawn by Republican Florida Gov. Ron DeSantis' staff is unconstitutional has been appealed by the state.

Thursday's notice of appeal came hours after Circuit Judge Layne Smith issued an injunction to prevent the DeSantis map from being used in the November election.

"Because this Court has found a violation of the Florida Constitution and that there is time to remedy the violation, this Court must consider what remedy is appropriate," Smith said in his order. "This Court finds that a narrow remedy -- one that addresses only the diminishment discussed in this order -- is the most appropriate."

Smith ordered a map drawn by a Harvard professor who testified for the plaintiffs should be used, but the state's appeal keeps the DeSantis map in place. The case goes to the 1st District Court of Appeals.

Florida gained a 28th congressional district because of population growth over the past decade, meaning Smith couldn't have ordered current maps to be used while the lawsuit continues.

The appeal comes as the state gets closer to the June 13-17 qualifying period for federal office, and regardless what the appellate court decides, the map will likely then be taken to the state Supreme Court. DeSantis appointed three of the seven current justices.

The map was challenged by several voting rights group, who argued it was unconstitutional because it broke up a north Florida district held by Democratic Rep. Al Lawson where Black residents make up nearly 50 percent of the population. Smith agreed, saying the DeSantis map takes a district with 367,000 Black voters and distributes them among four districts that would be overwhelmingly white.

In an unprecedented move, DeSantis, who is a potential 2024 presidential candidate, interjected himself into the process by submitting his own map just before the Senate was set to approve its map.

During the 60-day legislative session that ended in March, the Senate did not take the governor's map into consideration, and the House approved two maps, a primary map to try to appease DeSantis and a second in case the first map was found to be unconstitutional.

While the House was debating its proposal, DeSantis used Twitter to say it would be dead on arrival. The Senate later approved the House maps and DeSantis kept his promise and vetoed the bill.

DeSantis has said Lawson's district is gerrymandered based on race and claimed that violates the U.S. Constitution. He has said his map is neutral on race. Lawson's district extends 200 miles from Jacksonville to Gadsden in an effort to link Black communities. 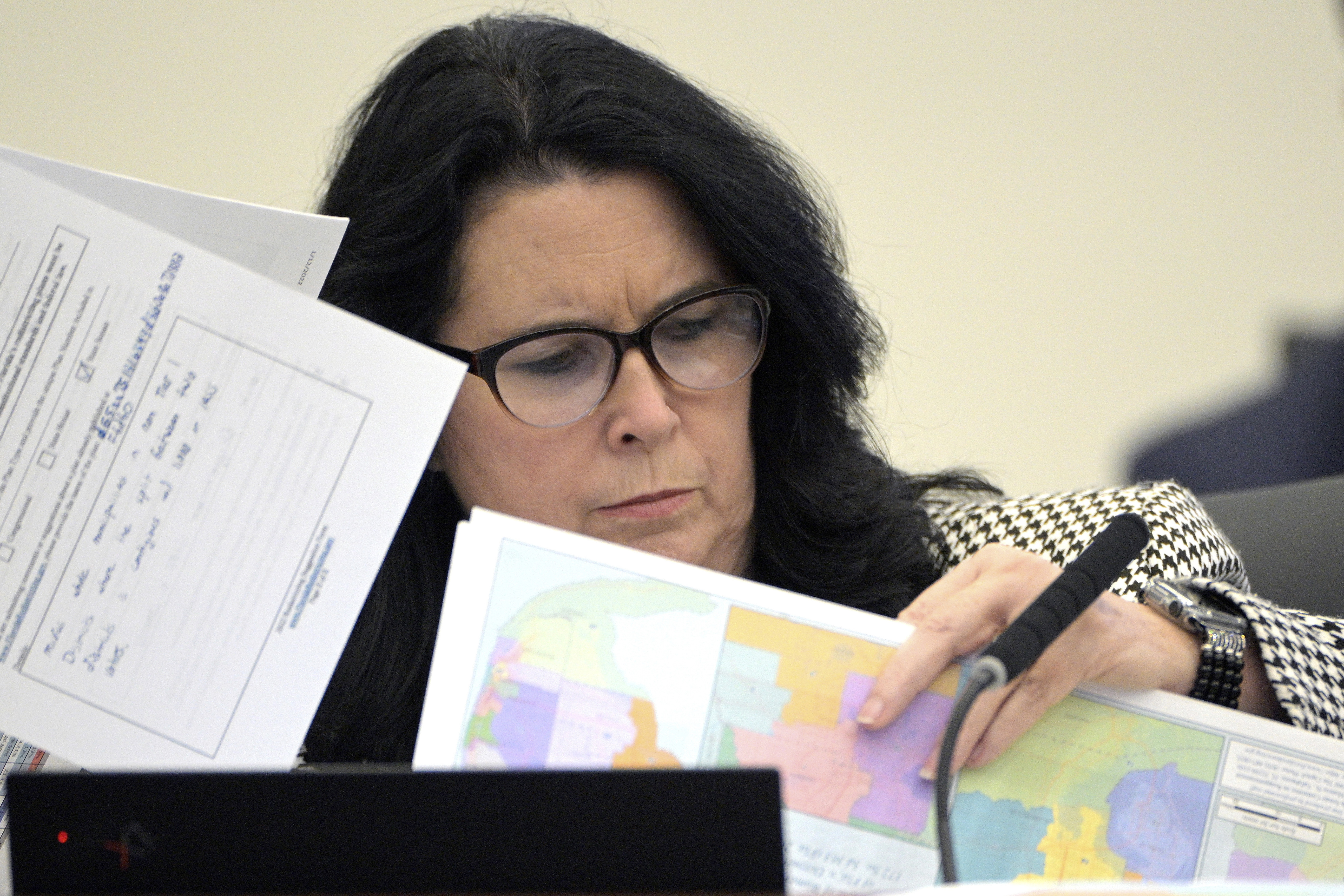 FILE - State Sen. Kelli Stargel looks through redistricting maps during a Senate Committee on Reapportionment hearingon, Jan. 13, 2022, in Tallahassee, Fla. A congressional map approved by Florida Republican Gov. Ron DeSantis and drawn by his staff is unconstitutional because it breaks up a district where Black voters can choose their representatives, a state judge said Wednesday, May 11, 2022. (AP Photo/Phelan M. Ebenhack, File)