Friedens United Church of Christ has served Brazito area since 1902 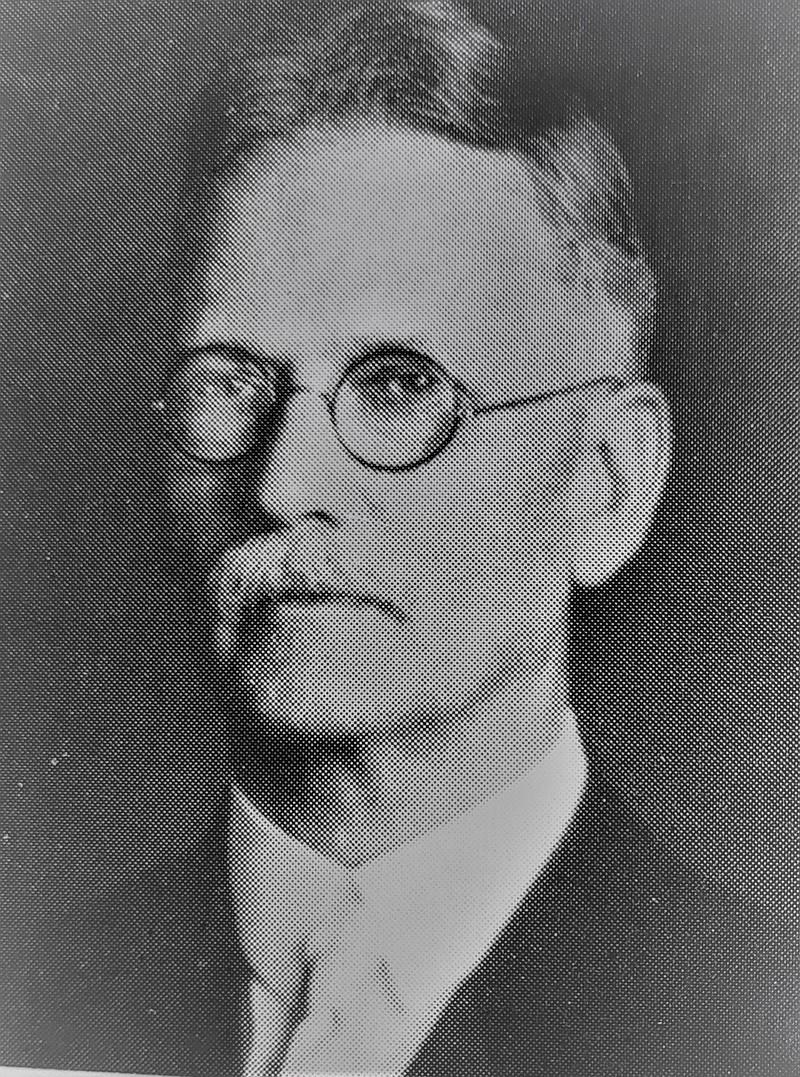 Churches often become historical representatives of the community in which they were organized.

Friedens United Church of Christ in Brazito, though small in membership, has weathered the decades with fortitude and continues to carry forth spiritual traditions that were established by their forebears around the turn of the 20th century.

On Dec. 25, 1846, the Battle of El Brazito was fought between Missouri volunteers and Mexican troops along a bend in the Rio Grande during the Mexican-American War. The victory of the Missouri soldiers became etched in the memory of a veteran who returned to Cole County and, in the early 1850s, gave the name of this battle -- Brazito -- to the small community now located south of Jefferson City along U.S. 54.

Christopher Arnhold, a German immigrant and area landowner who helped in the founding of Brazito, erected a successful general store in the community. Soon, the population grew to more than four dozen residents and boasted such businesses and organizations as a post office, hotel, one-room schoolhouse, blacksmith, barbershop and fraternal lodges.

But it was Arnhold's only son, Charles, who took over his father's business endeavors and, through his generosity, helped bring a church to the community. As a charter member of the congregation, he donated the land on which the church was to be built.

Church records describe attempts to organize a church in Brazito beginning on Sept. 1, 1889. Official minutes from Central Church in Jefferson City indicate on this date, the Rev. J.U. Schneider "was given permission to cancel one evening service each month in order to enable him to organize a Christian congregation in Brazito."

Despite Schneider's efforts, another 13 years passed before his vision became a reality through the dedication of another pastor from Central Church.

"On October 19, 1902 (the official founding date), another service of worship was held in the Odd Fellows Hall (in Brazito) and a congregation was organized," church records reveal. "The group voted to erect a church edifice in the near future and hired Mr. Andy Miller as carpenter."

The Evangelical Friedens Church was organized under the leadership of the Rev. Charles Hoffman. Translated from German, the word "frieden" means "peace." The name of the new church paid homage to the German families who helped in its establishment.

In early summer 1903, the cornerstone for the new church was laid and on Nov. 22, 1903, the building was dedicated. In the year 1904, a site was designated for the church cemetery during a congregational meeting and the first full-time pastor, the Rev. Martin Hoefer, was installed. In 1906, a parsonage was built on the northeast corner of the church property.

"In the early history of the congregation, it was voted to become affiliated with what was then the German Evangelical Synod of North America," church historical documents state.

Many forms of growth -- spiritual, membership and church activities -- defined the next few decades. Children's confirmation began in 1905 followed by erection of a parsonage and establishment of a Sunday School. Though businesses began to disappear from the Brazito landscape, the church remained a stalwart fixture.

"On April 1, 1951, the (nearby) Osage Bluff Methodist Church congregation which had ceased to function, decided to dispose of the church edifice," noted the Cole County Historical Society and Museum.

The congregation of Friedens purchased Methodist Church building for $300, and it was dismantled, moved and rebuilt in the back of the original Friedens Church to be used as a fellowship hall. Seven of the former Methodist church members transferred their membership to Friedens.

The years were accompanied by improvements and updates to the church, with stained glass windows installed, placement of a new altar, and the addition of rooms for Sunday School classes and new kitchen facilities. The parsonage, having stood for nearly 65 years, was razed in 1971.

The community of Brazito, though a relative shadow of its early activity, gathered to participate in the country's bicentennial celebration activities in 1976. A monument made from native stone was built on the church grounds and contained a plaque honoring the community's history; the dedication took place on June 19, 1977.

"There really aren't any of the old-timers left who can tell the story of Brazito or Friedens," Randy Deuschle said. "My wife grew up in this church and was the great-granddaughter of John Bachmann, a charter member."

Pausing, he added, "It's good to see the church continue its ministry and its history preserved."

Many long-time church members refer to the congregation as their second home, warmly recalling past members such as the late Emeline Crede. She and her husband, Clarence, were known for being active in the church and welcoming new and potential members to the congregation.

The church has experienced varying levels of attendance, now averaging around 30 congregants at worship services. Its future, according to "A Brief History of Friedens United Church of Christ" compiled in 1977, is one built upon a strong foundation by a dedicated and resourceful congregation.

The church history proclaimed, "It is exciting to stand on the threshold of the future for Friedens, because with that kind of a past, anything can happen as the members continue to build the Kingdom of God in the neighborhood of Brazito."

Jeremy P. Ämick is the author of the new book "Hidden History of Cole County, Missouri." 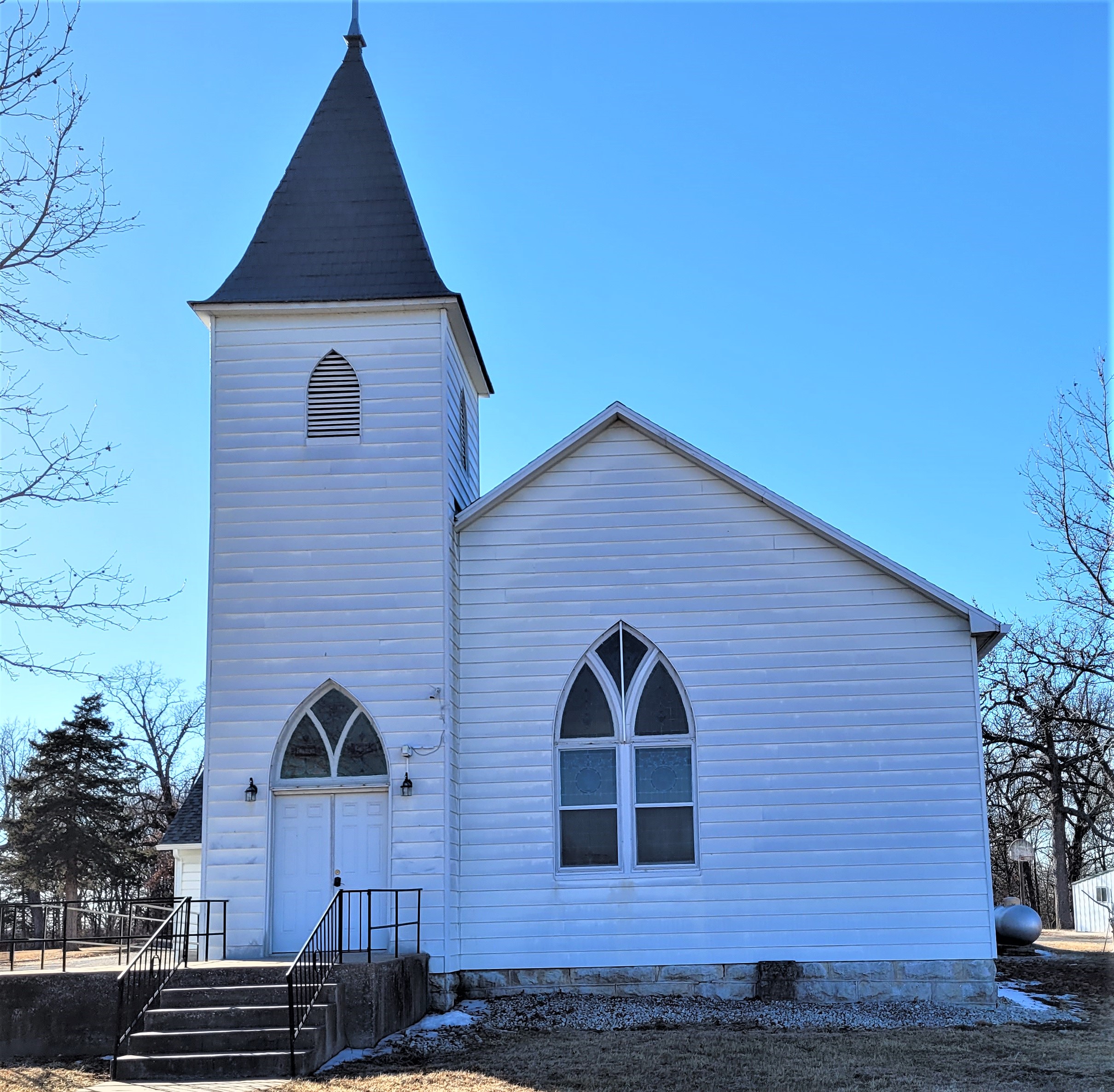