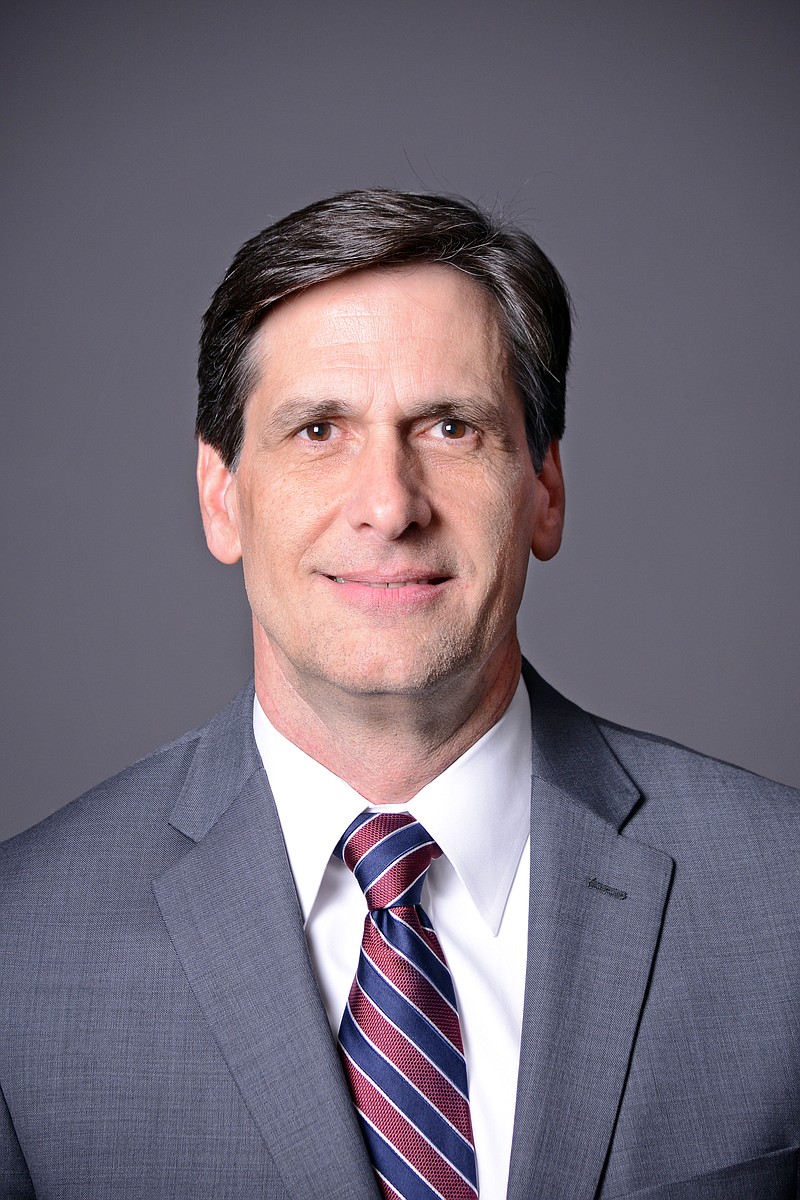 David Meadows would walk through the Jefferson City News Tribune newsroom every few hours during the work day.

A tall man, it seemed his long legs carried him through in just a few strides as he glided by.

But, occasionally, Meadows would stop and chat with reporters, sharing his sense of humor and self-deprecation.

For instance, reporters always seemed to know it was about lunchtime when they smelled burnt popcorn from his nearby office. He took their ribbing courteously.

It didn't seem like he'd been part of the newsroom long before he was gone. Meadows, who was 58, died Wednesday night. He is survived by his wife, Dianna, and their two sons, Connor and Garrett.

Nat Lea IV, president and chief executive officer of WEHCO Media, owners of Central Missouri Newspapers Inc., said of Meadows: "David was a fine person and a great leader; he will be missed. I was shocked to hear of his passing. Certainly my thoughts today have been with his family and our co-workers in the Jefferson City operation."

"It was my honor to have the opportunity to work with such a talented professional," Lane said. "Our thoughts and prayers are with the Meadows family."

Meadows had been general manager at the Jefferson City News Tribune (and the Fulton Sun, California Democrat, HER Magazine and the Central Missouri Newspapers' commercial printing facility) for about 2½ years, having been selected for the job in December 2019, about two months before the COVID-19 pandemic broke out.

Many in the newsroom had barely gotten to know him before they were told to work from home.

When reporters returned to the office in March 2021, he was a constant source of encouragement.

News Tribune Managing Editor Gary Castor said Meadows had served a variety of roles during his career in newspapers. He had been in production, which allowed him to "talk the talk" with staff in press rooms and mail rooms. However, he also served many years as a publisher/editor and had a clear understanding of news and what it tries to do.

He had more than 30 years experience in newspapers before he came to Jefferson City -- 16 of which came as a general manager or publisher.

His most recent position before joining CMNI was as a publisher with Paxton Media Group in Russellville, Arkansas. He had worked with Gannett and Morris Communications.

Castor described Meadows as also being an astute businessman, whose stops in his career gave him broad perspectives on the industry.

"The man was exceptional. He was a great boss, and frankly, a great friend," Castor said. "What always struck me was he had a kindness and a gentleness. He would listen well. What I appreciated about him most was, he respected what we are trying to do in the newsroom, and he gave us as much support and encouragement as possible."

Castor said he and Meadows also connected as fathers of young adults who had left the nest or were on their way out of it.

Meadows was a funny, humble man who lived his faith as a Christian, Castor said.

"He had the ability to talk about the small elements of life to the big elements of life," Castor said. "He wanted to know the people he was working with beyond what they did."

He wanted to know what their lives were like.

Recently, when he saw a new reporter on the sports side, Meadows privately asked Castor to remind him of the young man's name. He wanted to reach out to the reporter to connect with him.

"He wanted to get to know the guy. That was just him," Castor said.

When he joined CMNI, his new team welcomed him as a leader with a strong understanding of the news business and a passion for the news industry.

He praised the news foundation in Jefferson City for its ties and collaborations within the community.

Meadows said he was eager to reach out to the community alongside Castor to strengthen those connections.

Yet, Meadows could often be heard laughing with reporters and designers.

During Meadows' time at Central Missouri Newspapers, reporter Jeff Haldiman discussed various topics with him -- including old rock bands. They bonded over Head East, REO Speedwagon, Styx and other classic rock bands from the '70s.

Even during the shutdown, Meadows was a positive influence.

"He was a glass-half-full type of guy," Haldiman said.

Chief photographer Julie Smith, who has an office next to Meadows' office, said she could hear him speaking -- not singing -- speaking lyrics from REO Speedwagon songs. Meadows would say a line, then Smith would respond with the next line.

He'd stick his head in and say hello to her.

Smith said the first time she interacted with Meadows really occurred in 2021 when Smith received recognition for 30 years at the Jefferson City News Tribune. A colleague went into Smith's office and strung it with banners recognizing 30.

Smith said she kept forgetting to bring a step stool in so she could reach up and take the banners down. He just reached up and took them down one day.

Meadows would walk to her office and let Julie know he liked a certain picture. And he was "pretty excited" when in 2021 she entered the Missouri Photojournalism Hall of Fame.

For the first several days afterward, he'd stick his head in and say, "Hall of fame, how does that feel?"

Before Meadows' arrival, there had been such a long-time vacuum on the business side, Haldiman said. He added that WEHCO Media realized when it pursued him for the job that Meadows would strengthen the business side, and was excited when he arrived in Jefferson City.

At the time of Meadows' hire, Lane said the new general manager really knew what he was doing and could help the WEHCO team.

During a staff meeting at the News Tribune on Thursday afternoon, Lane said Meadows had exceeded expectations and had somehow created growth during the pandemic. Lane mused he had swung and missed on some previous hires, but Meadows was different.